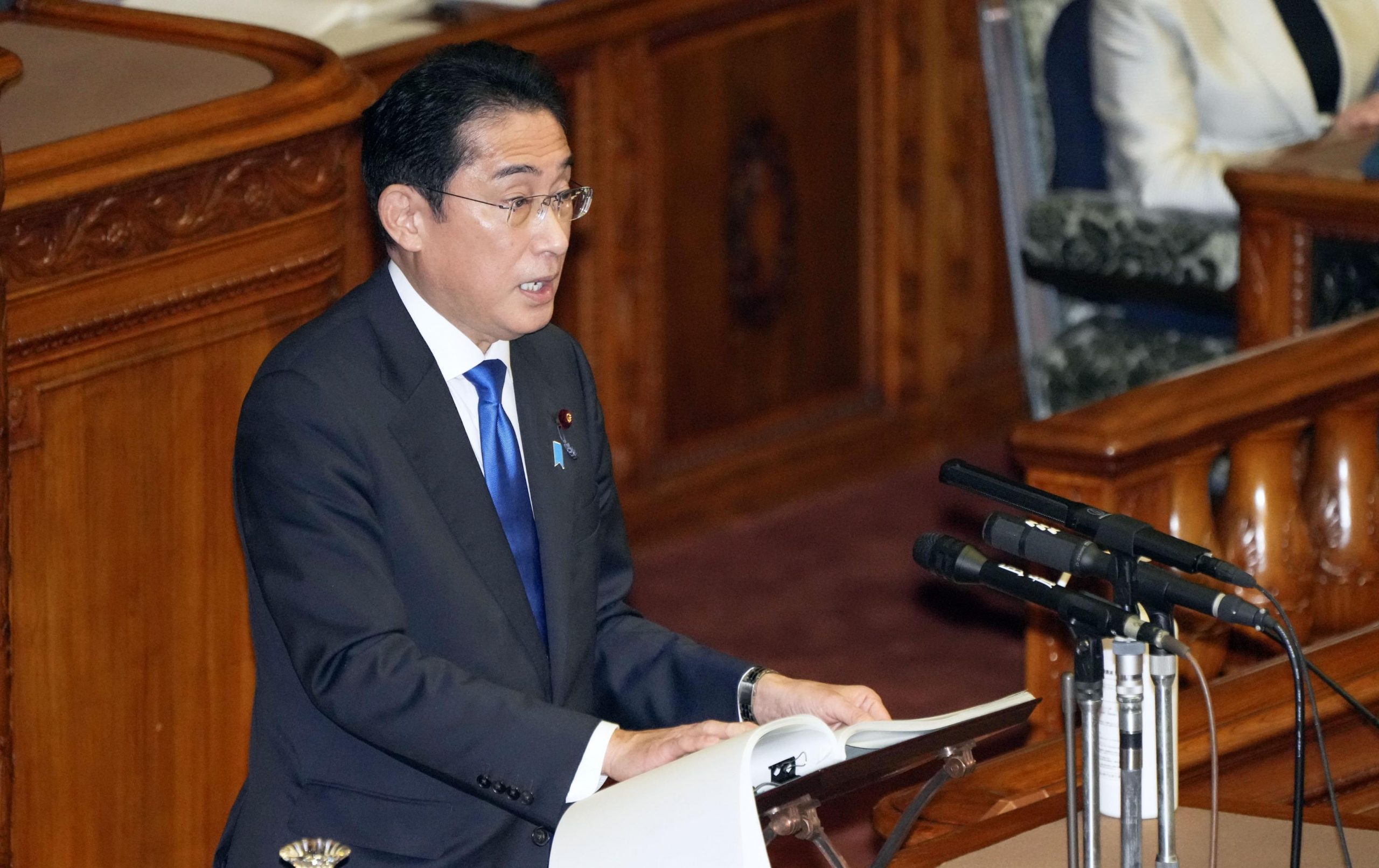 On January 23, Japanese Prime Minister Fumio Kishida delivered his first speech of 2023 before the new session of the National Diet. He used the opportunity to outline his key policies going forward in national defense, economy, innovation, support for young families, and more.

He underlined that this is a "key moment in history." Japan and the world are facing the war in Ukraine, an energy crisis, challenges to the status quo in international relations, climate change, supply chain issues, and changes in globalization.

"There is no better time than the present to move forward in this new direction," said Kishida. Looking toward the Hiroshima G7 summit, scheduled from May 19-21, Kishida pledged to show responsibility and leadership on the world stage in 2023.

Below, we look at the key features of the Prime Minister's speech.

In December 2022, the Japanese government approved a defense budget, proposing to increase defense spending over the next five years to 2% of the country's GDP. That is the same level committed to by NATO members.

"We need to prioritize to meet the changes in international relations. And what is necessary to tackle these changes are national defense capabilities," explained Kishida.

On top of strengthening self-defense capabilities, Kishida raised the prospects for future developments and research in cybersecurity and space technology. "We need to think now of the future generations," said Kishida.

To the critics, Kishida pointed out that:

This decision [to increase the budget] comes as a big transition for Japan's security policy. But I want to make clear that the change is intended to be within the limitations of our constitution and international law, without giving up the three non-nuclear principles, and our principles of being a defense-oriented and a peaceful country. Those are pillars that will remain unchanged.

The three non-nuclear principles indicate Japan's pledge since 1967 of "not possessing, not producing and not permitting the introduction of nuclear weapons into Japan."

Pledging to help Okinawa build a strong economy, Kishida said: "We will continue our efforts to reduce the burden on the military bases in addition to strengthening the Japan-US alliance. We will aim for the relocation of the Futenma Air Station as soon as possible to Henoko."

2. Towards a More Dynamic Economy

Kishida's election campaign was centered around an economic plan aiming for "a virtuous cycle of growth." It would lead to more wealth for all classes in society, and was baptized the "New Form of Capitalism."

In his speech Kishida addressed the cost of living crisis and the government's continued effort to encourage a rise in wages. Both,he said, are urgent economic matters. "We want to continue delivering the economic measures that will allow growth and transform the labor market to initiate structural change," he explained.

He also mapped out other policies to make the economy more dynamic. Among them, support for reskilling workers and a more flexible approach to freelance workers. These, he said, would lead to "a diverse workforce, and encourage motivated and talented individuals to express their full potential."

3. Policies Aimed at Children and Families

The number of babies born in Japan hit a record low for seven straight years in 2022, falling below 800,000 for the first time since the government started compiling statistics on births in 1899.

Determined to tackle this issue, Kishida dedicated a significant portion of his speech to this theme, and said, "We want to create an economic society which puts children first and reverses the birth rate trend."

Among other measures, he proposed decreasing the financial burden on parents paying for their children's education. This would make "a society that everyone can be a part of, no matter what age or gender," he proffered.

In April 2023, the government will also launch a new children and family agency.

Aiming to create "a society which values diversity", Kishida mapped out policies to assist several demographics, including women, the younger generation, and those living outside the major urban centers.

Looking towards the countryside, Kishida said the administration aims to increase tourism by foreigners and Japanese. At the same time, he mentioned investing in policies such as digitalizing the agricultural sector to foster the export of Japanese produce.

Kishida reiterated that from spring 2023 the categorization of COVID-19 as an infectious disease will be downgraded to a Category V disease. This would put it in the same framework as the seasonal flu.

With the aim of restoring economic activity across the board to pre-pandemic levels, "I will keep working to bring back the everyday life we all knew before COVID-19," Kishida emphasized.

As the war in Ukraine rages on, Kishida had harsh words for disruptive countries around the world. "The unilateral exercise of force will not be tolerated, no matter where this might be in the world," said the prime minister. From his comments it was clear he intends to showcase this position at the upcoming G7 Hiroshima summit in May.

More broadly, Kishida pointed towards policies aimed at helping the global south, meaning developing countries in the southern hemisphere, in the fields of energy and food supply.

Also, Kishida sent a message to the various actors in the Indo-Pacific. First and foremost, looking at the United States, he pledged a "strengthening of the Japan-US alliance" through various channels, such as issues with supply chain, cooperation on semiconductor production, and economic security.

He also spoke to other actors in Asia and Europe, in particular to countries involved in the "Free and Open Indo-Pacific." He included members in the newly formed Indo-Pacific Economic Framework (IPEF), among others. In these partnerships, "I aim to obtain concrete results," said Kishida.

Referring to China's "unilateral show of force in the South and East China Sea," he said, "We ask for China to act responsibly." At the same time, the prime minister expressed his hope for "building a stable relationship based on themes of common interest."

Kishida also directed an admonition toward North Korea for the still unresolved abductions issue and Pyongyang's continuous launches of inter-ballistic missiles in 2022. "We will leave no stone unturned to solve these issues with North Korea," said Kishida.

The prime minister briefly mentioned his hopes that in the coming National Diet session, there will be "fruitful discussion towards the first ever constitutional reform in [Japan's postwar] history." The occupation-era Japanese constitution has never been amended.

In closing, Kishida addressed what he defined as the electorate's "loss of faith in politics" following the debate on the Unification Church in Japan.

"As a politician who has always believed that trust is the most important foundation of politics, I am deeply saddened. From now on, I will keep working so that this type of problem will not occur again."