Who Benefitted from the Trump-Kim Summit? Xi Jinping and China 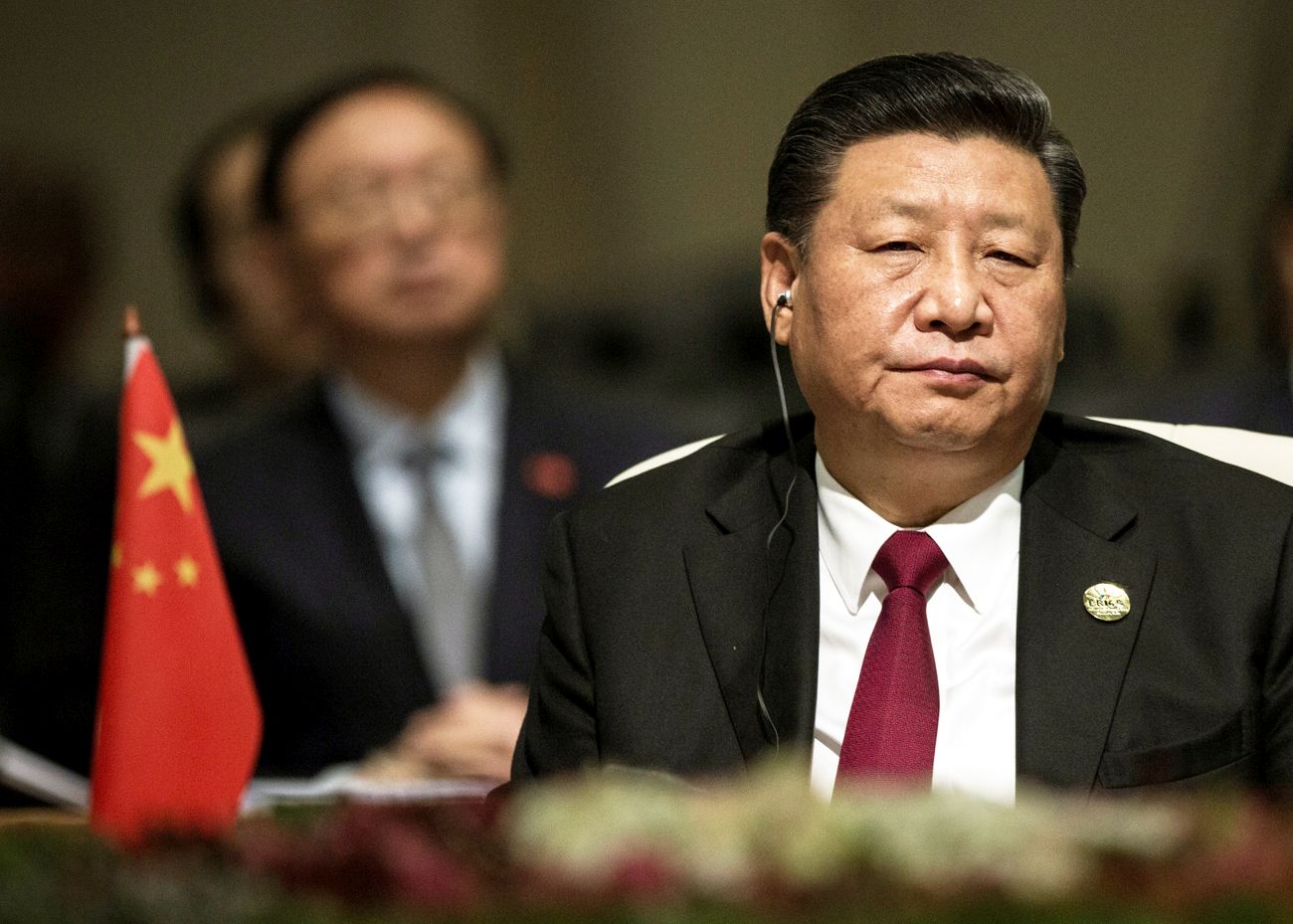 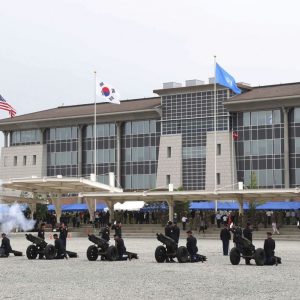 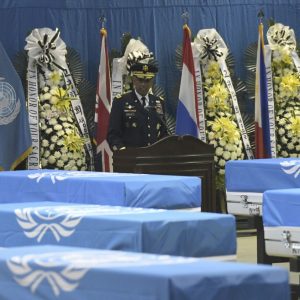 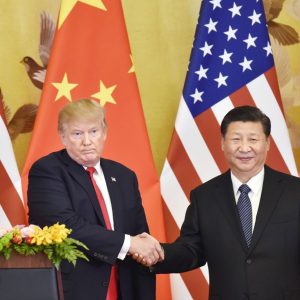 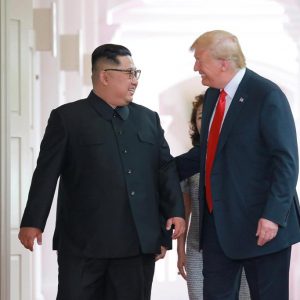 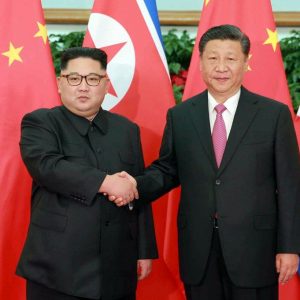 China’s policy and academic community could be divided into three general camps on the question of how to deal with North Korea prior to the summit in Singapore between President Trump and DPRK Chairman Kim Jong Un.

Some scholars and policy commentators in the Middle Kingdom believed that the Communist Party and China’s government should strengthen China’s alliance with the DPRK. Other international relations thinkers were of the view that Beijing’s entire strategy toward the DPRK should be reassessed in view of China’s changed economic and political interests in the 21st century. Yet another group in China noted that as close allies with a traditional friendship and centuries of contacts, the two countries has historical basis for their close ties which cannot be ignored.

Regardless of the debate, China’s desires and interests in the Korean Peninsula have been clear for decades. Beijing has consistently called for peace and stability on the Korean Peninsula. Beijing also has tried to foster “denuclearization” on the peninsula—a formulation that has a different meaning for each the United States, China, and the DPRK.

The Communist Party and PRC government have tried to preserve influence over the DPRK, even while improving political and economic ties with the Republic of Korea. Finally, Beijing has consistently tried to avoid situations that would weaken the capacity of the North Korean regime to control the country or would lead to chaos in the DPRK, even at times while complying with United Nations sanctions against the DPRK.

Given Beijing’s approach, it is useful to review some of the history of U.S. actions toward and negotiations with North Korea in light of President Trump’s meeting with Chairman Kim.

In an essay in Arms Control Today, Leon Sigal reminds that the administration of President George H.W. Bush provided assurances to North Korea in September 1991 that U.S. nuclear warheads would be withdrawn from the Korean Peninsula and the annual military exercise “Team Spirit” between the U.S. and South Korea would be suspended.

According to Sigal, “North Korea reciprocated [the Bush administration actions], putting the brakes on its nuclear ambitions.”

On December 31, 1991, North Korea concluded a Joint Declaration on the Denuclearization of the Korean Peninsula with South Korea, agreeing not to “test, produce, receive, possess, store, deploy or use nuclear weapons.” North Korea also pledged it would not “possess facilities for nuclear reprocessing and enrichment.”

Further, Sigal writes, “The DPRK agreed to mutual inspections with South Korea, with procedures to be worked out by a Joint Nuclear Control Commission. On January 30, 1992, North Korea signed its safeguards accord with the IAEA [International Atomic Energy Agency].”

The problem, of course, is that the IAEA found that North Korea was cheating, and by 1994 a crisis brewed between North Korea and the United States.

The U.S. restarted major military exercises, although it did not restore the nuclear weapons in South Korea. The U.S. dispatched diplomats to China to seek help in pressuring the North and sought to avoid a war. Eventually the “Six Party Talks” were started, with payments to the DPRK as incentives to stop the nuclear program. But, again, North Korea cheated.

We could review 12 more years of the history of North Korea’s missile and nuclear development. Suffice it to say, however, that today Chairman Kim controls missiles that are capable of striking the U.S.—and an estimated inventory of 16 to 20 nuclear weapons.

That disturbing fact aside, the U.S. and its allies, as well as China, seek North Korean “denuclearization.” The meaning of that term deserves more attention.

For Beijing, and for the DPRK, denuclearization means an end to United States’ extended deterrence to North Korea, even if there are no longer U.S. nuclear weapons on the peninsula. Beijing also would like to see the U.S. withdraw its military forces from South Korea and dismember the U.S.-Korea Combined Forces Command and U.S. Forces Korea (USFK).

This would still mean that a United Nations Command remains on the peninsula because the Korean War has not ended and only an armistice stopped active combat. Leaders in China would be delighted to see a complete end to the U.S.-ROK alliance along with the removal of the Theater High-Altitude Air Defense (THAAD) batteries and their radars from South Korea.

It also is important to understand that China would prefer to see a divided peninsula, which is easier for it to manage. The last thing leaders in Beijing would want to see is a unified Korean Peninsula with a democratically-elected government and a free and open economy.

According to Carla Freeman, a professor at Georgetown University who has published an edited volume to which a number of Chinese scholars contributed, debates among Chinese policy elites regarding China’s strategic priorities indicate that “Beijing is searching for fresh approaches to dealing with the multiple challenges it faces to its security resulting from North Korea’s nuclear program. China views North Korea as an increasingly complicated and wicked strategic problem. This expands the areas in which the United States can seek to engage China in search of policy solutions.”

Freeman points out that Chinese and U.S. interests align in a number of areas: “using economic pressure to force North Korea into negotiations; reassuring South Korea regarding its security; preparations for radiological, nuclear, and chemical weapon contamination clean-up; and preventing miscalculation or accidental confrontations between Chinese and U.S. or South Korean military forces in Northeast Asia. The United States has an opportunity to influence Chinese contingency planning by targeting these areas.”

Starting in March 2018, following diplomatic overtures from North Korea to South Korea and the United States, Beijing shifted its tactics toward Pyongyang with the aim of improving relations with the Kim regime. President Xi and Kim Jong Un have met twice this year.

This shift in Xi’s approach to the DPRK reflects concerns about potentially losing influence in Pyongyang amid the flurry of diplomacy among other countries related to the Korean Peninsula. China worries North Korea could strike agreements with South Korea and the United States that negatively affect China’s interests.

The new approach also helps reaffirm China’s status as a major power in Northeast Asia and emphasizes to others that Beijing will not countenance being isolated on an important regional security issue. Xi Jinping reinforced this through meetings with Kim Jong Un, and Kim drove the relationship between North Korea and China home by flying an Air China jet on loan from the Chinese government to the summit in Singapore.

Not much has come of the Singapore summit to date, although the return of missing service members from the Korean War is an excellent gesture.  From a policy perspective, however, the main beneficiary of the Singapore Summit between President Donald Trump and Kim Jong Un is Xi Jinping and China.