Why China Wants U.S. Forces Out of the Korean Peninsula 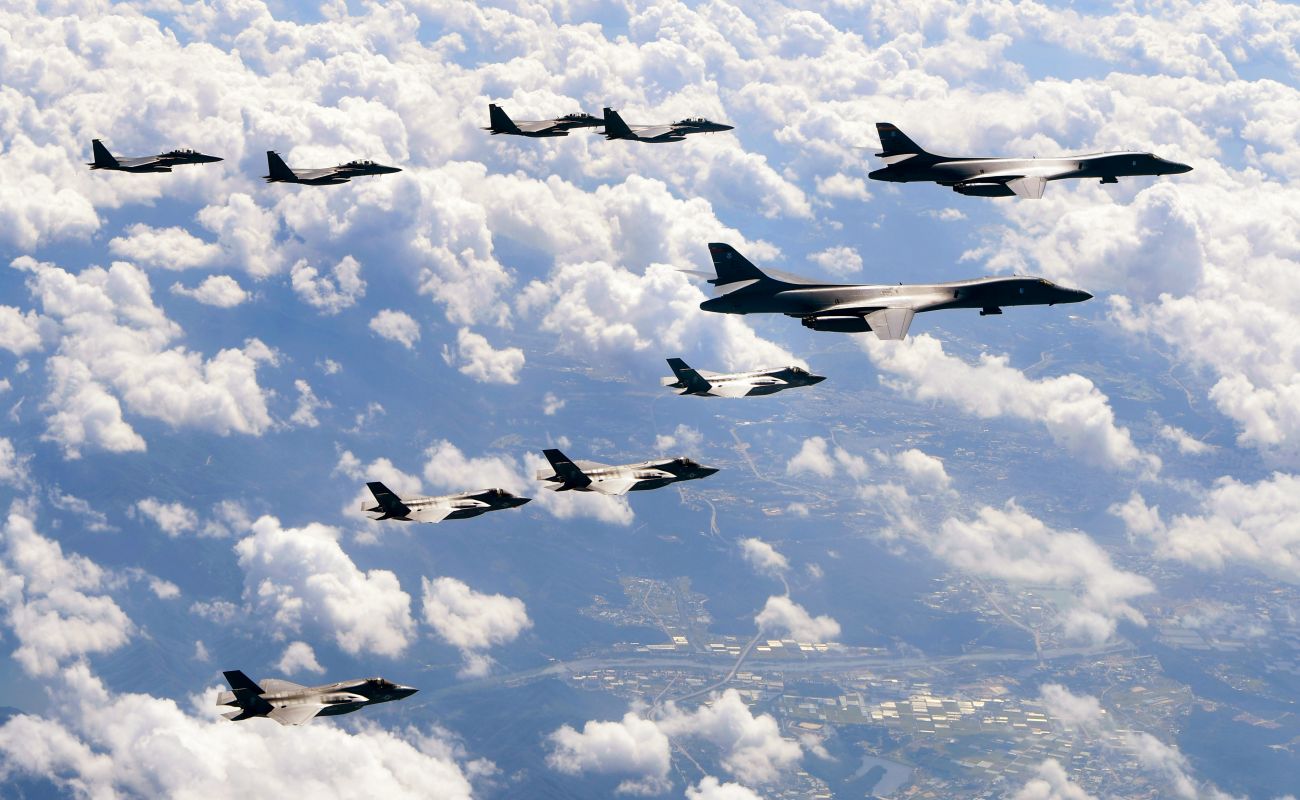 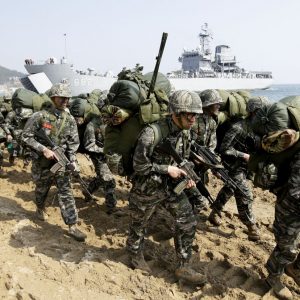 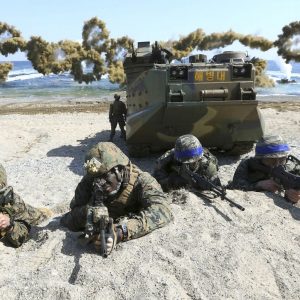 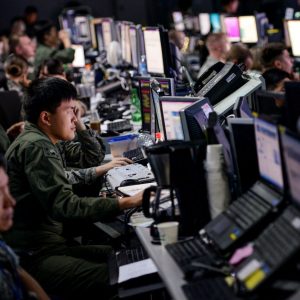 Part 1: Who Benefitted from the Trump-Kim Summit? Xi Jinping and China

China has sought for a very long time to get a reduction or removal of United States forces from the Korean Peninsula. It wants the end of major U.S. military exercises there and to be able to position China as a major diplomatic intermediary and as an active interlocutor or participant in discussions.

Beijing was in that position during the Six-Party Talks, and China’s leaders were not happy that separate talks between North Korea and South Korea and between the U.S. and North Korea were taking place.

The vague agreements in principle between U.S. President Donald Trump and North Korean leader Kim Jong Un fulfilled most of Xi’s goals for China. The suggestion to provide help for North Korea to develop its economy is also good news for China’s leader. One of China’s long-term goals is to develop a commodity economy in North Korea and open it for trade while still keeping Kim Jong Un and the Worker’s Party of Korea in power.

It is useful to understand that some of President Trump’s policy preferences have paralleled those of China and the DPRK.

As a candidate, Trump complained about the presence of U.S. troops overseas and the cost of keeping them. He seemed skeptical that alliance partners were meeting their share of the costs. In February 2018, U.S. press reports said that President Trump wanted to withdraw U.S. forces from the Republic of Korea, but the intervention of White House Chief of Staff General John Kelly apparently dissuaded the President.

The situation now is fluid. It looks like the major exercise that was scheduled to be held in the ROK in August 2018, “Ulchi Freedom Garden,” will be cancelled or significantly reduced in scope. This harkens back to the suspension of exercise “Team Spirit” by the Bush administration in 1991.

Suspending Ulchi Freedom Garden does not mean that the U.S. and ROK military forces will stop training together and making plans. However, if Kim does not undertake any provocative actions between now and the scheduled date in August, the largescale exercise probably will not take place.

Along with United Nations Forces Command, there is a U.S.-ROK Combined Forces Command Headquarters in South Korea. That headquarters continues to function, and as long as U.S. forces remain on the Korean Peninsula, it will likely continue to exist.

Even without major troop exercises, U.S. and ROK military leaders can hold staff talks, table-top exercises, automated war games, and staff planning exercises. These types of things would not violate the agreement in principle President Trump made with Chairman Kim.

The future, however, remains murky. Many citizens, political leaders, and military leaders in South Korea want the U.S. presence to continue. Remember, the ROK is a democracy and there is a healthy competition between political parties with different views in South Korea. It appears that even President Moon Jae-in was taken aback by the Trump-Kim agreement and wants an explanation of what it means.

Future of the Big NK Issues

There was no commitment by Chairman Kim about Japan’s missing persons, or about South Korea’s missing persons. President Trump met the families of abductees during a visit to Tokyo and pledged to Prime Minister Shinzo Abe to work to “bring these people back.”

Although Pyongyang returned remains thought to be of U.S. servicemen from the Korean War, there has been no movement out of the Kim regime on abductees to date. However, Kim reportedly acknowledged to U.S. Secretary of State Mike Pompeo that he was aware of the abduction issue with Japan.

I do not expect North Korea to give up its nuclear weapons and missiles. All indications are that the DPRK is producing new fissile materials and is prepared to produce new missiles. The single rocket launch facility that was apparently dismantled is nothing more than a fig leaf.

Meanwhile, North Korean diplomats want a negotiated end to the Korean War, which means that any negotiations must include the U.N., the United States, the DPRK, and the Republic of Korea. Thus, any demand by North Korea for a negotiated end to the Korean War should be seen as a means to buy more time to produce new missiles while Pyongyang tries to get any sanctions lifted as a condition of negotiations.

My view is that Kim Jong Un’s goals are, first, to be recognized by the United States and, second, to open diplomatic relations between Pyongyang and Washington. I also believe that Kim wants the Democratic People’s Republic of Korea to be recognized as a nuclear weapon’s state.

Kim Jong Un’s logic is based on previous U.S. history in dealing with emerging nuclear weapons states. After all, despite a couple of years of sanctions, both India and Pakistan have good relations with Washington, and the U.S. has taken steps to nurture policies that lead to deterrence and stability in Southwest Asia.

Did North Korea Really Make a Strategic Decision to Denuclearize?

Can Washington and Seoul Agree on How to Deal With North Korea?

A multi-year study in which I participated, Nuclear Games, concluded “that the presence of defenses in a ‘multi-player’ setting not only does not feed instability, but also may contribute to stability.” The key to this nuclear stability was a combination of alliances and nuclear defenses.

First, the outcome of the games generally showed that the more widespread the presence of defenses, the lower the propensity to ready offensive [nuclear] arms.”

Given the climate in U.S. Congress about nuclear proliferation and disarmament, it is probably heretical to suggest that North Korea may well emerge as a recognized nuclear weapons state. But, if the results of Nuclear Games are correct, we could still see stability on the Korean Peninsula.

Of course, that would not be a way to reassure our allies, Japan and South Korea.

With respect to the inclination by President Trump to bring troops back to the U.S. and reduce the U.S. presence in the region, it is true that alliances and forward-based forces can be costly. However, the United States must avoid the great error made in the Pacific region by Secretary of State Dean Acheson on January 12, 1950.

After Acheson declared that the U.S. would use naval and air power to secure a defensive perimeter encompassing Japan, Okinawa, and the Philippines, the People’s Republic of China and the Soviet Union took it to mean that the U.S. had conceded the remainder of Asia. Five months later the Korean War broke out in June 25, 1950.

We can expect a long, difficult process of negotiations that will affect the U.S. presence in Korea. It will also affect the way extended deterrence is understood on the Korean Peninsula and the Status of Forces Agreement between South Korea and the U.S.

For Japan, it means that China will have a stronger diplomatic hand in the region. It also means that Japanese leaders must coordinate closely with policy makers in the U.S. A priority for American diplomats will be to recover those missing in action from the Korean War. Japan-U.S. coordination must ensure that the abductees are not forgotten.

Over the longer term, unless North Korea completely disarms itself of nuclear weapons and missiles, U.S. forces in Japan and the Japanese people still need effective missile defenses, air defenses, and a strong conventional deterrent to conflict.

For the Diet, it is very important that Diet members and Diet leaders consult closely with their American counterparts. Support for the Trump-Kim agreement in the U.S. Congress is fluid at this time.

If Japan Doesn’t Go Nuclear, What Are the Options?