Why Korean Professor Believes Comfort Women Were Not Sex Slaves 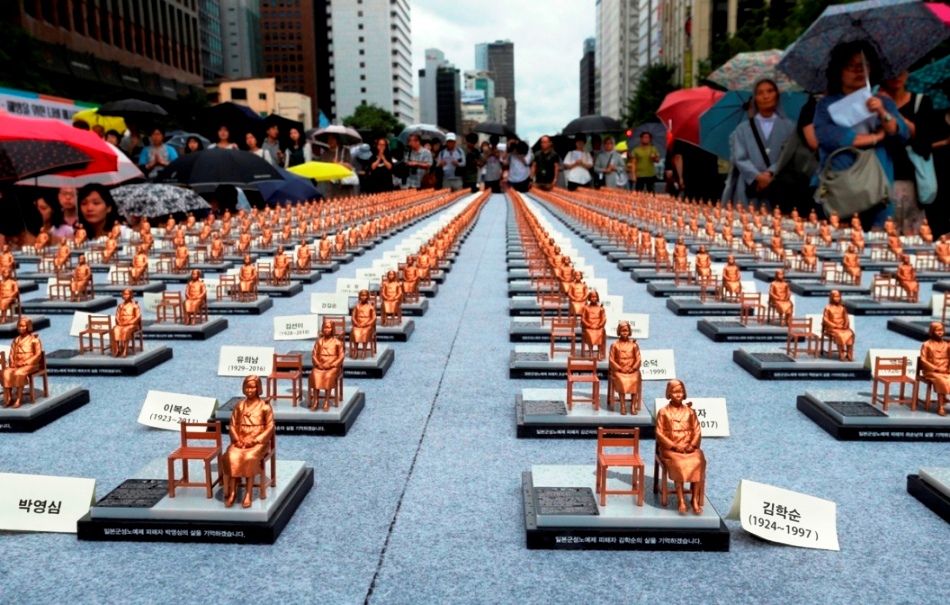 This piece was first published under the title “Seoul University professor denied the theory of comfort women as the sex slave” in Monthly Hanada Selection: Hopeless South Korea and Tragic President Park Geun-hye, a special December 2016 edition of the Japanese monthly magazine. JAPAN Forward is serializing it.

In 1992, after the Asahi Shimbun in Japan published a malicious report, which sparked an ongoing debate on comfort women, I traveled to Seoul in order to gather additional information on the issue. During that trip, the elderly Koreans I met all told me the same thing:

“The Japanese military forcibly kidnapped Korean women in order to use them as comfort women? That’s such a stupid thing to say. At that time, Korea was poor. There were so many parents who had no choice but to sell their daughters to pimps in order to alleviate their own poverty. The Japanese were not able to go into the poor farming villages. The pimps who bought the daughters were female and they were Korean. There was no need for the Japanese military to be a part of this.”

The elderly Korean people with whom I spoke had all directly experienced life under Japanese rule. They were former members of the Korean National Assembly from both the majority and minority parties, former editors at major South Korean newspapers, and university professors.

I was a foreign exchange student in South Korea from 1977 to 1978. Some of the South Korean university students with whom I became close friends told me unhesitatingly that, upon being drafted into the military, but before entering into their actual military service, they planned to go to a brothel and have their first sexual experience.

Even in the 1970s, there were many women working in such unlicensed prostitution dens who later ended up as prostitutes after taking advance payments as a way out of poverty. There also were many films where actresses in leading roles portrayed such women. This made me think seriously about the issue of comfort women.

I have since consistently held the position that the comfort women did exist. It is a historical fact. That being said, until the “comfort women issue” was created by Asahi Shimbun’s false reporting in the 1990s, there were no further questions that needed answers.

Now, the comfort women issue has become something different from what historical facts illustrate. It clearly involves the use of calumny of international proportions.

In August of 2016, Seoul National University professor emeritus of economics Lee Young-hoon, in an internet lecture that cited empirical research, said almost exactly the same things, which I was told during my interviews with those elderly Koreans in 1992.

I viewed this internet lecture with deep emotions—debate based upon clear facts had finally surfaced within the South Korean academe. What follows is a detailed introduction of the points raised by Lee.

(The original of the lecture was delivered in Korean. The translations into Japanese are my own.)

Lee specializes in South Korean economic history. He is the standard-bearer of the colonization-as-modernization theory—the idea the South Korean economy experienced significant growth under Japanese rule. He has argued that history textbooks in South Korea are biased toward a leftist view and has been at the forefront of textbook reform efforts in the country.

For example, in 2007, Lee published, The Tale of the Republic of Korea. In this book, he writes: “In textbooks we read that, ‘Japan used methods of thoroughgoing viciousness to suppress and exploit our people which are without parallel anywhere in history.’ However, I beg to differ. This sentence is not factual. For example, the reason that half of Korean rice was exported to Japan was not because the Governor-General of Korea forced Koreans to do this, but because the price of rice in the Japanese home islands was some 30% higher than it was in Korea.”

In this same book, Lee is less than fully articulate when discussing the comfort women issue. In September of 2004—approximately two and a half years before The Tale of the Republic of Korea was first published—he appeared on a television debate program and was criticized by a South Korean Assembly member from the opposition party: “To say that comfort women were licensed prostitutes is to repeat what the Japanese right-wingers say.” Internet news sites picked this up and reported that “Lee Young-hoon calls the comfort women licensed prostitutes,” which led to massive protests against him.

Nine years after the book was published, the governments of South Korea and Japan entered into a formal agreement on December 2015 regarding the comfort women issue. A majority of former comfort women supported this accord. In the midst of these greatly altered circumstances, Lee summoned the courage to speak out of academic conscience.

In 2016, the editor-in-chief of the Korea Economic Daily presided over a series of lectures on modern South Korean history given as part of an internet television program. The final lecture in Lee’s segment, titled “Prof. Lee Young-hoon’s Country of Illusions,” was the two-hour-plus “The Women of the Comfort Stations.”

Even after more than two months had passed since the lectures were uploaded to the internet, there has been no news of any protests by activist groups and/or the left-wing media. Of the 64 comments on the page, just 11 aggressively criticize and insult Lee. This represents a major change taking place inside of South Korean society.

Lee seemed a bit nervous during his lecture. He began:

The title of today’s lecture is, “The Women of the Comfort Stations.” The lecture will be on the women who used to work at the Japanese military comfort stations—the women whom today we call “comfort women.” As you know, the comfort women became a very hot topic of general public debate in 1991. For the 25 since then, the comfort women issue has remained hotly and bitterly contested, and has virtually defined the relationship between Japan and South Korea.

Indeed, the comfort women issue has exerted a profound influence upon not only diplomatic relations between the two countries, but also upon all aspects of exchange: the economy, society, culture, and beyond. Not only this, but over the past two and a half decades this issue has greatly inflamed South Korean anti-Japanese ethno-nationalism, and has deeply affected not just South Korea’s relationship with Japan, but also the South Korean people’s understanding of their own history, culture, and intellectual life.

Therefore, in this lecture on the “country of illusions,” I think it would be impossible for me to avoid touching on the topic of the comfort women.

Lee began his lecture after these brief prefatory remarks. Before touching upon the subject of the Japanese military comfort women, he said the comfort women should be understood in the longue-duree historical context. He also noted out that the South Korean military had comfort women as well.

The professor’s lecture was distinguished by his heavy use of primary-source documents—which he liberally cited, while advancing his empirical view of history. For example, Lee introduced in the course of his lecture a 1952 collection by the South Korean military, which contained a statistical document titled “Service record of the special national military comfort brigade.” According to this document, there were three comfort brigades in Seoul—numbered 1 through 3—and one in Gangneung, Gangwon Province. There was a total of 89 women in these four stations, who together provided sexual “comfort” to 204,560 people in 1952. Lee then calculated that each woman serviced an average of 6.4 clients per day for that year.

By 1962, this number had skyrocketed to 36,355 women. The number dropped to 20,436 in 1963. Lee included information in his lecture on the numbers of US military comfort women by region and registration subheading. He then stated, “There were around 30,000 comfort women servicing the US military until the mid-1960s. The term ‘comfort women’ is used in the South Korean government’s own official statistics.”

“The comfort women issue,” Lee emphatically continued, “is not limited to the Japanese military. It has been a part of South Korea’s own reality, too—it is a history that very much has a present dimension. My generation was raised alongside the comfort women.”

Lee then compared the lives of the comfort women who serviced the South Korean military and the US military, respectively. Here, he focused on an invaluable PhD dissertation submitted to the Seoul National University Graduate School of Public Health in 1964, titled, “Research in Social Medicine for the Comfort Women, with an Emphasis on the Gunsan Region.”

Lee next reminded his listeners that he earlier had calculated—from South Korean military documents—the average comfort woman servicing South Korean clients had intercourse with an average of 6 men per day. This comports well, he contends, with the average of 5 clients a woman in a Japanese brothel serviced per day in 1945. These averages, confirmed through multiple sources, would be used later in Lee’s lecture to estimate the total number of comfort women.

Tsutomu Nishioka is a member of the planning committee at the Japan Institute for National Fundamentals and a visiting professor at Reitaku University. He was born in 1956 in Tokyo,  and graduated from the International Christian University. He worked at the Japanese embassy in South Korea as a researcher from 1982 to 1984, and served as editor in chief of monthly magazine Gendai Korea. He is chairman of National Association for the Rescue of Japanese Kidnapped by North Korea (NARKN).