With New Evangelion Movie, So Many Ways the Legend Comes Alive 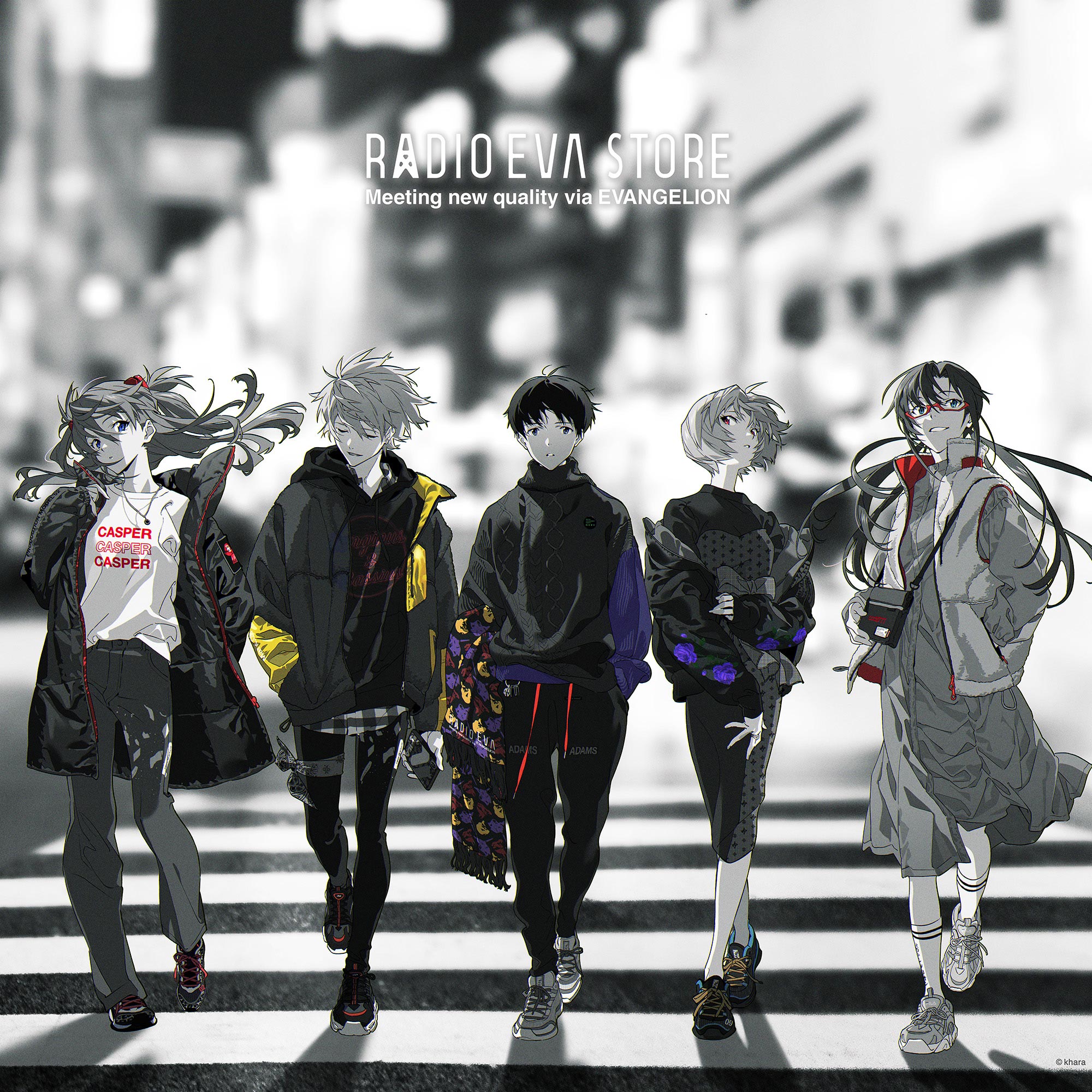 The last and final film of the legendary animation Evangelion, is  scheduled for release in January, 2021, as EVANGELION: 3.0+1.0 THRICE UPON A TIME (Introduction only in Japanese).

Fans are already gearing up for the excitement. Earlier movies based on the story are now on revival screening at the time of writing (Only in Japanese):

The buzz over the upcoming movie makes it worthwhile to take a look at why has Evangelion, a work from more than 20 years ago, been supported for so long by generations of fans ー not only global fans of Anime and Japanese pop culture, but also people in general? Moreover, how does the fan base stay connected to the fantasy?.

Looking for answers, JAPAN Forward was fortunate to land a December 2 interview with GroundWorks, the copyright management company for Evangelion. We talked with some of the people who have helped to keep fans in touch with the story and expand the world of Evangelion by producing collaborative experiences and products.

Originally, the Evangelion story was a TV animation series by Hideaki Anno, broadcast in Japan under the title “Neon Genesis Evangelion”. It ran in 26 installments from October 1995 to May 1996. It was set in 2015, and previously unknown creatures called “Angels” attacked TOKYO – 3. Could the world be saved from these creatures?

In the story, the world has been on the brink of destruction, and humanity has revived from an unprecedented catastrophe, which is called the “Second Impact”.

As the Angels attack, Shinji Ikari, a 14 year old boy, is suddenly pulled away from his very normal life and pushed into becoming a pilot of the world’s best hope for survival – the Multipurpose Humanoid Decisive Weapon, which is called “Evangelion”. The decisive battle between humans and Angels has just begun.

What are Angels? What will happen to humans ? You have to follow the series to find out.

Suffice it to say the anime series became a social phenomenon and cultural icon.

Known by fans as “EVA” (ei-vuh), it is now a core component of Japanese anime subculture. That means fans are always looking for ways to keep the magic of the story going, through media mix, tie-ins, technology and the story’s own fashion brand, RADIO EVA.

How Related Products Connect the Fans

Yasuhiro Kamimura is the president of GroundWorks. He provided an overview of the business of producing fashion items and other tie-in goods, explaining how it is an important way to keep fans in touch with the story.

“One aim of the tie-ins is to increase the value of the work. The more ways there are to enjoy Evangelion, the more time people can experience Evangelion. The fans of Evangelion will appreciate it more, and those who don’t know Evangelion will become interested in it.”

“EVA” is familiar to many Japanese, even those too young to have seen the original television series, because they have seen at least one of the many related products, such as games, animation, the Shinkansen, and RADIO EVA. All of these keep older fans in touch, but also provide young people an entry into the world of Evangelion.

For example, in 2015 Evangelion collaborated with JR West, which operates the Sanyo Shinkansen serving Western Japan between Osaka and Fukuoka. Type 500 Shinkansen train sets were painted green and purple, the Evangelion Unit-01 colors (the machine of the main character, Shinji Ikari.)  With their futuristic shape and colors of EVA Unit-01, these 500 type Shinkansen made us feel like the real Evangelion was before us, explained Kamimura:

500 TYPE EVA PROJECT was a record-breaking tie-in. There was no previous instance that the whole surface of Shinkansen was fully painted. When we did the 500 TYPE EVA PROJECT, we also collaborated with SHINKALION (Animation of Shinkansen that transforms into gigantic robots.). Up until then it was hard to collaborate with anime that had been broadcast by different TV stations. If Evangelion becomes a precedent, this kind of collaboration will increase. In that sense as well, we think this kind of collaboration is good.

There was also an unprecedented collaboration with the action film, “Shin-Godzilla” directed by Hideaki Anno, “Godzilla vs Evangelion”, explained Kamimura:

“This idea came from a common idea of a fanzine (doujin-shi, fanfiction books) in the  80’s. When we collaborate with something, we are conscious of the multiplication effect. There are various takes on the “Godzilla × Evangelion” approach. For example, Rei Ayanami holding Mothra, EVA Unit-01 invaded by G-cell, and MechaGodzilla painted in EVA Unit-01 colors. We reconfirmed that there is not just one route to multiplication, but many.“

The company is selective, however. “We are frequently offered tie-in projects with famous robot animations. But, it’s obviously not interesting if EVA collaborates with them [because Evangelion is something like a robot itself],” said Kamimura, adding, “We believe that the appeal comes when EVA collaborates with different things.”

Of course, there are many other examples of Evangelion collaboration, including underwear, lipstick, a teddy bear, skateboards, illumination for the Tokyo Sky Tree, professional baseball teams goods, and more.

Lipstick and a teddy bear. At first glance, they don’t seem to have much to do with anime otaku. Evangelion, however, is actively collaborating on these kinds of items.

Twenty years ago, Anime was only for otaku. There were no tie-in goods from anime for use in daily life. What’s more, otaku were looked down on.

Thinking they could do something to build a bridge between otaku, fashion, and people disinterested in anime, a group of creators came together with a sense of purpose. This was the beginning of RADIO EVA.

The project was created as a fashion brand under the theme of “Evangelion blending into life”. The “radio” part of its name came from sessions with listeners. The goal? Finding a way to meet users’ and fans expectations.

We asked GroundWorks president Kamimura about the background:

“When we collaborated using traditional techniques, we realized Evangelion had the potential to generate products without big character pictures. We found a new way to use motifs. We came up with the idea of “character T-shirts without characters” and started looking for someone who could do this. And then, PLUGinc. raised its hand.”

Tomohiro Kato, director of PLUGinc. and leader of the RADIO EVA project, explains the principle of RADIO EVA this way:

“The very beginning, the project was intended to produce Evangelion items that were different from existing anime items. These included food, clothing and housing. This is an experimental brand that is trying to produce a movement with products that are subtle and not immediately recognized as Evangelion.”

This tote bag is a good example. It just has [NERV] written on it ーthe name of the organization the heroes in the story belong to. No one can recognize it as Evangelion items except the fans. Yet, over 10,000 of these useful EVA products were soldーa big number compared with general apparel products.

Recently, expensive products such as sneakers are also selling well. Kamimura says that RADIO EVA is consolidating its position also as a pure fashion brand.

Kamimura noted, “I see some people wearing and using RADIO EVA goods in stylish parts of town, such as Harajuku and Shibuya. I never would have imagined it in the past.”

He explained that in his travels to Japanese subculture events in other countries, for example Shanghai, he has noticed the affluence of fans. “These who love Japanese subculture, especially in Asian countries, have relatively high incomes and are highly educated. Although there are many anime that are popular abroad, tie-in items that can meet the expectations of affluent fans hardly exist, but RADIO EVA is the exception in that it caters to this demand.

“To tell you the truth,” he added, “I was surprised to see how many people wore RADIO EVA.”

RADIO EVA opened a new store in the Shibuya PARCO building in November 2019. More recently, the online sales have skyrocketed 2.3 times year-over-year as of December 2020. Those in Japan can buy RADIO EVA products on the internet, here. (If you are outside of Japan, you must use delivery agency services.)

One reason why Evangelion has been loved for such a long time is that its creators are always thinking of how they can add value to the experience for fans.

I’m 20 years old. I met Evangelion for the first time at a social games event. I have watched EVA videos, read the novels and bought Evangelion products. And now, I’m writing an article about Evangelion. The attraction of Evangelion continues, even after 20 years.

As the release of the movie draws near, new products are being released one after another and expectations for the new film are rising. You have a chance to join this enthusiasm in real time.

(Update January 14, 2021: the new film release of EVANGELION: 3.0+1.0 THRICE UPON A TIME set for January 23, 2021 has been postponed until further notice due to the State of Emergency in various regions of Japan and the ongoing COVID-19 situation. Make sure to check the official page for further updates.)