Yahoo! Japan’s Banner in Shibuya Shows Height of 3/11 Tsunami But What Do Passers-by Think? 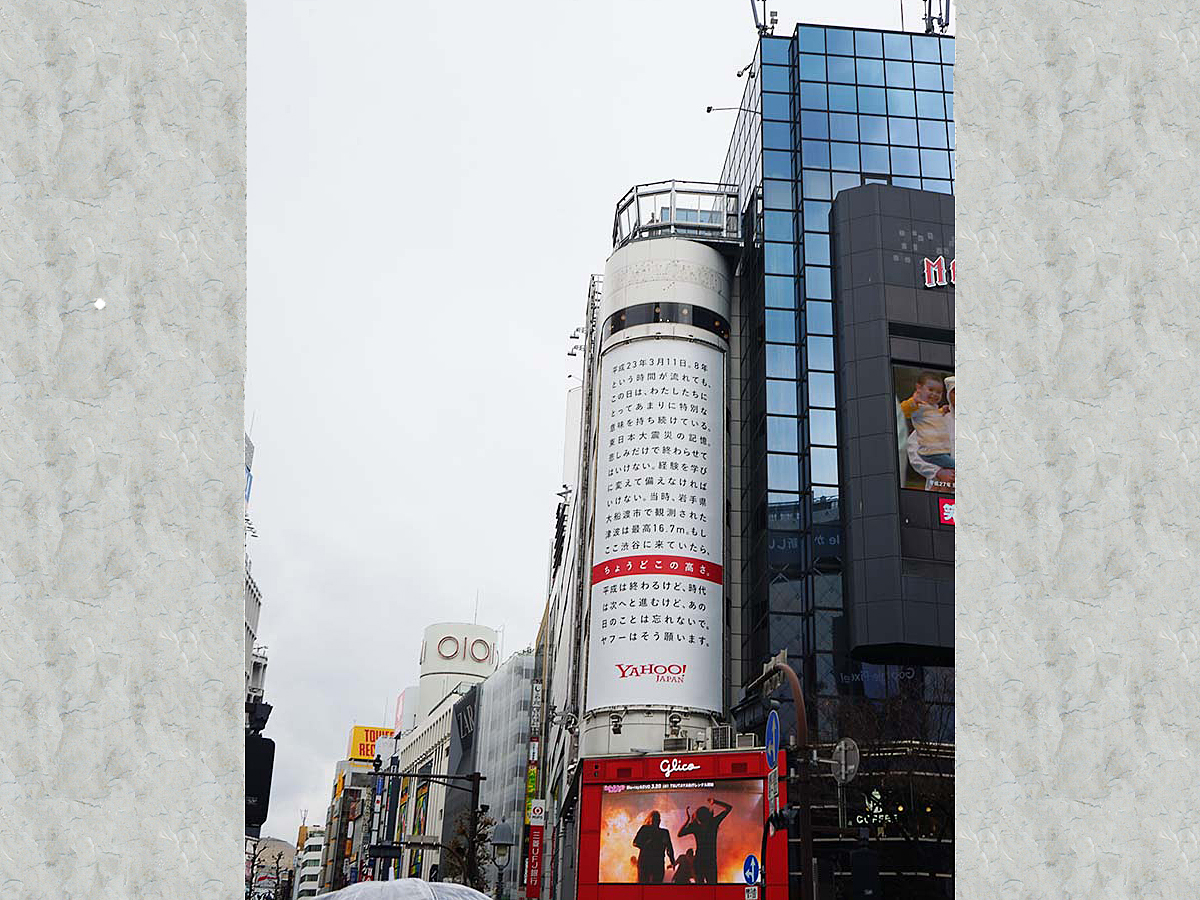 On March 11, 2011, a 9.1 magnitude earthquake shook Japan off the Pacific coast of Tohoku, triggering a massive tsunami which devastated the Japanese mainland and caused meltdowns in the Fukushima Daiichi Nuclear Power Plant complex.

The disaster eventually resulted in nearly 22,000 dead and injured, and delivered such a terrible blow to the Tohoku region that it is still struggling to recover to this day.

On the eighth anniversary year of the Great East Japan Earthquake, otherwise known as “3.11,” Yahoo! Japan created a giant banner running nearly the entire length of a building facade in the famous scramble crossing in front of Shibuya Station.

The banner only contains a text message but has a very noticeable red stripe running through one line at a height of about six floors from ground level.

Even though eight years have passed, this day continues to have a special meaning for us. The memory of the Great East Japan Earthquake. We can’t let it end on sadness alone. We must turn experience into learning and prepare ourselves. The height of the tsunami recorded in Ofunato City, Iwate Prefecture, was 16.7 meters [54’9 3/8″].

If it had struck Shibuya it would have reached this height.

Even though the Heisei Era is ending and we’re moving into the next era, let us never forget that day.This is Yahoo! [Japan]’s wish.

It’s an important message but is it effective in reaching the multitudes going in and out of Shibuya Station every day?

The rest of the article can be viewed on our partner’s website, grape Japan at ”Yahoo! Japan’s Banner in Shibuya Shows Height of 3/11 Tsunami But What Do Passers-by Think?“