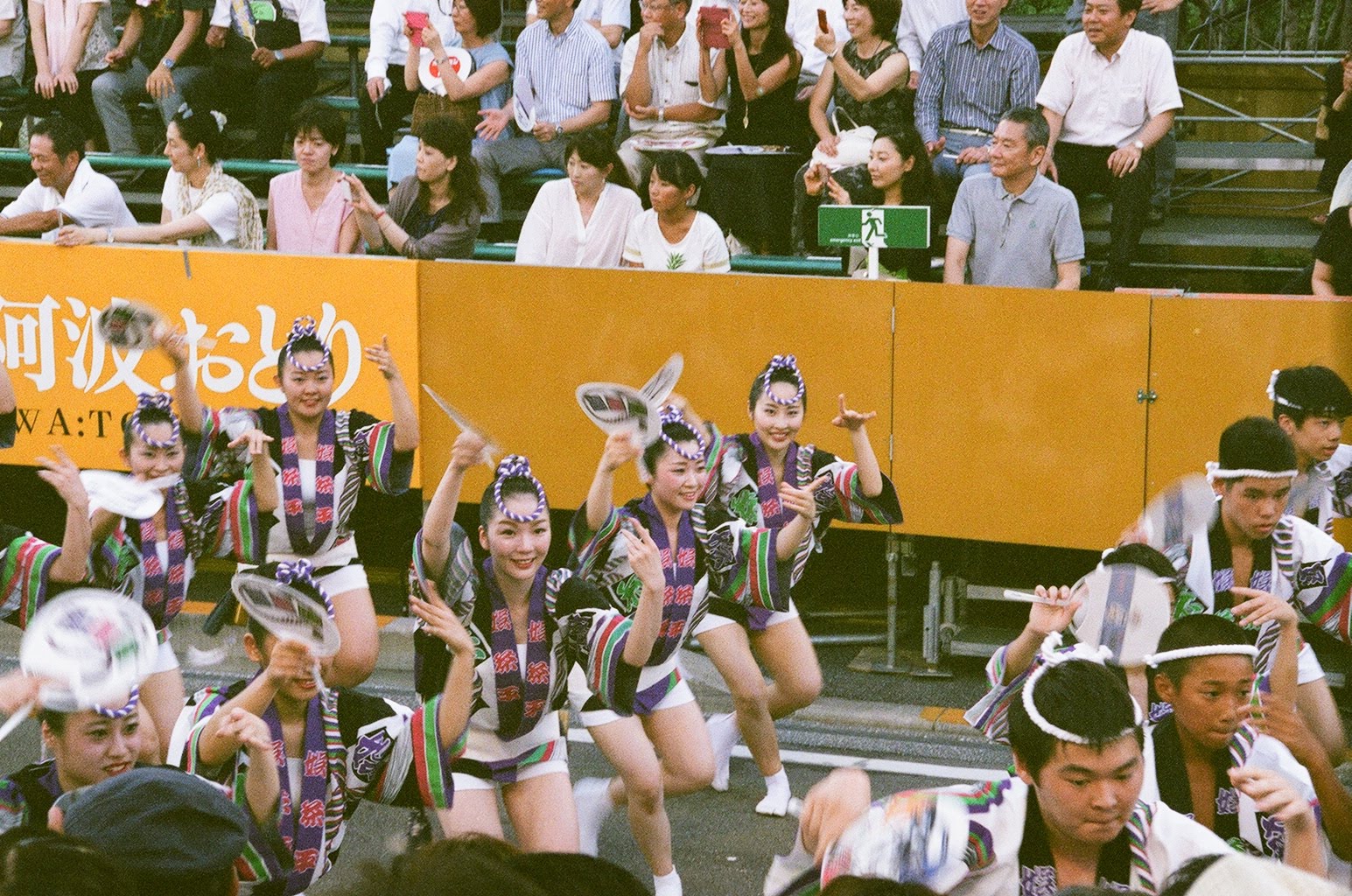 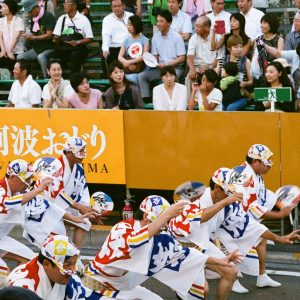 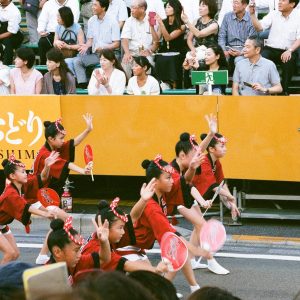 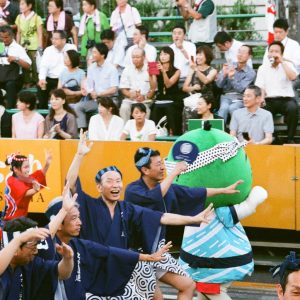 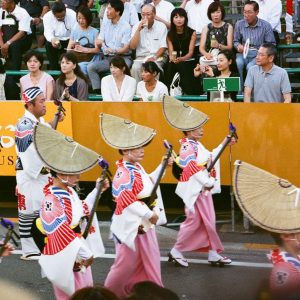 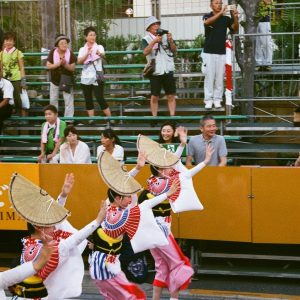 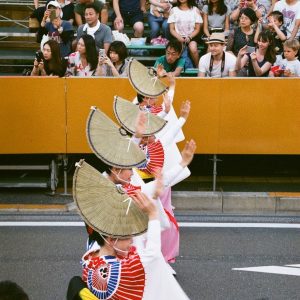 Despite the sweltering heat, there are pleasant surprises to be found in Japan during the summer season. Ice pops and watermelon. Fireworks and fireflies. And Obon.

Obon is a major festival period in August during which everyone travels back to their hometowns to be with their families and honor their ancestors. Festivals are held all over the country at this time — at schools, parks, squares, and in the streets. Traditional dancing is always a big part of these summer festivals.

During my first year in Japan, I got the opportunity to visit two of these Obon dance festivals. What happened was, the company of my boss’ father had booked a bus trip to Shikoku, but some of the company members canceled, so they invited us English teachers to fill the empty seats on the bus.

The idea of being on a bus with all of my coworkers and a bunch of Japanese businessmen, plus my boss and her parents, was a little odd. But it was too good an offer to pass up.

Shikoku is one of the smaller islands that make up the Japanese archipelago. It is situated southwest of Honshu, the main island, a far trek from Tokyo and nearly every other major city.

Eventually, after five hours, we crossed a massive suspension bridge over the Pacific Ocean, with whirlpools swirling below us. The scenery out the window became more lush and tropical, with idyllic terraced rice fields and old houses, and twisting aquamarine rivers rushing through tangled forests.

We were finally in Shikoku.

The first evening we stopped in Kochi, home of the Yosakoi festival that has been held annually since 1954.

Yosakoi is a fascinating dance style, combining traditional dance with modern music. It involves floats and huge teams of dancers in coordinating costumes with props such as fans, flags, lanterns, and naruko — traditional wooden clappers.

In order to participate in the festival competition, the dance groups must include part of the traditional yosakoi dance and music, and must use the naruko. Other than that, they can interpret the dance however they want.

We tumbled off the bus around 5 P.M. and followed the crowds of people and sounds of music to a covered shopping arcade on the festival route. Rounding a corner, we were agape to find a massive parade of Yosakoi dancers moving in synchronization to the music.

I had never seen dancing like this before, with such color, such movement, such energy! Pure joy radiated across the dancers’ faces, and you could tell they were having the time of their lives.

It was so moving that it brought tears to my eyes. I loved the various interpretations of the dance through the costumes, music choices, and choreography. Some teams had more traditional costumes, and some were more avant garde, but all were equally committed to the dance. It was the perfect harmony of tradition and modernity.

At night, the streets took on more of a party atmosphere, and onlookers were invited to join the dancers. My friends and I were given pairs of naruko clappers, which we shook in time to the music as we fumbled through the dance.

The next evening we went to Tokushima for Awa Odori, the largest dance festival in Japan. Unlike the festival in Kochi, we had official seats in the bleachers lining the street.

You could tell this was a big deal: everywhere we looked dance teams were gathering, eating snacks and practicing steps, and they were fanning themselves in the heat to keep their makeup from running.

We hastily bought some festival food and found our seats.

The dancing at the Awa Odori was a little different from the dancing we had seen in Kochi. The Kochi festival felt more like a street party, and the dance teams had more freedom with regards to music and dance steps.

In contrast, Tokushima’s Awa Odori had a more official and organized atmosphere. It felt more like a parade, and all of the teams did more or less the same steps to the same music, a specific dance rooted to Tokushima, often called “The Fool’s Dance.”

It is thought that this particular dance stems from a famous drunken party held in 1586 at the opening of Tokushima castle, and by the 17th century the three-day festival had been established. Nowadays, it’s quite a spectacle, attracting well over a million tourists each year, with countless dance teams representing everything from theater groups to hospitals to cosmetic companies.

At the end of the evening, spectators were invited out of the stands to follow the parade route and participate in the dance, and we happily obliged.

How to Get There

Attending an odori festival during Obon is a must-do in Japan. And these days, visitors and residents don’t have to go all the way to Shikoku to see “The Fool’s Dance” or yosakoi, as these dances are now being performed in festivals all over the country.

But for those interested in seeing these famous dances in their origin hometowns, here are some logistics:

Where: Tokushima, Shikoku (a 3 hour flight, 5 hour train, or 9 hour bus from Tokyo)