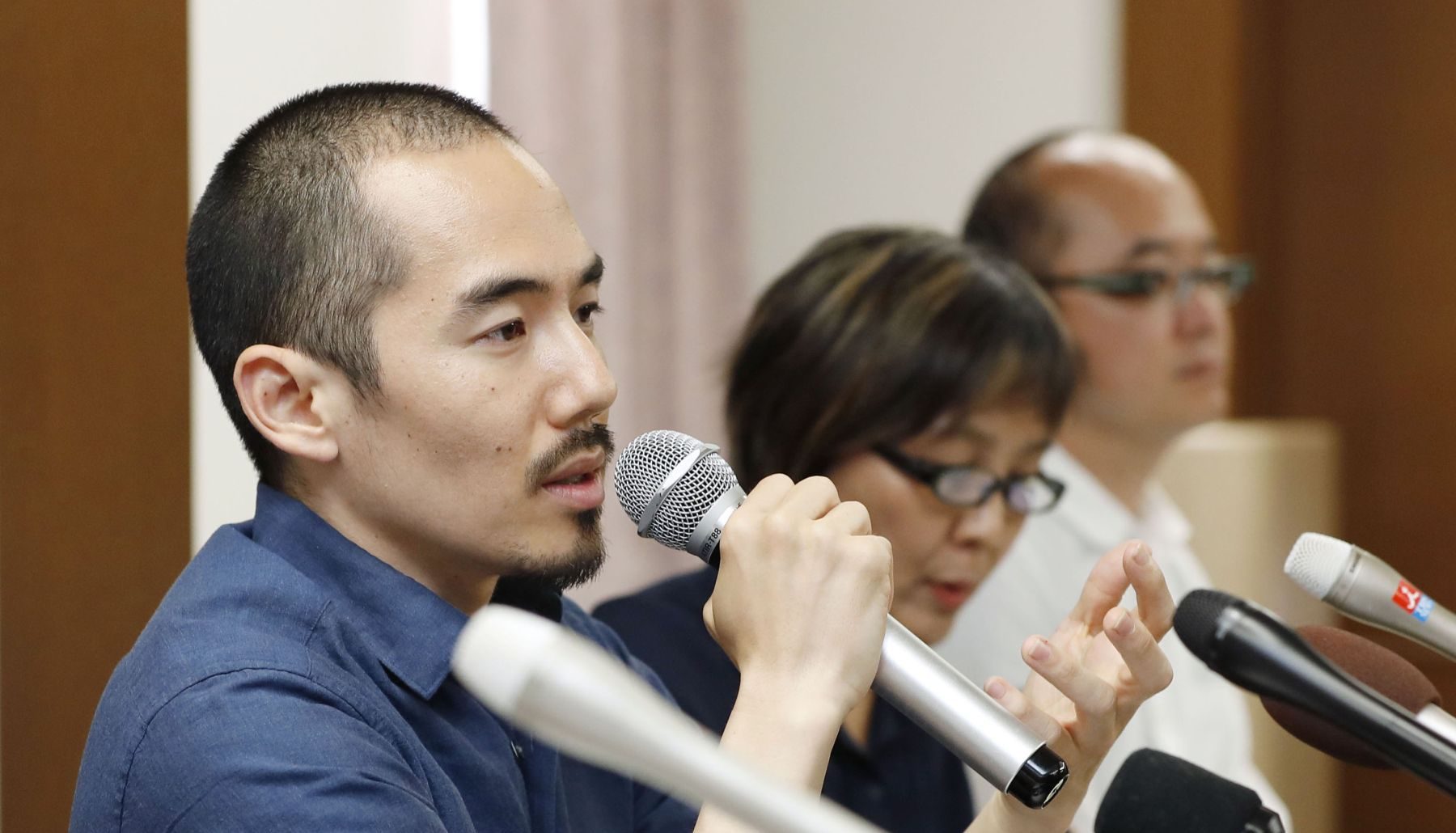 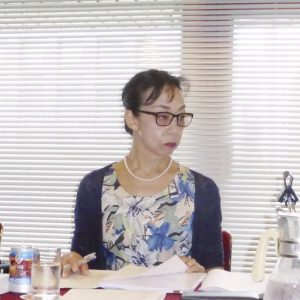 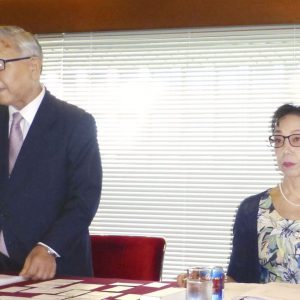 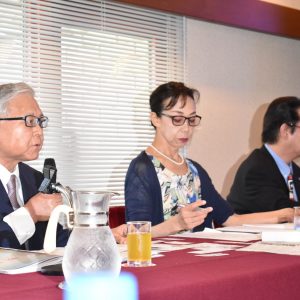 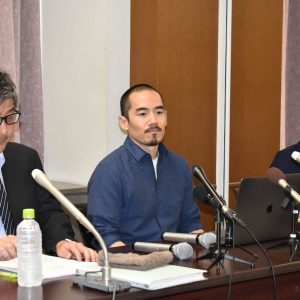 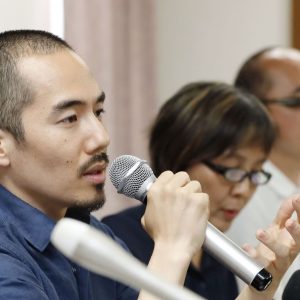 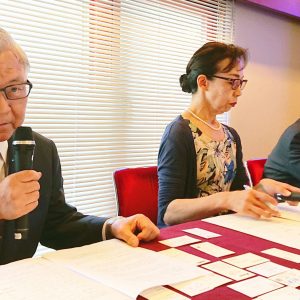 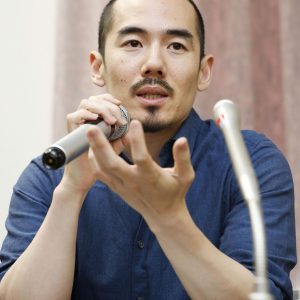 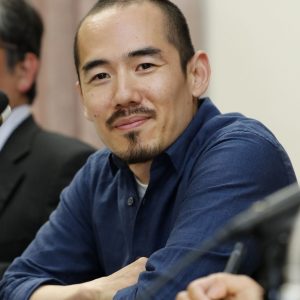 On June 15, five people who appeared in a documentary called “Shusenjo: The Main Battleground of the Comfort Women Issue” (Tofu Films) sued the director and the production company for the film, bringing the battleground from the big screen to the courtroom.

Kent Gilbert, Tony Marano, Nobukatsu Fujioka, Shunichi Fujiki and Yumiko Yamamoto filed charges against a young man who called himself Miki Dezaki for using footage of them in a commercial film without their consent.

The story goes that in 2016, Miki Dezaki approached several people for interviews on the comfort women Issue as part of his graduation project at Sophia University. For that purpose, Dezaki secured the consent of several people, including the five people involved in the case.

After his graduate school project, he apparently proceeded to do more filming, add music and further edits, making it into a commercial film shown publicly for the first time on October 7, 2018.

The plaintiffs have charged that the consent they gave was for Dezaki’s non-commercial graduation project and not for any other purpose, including a commercial film.  The charges further accused Dezaki of uploading footage of Marano to Youtube without his consent.

Let’s take a step back to 2016, when Miki Dezaki approached several well-known conservative opinion leaders, introducing himself as a graduate student of Sophia University. He asked for interviews with them in order to make a documentary film focused on the comfort women issue. He said the project was to complete his master’s degree.

One of Dezaki’s emails said, “As I researched, I found the comfort women issue was more complex than I had read in the Western liberal media. In researching, I found there was little evidence that the women were coerced to become comfort women, and that the lives of the comfort women were not as bad as some activists or experts would argue. I have to admit that I had believed the media reports, but now I have doubts…. As a graduate student, I have an ethical obligation to conduct interviews with you with respect and fairness. Also, since this is academic research, there are certain academic standards and conditions which must be met, so it will not be biased journalism.”

All of them took Dezaki at his word and expected he would make a fair and neutral documentary film as promised. On that basis, they agreed to interviews with him.

The Product Is Not What Was Promised

Time passed. On March 27, 2019, I headed for a small theater in Shibuya, where I had heard that a preview of the film would be screened. By then, I had also heard that all of the above-mentioned people Dezaki interviewed regretted cooperating with him on the film, which, contrary to their expectations, turned out to be another propaganda film about the comfort women.

I wondered what went wrong. The film was supposed to be a fair debate between those who claim the comfort women were sex slaves and those who say they were not.

Advanced information on the film indicated that advocates of the “comfort women are sex slaves” view who appear would include Yoshiaki Yoshimi, Etsuro Totsuka, Hirofumi Hayashi, Koichi Nakano, and Takashi Uemura.

Mihyang Yun, a representative of The Korean Council for the Women Drafted for Military Sexual Slavery by Japan, and Park Yu-ha, a professor at Sejong University in Seoul who wrote The Comfort Women of the Empire (2013, in South Korea, now banned) and was prosecuted for it in South Korea, were also said to make an appearance in the film. I wanted to see the film for myself to learn what was actually said.

The title of the film was Shusenjo: The Main Battleground of the Comfort Women Issue (Independent, 2019). The credits said it was written and directed by Miki Dezaki, who was billed as a Japanese American YouTuber in a leaflet on the movie. The flyer promised that the movie would be “Surprisingly thrilling!!!! This is the most aggressive documentary film today.”

As I watched, speakers appeared one after another making various claims. But was it “surprisingly thrilling,” as Dezaki’s flyer had promised? No, and the reason was clear: this film was far from fair.

The film’s tone made it clear that Dezaki was not neutral at all. Rather, he stood by those who claimed comfort women were sex slaves. While saying he would explore the issue from a neutral position, he started by expressing disdain for the views of those who said comfort women were not sex slaves, calling them “revisionists” and “denialists” right from the beginning.

His tone was very rude to those who cooperated from the opposition side. It raised questions about his motives, and I could not help but suspect that his email promises to those whose views he disdained were simply a trap to induce them to appear in the film.

Another point that caught my attention was that Dezaki avoided interviewing the most prominent scholars on the comfort women issue when their views did not fit with his conclusion.

Since Dezaki included in the film’s debate interviews with Yoshiaki Yoshimi and Hirofumi Hayashi, experts who have long been proponents of the sex slave story, he should have interviewed scholars with comparable qualifications on the other side, such as Ikuhiko Hata and Tsutomu Nishioka. This failure alone demonstrates the lack of balance in his work.

I was able to ask Dezaki in person about this point on April 4 at The Foreign Correspondents’ Club of Japan, where a preview of the film and an interview were held. He answered like this: “As for Nishioka, I saw his views on the internet. I thought he was not adding much more than others say and did not contact him.”

Then did the film offer any meaningful argument at all?

At one point, the film showed a 2007 clip of Prime Minister Shinzo Abe answering questions in the Diet. He said: “There were no such cases as government authorities intruding into private houses and forcibly taking women away. There was no coercion.”

Then Totsuka Etsuro appeared for the purpose of criticizing Abe. He was the lawyer who coined the word “sex slave” and spread it in the United Nations. He said: “Abe claims that the women were not coerced because they were not forcibly taken away against their will and tied with ropes. But, legally speaking, ‘coercive’ means ‘against their will.’ Then, ‘being deceived’ is categorized into ‘coerced’ because it is ‘against their will.’ Most Korean women at that time were deceived.”

In other words, since there was no coercion and there were no reported cases of forcible removal of women in the Korean Peninsula under the Japanese governance, he expanded the definition to include the feeling of “being deceived.”

Gilbert and Fujiki said: “The women were recruited mainly by Korean dealers. There would have been cases in which women were deceived by the [private] dealers.”

Mio Sugita added, “Newspapers at that time reported on many cases in which malicious dealers were arrested by the Japanese police.”

In the film, though, Hayashi Hirofumi refuted them, saying, “Reports in newspapers at that time had nothing to do with the coercive recruitment of comfort women. Certainly, the police arrested malicious dealers who deceived women and prostituted them. But the police overlooked dealers who were requested to do so by the military.”

I wish Hayashi had explained his statement by providing specific evidence in the film. How could the police distinguish malicious dealers from those who had received a request from the military?

I had heard of such claims before, but they were found to be groundless. If the police had been so discriminatory, it would have been very difficult to maintain security.

Who Called Them Sex Slaves?

Next, those who believe the comfort women were not sex slaves spoke in the movie, showing that the comfort women were well paid. They were able to save and/or send their money to their families. When their contract came to an end, they were free to go home. They enjoyed shopping. They went to sporting events and parties with Japanese soldiers. They were far from sex slaves.

But the advocates of the sex slave viewpoint counter the argument by claiming that, according to international law today, they were slaves.

Sex slave advocate Yoshiaki Yoshimi’s claim was particularly interesting. He refuted the argument that the comfort women had time for recreation with a convoluted reference to American Negro slaves, saying: “I think their daily lives were so hopeless that they couldn’t live without such recreation. For example, American Negro slaves gathered and had concerts or dance parties on Saturdays and Sundays. They also went hunting. They were so hopeless that slave owners had to allow them to do so to survive.”

Kohki Abe, a member of the faculty of international studies at Meiji Gakuin, appeared next in the film. He claims that, based on international law, the comfort women are defined as sex slaves.

He said: “Slavery is a situation in which someone is utterly under the control of another. Even if the comfort women were able to earn lots of money and go out for pleasure, they were under another’s control and had to get permission to do so. Therefore, they were slaves.”

If that’s true, then it sounds like today’s ordinary salaried workers are all slaves!

This film was so long that I started feeling tired. Then, unexpectedly, the words “Japan Conference” suddenly appeared on the screen and woke me up. The Japan Conference has nothing to do with the comfort women.

Setsu Kobayashi, professor emeritus at Keio University and a constitutional scholar, began to talk. According to him, the Japan Conference has the power to influence the Abe administration as it intends to revive the constitution of the empire of Japan to return the country to an era where basic human rights are denied. And, in his view, Yoshiko Sakurai is leading their campaign.

He continued guessing, “The Japan Conference is supported by Shinto shrines, including the Yasukuni Shrine. Sakurai Yoshiko probably has an office for free within the shrine’s grounds.”

He then came to a very strange conclusion: “The Japan Conference’s doctrine of getting back to the pre-war Japan is terrifying. But I am determined to fight against it even if I get murdered in the battle.”

What a delusion! The Japan Conference and Yoshiko Sakurai have never expressed the slightest intention to revive the constitution of the empire of Japan.

And I have very good news for Kobayashi. His name is seldom mentioned around the Japan Conference. There is no one who has a reason to kill him. He is 120% safe.

After all, The Main Battleground of the Comfort Women Issue is a video made by a YouTuber who cheated the people who were willing to help him with his supposed graduation thesis. Instead, he hid his true intentions of promoting a conspiracy theory which he never verified.

All Dezaki has successfully achieved is to deepen the conflict and distrust between people who have different opinions on the comfort women issue.