Yurigahama Beach: A Phantasmal View on A Southern Island 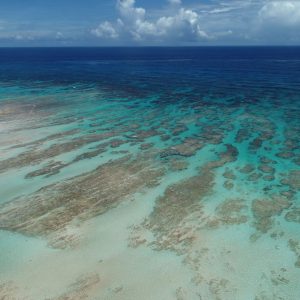 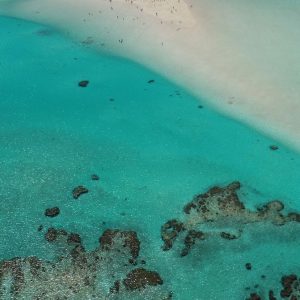 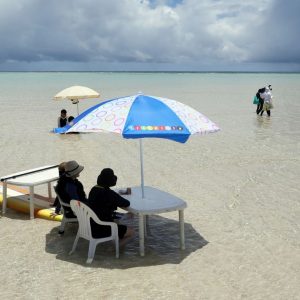 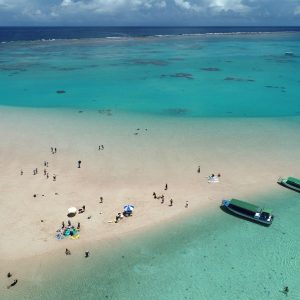 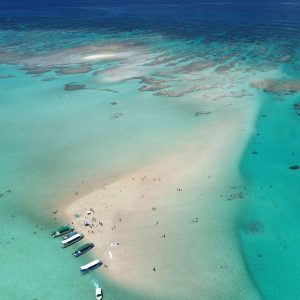 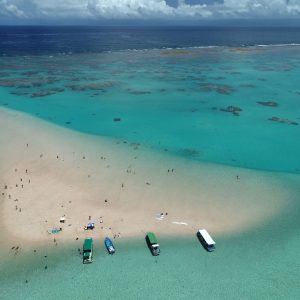 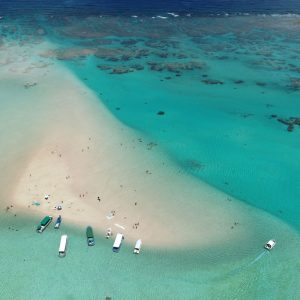 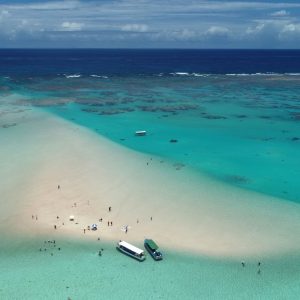 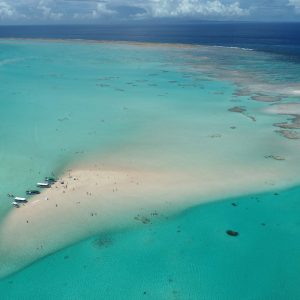 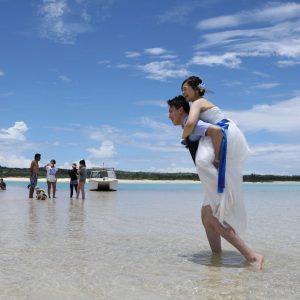 Riding out to sea on a small boat, we come to a soft halt when it reaches a white sand shoal. As the tide begins to recede, the shallow water transforms into an inviting beach while wave patterns engrave curvy lines onto the white sandy canvas.

Situated in the southernmost part of Kagoshima Prefecture lies one of the Amami Islands, Yoronjima. Located approximately 1.5 kilometers offshore from Yoronjima, the Yurigahama sandbar only appears during the low waters of a spring or mid-tide, and can only be seen during daytime from April through October.

In order to get a bird’s eye view of the entire island, a drone is launched from the freshly resurfaced beach. The white sandy beach appears to float upon the sea.

The coral reef surrounding the island divides the ultramarine blue sea and the land, forming an emerald green belt that beautifully frames the island’s coastline.

One by one, tourist boats reach the beach, about 100 meters of which is showing now. Soon, as many as 100 tourists disembark on the beach.

Hideyuki Motozono, 44, who drives the glass-bottom tourist pickup boat, explains why the sandbar is referred to as the “phantasmal beach.”

“The sand gets stirred up by typhoons, which often results in the beach shifting 200 to 300 meters. Some years, it doesn’t even appear,” he says.

The spectacular limited-time-only view can be enjoyed in several ways. A newlywed couple visiting from Fukuoka city, Yuta Ogata, 26, and his wife Natsuki, had their wedding photos taken on the beach.

“The white sandy beach floating on the blue sea — I will never forget the vision of my wife standing on that beach,” says Mr. Ogata with a smile.

The beach grows smaller as the tide gets higher. Tourists hurriedly board the pickup boats and leave the island behind. Shortly after, the phantasmal beach disappears into the emerald green sea.