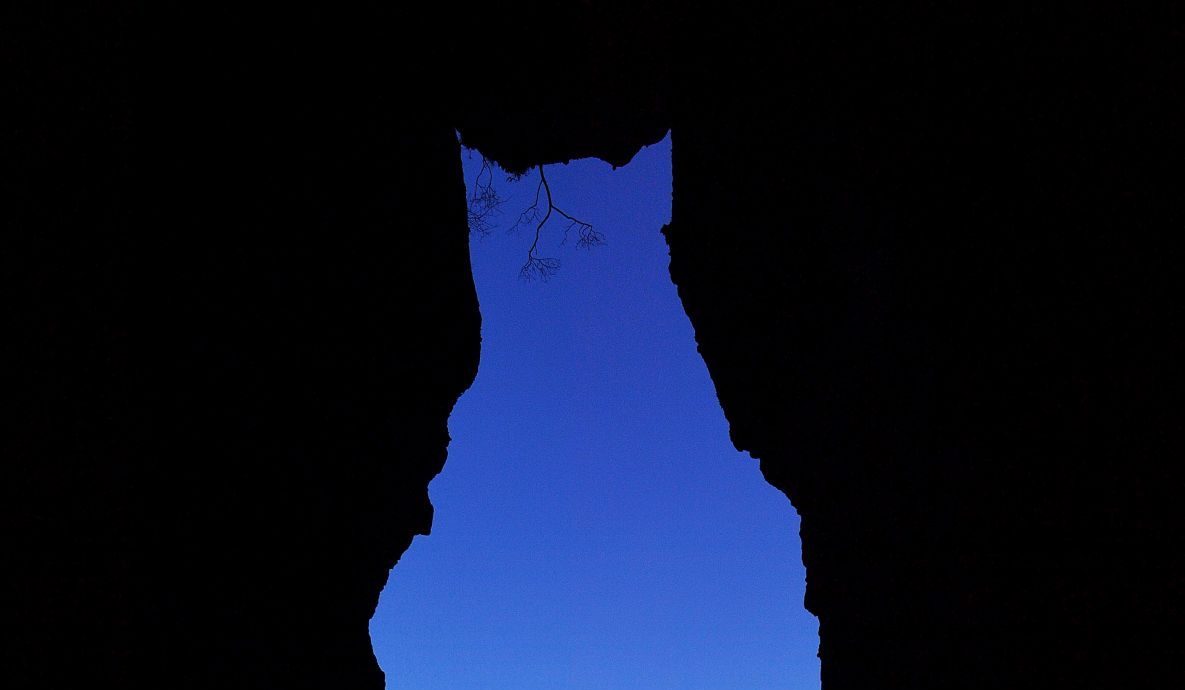 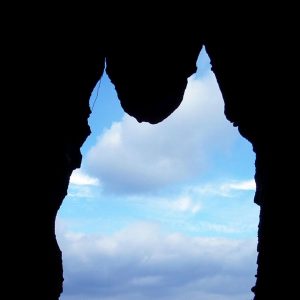 The Escape Stone, long said to be resilient in the face of calamities, has fallen — revealing the silhouette of a cat.

The colors of autumn leaves paint the mountains and rice fields below, while a full view of the coming winter months is revealed through the clearly-defined blue silhouette of a cat.

A huge stone block lodged between two sides of a 30-meter-high cavity in the rocky mountainside looked as though it was floating in the air, thus earning the name, the “Escape Stone.”

Located on the southern cone of the Aso Caldera near the village of Minami Aso in Kumamoto Prefecture, the impressive “stone that doesn’t fall” measures three meters high and two meters wide. Its infallibility attracted students who go to pray for success in entrance exams and job hunting.

However, following the magnitude 7 Kumamoto Earthquake on April 16, 2016, the “stone that doesn’t fall” in fact did fall, unexpectedly revealing the cat-shaped silhouette.

The stone block fell 50 meters down the slope in one piece without cracking. This led many people to believe that it fell to save students from failing, and thus it has since become a popular spot again.

The Escape Stone is located where it fell, approximately two hours up a hiking trail accessed from privately-owned land. It can only be reached with an accompanying guide.

Local resident Isao Kashiwada, 78, a tour guide for the Makino Pasture Management Association, recalls the stone's collapse: "That morning I was awakened by violent shaking." He added, "Afterwards, when I climbed the mountain to see the Escape Stone, it had fallen, causing damage to the mountain trail and pulling down trees with it”.

The trail was declared safe and the the Minami Aso Village Tourism Association recommenced tours in August 2016, four months after the earthquake.

Although the local railway line is still partly suspended, hikers from across Japan and abroad have come to catch a glimpse of the cat.

“The trail was steep, but there was a beautiful blue sky and it was an amazing sight,” said 52-year-old Keiko Kato from Nogata City in Fukuoka Prefecture, looking pleased. She was on holiday to celebrate her wedding anniversary.

The Escape Stone may have fallen, but this fortune-bringing “Lucky Cat” is now looked upon as a talisman bringing good fortune to the local area.