[3.11 Earthquake: Rebuilding] A Photographer Captures his Hometown's Devastation and Survival 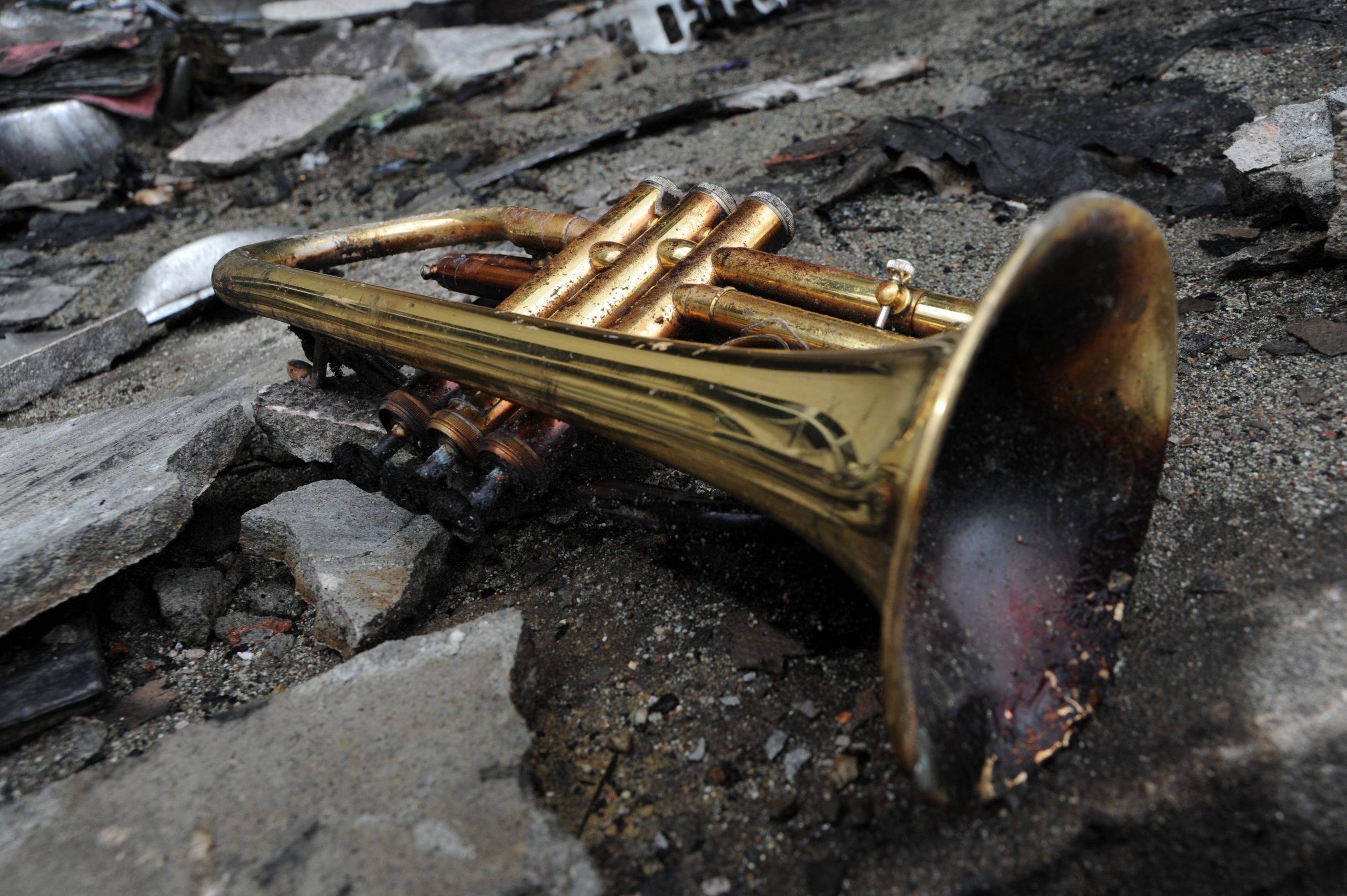 In the event of an earthquake, you’re supposed to shelter under a table. That’s the official advice, anyway. In the early afternoon of March 11th 2011, when the walls of my dwelling started groaning and shuddering like a creature in pain, primitive instinct took over. Before I knew it, I was outside on the street.

Others were there too, mostly complete strangers. Social distancing comes naturally in Tokyo, but suddenly we were hugging each other for comfort. Waves of energy surged underfoot, causing us to stagger like drunkards. An instant premonition told me that somewhere on this landmass many lives would be lost this day.

In a matter of hours, the giant city had ground to a complete halt. It was unnerving – but as became clear as the days passed, it was nothing compared to the devastation wreaked in the north east region of Japan’s main island. The people of Tohoku, as it is called, had suffered one of the most terrible natural disasters to afflict a developed country in the modern era.

The earthquake and tsunami caused 15,899 deaths, nearly all from drowning, with 2,633 missing. The  waves of the tsunami are believed to have reached a height of 133 feet and moved at 430 miles per hour, giving people just ten minutes of warning as the wall of water raced to the coast from the epicentre offshore.

The quake itself shoved Honshu, Japan’s largest island, eight feet to the east, and shifted the earth on its axis by some 4-10 inches.

As if to prove the saying that bad news comes in threes, at the end of the week nuclear meltdowns occurred at the Fukushima Daiichi power plant.

In all, over half a million people would have to be relocated.

Such statistics are easily digested. They have a numbing, almost comforting effect, allowing us to think we understand experiences that are unfathomable and unimaginable. How did the people of Tohoku cope with the reality?

Through the Photographer’s Eyes

Shoko Hashimoto’s face is a map of his life. It radiates intensity, strength, humor, boundless curiosity and a wisdom that comes from deeply lived experience. Though he has been based in Tokyo for decades, he seems to come from a different, earthier world – and indeed he does.

For many years, Hashimoto held a regular photography workshop for elementary school kids in his hometown. Several of his pupils drowned in the tsunami, which took a terrible toll of schools near the port. Ten years on, he still has some of the photos they took.

He recalls the shock of that fateful day. “Something awful has happened in my hometown. I don’t know whether my relatives are safe. Kawaguchi Citizens’ Hospital is underwater. People are saying that the east side of Kawaguchi Town, the Kadonowaki area, the fish market and the port area have been totally destroyed. One of the men glimpsed on TV in an evacuation shelter was almost certainly my brother.”

It took over a week to confirm that his family members were indeed safe. On March 27, sixteen days after the quake, he traveled up to Ishinomaki. He was shocked by what he saw. Some parts of the town looked like a war zone. People rooted through the ruins of their houses, hoping to find something usable, and lined up for emergency rice rations. The smell of putrid fish was everywhere: the tsunami had wrecked trucks packed with seafood produce intended for the major urban centers.

Hashimoto decided immediately to make a photographic record of his hometown’s struggle to return to normality. “What has the disaster taken from people?” he asked himself. “What effect will it have on their daily lives, their values and inner selves?”

In an attempt to answer those questions, over the next three years he made thirty six trips to Ishinomaki, spending the equivalent of twelve months there taking many thousands of photographs.

Hashimoto tells me that his childhood ambition was to become a diplomat, as English was his best subject at school. However, he soon came to realize that his heavy Tohoku accent, known as “zuzu-ben” because of the buzz-like intonation, might not go down well in top diplomatic circles. His next ambition was to be a painter, but his elder brother, who went on to become a fine arts teacher in Ishinomaki, got there before him.

In the end, Hashimoto opted for photography, which he studied at Nihon University’s College of Art. After a brief period as an in-house photographer for a monthly magazine – snapping celebrities was “boring”, he says –  he took the plunge and became an independent art photographer.

This was at a time when photography was booming and practitioners like Daido Moriyama had the cachet of rock stars. In the 1970s, the photo magazine Asahi Graph, which backed several of Hashimoto’s projects, was able to sell 100,000 copies a week.

Hashimoto’s approach to his work has always been uncompromising and emotionally committed. One of his first projects after turning professional was to document daily life in Sanya, a rough-and-tumble area of east Tokyo where day laborers scuffle for jobs.

In order to understand their world, Hashimoto became a day laborer himself, unloading ship’s cargoes and cleaning up at construction sites. He even spent three days in the “monkey cage” (police holding cell), after photographing, and participating in, an invasion of Tokyo’s City Hall.

Some of his most interesting work has centered on Japan’s remote regions. “Nishiyama Onsen: Empire of Nakedness” explores the custom of communal mixed bathing in a medicinal spa high in the Yamanashi mountains. It was quite literally an immersive experience for Hashimoto, as he joined the naked throng singing and laughing in the crowded bath.

His “Goze” project involved roaming the countryside, mostly by foot in harsh conditions, with a small group of sightless female singers and musicians, the last remnants of an age-old tradition. Gaining the acceptance of the all-female band was no easy matter, but Hashimoto’s engaging, open-hearted personality invites trust.

Altogether, he was with them for three years, and the work he produced won him the prestigious Newcomers’ Award from the Japan Photographic Society. His images of 3.11 and its aftermath are just as visceral and haunting.

Painting Pictures in Words and Images

Hashimoto has an obsessive eye for detail. In conversation, he became quite animated on the subject of a classic photo by Bill Brandt. Well-known as the cover image for George Orwell’s “Down and Out in Paris and London,” it portrays a tramp hunting for food in the trash bin of a fancy restaurant while a man in a bow tie and tuxedo looks on.

An academic book had described the bin as being made of plastic. Hashimoto, convinced it was metal, researched the market for bins in 1930s France to prove his point and wrote to the book’s publisher asking for a correction.

The same visual acuity is present in the haiku that he writes. According to the late Tota Kaneko, one of the masters of modern haiku and a stern critic, Hashimoto’s haiku come from the same creative source as his photos and have “a special visual impact”. Here are two examples.

Having eaten from mother

Back in Ishinomaki, he lost himself in photography.“It was if I was in a boxing match with the actuality before my eyes,” he recollects. “Day after day, the camera captured piles of rubble, flattened fishing villages, the expressions on people’s faces.”

Sometimes he felt that he was talking to the tsunami itself, which had brought this once-in-a-thousand-years catastrophe. “Why did you do it?” he asked. “What was the real reason?”

The reply was always the same. “It was you.”

What does that mean? Hashimoto talks of an atonement that human beings must experience if they are to be protected from extinction on this earth, of the need to recognize the underlying principles of nature and the gods.

His heart told him to keep on pressing the shutter button.

All the photos in this two part series were taken by Shoko Hashimoto. His photobooks can be purchased online at the Shashasha bookshop, “Delivering Japanese and Asian Photography to the World.