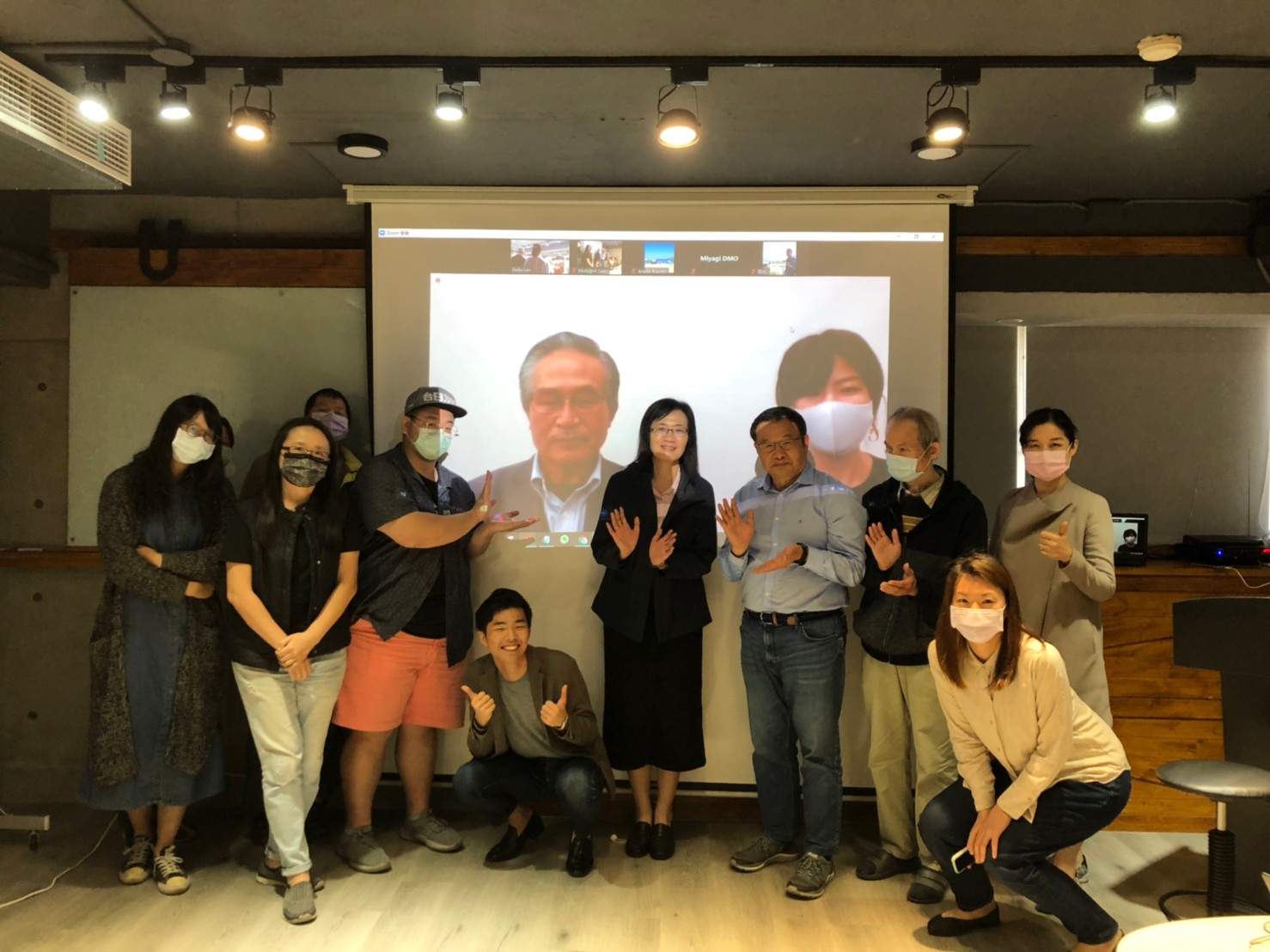 This is one of a series of articles on March 11, which marks the 10th anniversary of the Great East Japan Earthquake. What happened on that fateful day? What has happened since then? What does the future hold? Here we share the thoughts of people from many walks of life about this unforgettable tragedy.

As we approach the ten-year anniversary of the March 11, 2011 earthquake, tsunami and nuclear disaster, many have asked themselves how we should pass on information about this disaster in time of COVID-19.

In 2011, a magnitude 9 earthquake, the fourth strongest in seismic history, brought about a tsunami with waves of up to 40 meters in some parts of the region. How does one train people to protect themselves from that, not just in Japan but around the world?

Yet, amidst COVID-19, the mantra of 2020, and now 2021 has been Zoom Classes, Zoom Meetings, Zoom everything. And in a period when it’s impossible to travel, many of us have obligingly migrated to online for these purposes.

One prefecture in Japan has even been experimenting with disaster preparedness online.

The Miyagi Disaster Management Operations division ran four sessions online between February and March 2021, in which survivors of the 2011 tsunami and earthquake shared their experiences with people in Taiwan.

With the help of interpreters, Taiwanese researchers and students were able to listen to the experiences of people in Japan and learn what it meant to survive something like a tsunami.

Despite the spread of COVID-19, it was a moment for people of two earthquake-prone lands to come together, and reflect on what steps need to be taken to avoid the human loss from such disasters in the future.

A tsunami survivor, Toshio Kikuchi, 71, who spoke in the workshop later told JAPAN Forward about the importance of holding such events.

“Natural disasters are not something unique to Japan. Even Taiwan had a large earthquake some time ago,” he said. “The real question is seeing this information and thinking, ‘to what extent is this going to affect me’. That is what really makes the difference between surviving and becoming a victim in natural disasters.”

The idea of spreading a message of survival awareness abroad was born in June 2020, just as many people around the world were shut off from normal life and staying home.

Mugiko Takeda, who works to promote the Tohoku Area and was part of the organizational team of the series of workshops, commented to JAPAN Forward:

“With COVID-19, nobody could come to Japan. But as the anniversary [of the Great East Japan Earthquake] drew closer, we wanted to make it an opportunity for people to remember the disaster. With COVID-19, we thought that many might be forgetting this anniversary, and we thought to ourselves that we couldn’t let that happen.”

The outcome was three gatherings between February 6 and March 7 at venues in Taipei, Taiwan, and a fourth one entirely online. All connected through Zoom with 3.11 earthquake and tsunami survivors. The survivors were all volunteers who dedicated their free time to sharing stories about what happened on that day in 2011.

In Taipei, the event was held at a venue outside of Taipei Station, making participation by members of the public that much more convenient. There was no charge of any of the events.

The format was largely the same each time. In the first half, a Taiwan University professor expert in disaster prevention would run through the basics of what had happened that day, showing pictures of the disaster, and outlining measures that have been taken since then for disaster prevention. Then, in the second half, disaster survivors shared their stories and answered questions.

One of the volunteers was Toshio Kikuchi, 71, from Arahama Wataricho, in Miyagi Prefecture. On February 7, he told the audience in Taipei about his experience evacuating to a designated center and then being unable to move for two days due to high water blocking the center’s escape routes. He then answered questions of the audience in Taipei.

The reaction of people on the ground was largely positive. Students, and other people of all ages and walks of life attended, coming to learn about what happened on March 11, 2011.

It’s a mark of how deep the links run between Japan and Taiwan, that among those who attended were some who had come to Japan as volunteers in 2011. According to Takeda, at least one third of participants were quite knowledgeable about Japan.

During the event we covered on February 7, one of the members of the audience even recollected visiting Sendai Station in the aftermath of the earthquake, and asked whether there were still people selling goods made by the local community.

“The reaction from the audience was really good, and there were even some who reported being so touched that they cried. We really thought that it was a good thing that we held this event,” said Takeda.

Kikuchi modestly shared with us that the unusual practice of holding the events on Zoom meant there were certain messages which were harder for witnesses like him to pass on.

He told us later that he would really like people to come themselves to disaster affected areas, to get a better feel for what happened on that fateful day in 2011.

“There are not that many places which have stayed as they were since the disaster, but we can show people around, show them the DVDs and the pictures from that time, because it makes it easier to understand.”

Kikuchi explained in detail how deciding what to pass on to the next generation was an important topic, because even among those who had survived the disaster, there were some who were initially complacent about the risks of a tsunami actually reaching the city.

“When the evacuation warning, we need to be flexible, and immediately change our behavior, and escape to an evacuation center. That is the most important thing.”

RELATED: [3.11 Earthquake: Rebuilding] Am I Prepared for the Next One?

A soft-spoken man, Kikuchi sadly reflects on the area where he used to live, the Arahama section of Wataricho. 10 years after the tsunami, part of the area is still considered unsafe to live. Compared to early 2011, the population has halved, down from 4,000 inhabitants to roughly 2,000.

However, Kikuchi is adamant that things are looking up for the Miyagi area. The local population has kept its spirits up through community efforts and communal projects, such as making its own mascot “Ono kun.”

Ms. Takeda also reflects on Miyagi’s high hopes for when the COVID-19 pandemic ends, especially so people will be able to come and appreciate Tohoku.

“Just before the onset of COVID-19, we had the impression that people were starting to visit the Tohoku region. We hope that when COVID-19 ends, tourists will once more come and visit us. We will be happy to welcome them.”

Kikuchi took that a step further, appealing to young generations to consider coming to live in Miyagi Prefecture.

“Our area is very easy to live in. The winters are mild, it hardly ever snows, and the summers are cool,” he effused, adding, “We would be very happy to welcome young people in our community.”