[3.11 Earthquake: Rebuilding] Am I Prepared for the Next One? 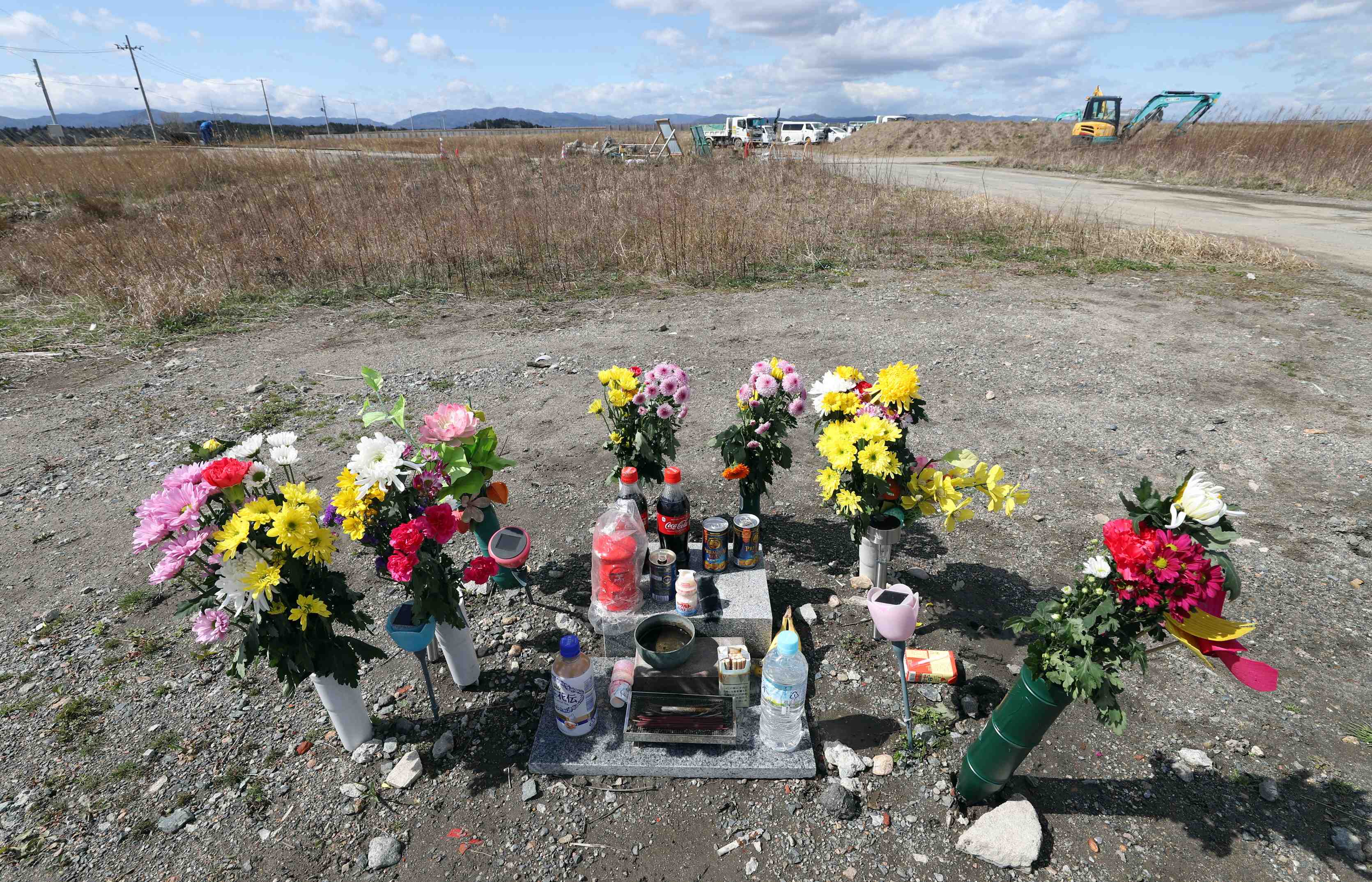 Ten years after the triple disaster of a magnitude 9 earthquake, 40-meter-high tsunami, and a nuclear meltdown struck Japan’s Tohoku region, the rebuilding of affected communities continues. JAPAN Forward is running a series of articles to help stakeholders remember the lessons of the great calamity of March 11, 2011 — and, in doing so, honor the ongoing rebuilding efforts while not rendering in vain the lives lost, the customs disrupted, the resources destroyed.

An earthquake on February 13 offshore from Fukushima produced the most severe shaking I have felt in Tokyo since the March 11, 2011, quake that caused a tsunami that resulted in nearly 16,000 confirmed deaths and led to the triple meltdown at the Fukushima Dai-ichi Tokyo Electric nuclear power generating facility.

The quake served as a reminder that I should check on my own preparedness for a major one striking Tokyo. This article covers some of the major points made in television programs and literature from my local ward office about preparation for and survival of a major disaster.

Earthquakes can and do strike anywhere in Japan. But, on a year in, year out basis, floods and landslides cause more damage and loss of life. Local government agencies put out maps identifying areas at risk of flooding and landslides. These are public information and may be printed, online, or both.

Earthquakes following a heavy rain may do little direct damage from the tremors, but they can trigger landslides or cause breaks in the levees containing rain-swollen rivers. Large areas of eastern Tokyo are below the flood level of major rivers, such as the Arakawa. In the aftermath of Typhoon Hagibis in 2019, there was flooding in the western suburbs of Tokyo along the Tama River.

Local governments also identify safe evacuation areas. Maps are available from local government offices and from the Ministry of Land, Infrastructure, Transport and Tourism online through this link (See MLIT Hazard Map portal on the homepage).

In recent years, a number of parks have been rebuilt or refurbished to also function as evacuation areas. One such park is close to my SOHO. Some of the park benches sit on top of grills that can be used for emergency cooking. Another portion of the park has provision for setting up portable toilets.

It pays to know where the evacuation areas are for your neighborhood. In the case of a tsunami or rapid flooding, solid buildings of three or more stories may also serve as a temporary refuge. Some buildings may be signed to indicate that they are suitable evacuation sites.

When Tokyo was shaken by the 2011 quake, rail service was halted. People were stranded on trains for extended periods, followed by very long waits for buses or taxis, or very long walks home.

While there has been some planning and preparation for a recurrence of this situation, it is better to assume you will largely be on your own.


This means first that you know how to walk home, possibly after dark, from any point along your commuter route without expecting to rely on a smartphone and GPS. It also means “sensible shoes” for commuting.

It is also wise to discuss with family members how and where to reunite if members are dispersed when a severe quake or other disaster occurs.

A telephone card that works with the few surviving pay phones can be useful.  Wireless circuits tend to overload almost instantly after a major quake even if the infrastructure is still functioning.

School gymnasiums and public athletic facilities are the most common form of sheltered (as contrasted with open air) evacuation facilities. Even under the best of circumstances, such centers represent a crowded, high stress environment. The COVID-19 pandemic has made the situation worse.

If sheltered evacuation facilities are configured for social distancing, capacity can be reduced to one-third of normal, with the added stress of worry about mutual infection.

This has resulted in additions to the list of things people should have prepared prior to evacuation: masks adequate for all family members, disinfectant for hand cleaning, and thermometers for detecting early indications of infection.

Oddly, none of the materials I looked at discussed pets. Japan has had a multi-decade “pet boom,” especially among the elderly. While it may be possible to take a single caged small dog or cat to a shelter, others need to consider the welfare of their pets.

My pets are four sliders (turtles). During the winter months they stop eating and can be left unattended for weeks. Even in the summer they can go some days without attention. Most common pets, however, are not so tolerant.

While shelters can often supply blankets, unheated sports facilities can be very cold.  Evacuees should take extra clothing. Rain gear should always be on hand. Even the simple kappa (ponchos) sold at convenience stores are better than nothing and provide some protection against drafts.

Sleeping bags or extra blankets, such as those sold in easy-carry pouches for evacuation purposes, are worth having on hand. So too are disposable body warmers such as kairo that generate heat from a chemical reaction.


Smartphones are almost mandatory these days, but the batteries in even the most power-frugal give out in a matter of hours. Public shelters cannot be expected to have charging facilities, and there will be few places to plug in chargers — even if the power is fully functional.

I keep a portable external battery pack that has enough capacity to recharge a smartphone several times. These are available at prices ranging from around ￥1,800 to ￥17,000 JPY, depending on capacity. There are also simple devices that allow you to charge phones using dry cell batteries.

Testing ahead of time is vital so that you know that all the required cables for connecting to chargers are present. This is especially important for Apple iPhones with proprietary or unusual connectors.

Earphones are recommended for shelters, perhaps with a Y connector and a second set of earphones (earbuds) so two can listen.

In addition to having disaster-related phone numbers and URLs saved in your phone book and bookmarks list, saved e-books can help pass the time without drawing down your battery the way watching videos does.

Disaster guides also generally recommend having a simple analog AM/FM radio to get advisory information. These will function for days on a single AAA battery.

Further up the preparedness scale are radios that can be recharged by cranking or from a built-in solar panel. Some have USB connections that can be used to charge phones and other devices. Prices start at around ￥3,500 JPY.  Examples can be found by searching on 防災ラジオ bosai-rajio in Japanese.

Two disaster preparedness pamphlets put out in English by the Tokyo Metropolitan Government.

With the advent of COVID-19, there has been an increased emphasis on what is called 在宅避難 — sheltering at home where this is not dangerous.

In practice, this means being prepared to deal with some structural damage by yourself and managing without water, electricity, gas, or any of these.

This means stocking food (in pouches, pasta), having a small portable gas stove and gas tanks, canned goods (opener), toilet paper, diapers, and other daily use items. The standard recommendation is a minimum of three days and preferably one week of supplies.

Water is a particular issue. The standard recommendation is 3 liters per person per day.

A stockpile of this size takes a substantial amount of space. Wet tissues and skin-safe disinfectant help to minimize the water needed for personal hygiene. Large wet tissues can substitute for bathing. Using bottled mouthwash also saves water when brushing your teeth.

Leaving a bath filled with water until just before its next use provides a reservoir that can be used to flush toilets.

Women with evacuation experience in Japan have recommended on Twitter that tampons are preferable to napkins and dry hair shampoo is good for hair washing.


Having one or more “blue sheets” — the ubiquitous blue tarps used in Japan for everything from enclosing crime scenes to the shelters homeless people construct for themselves — is highly recommended. They can be used to stop rain leaking through a damaged roof and reduce the wind coming through shattered windows, as well as to improvise a backyard shelter, etc.

To make the best use of blue sheets, you should also have plastic rope, duct tape, scissors, and other items for holding the sheets in place.

A stock of robust, flattened cardboard boxes of the type readily available from supermarkets is also recommended if you have space. Cardboard boxes can be used to build ad hoc beds or simply to put insulation between you and a cold floor or cold ground.

It is also important to make your home or apartment as safe as possible. This starts with securing things that will almost certainly fall over during a severe earthquake. Both my SOHO and my university office were thoroughly trashed by the 3.11 quake. Free-standing bookcases toppled, as did large computer monitors.


Thanks to extendible motion dampers that extend from the top of my many bookshelves to the ceiling, nothing fell during the recent quake.

The basics for securing items likely to fall are explained in most pamphlets on disaster preparation available from local government offices. Simple pictures and cartoons obviate the need for explanations in any and all foreign languages.

Where to Get Disaster Preparation Materials

Many stores in Japan, even convenience stores, carry some items. However, DIY stores, also called garden centers, typically have a section devoted to disaster preparation goods, as well as having dual-use items.


Tokyu Hands is also good for disaster preparation goods and has staff who can give you advice.

Being Prepared, Getting Information

Ideally, a family should have one or more backpacks with necessary items. In lieu of this, backpacks should be available along with a checklist of items that need to be taken. All items should be kept consistently in well-known places to avoid frantic searching in the case of an abrupt evacuation.

Most local government offices have handbooks or pamphlets explaining what you should have ready. Generally, these are available in Japanese with English for some sections or as items entirely in a language other than English. My local ward office, for example, has disaster readiness guides in English, Korean, and Vietnamese.  Other commonly available languages are Chinese and Portuguese, depending on the foreign resident population.


The Japan Meteorological Organization has a page devoted to “disaster mitigation information” for foreigners with 10 languages other than English. Tokyo and other cities have web pages with materials for download and links to disaster preparation sites.

The Cabinet Office of the Government of Japan has a page giving links to downloadable disaster preparation handbooks in languages ranging from English to Mongolian.

Even where pamphlets are not available in a particular language, drawings and cartoons generally make clear a large fraction of the contents. National embassies may also have information tailored to their citizens in Japan.

Going through a disaster that directly impacts you and your family can never be pleasant. But preparing will not only increase your chances of survival and reduce the strain associated with either evacuation or sheltering in place, it is a good way to learn about your neighborhood and the services your local government has to offer.

Follow Dr. Kinmonth here at JAPAN Forward through his author page, on LinkedIn, and on Twitter @bull_japanese.