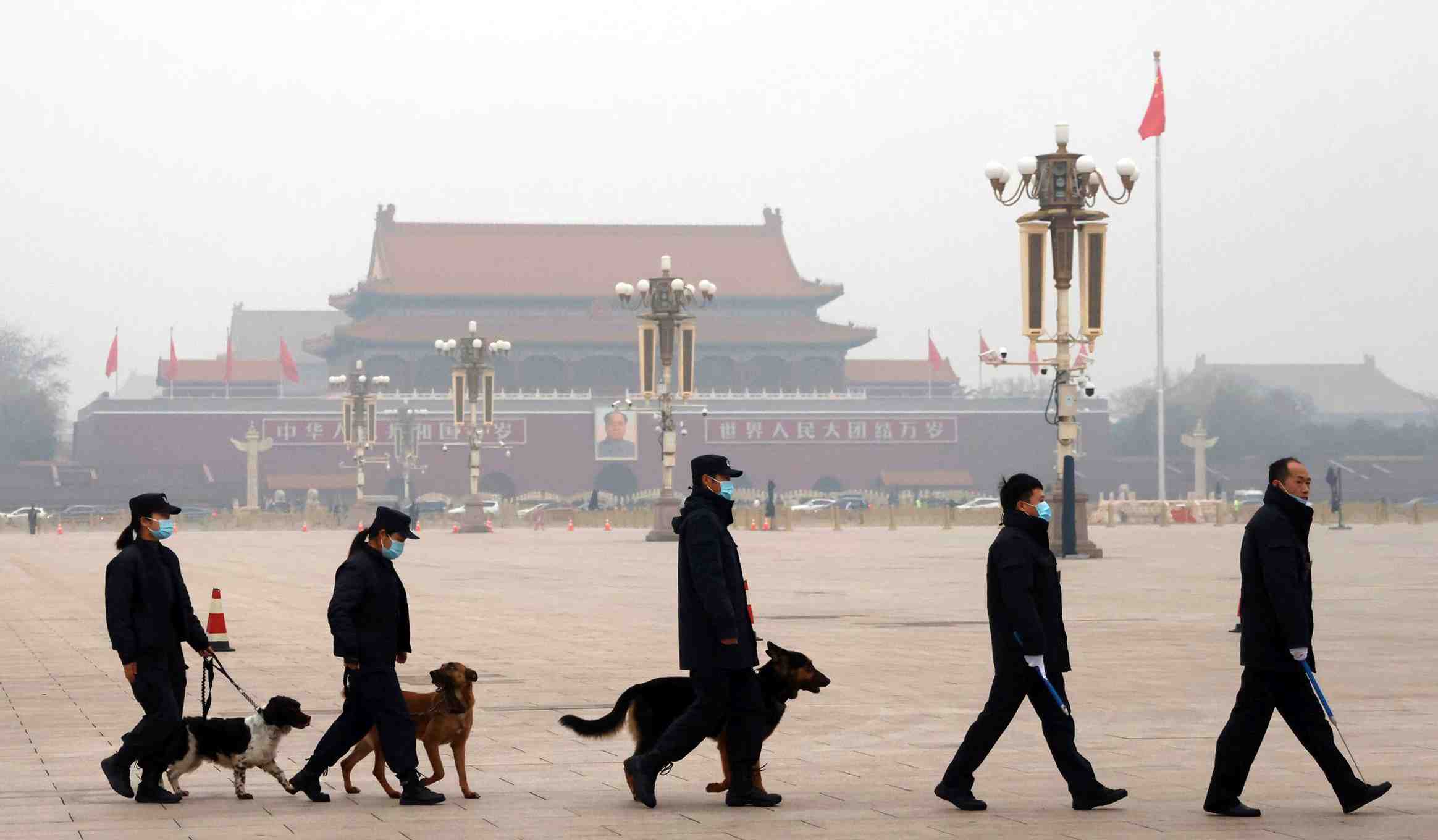 The annual meeting of the National People’s Congress (NPC), China’s rubber stamp legislature, opened in Beijing on March 5 with around 3,000 delegates in attendance.

In his political work report on behalf of the State Council, Premier Li Keqiang spoke of the “strategic results” stemming from [China’s] efforts to control the novel coronavirus outbreak and noted that China was the “only major economy to enjoy positive economic growth” in the past year.

He further boasted that this achievement had “caught the attention of the world and would be chiseled in history.”

Not a word did the Chinese premier utter about how the regime of Xi Jinping frantically covered up the initial outbreak of the epidemic in the city of Wuhan in Hubei Province despite having the relevant facts, and generally botched early efforts to control the disease.

It is incontestable that as a result, the deadly virus spread like wildfire worldwide, taking a toll of more than 2.5 million lives to date.

Ignoring this tragic reality, the report by the number two official in the ruling Chinese Communist Party (CCP) did not evidence the slightest sense of responsibility or apology for the crisis we all face.

Turning to the economy, Li’s report set a target of “over 6%” growth for China’s real GDP in 2021. (The target was scrapped in 2020 due to COVID-19.) In one sense, this was an appeal for the world’s second largest economy to spring back from the economic chaos of COVID-19 to achieve the world’s fastest V-shaped recovery. It was also an obvious attempt to enhance national prestige.

At the same time, the newly announced 14th Five-Year Plan (2021-2025) avoided numerical targets, settling for a goal of maintaining growth “within a reasonable range.”

But these fine words cannot cover up the ongoing harsh suppression of human rights within China.

Despite concern in international society about the violation of human rights and persecution of the Uyghurs and other minorities in Xinjiang, Li called for thorough implementation of the CCP’s ethnic policies so that “we can guide religion to adapt to our socialist society.”

It is impossible to overlook the fact that, under the guise of “socialism,” the Communist Party is suppressing the unique cultures and religious beliefs of the Uyghurs and other minorities in that country.

The United States, Canada and other countries have one after the next criticized China’s oppression of the Uyghurs as constituting genocide.

However, foreign defense experts point out that China’s actual spending on its military could be as much as 40% higher than it admits.

In his speech, Li went out of his way to kowtow to supreme leader Xi Jinping, saying that the military expansion was a profound reflection of “Xi Jinping thought” in its emphasis on enhancing China’s strategic ability to stoutly defend national sovereignty, security and development interests.”

In other words, Li was clearly announcing Beijing’s intent to continue its maritime thrust into the South China Sea and threatening of Taiwan, even while it strengthens its nuclear forces.

With Li having thrown down the gauntlet, it is now up to international society to deter China’s “militarism” run rampant.

(Read the Sankei Editorial in Japanese at this link.)