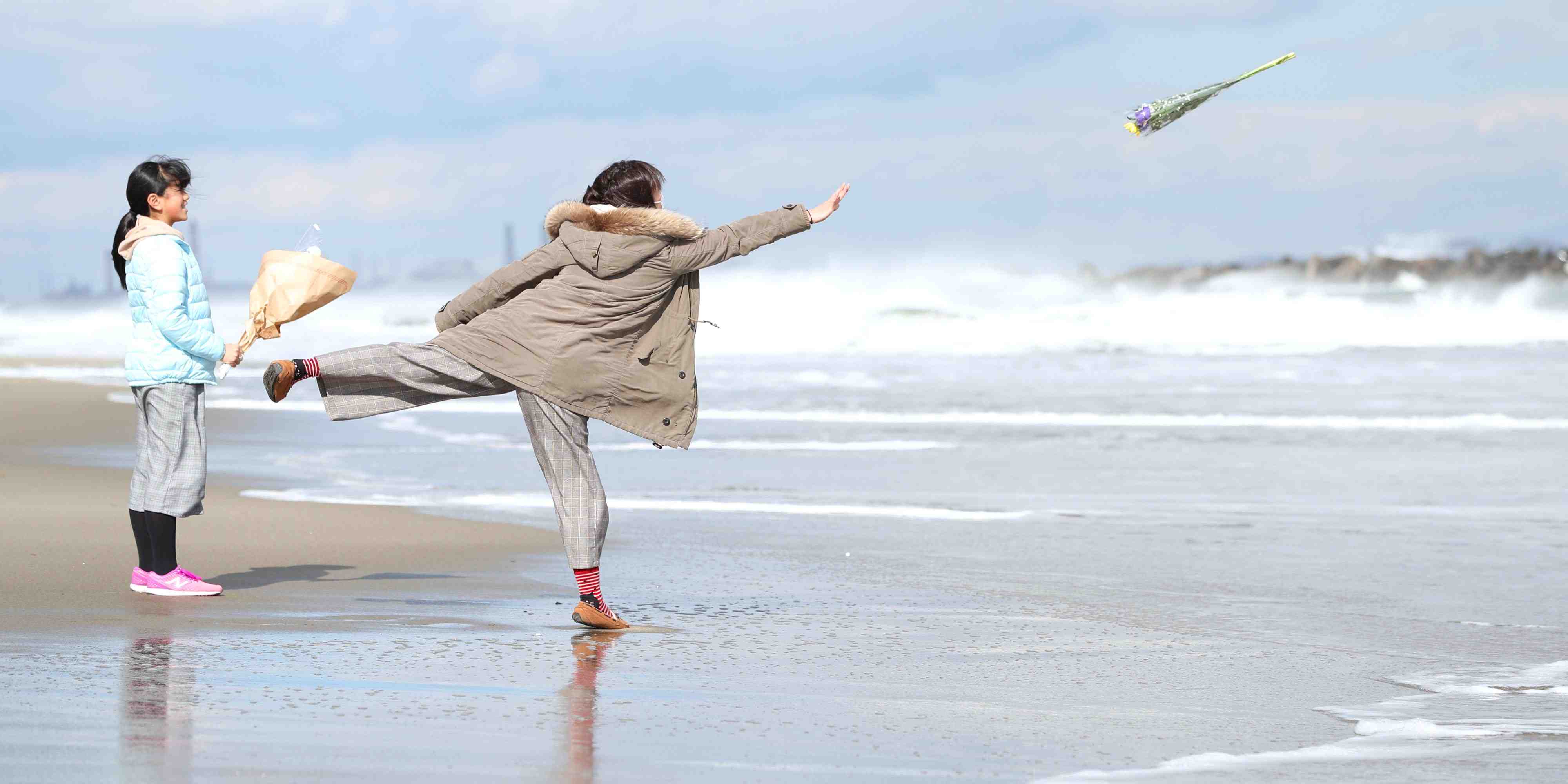 It's been 10 years since the Great East Japan Earthquake and Tsunami hit Tohoku Japan, overwhelming a Japanese nuclear energy facility and spawning what has been dubbed the 3.11 triple disaster. At the time, I was 16 and living in Italy, and I only recollect blurry images on the news, and not being able to get in touch with my family in Tokyo.

There are countless ways to look at the way the Tohoku disaster continued in the coming months, years, and even today. It affected geography, infrastructure, the economy, towns, and, most of all, the people of the region.

In the months following the disaster, while TEPCO and the government attempted to bring the nuclear disaster under control, many had lost their livelihoods, were without electricity, without water, without food, with telephones non operational, and cut off from roads and train lines.

The government mobilized more than 100,000 members of the Self-Defense forces from all over Japan to help. International bodies offered assistance including emergency rescue teams and supplies, while humanitarian relief was offered by organizations such as the Red Cross. Famously the U.S. sent members from all four branches of the military to help in the rescue and the clean up in Operation Tomodachi.

Victims continued living for months in evacuation centers, and then for years in temporary housing. The stress, the loss and grief suffered by those who survived is difficult to fathom, but in official figures the secondary but “related” deaths are estimated at over 2,300.

In economic terms, the cost of the damage from the disaster has been estimated at $210 billion USD. The Japanese government has spent more than ￥32 trillion JPY (roughly $300 billion USD) on the recovery.

But looking at all of this, it seems almost too much to take in. I keep thinking: how do you quantify disaster?

In this series at JAPAN Forward, we delve into some of the lives that were affected by the triple disaster, and, 10 years later, whether we know how to avoid such tragedies in the future.

We start from one of the cities which suffered the worst losses of human life: Ishinomaki.

Before we do so, though, it’s helpful to take a moment to look at what exactly happened on that day. What was this natural disaster?

Those who experienced the moment recall that what initially felt just like “just another quake” became the strongest earthquake they had ever experienced. Something which normally lasts seconds, lasted up to six minutes.

It turned out it was not just a hunch. With a magnitude of 9, this was the most powerful earthquake ever to have struck Japan, and the fourth strongest in history. It’s estimated that Japan moved closer to North America due to the sheer force of the quake.

The earthquake itself produced fewer than 100 victims, along with some damage to property and cuts in electricity, water supply, and widespread fires. It also disrupted transportation infrastructure, such as train lines and roads, which took months and sometimes years to be rebuilt.

But, this wasn’t the worst of it. The really scary damage was about to come.

Minutes after the earthquake, the Japan Meteorological Agency (JMA) issued a tsunami warning. Less than half an hour later after the warning, between 3:18 PM and 3:51 PM on March 11, tsunami wavesー some as much as 9 meters highー hit the coastal towns of Tohoku Japan.

“Looking at the tsunami wave coming, it seemed surreal, I felt like the images I was seeing were from a movie,” said Michiko Hirai, (60) who is a journalist at the local newspaper, Ishinomaki Hibi Shimbun, and on that fateful day was reporting from the ground.

30-Meter Tsunami on Hokkaido and Tohoku ‘Could Be Imminent,’ Cabinet Office Warns

Looking at the footage, what is striking is the sheer force of the water. It’s said that the force of a tsunami wave is too strong to stand up, even in water only 50 cm deep. According to a report by the JMA, a tsunami which originated 2 km underground could have a speed of 500 km per hour, which is faster than a racecar.

And as the monster wave hit the coast on 3.11, it flattened everything that was in its way. Houses were crumpled like they were made of matchsticks. People who were caught in the impact rarely survived.

Some, because of the accompanying electrical outage, didn’t hear the tsunami warning. There were others who didn’t think a tsunami would come. Some who had escaped to an evacuation center were still caught up in the disaster.

A summary by the Japanese government says that 15,832 bodies were recovered, but several thousand are unaccounted for to this day, bringing the total tally to around 18,355 victims. It was the biggest loss of life Japan has experienced since the Second World War.

Then came the nuclear disaster. Further down the coast in Fukushima Prefecture was the Tokyo Electric Power Company (TEPCO) nuclear plant, 153 km south of Ishinomaki. On that day, three reactors out of six were in operation.

When the earthquake struck, the nuclear reactors went into what is called SCRAM, meaning an automatic process of shutting down and cooling the reactors in case of disaster.

Because of the earthquake, the plant was relying on its emergency generator at the time, and everything seemed to be going smoothly.

Then came the tsunami, which swamped the emergency generator, preventing the cooling of the reactors. This caused a domino effect of having to manually cool down the reactors, lest a meltdown occur.

Several tens of TEPCO employees risked their lives in the process, working for several days in a race to prevent the worst nuclear disaster of all time. However, the built up hydrogen in the reactors, which caused a rise in temperature and partial meltdown of the rods, caused two explosions on March 12, and 14. A third explosion also occurred shortly after.

As a precaution, the government called a no-fly zone, and adjacent areas in a radius of 20km were evacuated. At its peak more than 470,000 people were evacuated from their homes for the fear of radiation. A month later, in April the International Atomic Energy Agency placed the incident in the same category as the Chernobyl accident, which had occurred in the Soviet Union in 1986.

The extent of spread and effects of the radiation were initially unknown, causing many embassies in Tokyo (more than 280 km from Fukushima) to encourage residents to evacuate. It was only in December 2012, that the Japanese administration finally declared the TEPCO plant stable.

Impacts to this day

Several years down the line, cities up the coast from Fukushima have found ways to recover and rebuild themselves since the disaster.

Some decided to move away from the city, and the population of the area is currently at about 140,000.

Those who stayed had to decide whether to rebuild what was there, and if they faced the staggering question: how do you rebuild from total loss? Even the geography of the land was altered.

Going there now, Ishinomaki is largely built anew, but looks little like it did before the disaster. Apart from a few construction sites, the city is tidy and glossy, and looking at the bay on a sunny day, one could hardly tell that there was a tsunami here ten years ago.

But there are still wounds that take time to heal. Locations which have been deemed safe but were devastated by the tsunami, today lie largely deserted because people can’t bear the thought of moving back to such a potentially risky area.

The economies have changed for all the affected towns, and those who lost family, friends, acquaintances face the everyday battle of moving forward.

Join us as we try to explore how we humans can recover from such a loss of livelihood and life, and what lessons can be learned for the generations to come.