30-Meter Tsunami on Hokkaido and Tohoku ‘Could Be Imminent,’ Cabinet Office Warns 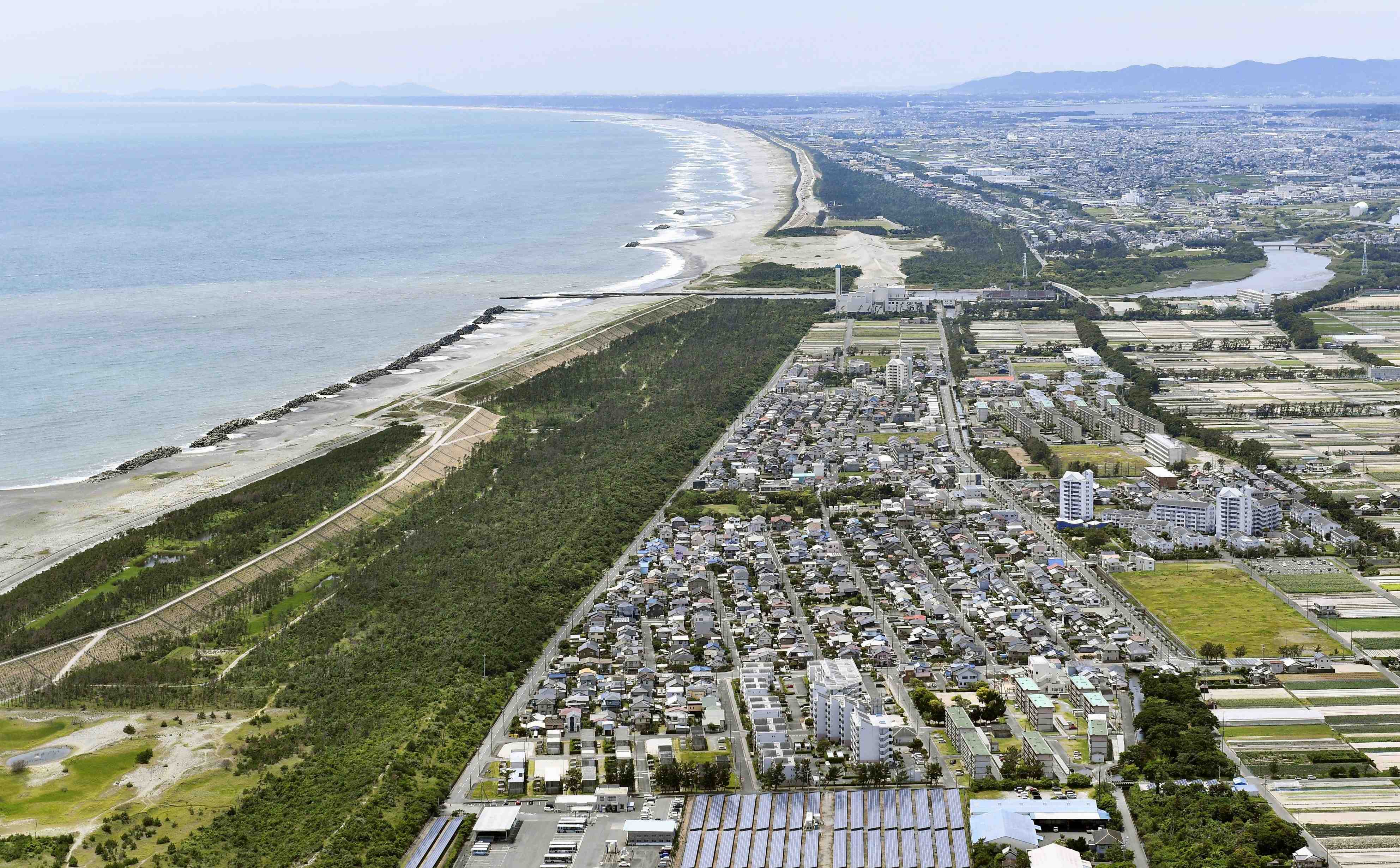 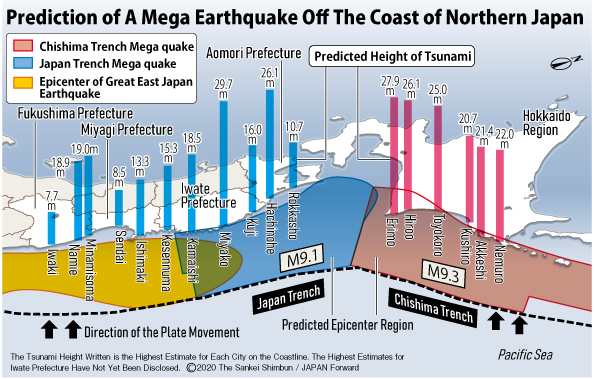 Megaquakes surpassing the strongest ones in Japan’s recorded history could be forthcoming, a string of findings released by Japan’s Cabinet Office on April 21 showed.

Based on a new numerical simulation regarding gigantic earthquakes, with their focus off the Pacific coasts of Hokkaido or the northern part of the Tohoku region, the magnitude of one of the megaquakes could measure as much as at 9.3 on the Richter scale, emanating from along the Chishima (Kuril) Trench off Hokkaido.

The other could register a magnitude of 9.1, originating along the Japan Trench off the northern part of the Tohoku region.

The heights of tsunami resulting from the two massive tremblors could both reach a maximum of about 30 meters, striking a broad region along the eastern area of the Japanese archipelago, according to a report submitted to the Cabinet Office by a panel of experts.

The occurrence of either of the powerful earthquakes should be deemed “imminent,” the Cabinet Office said, noting the government will waste no time in reviewing its current anti-disaster countermeasures.

Magnitude 9.3 Jolt Would be Strongest in History

The megaquake from along the Chishima Trench would be of a scale surpassing that of the magnitude 9.0 Great East Japan Earthquake in 2011. It would also exceed that of a Nankai Trough earthquake of magnitude 9.1 that experts have forecast would hit the vast area from Shizuoka Prefecture to part of the southwestern main island of Kyushu, the report said.

The tsunami forecast for the Chishima Trench quake could be as high as 27.9 meters at the town of Erimocho on the Pacific coast of Hokkaido, and from 10 to 20 meters or more in the area ranging from Erimocho to the city of Nemuro at the eastern extremity of Hokkaido. The tsunami would reach nearly 30 meters on the Russian-held island of Etorofu, according to the numerical simulation done by the expert panel.

In the Kanto region, including Chiba and Ibaraki, the tsunami would be in excess of five meters high, the expert panel report showed.

The report assumes all of the coastal municipalities from Hokkaido to Chiba prefecture would be inundated by the tsunami. Such areas as the cities of Tomakomai, Hokkaido, and Sendai in Miyagi prefecture would be submerged, even the inland districts. An assessment of the potential impact on Iwate prefecture was withheld because the Cabinet Office failed to obtain the prefecture’s approval on the matter.

Earthquakes predicted to jolt widespread areas this violently would be felt at the severest level on the Japanese seismic intensity scale of 1 to 7 in the area near the town of Akkeshi, eastern Hokkaido. They would hit as an upper 6 in the cities of Kushiro and Nemuro, both in Hokkaido, and in some areas on Honshu, such as Aomori and Iwate prefectures.

The Chishima Trench and the Japan Trench, both deep underneath the Pacific, are places where the ocean side of tectonic plates slide into the land plate under the Japanese archipelago. Triggered by slippage on a fault at the boundary of the two plates, megaquakes have taken place in this area many times. However, no massive earthquake attributable to the Chishima Trench has occurred since the 17th century, signifying an accumulation of the tectonic strains for centuries.

During the Great East Japan Earthquake, which originated in the Japan Trench, a section of the fault located beneath the waters off Iwate prefecture and northward did not move at the time, leaving an unchanged risk of a major quake from that fault. The expert panel’s report was therefore prepared using the assumption that the greatest possible earthquake could occur along either of the two trenches.

Given that earthquake-related historical documents are scarce in Hokkaido and Tohoku regions, the panel used deposits generated by massive tsunami that hit the area 18 times in the past 6,500 years to estimate the scale of past major earthquakes. The focal region of a potential earthquake from the Chishima Trench extends broadly to the area off the coasts of the Russian-held Northern Territories. The energy from such a quake has been estimated to be as much as  2.8 times as strong as the Great East Japan Earthquake. (RELATED ARTICLE: Government Panel Warns: Great Earthquake Possible in Tohoku Region Within 30 Years)

Bearing in mind that the 2011 megaquake broke out as a “completely unforeseen disaster,” the Cabinet Office has been reviewing scenarios in a bid to be better prepared the next time. This report follows earlier studies concerning the potential for a Nankai Trough earthquake and one centering around the Tokyo metropolitan area. (RELATED ARTICLE: 71 Cities in Japan At ‘Very High’ Risk of 3-Meter-High Tsunami Within the Next 30 Years)

A damage estimate report for quakes linking to the Chishina Trench and the Japan Trench is scheduled to be worked out by the end of fiscal year 2020, officials said.