Abe and Trump Get Acquainted: A Read-out of their First Phone Call 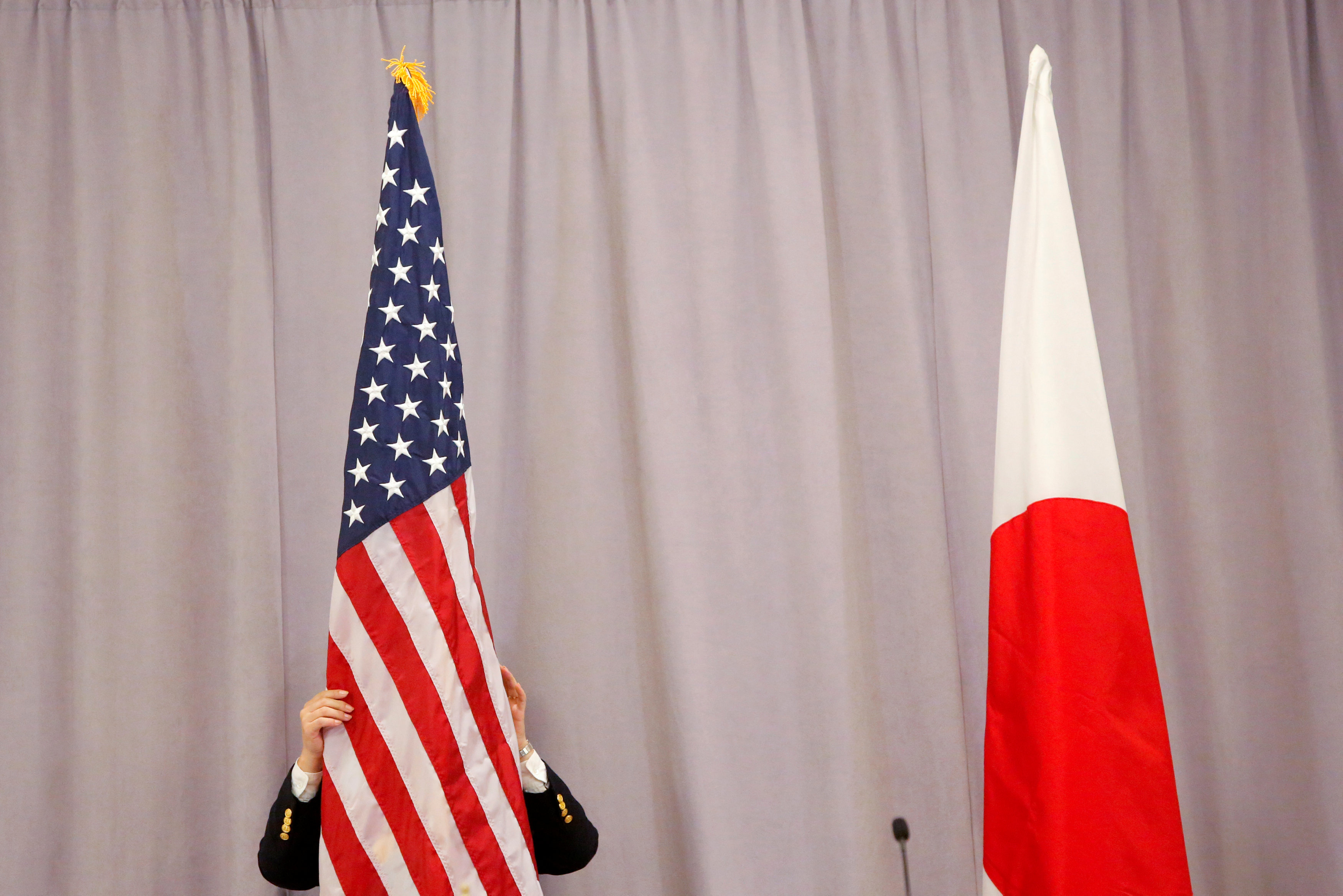 Prime Minister Shinzo Abe called Donald Trump, the Republican winner of the U.S. presidential election, the day after his victory, at which time they agreed to meet in New York as Prime Minister Abe traveled to Lima, Peru for the Asia-Pacific Economic Cooperation (APEC) summit. This was the first time a prime minister has met with a president-elect prior to his inauguration in January. “I have to meet with President-elect Trump to discuss the importance and meaning of the US-Japan Alliance as soon as possible, the Prime Minister reportedly insisted.

In the call, Prime Minister Abe offered his congratulations to president-elect Trump, and stressed that “a strong alliance between the United States and Japan is essential to peace and stability in the Asia-Pacific region.” Trump replied that “The partnership between United States and Japan is outstanding, and I want to strengthen our special relationship even further.” They reportedly did not discuss the Trans-Pacific Partnership (TPP) or the expense of garrisoning U.S. troops in Japan.

At a press conference soon afterwards, Chief Cabinet Secretary Yoshihide Suga said that the Prime Minister called the president-elect directly after the election, and regarding the meeting in New York pointed out that it would be “an excellent start to building a relationship of mutual trust between our two leaders.” He added that Trump sees “the U.S.-Japan alliance as most important. We felt very strongly that he wants strong cooperation between the U.S. and Japan.”

Given the importance of the U.S.-Japan relationship in the security of East Asia, especially in regards to deterring regional aggression, it is of the utmost importance that the two countries remain on the same page. Since Trump will be the first U.S. president without any political or military experience, there are clearly areas in which he is a blank canvas, particularly regarding diplomatic and security guarantees, so the meeting offers an opportunity for the Prime Minister to set the agenda with his incoming American counterpart. “Trump is talking about trade protectionism, but I’d like to talk to him about how much the U.S. has benefitted from free trade.” Prime Minister Abe said to staffers.

Interestingly, the meeting was agreed upon by the participants in the phone call, without the involvement of the Ministry of Foreign Affairs, making the decision strictly a top-down decision by the two individuals. According to staff, the conversation between Prime Minister Abe and Trump was fast paced, with Trump indicating his understanding of the importance of the U.S.-Japan alliance and his respect for the Prime Minister’s achievements. A staffer familiar with what was discussed during the call said that the personalities “might be a better match than with President Obama.”

In Japan, there had been some concern with the fact that during Prime Minister Abe’s September visit to New York he met only with Democratic presidential candidate Hillary Clinton, due to his need to return for the Diet session, which might be a bone of contention with the Trump camp.

In fact, the Japanese government had requested a meeting with Trump at the same time but the Prime Minister was only able to arrange a meeting with investor and Trump advisor Wilbur Ross, Chairman of the Japan Society. At the time, Ross told the Prime Minister that “Mr. Trump is using strong rhetoric for the election, but he is a man capable of very pragmatic and logical thought.”

As for Mr. Trump, due to his comments on withdrawing or reducing U.S. Forces in Japan and his apparent approval of Japan and South Korean Nuclear armament, there is a strong sense that no one knows what he is going to say next, putting people both inside and outside the country on guard.

Nevertheless, for Prime Minister Abe this situation offers an element of opportunity to strengthen ties with its neighbors as China continues to expand its reach. President Obama had a certain emotional opposition to Russian President Putin and Philippine President Duterte, and his administration occasionally attempted to put the brakes on Prime Minister Abe’s outreach to those leaders, but it may be that Trump has no such qualms.

Consequentially, Trump’s election may offer the Prime Minister the chance to reexamine the broader fundamentals of the U.S.-Japan alliance.