Blog In My Part of Japan Special Reports Travel 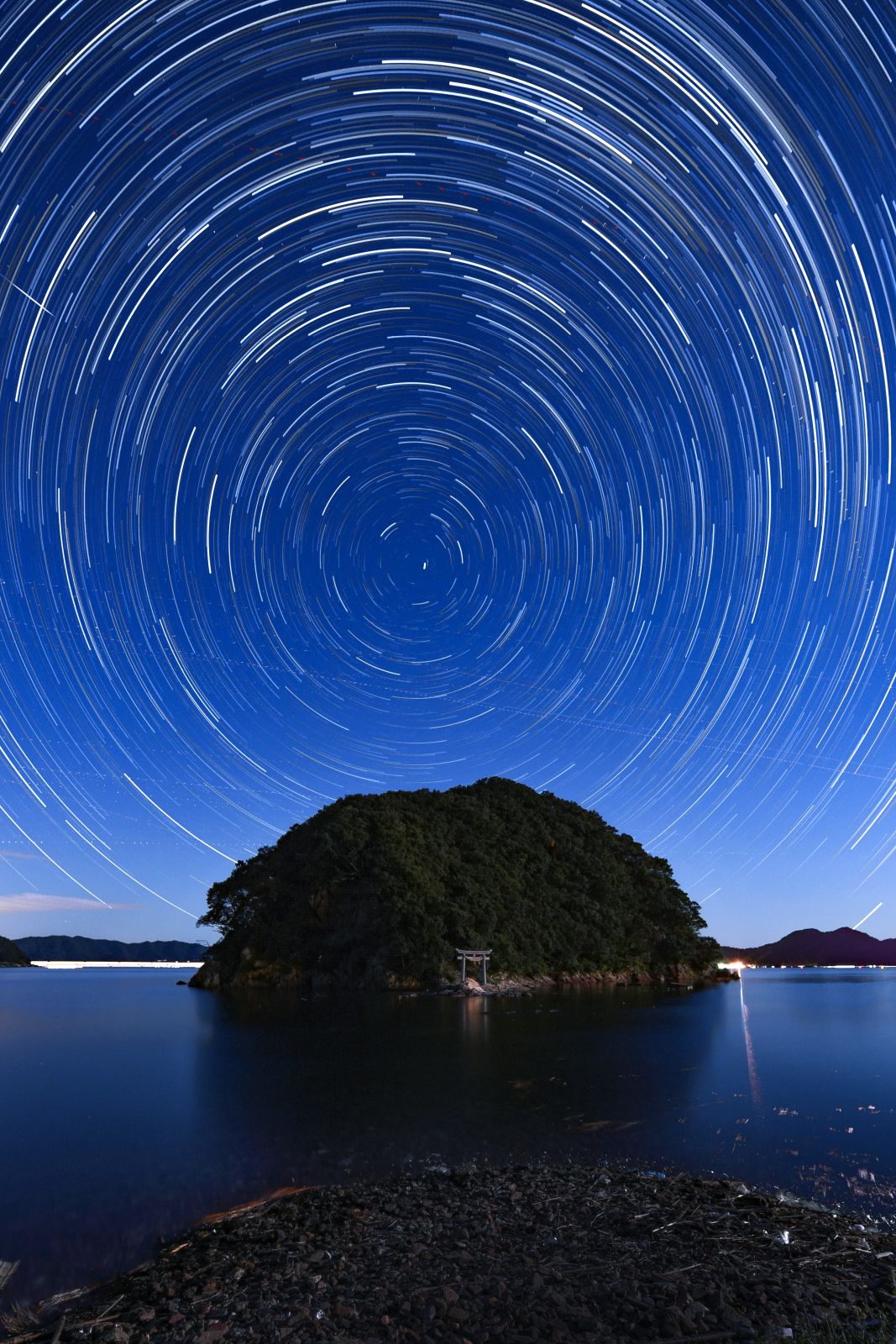 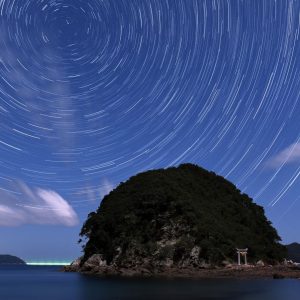 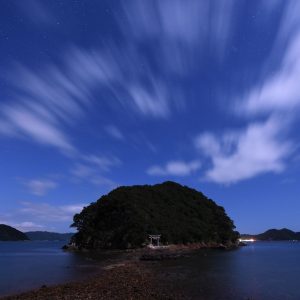 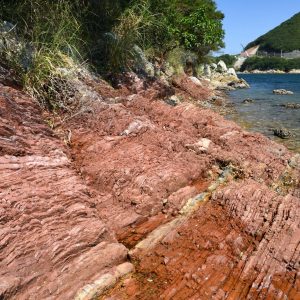 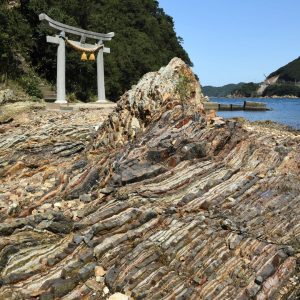 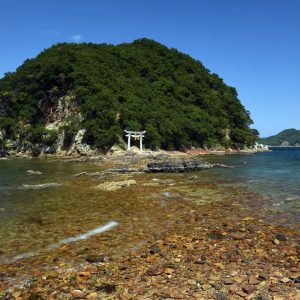 The moon peeks out between the clouds, silhouetting the profile of the islet. Depicted in a long-exposure photograph are a host of light trails from stars that look as though they are showering down on the tiny island.

The Ajirojima islet in the city of Tsukumi, Oita Prefecture, faces the Bungo Suido channel between Kyushu and Shikoku Islands. It is known for its unique geographical features, including a large number of strata created at the bottom of sea that have been pushed to the surface and exposed because of tectonic plate movements.

The exposed strata give us a firsthand look at Earth’s records that date back to some 200 million years ago.

At low tide, the islet can be reached on foot from the mainland. Walking across a rocky area that was a seabed in times long past evokes a sense of mystery and awe.

Nothing is to be seen on the uninhabited islet except a small shrine dedicated to Ebisu, the Japanese god of bountiful fisheries and safety at the seas. At night, you can hear no sounds but the waves, except for engine noises of fishing boats sailing out to sea.

Findings in a geological study that began in 2007 on Ajirojima islet reveal that its strata contain fossilized particles of “cosmic dust” confirmed to have dated from around 240 million years ago. They were the oldest ever to have been discovered at the time and the discovery made headlines around the world.

Cosmic dust, also known as stardust, is a substance less than one millimeter across that exists in space. Because the strata of Ajirojima were initially formed undersea, the rate of their sedimentation was slow. As a consequence, the islet’s strata contain cosmic dust particles in extremely high concentration, according to experts.

Tetsuji Onoue, an associate professor at Kumamoto University Faculty of Advanced Science and Technology, reminisced about feeling so excited to find himself holding “what could be considered ‘crumbs of shooting stars’ — which creatures that lived 240 million years ago might have witnessed — in my hands right now.”

How impressive it is that minuscule fragments of falling stars, found on the surface of the ground on a tiny islet in Japan, are likely to provide a key to unwrapping the secrets of the universe!

Ryosuke Kawaguchi is a photographer of the Sankei Shimbun Photo Journalism Department.