Memories of the Gripsholm Exchange: Living on Both Sides in World War II 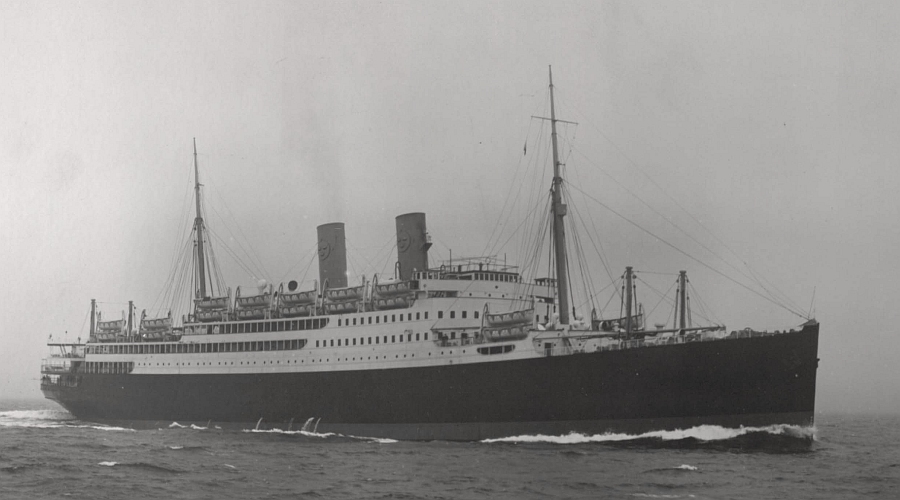 More than 100 American citizen minors were collected and sent for an exchange of civilians between the United States and Japan in the midst of World War II. I was one of them.

In the U.S., though we were American citizens, we had been deprived of our constitutional rights and confined as enemy nationals. Even then, wartime Japan was no place to be.

The exchanges of civilians between the warring countries involved approximately 1,500 individuals on each side per exchange.

The port of Lourenco Marques in Angola, Africa, was selected as the site for the first exchange, and Goa, India, for the second, since a neutral country did not border either the U.S. or Japan.

The U.S. chartered the MS Gripsholm, a Swedish liner, for both exchanges.

Japan used the Asama Maru and an Italian liner, the Conte Verde, for the first exchange, and the Teia Maru (the French liner MS Aramis on lease to Japan) for the second.

The Gripsholm departed New York on June 19, 1942, with Japanese diplomats and other Japanese nationals. It made a brief stop at Rio de Janeiro and proceeded to Lourenco Marques, where the exchange of civilians took place.

On the Japanese side, the Asama Maru departed Yokohama with American returnees from Japan, Korea, and Manchuria. It rendezvoused in Singapore with the Conte Verde, which was carrying returnees from China who had boarded at Shanghai.

The first exchange took place on July 23, 1942, at Lourenco Marques. The Gripsholm arrived back in New York on August 25, 1942, with its American returnees.

My involvement was in the second exchange.

Most of those put on our ship were Japanese from Latin American countries. Among the families from the U.S., however, there were over 100 minors who were American citizens. Twenty-two of the Americans were male teenagers, including me.

We departed on board the Gripsholm from New York on September 2, 1943, for the exchange that took place on October 19, 1943, just over a month and a half after departure.

Our ship made stops at Rio de Janeiro and Montevideo, Paraguay, then refueled at Port Elizabeth, South Africa, before proceeding to Goa, where we were exchanged for Americans leaving Asia. After the exchange, the Gripsholm — full of American civilian passengers — arrived back in New York on December 1, 1943.

We — the Americans of Japanese ancestry — were put on board Japan’s ship, the Teia Maru. We made brief stops at Singapore and Manila, where some passengers disembarked. I arrived at Yokohama on board the ship on November 14, 1943.

What Happened to the American Citizens sent to Japan?

Two of the teenagers who had boarded with me in New York disembarked at Singapore. Later I learned they did not survive the war.

Another, a pre-teenager who had disembarked with his family in Singapore, perished with his father. The Red Cross ship they were on, the Awa Maru, had been guaranteed safe passage both ways by the U.S. to deliver Red Cross supplies to Allied POWs in Southeast Asia, but it was sunk on its return voyage to Japan by a U.S. submarine.

Soon after the end of the war, most of the former teenagers returned to the U.S. without their parents. Some, like me, were still teenagers when we returned.

Fifteen of us, including a few who had been pre-teenagers on the Gripsholm, served in the U.S. military during the Korean War.

Life as an American Teenager in Wartime Japan

In Japan, although American citizens, we were not under any restrictions other than being barred from certain schools and jobs requiring Japanese citizenship. As foreigners, we were not subject to military conscription.

However, all of Japan was a war zone, with severe food shortage and no markets.

The bombing started a few months after I arrived. The experience, while traumatic, offered a firsthand observation of the Japanese people and of events in wartime Japan.

One lesson stood out from the experience of having lived in both countries during the same war. It was in seeing how decent, well-meaning people could trample on the rights and freedom of their own people and commit atrocities against others without realizing what they had become.

Both sides were convinced of the righteousness of their respective causes, from which I learned that right and wrong, good and evil, are not absolutes.

At the end, in Japan, when the Emperor announced that the war was over, it was over. There was no breakdown of law and order, and, surprisingly, no expression of anger against the U.S. for the bombings of some 60 cities and the hundreds of thousands of civilian casualties.

Japan accepted the terms of the peace treaty, rebuilt, and, in short order, became one of the most peace-loving and democratic of all nations.

Japan’s alliance and friendship with the U.S. have continued to this day.

How Japan Pays Respect to Its Former Enemy

There is nothing in the peace treaty that requires Japan to pay eternal penance. The war ended over 70 years ago. Yet, Japan’s atrocities — real or based on hearsay and often invented — are constantly raised.

Since the war, Japan has never engaged in hate activities against America. There are even memorials for B-29 crews at areas where they crashed. The one in Shizuoka was put up during the war, replaced with a larger one by the city after the war.

In southern Japan, there is a memorial park in honor of the B-29 crew who perished there. There are others.

Perpetuation of Racist Wartime Myths in the U.S.

In contrast, American cities erect comfort women statues with unproven allegations to shame Japan and instigate hate. Recently, the city of Osaka terminated its 60-plus years of sister city relationship with San Francisco because of its anti-Japan activities.

The shame is on us Americans — especially when allied military records disprove the comfort women/sex slave narrative.

Japan is the most reliable and powerful ally we have in Asia. Japan is not a third world country, it is the third largest economic power in the world.

We remember Bataan, but have we forgotten we Americans used a weapon of mass destruction — not on a military installation but on a populated city, killing countless thousands of women and children — to win that war?


The mass rape of Japanese women in Manchuria by our ally Russia is also a forgotten atrocity.


Japan did not have a monopoly on atrocities.

In French Indochina (Annam, Laos, Cambodia, Cochin China, Tonkin), French troops retained their weapons and Indochina remained under French administrative control until the closing months of the war. After the French withdrew, the Japanese put local rulers in charge.

Thailand, next door, was an ally of Japan.

After the war, 600 or so Japanese soldiers remained in Tonkin (North Vietnam), giving military training to the Vietnamese and joining them in their fight for freedom against the return of the French. The Vietnamese haven’t forgotten.

In Indonesia, a few thousand Japanese soldiers remained after the war and joined Indonesians against the return of the Dutch. The thousand or so Japanese who died are interred at the Kalibata Heroes Cemetery in South Java.

Many know of Subhas Chandra Bose and his Indian National Army in Burma, fighting alongside the Japanese. But few know that his ashes and memorial are enshrined at the Renkoji Temple in Tokyo.

Not all of Asia hated the Japanese then — nor do they now.

This was not written to excuse Japanese atrocities but to provide a more objective view of Japan.

The close ties between the U.S. and Japan have continued for over 70 years. Yet, never have they been as vital — or as threatened — as they are today. Mutual understanding and trust are essential for our friendship and alliance with Japan to continue.