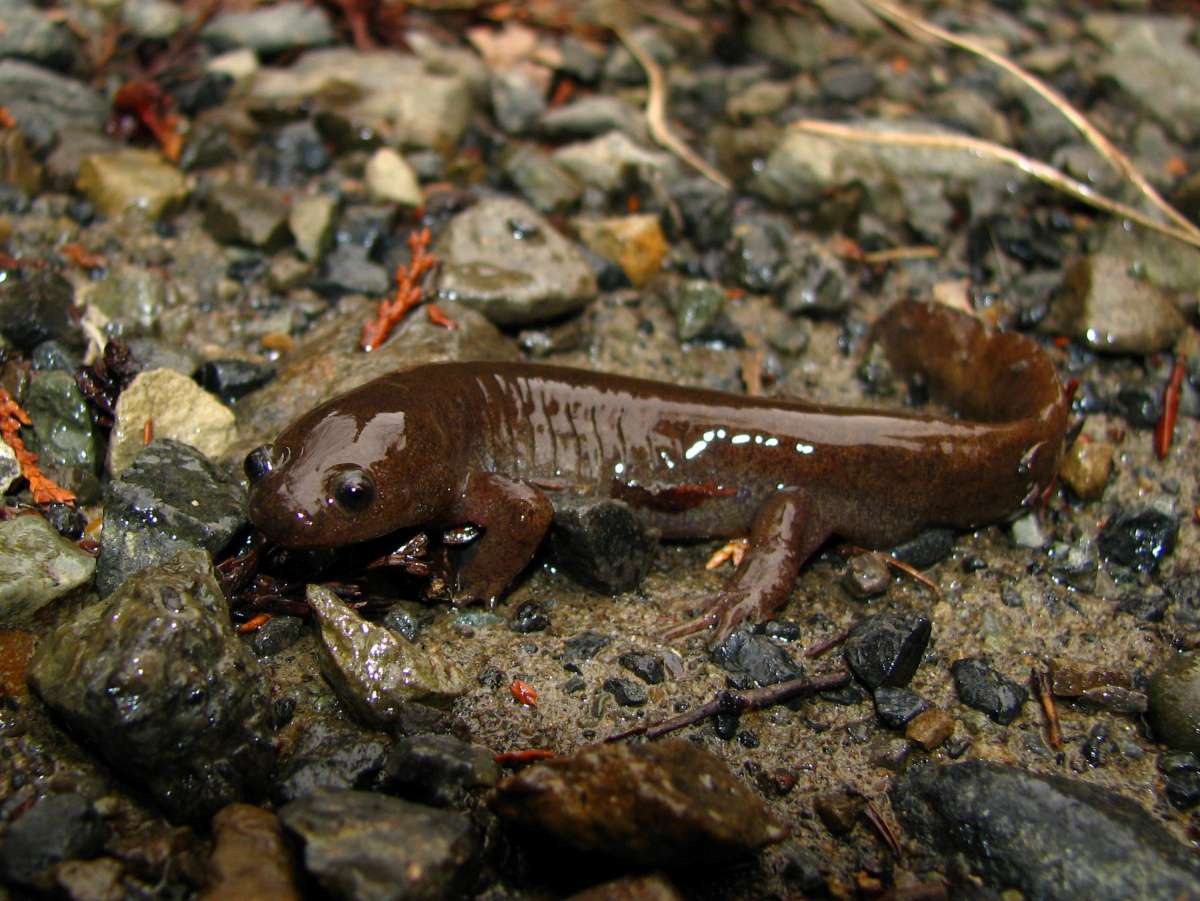 The Tokyo salamander, with its black protruding eyeballs, is a small salamander endemic to Japan. It was discovered about 90 years ago in Akiruno City (formerly Tasai Village) of Tokyo, and named the 'Tokyo salamander' in honor of the area where it was found.

Over the past 40 years, its population has declined dramatically, and it is now an endangered species. The city of Akiruno, where the salamander originally discovered, is making a concerted effort to conserve the species.

A New Species Named for Tokyo

Akiruno is located just under 50 km from central Tokyo, about an hour's train ride away. Surrounded by mountains and hills on all sides, the city retains a satoyama landscape with farms spreading across its flatlands.

The Tokyo salamander lives in obscurity in this rich natural environment. Ranging about 8 to 13 cm in length, the salamander's body color varies from yellowish light brown to dark brown, or black with shiny bluish-purple shades, depending on the individual.

They are found in hilly areas up to 300 meters above sea level in five prefectures of the Kanto region, and particularly in the Nishitama area and the Miura Peninsula in Kanagawa Prefecture.

The salamanders spend most of the year in the moist ground under dead leaves and fallen trees. During their roughly two-month breeding season from March to April, they appear in spring-fed ponds and rice paddies near human settlements and lay croissant-shaped egg sacs small enough to fit in the palm of one's hand.

In 1931, a zoologist closely examined some specimens caught in Akiruno and discovered slight differences in tooth shape and tail shape. The newly discovered salamander species was then recognized.

Previously, it had been classified as a subspecies of the Kasumi salamander, found mainly in western Japan. Locally it was known as 'yamakaji' (literally 'sculpin of the mountains') because of its similarity in appearance to the fish.

Read the rest of this article here for a discussion of Akiruno City's efforts to conserve the salamander species. And find more great articles on the environment and the challenges of achieving the SDGs, on our new website Japan 2 Earth, sparking a transition to the future.