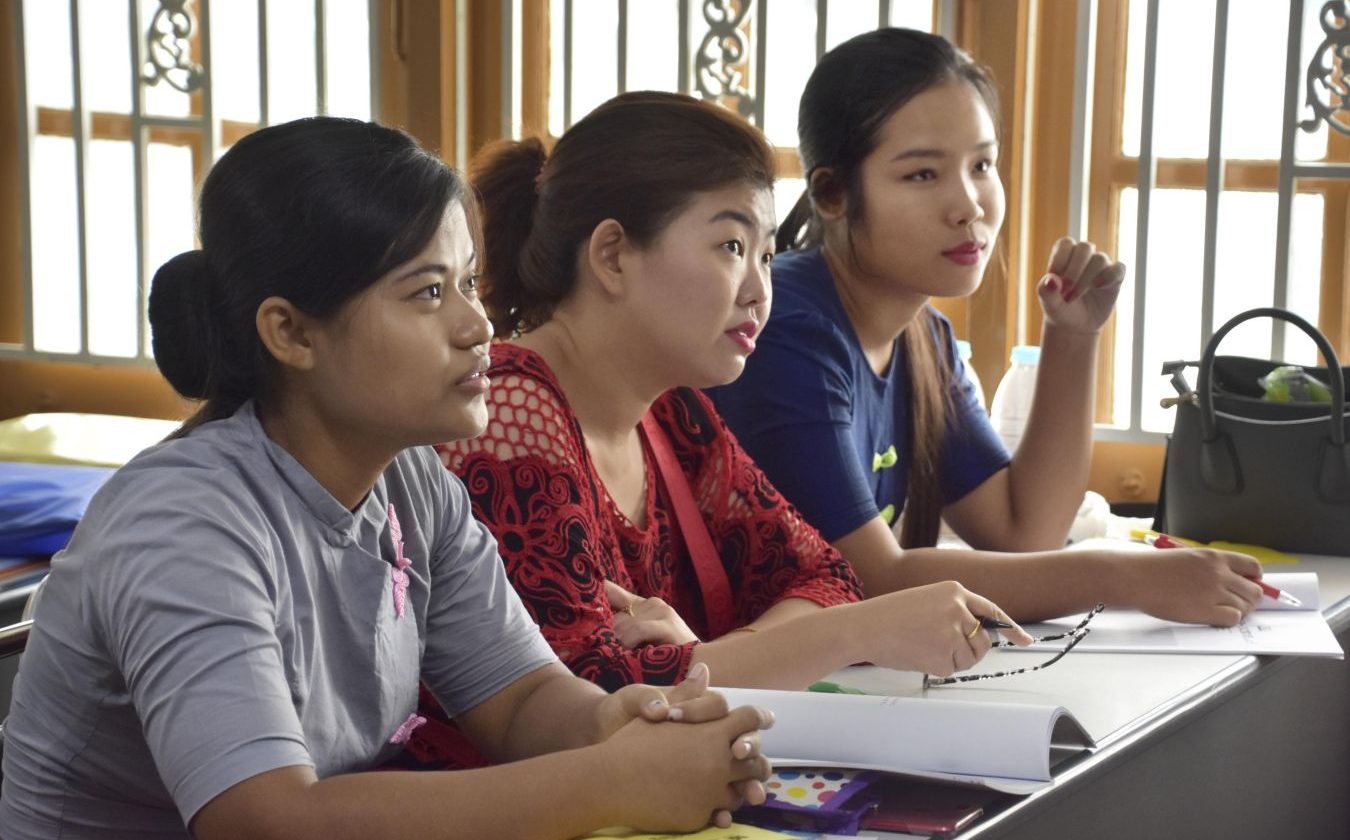 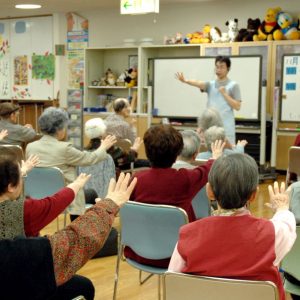 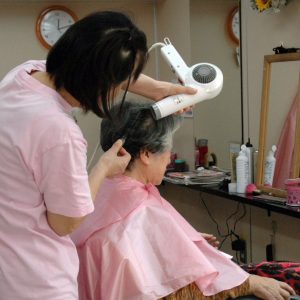 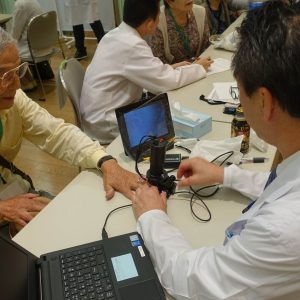 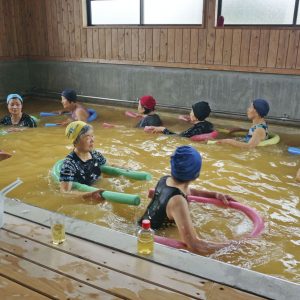 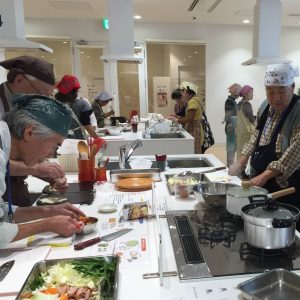 Perspective from an expert on international old age policy

The Nuffield Foundation presented a limited but helpful view on the Japanese geriatric care system to the English public and Parliament.

For a deeper understanding of both the British report and the Japanese system, I turned to John Campbell, professor emeritus of political science at the University of Michigan. He has been doing research on old-age and health policy for 40 years, and his many publications have been frequently cited.

In addition, his wife Ruth Campbell is a retired geriatric social worker who was employed at the University of Michigan Hospital. Together they have also studied geriatric care in Japan.

‘From Hospitals to Home Care’

One allegedly looming issue in Japanese eldercare is what is called the “2025 problem,” referring to the year when the bulk of the baby boom generation — called dankai sedai in Japanese — hits 75. This is the age at which the medical needs of the elderly accelerate.

The Abe government has emphasized the policy, “from hospitals to home care.” The Nuffield Foundation report also repeatedly stressed Japan’s preventive care, including day service that gives seniors care and companionship during the day while allowing them to live at home.

He added, “The outstanding [Japanese] program is adult day care, where Japan has over six million users, far higher than any other country and a very fine service.”

He explained that in most countries, including Japan, the biggest component is home helpers. Often assistance devices and home renovations are required to increase accessibility, though, and in this respect Japan is probably somewhat better than most other places.

On the other hand, Professor Campbell thought the Nuffield Report overplayed Japan’s preventive care. He said the government lists lots of preventive activities but not all are done as well or accomplish as much as they should in the field. He added his own voice of skepticism, saying, “Actually, in both regular medical care and in dealing with frailty, the question of whether prevention works very well is controversial among specialists.”

Ruth Campbell said she believes that, rather than prevention, the Japanese system is strong on “awareness.” The materials explaining long term care insurance, for example, are “excellent and very clear.” Information is easily available to users and families, and the awareness of LTCI is widespread.

On a similar note, she pointed out that Japan’s dementia awareness campaign has been successful in recruiting dementia supporters, increasing awareness, and enhancing acceptance of it.

The Nuffield Trust report revealed that the Japanese elder care system has a built-in provision of review every three years.

“Offhand, I don’t know of any other country that does that,” said Campbell. “The idea was adopted from medical care, and in my opinion, it is a good way to monitor a big public program both for controlling costs and for responding to environmental and technological change.”

He noted that both social care and the NHS in the UK seem to lurch from crisis to crisis, which might be improved by adding a review system such as Japan’s.

In Professor Campbell’s observation, caregiving work in Japan is more respected than in most countries. This may be largely due to Japan’s licensing and training requirements. It is a field that has not been stigmatized as work fit only for foreigners and minority groups, as in many other countries.

He commented: “At the margins, I think the number of foreign-born care workers has been rising steadily behind the scenes [in Japan] and that will continue along with some policy changes. Trainees are part of it. I’m hopeful the government has come to see the need for stronger safeguards against exploitation, and in any case, I’d bet the level of information about working conditions in Japan is pretty high among the foreign caregivers who want to come.”

He added that in all rich countries, the future shortages of care workers is seen as a crisis.

Petty Crime Among the Elderly

The Nuffield Trust report does not cover the issue of petty crime among the elderly. However, small crimes, such as shoplifting with the hope that they will be imprisoned, have been treated in the English language press as a failing of the Japanese geriatric care and welfare systems.

Professor Campbell rebutted that this is not unique to Japan, and moreover the data makes it difficult to say whether there is really a pattern of crime among the elderly.

While it might touch the popular imagination, in fact it is very difficult to compare arrest rates or prison populations by age across countries. In Japan, he suggests, “the extent of old age poverty is a factor — a problem of income, not the care system. And it gets written about so much people probably think it (shoplifting) might be fun.”

The Nuffield Report repeatedly mentions care managers as one of the strengths of the Japanese system, notwithstanding that they are frequently criticized in Japan for serving the agencies’ interests rather than the clients. According to Professor Campbell, though, in practice they are often highly-valued by care recipients:

In my survey of Japanese caregivers and care receivers several years ago, care managers received high marks in helping on a daily basis with crises, and transition from hospital to home, getting into day care etc.

There is always some mention of “lazy” care managers, but overall I think it is a very good system that keeps people from falling in the cracks.

Foreign press coverage of demographic change in Japan — such as low fertility, shrinking workforce, and the increasing proportion of elderly — has been almost uniformly negative. The absence of writing about the merits of Japan’s long-term care system in English journalistic venues is regrettable.

However, the Nuffield Trust report stands in stark contrast to such foreign journalism. Understandably, there are also a number of foreign governments and international experts who have recognized the merits of the Japanese LTC system and adapted aspects of it to their own use.

The Nuffield Trust report, written by experts in the subject area, shows Japan developing an effective long-term care system — not just in reaction to change, but in anticipation of it.

Japan’s LTCI went into effect nearly two decades ago, and from its inception it had a number of socially progressive goals. These included reducing the burden of caregiving on females, especially family members, and thus facilitating their workforce participation.

The Japanese system is said to have heavily influenced policy in Korea and Taiwan. Both countries are facing demographic change similar to that of Japan in terms of aging, and an even more acute problem in terms of low fertility and workforce shrinkage.

The Japanese LTCI system and the features noted by the Nuffield Report have also been praised in Canadian specialist publications.

Recently, Japanese daycare model has been introduced in Thailand.

That there is high-profile recognition of the Japanese model coming from England in 2018 carries added significance because this year is the 150th anniversary of the Meiji Restoration. We are reminded of the Meiji government’s concerted effort to introduce and adapt the best European models to facilitate the modernizing of Japan. British advisers and British technology loomed large in that effort.

That Japan can now be seen as a source for reform in England and other countries can be taken as further evidence that Japan learned and improved on foreign models and went on to become an innovator rather than just an adept follower.