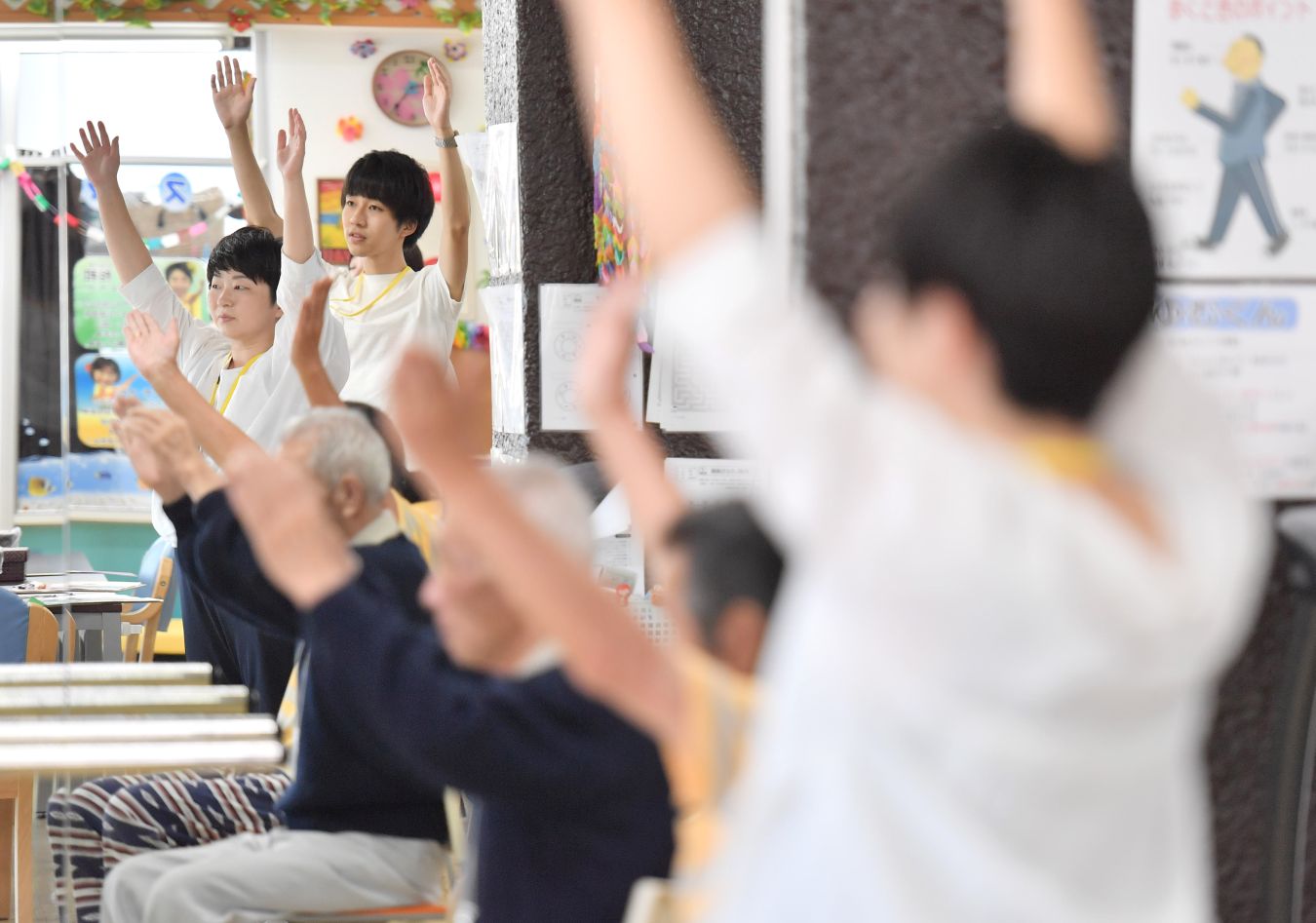 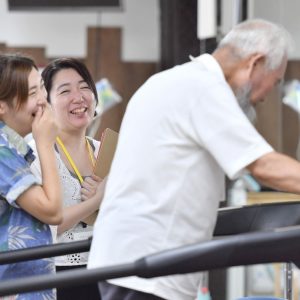 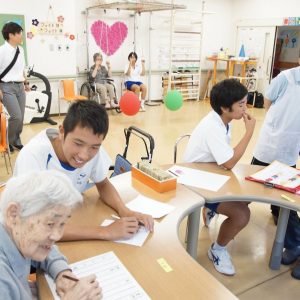 Early in May, several major British newspapers carried articles summed up by the headline in The Telegraph: Britain “should learn from Japan” when it comes to care of the elderly.

Similar articles appeared in The Guardian, The Independent, and The Express, and articles with the same message also appeared in specialized publications.

All of the articles were in turn derived from a report by the Nuffield Foundation, a highly-respected health care think tank founded in 1939 that played a major role in giving Britain its well-regarded National Health Service (NHS).

Britain, like Japan, is seeing demographic change resulting in an increasing proportion of elderly in the population. Since Japan is further along in this shift and has a relatively successful system of geriatric care insurance in place, the Nuffield Foundation has been studying the Japanese experience for some years.

In 2013 it issued the report “Caring for an aging population: points to consider from reform in Japan.” In May 2018 it issued another report on the subject, “What can England learn from the long-term care system in Japan?”

It is the 2018 report that generated significant media interest and resulted in a presentation to Britain’s Parliament.

The Japanese long-term care system is transparent in operation. Who gets benefits and what level of benefits is determined by a 74-point questionnaire that is scored by computer, supplemented by a medical evaluation.

Evaluation and benefits are uniform throughout Japan, whereas in Britain there is substantial variation — not just among the four countries and regions that make up the United Kingdom (England, Scotland, Wales, and Northern Ireland) but within England itself, the target of the Nuffield Foundation report.

Because the Japanese system is an insurance scheme — even though half the required funding in fact comes from taxes — those who pay into the system see it as giving tangible value for money.   Health and geriatric care policy in England is marked by highly ideological political confrontation. On the other hand, policy formation in Japan has been cross-party and more consensual.

In Japan, there is also a built-in provision for reviewing the scheme every three years to adjust it as problems and unanticipated issues appear.

In terms of care provision, the Nuffield Foundation researchers were particularly taken by the emphasis on preventive care in the Japanese system. Efforts to prevent elderly people from falling into loneliness and isolation and to encourage activities that reduce the number of elderly who become frail or bedridden were especially noted.

Foreign journalists like to present Japan as a society with so many isolated individuals that what have been styled “rent-a-friend” agencies are a growth sector. Their articles portray a society where many elderly die alone and remain undiscovered for days, weeks, or even months.

In point of fact, both issues are of serious concern in Britain, as are other concerns that are often portrayed as peculiarly Japanese. Although not explicitly covered in the Nuffield Foundation report, loneliness in general and among the elderly in particular, is so much a problem in Britain that Prime Minister Theresa May created a Cabinet-level post in January of this year and appointed what the press called a “Minister of Loneliness.”

Overall, more people live alone in the United States and the United Kingdom, and the probability of dying alone there is higher. While companies that clean up after people who die alone and the body decomposes have been presented as a phenomenon peculiar to Japan, similar companies in fact exist in the U.S. and the U.K., but under the name forensic cleaning.

The Nuffield Foundation was also impressed with Japan’s mix of public, private for-profit, and private non-profit health care providers, all of whom receive the same fees for the same services. The report determined that the mix gives the Japanese system an advantage over monolithic public systems as it explained:

[Japan’s] national government can analyze system performance and local governments oversee provision of services rather easily. Unlike simply subsidizing or encouraging private services, the Japanese government can guide the program in the interests of national coverage, equity and fairness, high quality and — particularly — efficiency. And, as has long been evident in Japan’s health care field, a strong public role is crucial for holding down expenditures.

Given its concern with finding a model for improving the English system, the Nuffield Foundation did not stress problems within the Japanese scheme. The problems it did take up were not-Japan specific, including cost control and the supply of geriatric care workers.

The foundation clearly sees the Japanese system as being well-structured to deal with cost issues. The full report provides details of how the Japanese system has been adjusted to control costs and to discourage unnecessary use of facilities, a major problem when the system was first introduced.

Staffing geriatric care facilities is a general problem, but it is not limited to Japan and Britain. There is also a shortage of home helpers. For both, the pay is low and the work is arduous, especially in cases where the patients are suffering from dementia.

The opening of new facilities in Japan has been limited by government requirements that caregivers be licensed and facilities meet standards for the ratio of those receiving care to those providing care. There are always financial constraints and there may also be some de facto rationing in operations.

The report did not address the use of foreign labor in Japan. In keeping with the professionalism of its authors (and in contrast to less knowledgeable foreign pundits) it also refrained from offering Japan unsolicited advice regarding the use of foreigners in the health care industry.

Instead, as might be expected from a document intended to promote reform in England, the report focused on Britain itself. Concern was expressed about the heavy reliance on unskilled foreign labor — including foreign caregivers willing to work for low wages under poor conditions. It cautioned that this labor source might be threatened by Brexit because nationals from low-income European Union countries would no longer be able to work in Britain without work permits.

Also conspicuous in the context of labor issues is the report’s omission of anything about robotics as a means to reduce the need for caregivers or to make their work easier. This is an area where Japan has been much written about to be on the cutting edge of robotics use.

However, in the case of the Nuffield Report, it is not clear whether the failure to mention robotics was an oversight or not. On the one hand, the reality in Japan is that robots in general and anthropomorphic or humanoid robots in particular, despite the media attention they receive, have no real role in Japanese geriatric care and are unlikely to have any real role in the foreseeable future.

On the other hand, as pointed out by the University of Michigan’s professor emeritus John Campbell, an expert in the field of old age and health policy, examination of the use information technology, or IT, as in monitoring patients and as a mechanism for avoiding social isolation, would have been helpful.