Almost All Japanese Look Favorably at the JSDF, So Why Do We Keep the Forces in Limbo?

Joint training of Japan’s GSDF and US Marine Corps 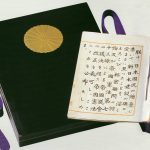 The debate over constitutional revision within the Japanese government and the Liberal Democratic Party looks to begin in earnest. On March 7, the LDP Headquarters for the Promotion of Revision of the Constitution, chaired by veteran lawmaker Hiroyuki Hosoda, began preparations for the party’s draft proposal on the amendment of Article 9.

The amendment being prepared seeks to retain the clause in Section 2 of Article 9 about the the non-maintenance of war potential. As reported by the Sankei Shimbun on March 8, the party is considering whether to include a clause recognizing “non-interference regarding the retention of the Japan Self-Defense Forces (JSDF) as an organization of minimal practical necessity.”

From April to May of 2011, in the aftermath of the Great East Japan Earthquake, I rented a vehicle and toured the disaster-stricken region of Fukushima. The scars of the tsunami were still fresh on the Iwaki city coastline. Looking over housing areas that turned into rubble, and the harbor of sunken ships, there was nothing I could do but be flabbergasted at the gap between the scene before me and the one I remembered from previous visits.

However, amid all this, a smidgen of comfort was found in the words written here and there on shop doors and road signs: “Thank you, JSDF!”

The dedication of JSDF personnel, who toiled without sleep or rest to save disaster victims, had sincerely touched the hearts of the local population. The people of the nation are grateful to the JSDF personnel who fulfilled their pledge “to carry out duties without shirking from danger, to apply oneself wholly to their completion, and meet the expectations of the people.”

In these messages I felt as though I had witnessed things as they should be.

Yet, why does it seem difficult to achieve what Prime Minister Shinzo Abe is proposing—to explicitly mention the JSDF in Article 9 of the Constitution? This is despite the March 2018 opinion poll results announced by the Cabinet Office indicating that 92.2% of respondents hold a favorable opinion of the JSDF. That was the highest result since the opinion polls started in 1969.

“If the [JSDF] were constitutional from the beginning, then there is no need to clearly mention them in a constitutional revision,” Party of Hope leader Yuichiro Tamaki had said, criticizing Abe’s proposal.

However, the idea that there is no need to clearly outline the nature of the JDSF is untenable. Tamaki’s words are clearly meaningless.

Moreover, despite the government having always interpreted the JSDF as constitutional, it would politically be irresponsible not to try to counter the view of more than 60% of constitutional scholars that the JSDF is unconstitutional.

The Communist, Party, too, according to chairman Kazuo Shii, is of the view that, “the JSDF is incompatible with the Article 9 of the Constitution.”

A former JSDF general had said, “It drives a stake through my heart every time someone says that the JSDF is unconstitutional.” It is unreasonable to leave the JSDF to exist in this position of limbo.

One wonders why there is fear or hesitation from these quarters regarding formalizing the legitimacy of the JSDF in the Constitution. Clearly, there is no sense in continuing to confine the JSDF to its current ambiguous position.

Even within the LDP, consensus is proving difficult to achieve. There are a variety of opinions on whether to delete the non-maintenance of war potential clause prescribed in Article 9, Section 2, and regarding clear recognition of the JSDF. However, surely the priority should be on recognizing the JSDF.

Ryotaro Shiba’s famous work, Ryoma Goes His Way, contains the following scene: despite understanding that the Satsuma and Choshu domains can topple the Tokugawa Shogunate if they are to join together, Ryoma Sakamoto has to implore Takamori Saigo, who is hesitant to move forward establishing an alliance, by pleading, “Don’t you feel sorry for the poor Choshu domain?” In the story, these words finally motivate Takamori Saigo to make the decision to offer an alliance.

As a staunch, dyed-in-the-wool conservative, when I see the parliamentarians quibbling about what to do despite being presented with the perfect opportunity, I want to say, “Don’t you feel sorry for the poor JSDF?”

Rui Abiru is an editorial writer of the Sankei Shimbun political department.