Part 2: Comfort Women Issue: Why Do the Japanese Keep Apologizing?

I have discussed the what and the how of the comfort women system, but what about the why? Why do military forces prefer to have designated brothel areas specifically for troops? There are practical reasons why armies keep prostitutes in tow: 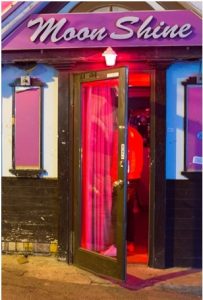 Prostitutes and war are virtually inseparable. Those who have seen war will know that it is not necessary to kidnap prostitutes—the women flock to the sex-starved young men, who are more than willing to pay for the company of women. Military people, science types, and businesspeople often see straight through the scam of any idea that 200,000 women were kidnapped. Just one minute with a serious military person is normally enough, especially if they are veterans of much combat.

I can show a serious military leader in one minute that something is off about the “comfort women” abduction claims. It goes like this: “You did three years in combat. Did you ever have enough resources to secretly kidnap, transport, guard, and feed 200,000 women without starting another war? And what would you do with them when the fighting was over?”

Instantly the light goes on, and they know something is wrong. It only takes one minute.

The most easily fooled seem to be those in feminist organizations who want the lie to be true, and who accept hearsay and screams them out as fact.

Kidnapping 200,000 would not leave just 200,000 witnesses. Each human being is part of a wide network of family and acquaintances and even bystanders. Kidnapping hundreds of thousands of people would leave millions of witnesses from many countries and cultures. What did the kidnappers do with the women they supposedly kidnapped? The accusers claim mass murder. Where are the bodies?

There’s no evidence. And why did nobody complain about this for several generations? The still-living comfort women are paraded around like superstars and show animals. I witnessed this in Korea by the main statue near the Japanese embassy. These women have changed their stories repeatedly and been caught in lies. Discredited witnesses and no evidence: it doesn’t look good for the prosecution. 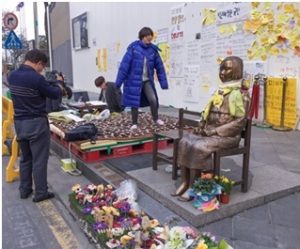 Students perpetually camp by the statue in Seoul, saying they are guarding it against removal. (Cr. Michael Yon)

The accusers are cultish in their belief—I have interviewed many. They seem to truly believe what they are saying despite having almost nothing to substantiate their claims. I asked the accusers how this was all kept secret from the 1930s to the 1980s. They answer, “The Asian culture of shame.” Again, utter nonsense. There are rape claims daily in newspapers around Asia and prostitutes ply the streets in every Asian country that I have seen—including Islamic countries, where they are more subdued but still obvious.

“Asian shame culture” did not prevent prostitution 70 years ago, and does not prevent it today. Also, “Asian shame culture,” even if it explains the silence of the comfort women themselves, does nothing to account for the lack of witnesses or documentary evidence. Historical documents cannot be shamed into silence. One of the most highly-organized fighting forces in world history kidnapped hundreds of thousands of women, and there isn’t a scrap of paper remaining from what would have been a massive transnational abduction operation?

The accusers claim these kidnappings happened all over Asia, from many countries and cultures. The placard by the Brookhaven statue mentions thirteen countries from which comfort women were allegedly taken. 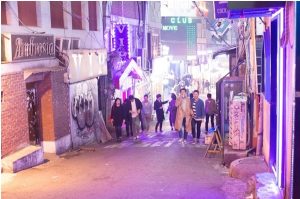 I have lived and travelled around Asia for years and in many countries. Word gets around here—if a coconut falls off a tree, the whole island knows. Previous generations of military people call this the bamboo telegraph. If Japanese kidnapped even a single woman on Jeju island, the entire island would have known. Both Korean and Japanese researchers found no evidence. Neither did I.

The myth-builders count on the cultural inexperience of Americans to play up the “Asian culture” charade. There is no Asian culture. There are thousands of languages and dialects over here, and even more cultures. A Korean is no more expert on Asian culture than is an American who has never left California. Think about it—from Argentina to Belize, Panama to British Columbia, Miami to Manhattan, and Tierra del Fuego to Nome: including all the Native American languages and practices and customs, all the influence of immigrants from around the globe—is there a “culture of the Americas”? 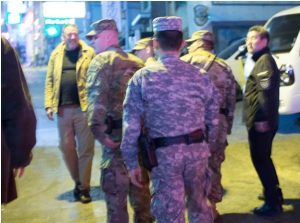 A Korean might be expert on Korean culture, but what does she know of Thai, Burmese, Filipino, and at least a hundred more cultures whose women would have been affected by the abductions? Even so, a Korean will rattle off her expertise about “Asian culture,” expecting Americans to be naïve enough to believe that having dark skin makes her an anthropologist. I have seen them do this with their speeches in front of these statues.

They say this was kept secret for generations due to shame. This would be like hiding Stone Mountain due to indigestion. Makes no sense. Sorry, but that dog don’t hunt.

Cult of the Comfort Women Statue

The accusers worship the statues as if the idols are child goddesses. It is a sight to behold. It’s something one might expect from National Geographic with natives dancing around a fire. I watched the “comfort woman” statue in Seoul for three weeks. Not 24/7, but coming daily and often at night to watch the craziness. 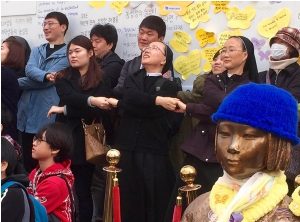 Worshippers have been camping by the idol since December 2015. At day, or late at night, I would see nuns sitting on a mattress with students beside their idol. Sometimes nuns were the principle guards. The Catholic Church in Korea worships the idol. 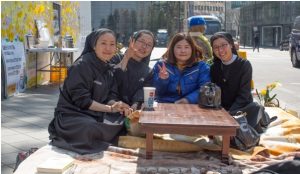 When it rains, or is sunny, worshippers hold or prop an umbrella for their idol. When cold, students dress it up. Hold its hand. Brush its “hair.” Sing to the idol, dance for it. Bring it food and drink.

Pope Francis embraced the idolaters from his Church. On his first trip to Asia, South Korea was first stop, where he wasted no time embracing the idolaters within his Church. After all, Korea is fertile ground for Catholicism. The Pope seeks more purchase in China, while Japan is frozen ground for planting crosses, and the USA does not realize it is the target of all of this.

The beloved idol of the comfort women cultists is their living goddess, far beyond what we would call a “memorial.” The cultists believe “she” has a living spirit. Worshippers are willing to, and do, commit violence for their idol, and yet Bergoglio, who pleads for peace in the world, encourages them. 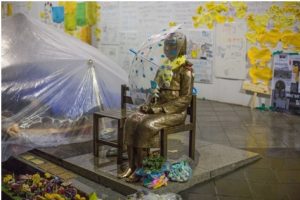 One must see to believe. Maybe this will happen around Brookhaven from time to time, though the dancing and craziness happens every Wednesday in Seoul. If it happens at Brookhaven, bring your camera and they will dance and cry and scream even louder. National Geographic could have a field day making a movie of this spectacle—being careful not to spark hwa-byung.

There are many true believers who are easily manipulated, and they are dangerously emotional.