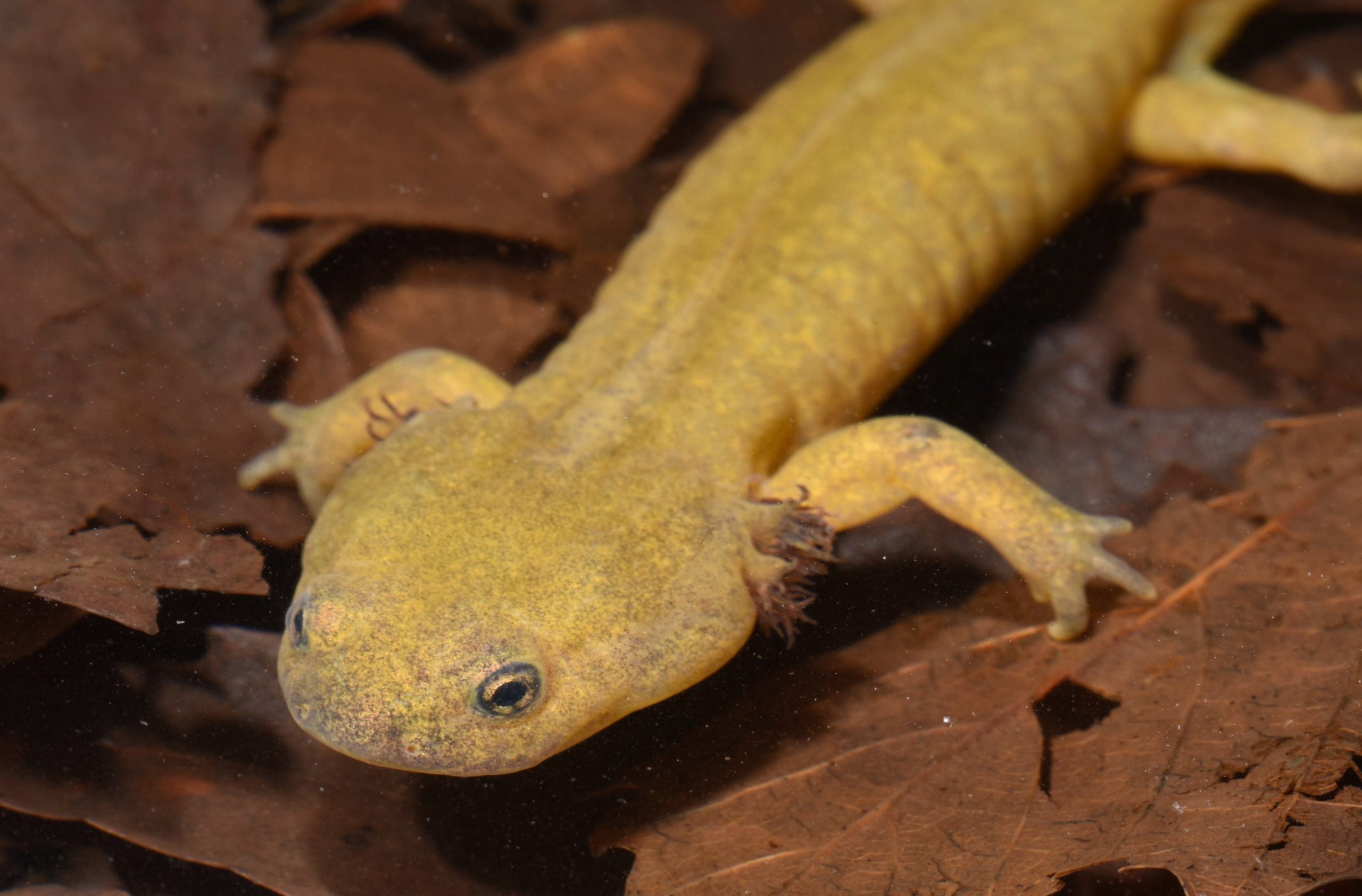 A Japanese version of the axolotl – an amusing amphibian with a round head and small eyes native to Mexico – has been discovered in Japan for the first time in 89 years.

The discovery was made after painstaking research by Hokkaido University. The little critters went on public display on December 14, 2021.

The amphibian has gills that resemble a mane, enabling it to breathe underwater. Yet, it is unable to live on land in its neotenic state. It is thought that a similar animal existed in Japan until the early Showa era, but then went off the radar due to environmental changes, taking on a phantom-like existence.

The type of axolotl that many people are familiar with is the neotenic Mexican salamander.

In the same way that tadpoles develop into frogs, axolotls lose their gills and become slimmer if they grow normally, and they are ultimately able to live on land.

However, the axolotl that inhabits certain lakes in Mexico is neotenic, meaning it has evolved in a way that the characteristics of the juvenile are retained in the mature adults. About 100 years ago, they were used in medical research, which is believed to have affected their evolution, and ultimately led to the situation there today.

In Japan, the axolotl is referred to as a “wooper looper,” but this is not its official species name.

Yet, as soon as the term “wooper looper” appeared in a 1985 TV commercial for Nissin’s UFO yakisoba, it immediately became popular in Japan. Songs and merchandise in the Showa era (1926-1989) based on the character started to emerge, and the term fully entered the nation’s consciousness.

The axolotl native to Mexico is currently facing extinction due to deteriorating  habitat. As a result, international transactions involving the Mexican axolotl have been restricted under the Convention on International Trade in Endangered Species (CITES), also known as the Washington Convention.

Nevertheless, axolotls that have been bred in Japan do not fall under these restrictions – meaning they are commonly found across the country and remain popular as pets.

Japanese Version Disappeared During the War

The Japanese version of the wooper looper is the neotenic Ezo salamander. It is endemic to Hokkaido, and typically switches to land upon reaching adulthood after growing up underwater.

The collected salamanders were confirmed as being adults. They became crucial research samples in trying to assess why neoteny occurs.

However, expanded fish cultivation of Kokanee salmon in Lake Kuttara led to deterioration of the environment for the salamanders. They began to fade away as they were eaten by the fish, and the two salamanders collected in 1932 were the final ones.

Subsequent research was affected by World War II, and specimens went missing. Few illustrations and photos remained to confirm the appearance of the Ezo salamander, and some people even doubted that this neotenic phenomenon existed in the first place.

Nevertheless, there is one researcher in Japan whose determination to find the Ezo salamander persisted. Hisanori Okamiya of Hokkaido University, is a specialist of many years in amphibian-related research.

He is also known for discovering the link between global warming and huge growth in the endangered Tokyo salamander.

“I thought they must be out there somewhere,” reveals Okamiya, who has been interested in neotenic salamanders in Lake Kuttara for some time. The researcher worked at Tokyo Metropolitan University, before embarking on research at Hokkaido University several years ago. He has continued to search for neotenic specimens whenever he is out in the prefecture conducting field surveys.

And then, a breakthrough. In December 2020, Okamiya discovered a bizarre-looking male Ezo salamander when he and some students were exploring the area around a small pond nestled in the snowy mountains of Hokkaido.

The salamander had gills, a head, teeth, legs, and a tailfin – suggesting it was still young and living underwater. However, the amphibian’s organs, such as those relating to excretion, resembled those of an adult male.

“I was really happy when I realized I’d probably found the Ezo salamander,” Okamiya reflects. However, he only found one – and the mere fact its excretory system resembled that of an adult male was not sufficient confirmation.

Therefore, Okamiya decided to keep investigating the same pond. In April 2021, he found two additional males with the same features. After breeding them in the laboratory, the researcher was able to confirm the sperm release because it was breeding season.

Upon adding the sperm to a female egg, a baby amphibian eventually emerged from the hatched egg. This process confirmed that the salamander in question was an adult because it had the ability to reproduce. It was the moment of discovery of the neotenic Ezo salamander for the first time in 89 years.

“We were able to confirm the presence of the neotenic Ezo salamander. I’m so glad we didn’t give up as we wandered from pond to pond on a daily basis,” says Okamiya.

“I learned once again that pure curiosity and careful observation form the foundation for clarifying the natural history of wildlife,” reveals Associate Professor Osamu Kishida of Hokkaido University, who was also involved in the research.

Looking ahead, the team will continue research into the reasons behind neoteny, and deepen their understanding of the diversity and evolution of the salamander.

The three amphibians in question are currently at the World Freshwater Aquarium Aquatotto Gifu in Kakamigahara City, Gifu Prefecture, and went on public display on December 14, 2021. The exhibition has been designed in a viewer-friendly way that is easy to understand.