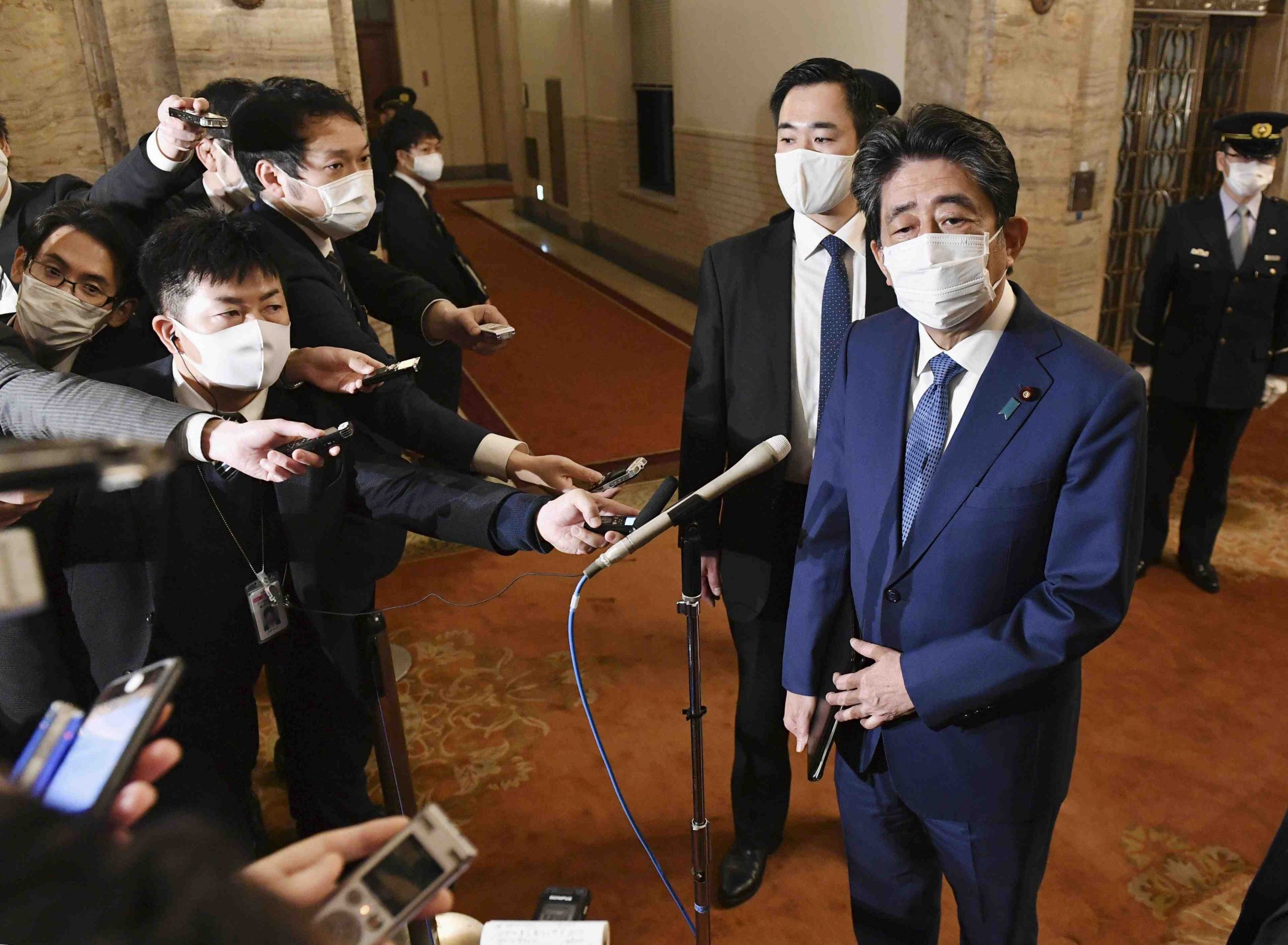 The usually anti-Abe daily runs 6 articles on the same issue in one day, insinuating his guilt in headlines that facts cannot support.

I didn’t want to write about the Asahi Shimbun in my final column of 2020, but the Asahi’s morning edition on December 23 was so ridiculously “Asahi-esque” that I will mention them.

The Asahi’s excessive reaction – which would normally be seen after a natural catastrophe – related to ex-Prime Minister Shinzo Abe’s voluntary submission to questioning by the Tokyo District Public Prosecutor’s Office’s special investigation squad over a support group’s non-listing of transactions in political fund reports.

The Asahi seems to adopt this exaggerated approach whenever they want readers to think that something is a major issue.

However, upon reading the content, the Asahi concluded that the prosecutors “are not set on indicting Abe because he was not specifically involved.” Furthermore, the newspaper mentioned the following prosecution-related comments, writing: “One opinion is that ‘there is no reason to believe the prime minister would constantly interfere with an office’s expenses. The prosecutors were deeply mindful of the ‘stance of the Japanese people,’ (and this was a key factor behind them conducting questioning).“

The Asahi also wrote: “One senior official stated that ‘even if you think it’s unnecessary as a lawyer to question Abe, the Committee for the Inquest of Prosecution – which represents the people – would find this unacceptable, and the investigation might be considered insufficient.”

The whole matter is trivial. The Asahi itself exposed the actual state of affairs – that the prosecutors conducted unnecessary questioning out of fear of public opinion.

Does the Asahi take pride in shaping public opinion in this way, through its flood of articles along with similar media outlets?

In its editorial, the newspaper wrote that taking part in the questioning was a bad thing. However, this stance causes misunderstanding and bias. Trying to discredit a specific individual in this way can result in a desired criminal prosecution.

If Abe had not cooperated with the voluntary questioning, and dodged it, would the Asahi refer to this as a victory?

Meanwhile, at the same time, there was another story about Abe that did not feature anywhere in the Asahi. (The Sankei Shimbun covered the story, albeit in a modest fashion.)

The other story was that U.S. President Donald Trump awarded the prestigious Legion of Merit to Abe for “his leadership and vision for a free and open Indo-Pacific.” The award has never previously been given to a Japanese prime minister.

The award shows that the U.S. values the QUAD alliance consisting of Japan, the U.S., India, and Australia – which Abe called for in order to tackle the threat of China.

Japanese Ambassador to the U.S. Shinsuke Sugiyama received the medal on Abe’s behalf from U.S. National Security Adviser Robert O’Brien at the White House. O’Brien reportedly stated the following, according to a source.

He apparently stated that ex-Prime Minister Shinzo Abe proposed the idea of a free and open Indo-Pacific over 10 years ago – and that the idea has developed significantly. U.S. President Trump agreed on the concept, and India and Australia subsequently joined. O’Brien reportedly added that “Shinzo” started the whole thing, and that Shinzo’s leadership is excellent.

Furthermore, O’Brien asked Sugiyama to tell Abe to keep working on Japan-U.S. relations, as well as international relations, after his physical condition improves.

Sankei’s positivity contrasts with the Asahi Shimbun’s attempts to discredit Abe through its negative articles, which casts a dark shadow over people’s awareness of U.S.-Japan relations, and the way they look at politics.