As Sabre Kicks Off, Top Things to Look Out for at Paralympics’ Wheelchair Fencing 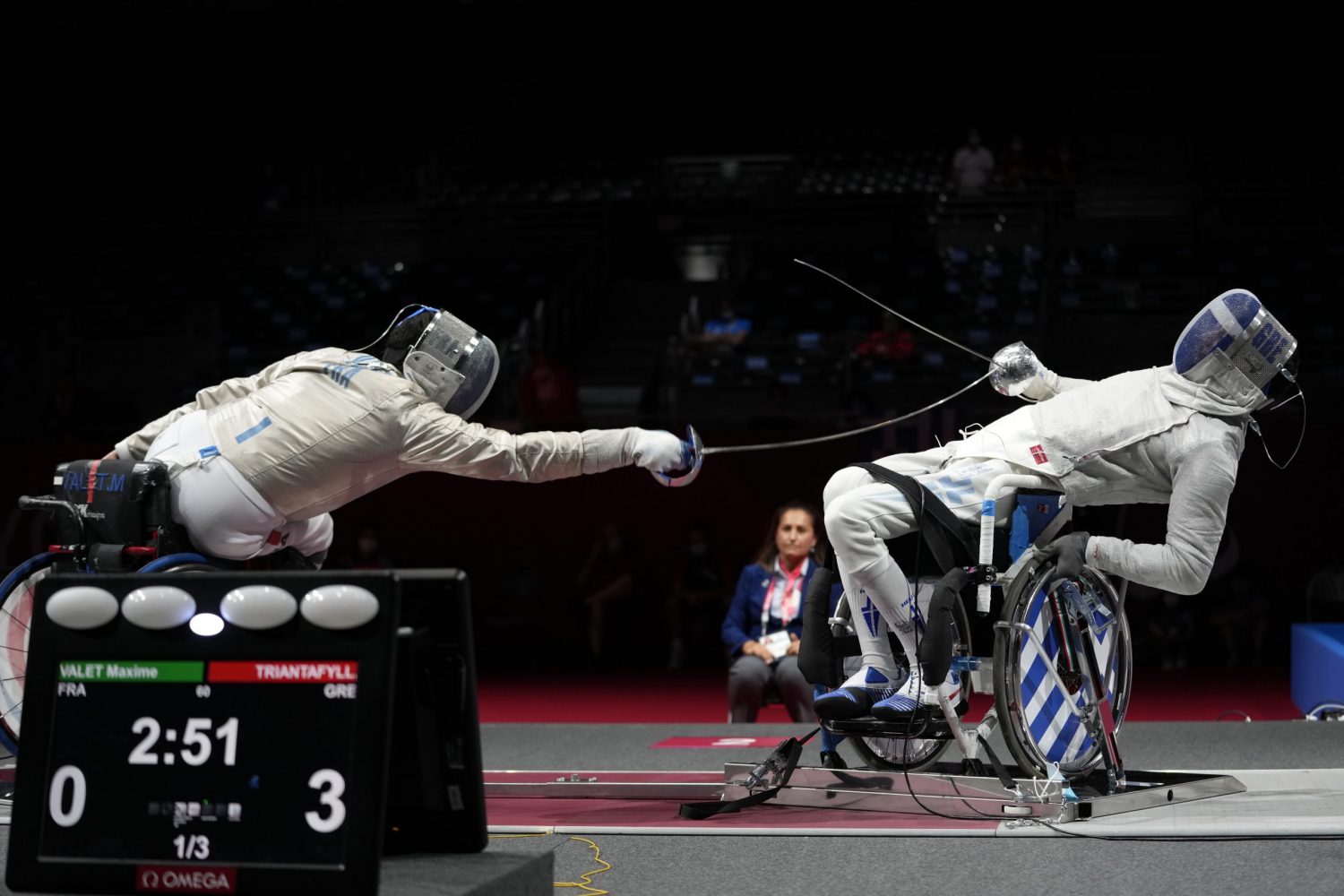 The Tokyo 2020 Paralympics are officially underway, and with it a full plethora of sports.

On August 25, one of the sports to kick off was wheelchair fencing.

We look at some of the highlights of the day in the sport, what to expect in the coming days, and some facts and curiosity about this sport in the Paralympics.

It was a start with plenty of excitement in the men’s and women’s sabre.

The favorite in the men’s A category, Ukraine’s Andrii Demchuk, was up to defend his gold medal title after becoming Paralympic champion in Rio de Janeiro in 2016. He, however, was kicked out by compatriot Artem Manko in the semifinal stage at Makuhari Messe in Chiba Prefecture.

Manko went on to the duel with China’s Hao Li, with the Chinese para athlete claiming the gold medal with a score of 15-12.

Debuting in the Tokyo 2020 Games was the women’s sabre competition (A and B categories, depending on the type of disability), bringing the total number of medal events in the sport up to 16.


Athletes to Look Out For Going Forward

One of the absolute veterans in the sport is Hong Kong’s Yu Chui Yee. At the Paralympics in Athens in 2004, she became the first athlete in the women’s category A to win four gold medals across individual and team foil and epee events.

The 37-year-old para athlete has in total claimed three gold and three silvers between Beijing in 2008 and Rio de Janeiro in 2016. The Hong Kong native started the sport at the age of 16, three years after a leg amputation due to bone cancer.

She allegedly started fencing after being prodded by a friend to join because there were “handsome guys” in the sport, she reminisced in a blog in 2013.

Hungary’s Zsuzsanna Krajnyak is in her fifth Paralympics, after first debuting at the Games in Sydney in 2000. In her over 20 years of para-athlete career, the 42-year-old has amassed four silver and six bronze medals, and will be aiming to finally clinch gold in Tokyo in the epee.

Italy’s Beatrice Vio ー or as she is known more often Bebe Vio ー will be aiming on the other hand to defend her title in the foil.

In Rio de Janeiro in 2016 she stunned the world by winning a gold medal in the individual B category at just 19 years old. The now 24-year-old with her infectious positive attitude and her strong social media presence has since become an icon in Italy and around the world.

Vio has won the last two World Championships in foil, and has a streak of winning titles in the World Cups and European Championships.

The para athlete has been an advocate for body positivity, appearing even on the cover of Italy’s Vanity Fair in July 2021, together with Italian Olympic swimming legend Federica Pellegrini. Vio had both her legs amputated from the knee and her arms from her forearms in 2008 at the age of 11 after contracting severe meningitis.

Vio was supposed to participate in the sabre category starting on August 25, but shared with her fans in a video uploaded on Twitter that due to a “variety of reasons” which she hopes to “share after the end of the competition,” she will only be focusing on foil.

The wheelchair fencing competitions will be taking place between August 25 and 29 at Makuhari Messe in Chiba. Make sure to follow the progress of the para athletes on the Paralympics page here.


Background to the Sport

Like any fencing competition, there are three categories in fencing: epee, foil and sabre, with each category differing slightly in its rules. The team competition is limited to epee and foil.

The setting has been adapted for para athletes. Fencing takes place on a piste about four meters long, with wheelchairs fixed into a frame fixed to the floor. The wheelchairs are placed at a 110-degree angle relative to the center line in the frames of the piste.

Fencers can move freely their upper body, with their lower body firmly secured. With no movement of the legs, and athletes always at closer quarters it’s an exciting sport which requires precision, tactics and resilience.

Athletes are divided into two categories ー A and B ー depending on their ability. A is the category where movement to the torso is not impaired, whereas B sees some impairment in the movement of the torso or arms.

A fun fact is that fencers cover the lower part of their body with a metal apron to make sure that off target hits don’t register as points.

Fencing as we know it started in the 19th century. Wheelchair fencing is said to have developed after the Second World War at Stoke Mandeville Hospital in England, the birthplace of the Paralympic Games.

The sport was pioneered by Sir Ludwig Guttmann to aid the recovery of spinal cord injury patients who found that moving in their wheelchair helped with confidence and increased core stability.

The sport was one of the eight para sports introduced in Rome in 1960, the first-ever Paralympic Games.