Meet the Kishida Cabinet: A Few Holdovers, More Women, and a Host of First-timers

A Big Tent Party: Where Do Candidates for Japan’s Next Prime Minister Stand on Issues? 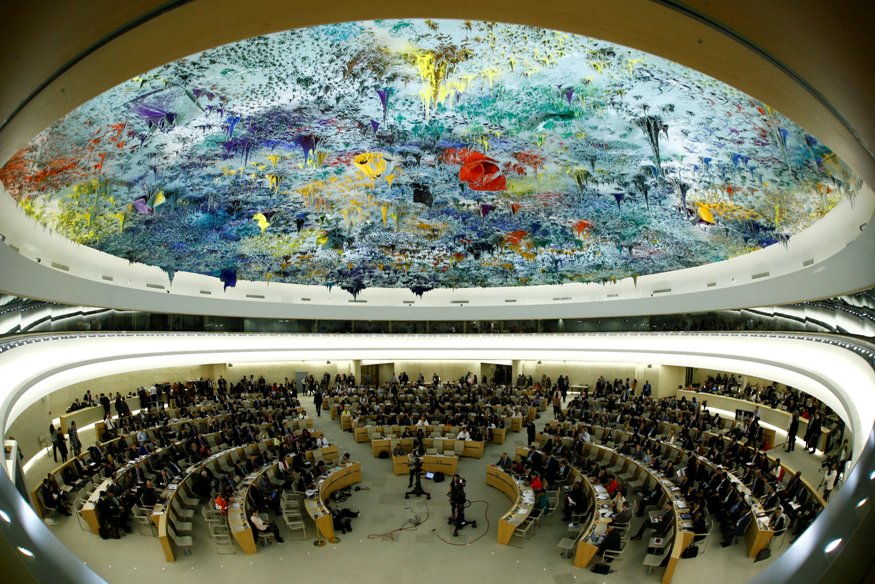 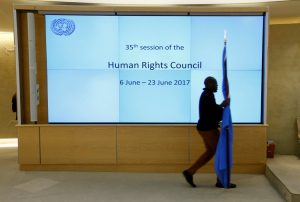 As reported in JAPAN Forward before, the Japanese government had rendered its protest against the “factual errors” that Kaye retained in his report even after the government provided him with information and correction.

What was more interesting in Kaye’s June 12 presentation was that he cited two more issues that were not covered by his research and not included in his report to the UNHRC: the issue of comfort women and the movement against the United States base in Okinawa.

In response to the presentation in Geneva, Japanese Ambassador Junichi Ihara said that “it is regrettable that some parts of the report are written without accurate understanding of the Government’s explanation and its positions.”

Responding to Kaye’s concern about supposed control over the media, the ambassador said: “There is no such fact that the Government officials have put pressure on journalists illegally and wrongfully. There were no cases in which the operation suspension order was applied by the Broadcast Act.”

Ihara stressed that “the Constitution of Japan fully guarantees freedom of expression and the right to know.”

Regarding history textbooks, Kaye claimed that the government intervenes in the authorization of textbooks that references the issue of comfort women problem.

Ihara objected that “textbook authorization is based on the results of professional and academic research and deliberation. The authorization mechanism does not allow any intervention by the Government.”

Ihara responded that “freedom of expression, including through protest activities, is guaranteed to the maximum extent in Japan. Unnecessary and disproportionate restrictions are not imposed. The law enforcement agencies perform their duty in accordance with relevant laws and regulations.”

Before he presented his report to the Human Rights Council on June 12th, Kaye added extra statements not found in his prepared remarks. Perhaps this was a point he wanted to stress most of all: “I am especially concerned by the direct and indirect pressure that officials can exert over the media, the limited space available for debating some historical issues, and increased restrictions on information access, based on national security grounds.”

In the short space of his remarks, Kaye did not miss the opportunity to mention the comfort women issue and the anti-American base movement in Okinawa.

Although he had reiterated at the Liberal Democratic Party headquarters on June 2 in Japan that “I fully understand that Japan places the highest priority on freedom of expression,” his final statement ended up ignoring the response of the Japanese government.

The government supported Kaye’s investigation in April 2016, arranging interviews with related agencies and Diet members, including a discussion with the Senior Vice-Minister for Foreign Affairs. As Ambassador Junichi Ihara emphasized, “We provided thorough explanation on areas of interest to the Special Rapporteur in order to facilitate his understanding on Japan’s actual situation.”

The government continued to stay in contact with Kaye after he left Japan, seeking to correct indications based on hearsay and speculation, and descriptions and perspectives lacking any basis in fact. Nevertheless, on this day, Kaye seemed opposed to the government’s behavior.

If it is the attitude of the special rapporteur to turn his back on explanations provided by the government in question, and have ears only for certain citizen activists, it is only natural that his ability to issue a fair and impartial report on human rights may fall into doubt.

Takao Harakawa is a staff writer for the Sankei Shimbun. He is reporting from Geneva.

(Click here and here to read the original articles in Japanese)