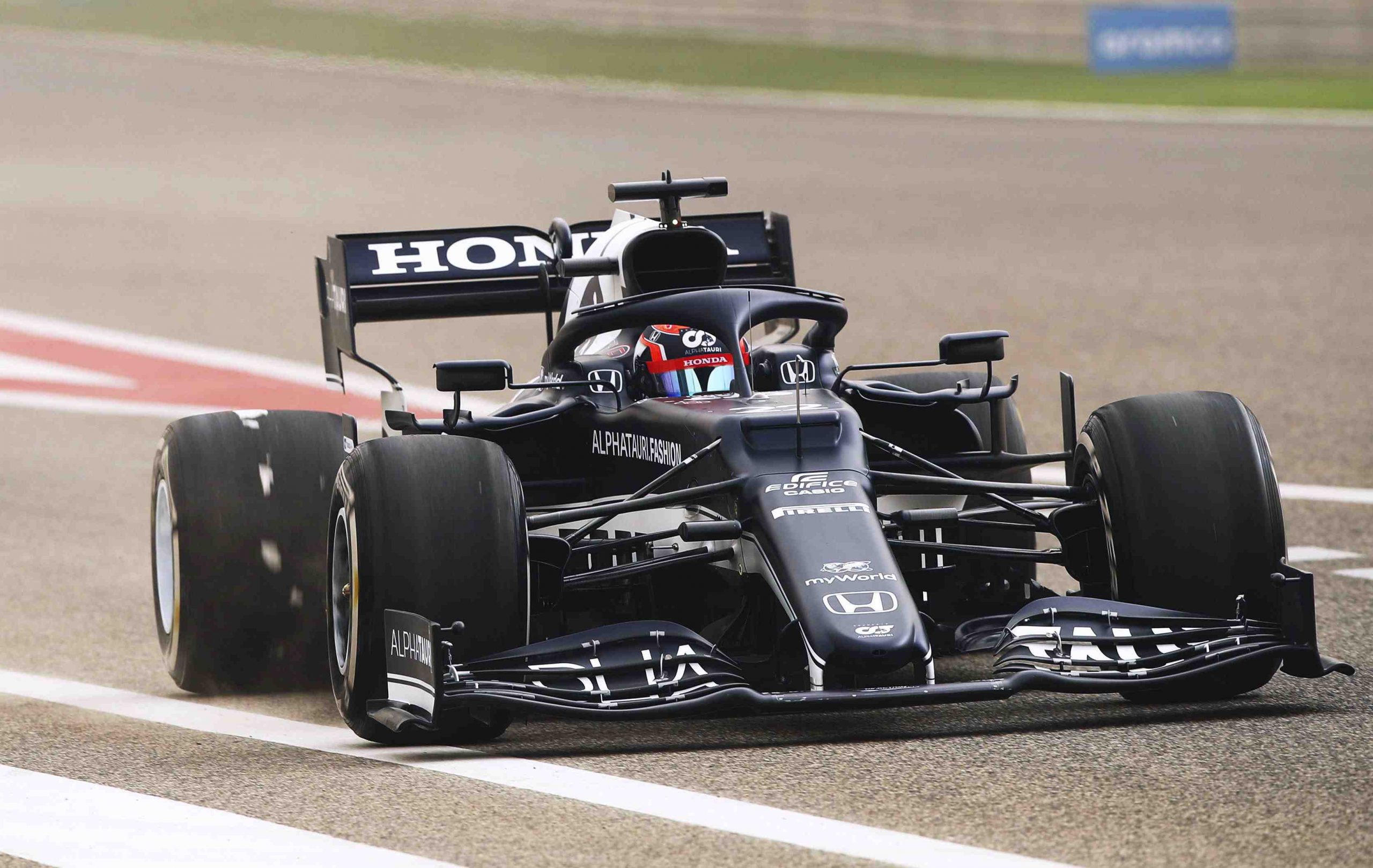 Rookie Yuki Tsunoda doesn’t plan on holding anything back when he makes his Formula One debut this month in Bahrain, where he will become the first Japanese driver in the world’s top motor racing circuit in seven years.

Tsunoda’s rise to the top tier of motorsport has been a rapid one. The 20-year-old native of Kanagawa Prefecture has gone from racing in Japanese Formula 4 to a Formula 1 seat with AlphaTauri in just over three years.

After finishing third in the 2020 Formula 2 championship, Tsunoda earned a promotion to the AlphaTauri team for the 2021 season and became the first Japanese driver in F1 since Kamui Kobayashi drove for Caterham in 2014.

Tsunoda will make his debut at the March 26-28 Bahrain Grand Prix, the first of 23 races this season. Ahead of the season-opening race, Tsunoda has been putting his Honda-powered AT02 through its paces in practice.

He set the second-fastest time (1 minute, 28.9693 seconds for one lap, a distance of 5.412 km, or 3.363 miles) in pre-season testing at the Bahrain International Circuit on Sunday, an early indication the Japanese driver intends to go all out.

“Today was a really, really good day,” Tsunoda said after the practice session. “Good progress, no issues and I just focused on my driving — that’s all I want to do.

“I don’t know what is going to happen in the races. How the physical (aspect) is going to be, how the tire degradation is going to be in F1, so I’ll just push hard from the beginning.”

The Importance of Teamwork

Tsunoda should benefit from having Pierre Gasly as his teammate. The Frenchman won the 2020 Italian Grand Prix for his maiden F1 victory.

“The working relationship is really good,” Gasly said. “As a driver, I think Yuki is very talented. Last year, I watched the races in F2 and was very impressed, especially through the end of the year. I think he will be very fast.”

Tsunoda’s promotion comes at a time when the sport could use some good news in Japan and overseas. The 2020 Japanese Grand Prix was canceled due to the coronavirus pandemic and teams have been struggling financially because of the limited schedule of 2020.

In October, Honda Motor announced it was withdrawing from F1 at the end of the 2021 season as the carmaker pivots to green energy.

Honda became the first Japanese carmaker to participate in F1 in 1964. It temporarily pulled out in 2008 amid the global financial crisis, but came back for the 2009 season as Brawn GP.

“Watching Yuki in Formula 2, he has demonstrated the right mix of racing aggression and good technical understanding,” said Tost. “He has proven to be a fast learner and that he is ready to make the step to Formula 1.”

Not Afraid to Make Mistakes

Tsunoda has an aggressive driving style and Tost said he expects a fair share of crashes in his rookie season. Some have likened Tsunoda’s style to that of Red Bull driver Max Verstappen, who has 10 wins since his F1 debut in 2014.

After a practice session in Bahrain, Tsunoda said he’s not afraid to make mistakes.

“Maybe I will do mistakes, and some silly things,” Tsunoda said. “But I’m not afraid about that because to learn the limit, you have to do mistakes. So just push hard and try to get as much as possible in the points and just do my best.”

Tsunoda became a member of the Honda Formula Dream Project in 2016 and made his single-seater debut that year in the F4 Japanese championship.

After winning the Japanese F4 championship in 2018, he moved to Europe, joining the Red Bull Junior program as part of Honda’s closer relationship with the energy drinks manufacturer in F1.

After showing potential in Formula 3 he was promoted to Formula 2 in 2020 to race for Carlin. He ended the year with seven podium finishes, including three victories, to finish third behind champion Mick Schumacher and Callum Illot.

Formula 1 has always been popular in Japan but the crowds have thinned out somewhat in recent years at the Suzuka Circuit in Mie Prefecture. The addition of a Japanese driver is certain to give the sport a boost in 2021.

The highlight of Kobayashi’s F1 career was a third-place finish at the 2012 Japanese Grand Prix when he became the first Japanese driver to finish on a podium in Japan in 22 years after Aguri Suzuki in 1990.

For now, the fortunes of the sport in Japan rest on the shoulders of Tsunoda.

“I realize that I will be carrying the hopes of a lot of Japanese fans,” Tsunoda said. “I will be doing my best for them.”

AlphaTauri is an Italian F1 racing team and constructor. It is one of two F1 constructors owned by Red Bull. Last year, the team finished seventh in the standings with 107 points.