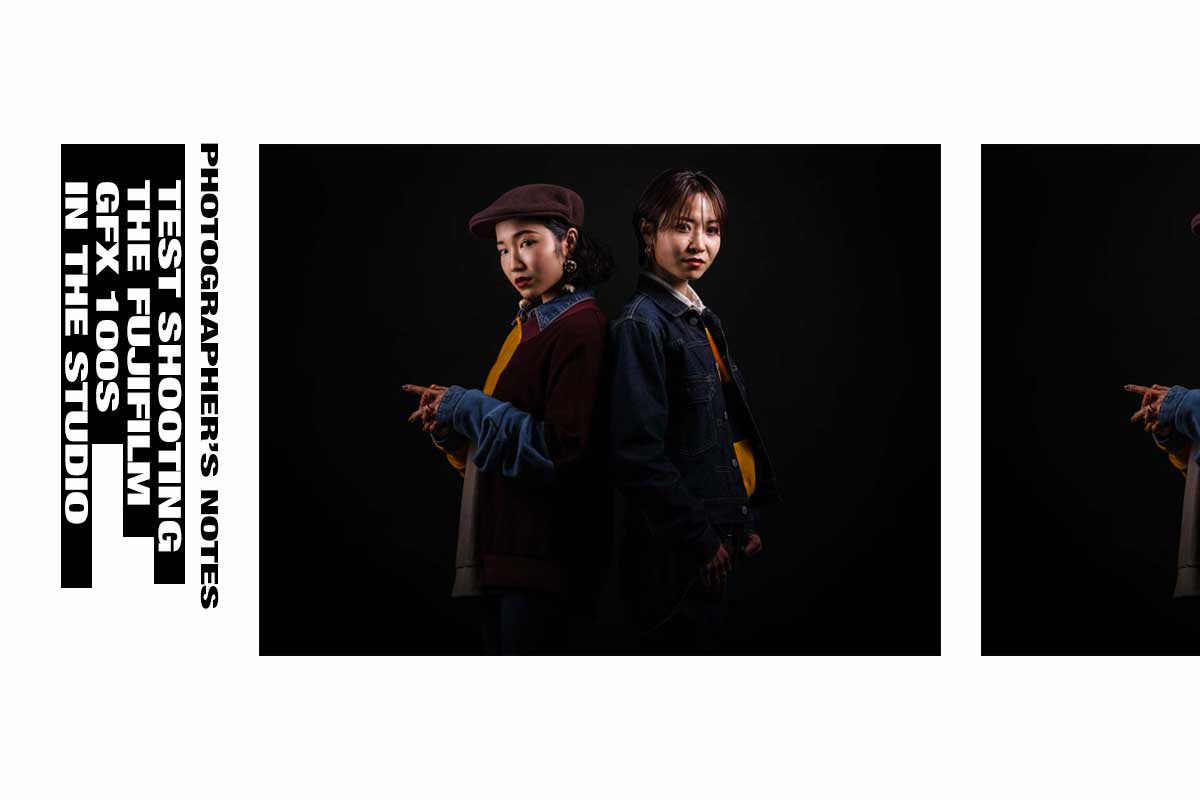 
Read Part 2 of the series here.

Entering 2021 we are already seeing some amazing camera gear coming out from various camera companies. One such innovative product is the soon to be released (already released in some countries) FujiFilm GFX100s 102mp camera.

I was actually part of the initial promotion video for this camera (the guy photographing a motorbike on the beach) so I had some hands on experience with it at the end of last year. But for a deeper look I borrowed the camera from FujiFilm in January for a week of testing and playing. I did two main test shootings, one in the studio and one in the street. For this article I will focus on what I learned and experienced using the camera in a studio setting.

First off, let me share a few of the major selling points of this new GFX100s camera. As I already mentioned, this camera has a 102mp sensor (my Nikon D5 is 20.8mp for comparison). This puts it in the very top tier of digital cameras on the market today.

Although it has a massive sensor, the camera body itself is only 900 grams and is very compact and ergonomic in size. It also has great image stabilization and auto focus, but I will touch more on those two points in Part 2.

Now I mentioned in a recent podcast here that I want to work more on my studio photography. Seeing the specs of the GFX100s I thought it would be great to test in a studio setting, as that is where I could see myself getting the most use out of this camera in future jobs.

For this shoot I enlisted the help of my good friends B-Girl Ayu and her sister B-Girl Ami. They have a great energy and look to them so I am always super happy to shoot them whenever I can.

As I learn from my mistakes, let me explain a couple of mistakes I made during the shoot first, as they demonstrate some important aspects of the camera.

I wanted to use my Broncolor Siros L 800 strobes for the shoot. And because I was using strobes, my camera settings were set to kill any ambient light that might interfere with my images. So when I took a test shot without firing the strobes, all I got was a black image.

One thing I didn’t realize, though, was that the FujiFilm GFX100s uses an electronic viewfinder (EVF) with a preview mode set by default that lets you see what the image would look like at the current settingsーbefore taking a picture. My Nikon D5 uses an optical viewfinder which does not do this, so I was taken by surprise at first when I couldn’t see either of the girls standing in front of me when looking through the EVF. The camera knew they were there, however, and was actually auto focusing on their faces. I just couldn’t see it.

Although I don’t normally use FujiFilm cameras, the nice thing was that the camera’s menu was intuitive enough to navigate and find what I needed to change relatively quickly. So after a few minutes of searching, I was able to fix the issue and get back to shooting. Yea!

The next issue came up when I was reviewing my images on the back of the camera. I would get two images each time, even though I meant to take only one. Furthermore, although one image was properly exposed, the other was pitch black. I was shooting jpeg+raw, so I thought the camera was doing something because of that. It wasn’t really affecting the shoot, though, so I just kept shooting, as I didn’t want to waste any more precious studio time.

Eventually, as I was checking the settings on my camera I noticed I was actually in burst mode, and was taking two photos every time. I didn’t notice this sooner because the shutter on this camera is SUPER quiet, compared to my Nikon D5. With D5, I hear EVERY shutter release and know right away if I am accidentally in burst mode. Often I work with video crews and need to shoot during interviews, so a shutter this quiet would be a great help for me in those situations, when noise can be a very real problem.

Now that I had my problems/mistakes fixed and out of the way, I was able to get on with my shoot and enjoy it. And thanks to B-Girl Ayu and B-Girl Ami it was great fun!

Once I was done with the shoot, it was time to jump on my camera and take a look at what we got. Please note that at this particular time, the RAW files from the GFX100s cannot be edited in Adobe Photoshop/Lightroom or other comparative programs. Updates are coming soon, but at this time all I could do was work with the jpeg files.

But man oh man did the jpegs look good! The amazing thing about working with images shot on a 102mp is that you can zoom into the image soooo much, and it still looks amazing! I was really surprised.

Often in my shooting I don’t have time to perfectly frame my images and need to rely on cropping after the shoot to get the composition I like, which can lead to some image quality loss when I use my Nikon D5. But with these 102mp files I think I could crop as much as I would ever want or need with pretty much zero loss of image quality. Simply amazing!

I go into this point in more detail in my video here, zooming into the images quite a bit. So please check it out if you are interested.

So, to sum up. With 102mp in a compact and light body, with decent autofocusーand insane file sizes and image qualityーthis camera is really making me think of taking the leap to medium format.

I’m not sure if I super NEED that size of images for my current work, but it would be a great way to bridge over to the type of shooting where larger files are a plus. That includes more studio portraiture, and magazine or commercial shoots. While I might not be running out and buying it this afternoon, it is on my radar for possible future investments.