Bashing and Blaming: How Junpei Yasuda Was ‘Welcomed’ After Release from Syria 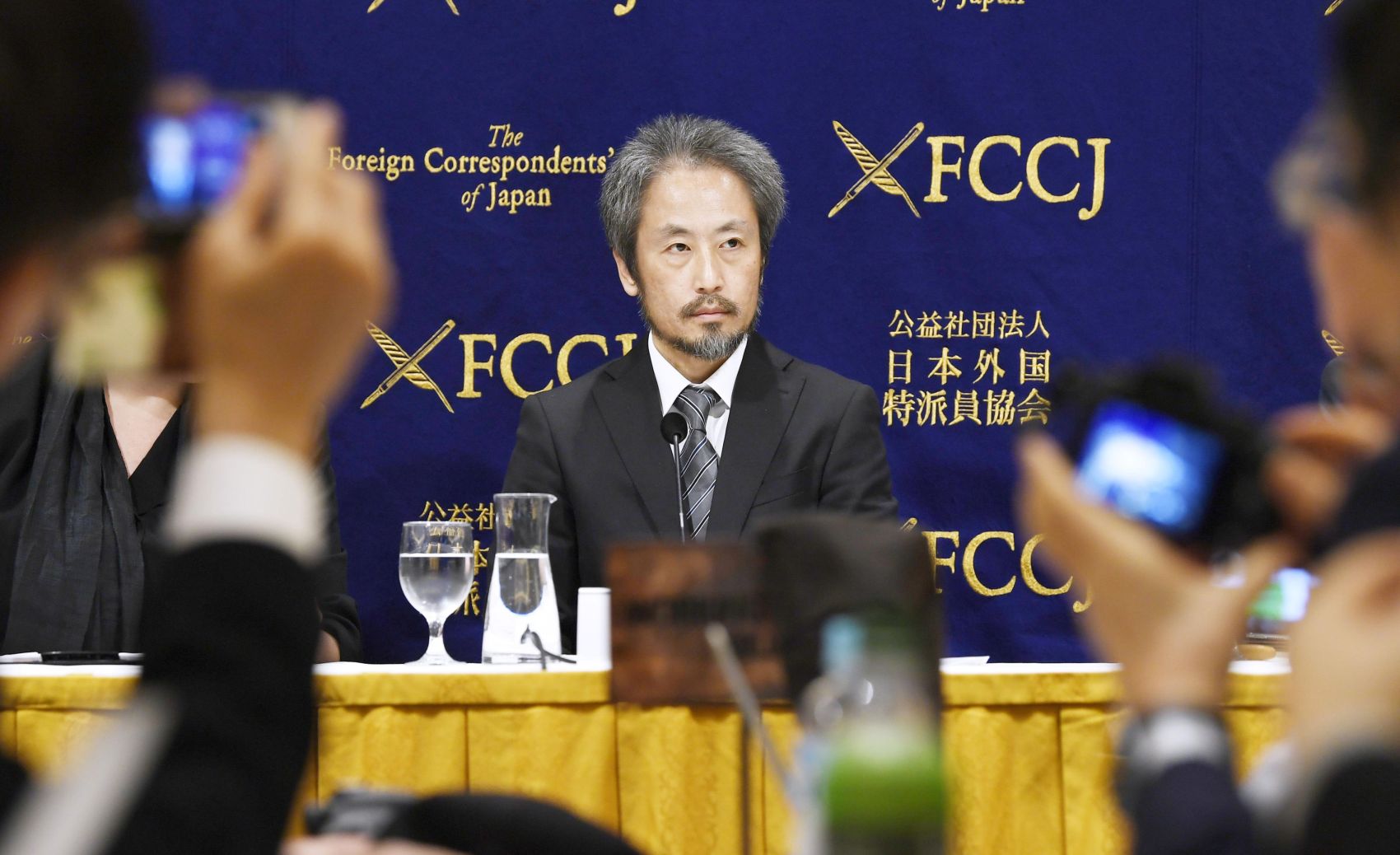 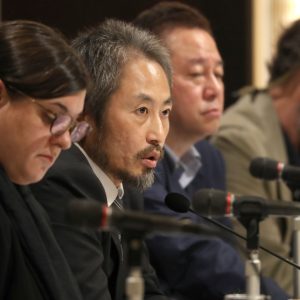 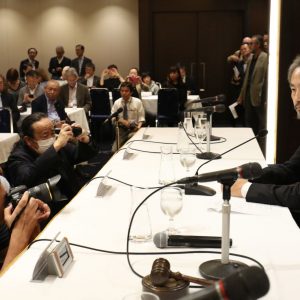 When journalist Junpei Yasuda returned to Tokyo on October 25, observers worldwide who had been following his case were expecting he’d be given a warm welcome. He had, after all, just been released from captivity in Syria that lasted three years and almost four months.

The Japanese media’s coverage, however, bordered on bashing. During Yasuda’s first press conference on November 2, the press focused on his personal responsibility — for having put himself in a position to be captured, and the inconvenience he caused his family, the people around him, and the Japanese government.

He was pressed to answer the question: was he “going to apologize?”

So when he faced the Foreign Correspondents’ Club of Japan in Tokyo on Thursday, November 8, this perceived bashing by the local press took center stage.

The foreign media wanted to make a point that the Japanese press’ reaction was seen as “something unusual,” said Teddy Jimbo, co-chair of the event organizing committee of the correspondents’ club.

Journalist Michael Penn asked, “Why was Yasuda Junpei asked to apologize, when really he should be welcomed back and commended for his work?”

The 44-year-old native of Saitama Prefecture worked as a reporter in a local newspaper in Nagano Prefecture after graduating from the university. He initially covered the Middle East. He then became a freelancer and travelled many times to Iraq in the early 2000s. In 2004, he was held captive for three days in Iraq under suspicion of being a spy.

Yasuda was captured again in June 2015, while crossing the border from Syria to Turkey as he was trying to cover the civil war. This time he was held hostage for 40 months. During his captivity, footage of him was leaked online in 2016, including an image of him holding a sign saying “Save Junpei Yasuda, this is the last chance.”

He was released on October 23, 2018, returning home to Japan two days later.

Since Yasuda’s return, the Japanese government has thanked Qatar and Turkey for their cooperation in securing his release. This has sparked rumors that ransom was paid through indirect means.

The government has flatly denied such allegations.

Yasuda himself said he didn’t know why he was released by his captors.

Considering his case — where he was taking responsibility for his actions — he said the government should not be paying ransom. “It makes me think about whether I am suitable or worthy of such an action,” he said during the November 8 press conference.

Who Should Be Blamed?

The main criticism against Yasuda has been that he put himself in danger when he went on this coverage. It was clear he was taking responsibility for what happened.

He stressed that he had sent a message to his wife, telling her to “ignore this” — referring to the ransom demand — and “do not pay.”

His intention was to give some peace to his family back in Japan and to make clear that they had no responsibility in his actions, and he was the one to be held responsible.

Will He Go Back to Syria?

Yasuda said he studied the Quran during his captivity, and had converted to Islam, which he came to believe as a “peaceful religion.”

“I don’t hate Islam. If anything, I want to study it more,” he said, conceding that Islam is easily misunderstood by Muslim themselves.

But going back to Syria is something he is not considering right now, he said.

Still, he stressed the importance of fieldwork for a journalist. Using the example of his own captivity in 2004 in Iraq, he pointed out that it was through his own investigation that he found out he was held under suspicion of being a spy.

He said he wouldn’t stop travelling to get stories, although he didn’t say categorically if he would totally discount returning to Syria someday.

Should Yasuda Be Apologizing?

During the press conference with the foreign correspondents, Yasuda took the opportunity again to unequivocally apologize for his actions.

“The job of a journalist is provide information which is not provided by the government. Regarding whether I should apologize, I recognize that to some extent the events happened because of my own behavior,” he said.

The irony was not lost during the press conference: in other countries, journalists are normally welcomed with open arms when returning from captivity. Yasuda, however, had to be asked if he could recount episodes of warm welcome in Japan.

He acknowledged that there had been requests for interviews while he was hospitalized, but he declined them due to his medical condition. He also preferred to wait for the press conference. When this response was given, journalists understood this and respected that he needed some space.

So to answer the nagging question, he said: “So perhaps this is not your usual ‘welcome back.’ Perhaps it is the ‘Japanese way’ of welcoming back, and I am very grateful.”