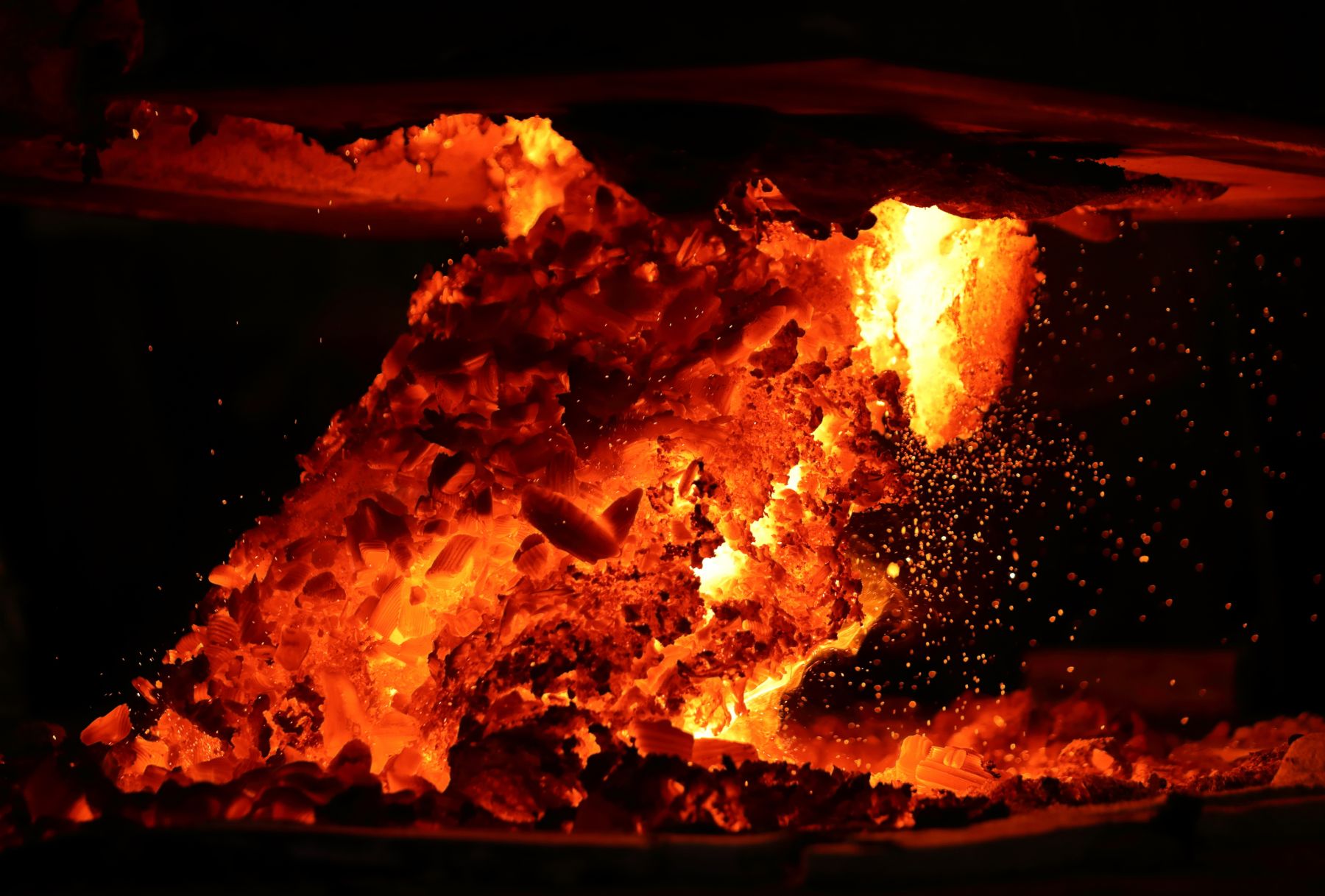 How many times has this fire been ablaze?

The furnace fills with flames stretching tall. Sand with iron and charcoal is added as fuel. The blaze grows even stronger with the charcoal. Perhaps we are shaping the fire in the same way that people a thousand years ago did.

Tatara, an iron bellows used in ancient times, has been passed down throughout history in Oku-Izumo, eastern Shimane Prefecture. It is still part of iron production today. The high-quality masa iron sand and charcoal found in the lush forests led to the area’s superior ironworks.

The Tanabe family in the town of Yoshida in Unnan, have been known historically for their expertise in tatara bellows. The white, earthen walled storehouses of the times still remain.

The Sankei Shimbun visited the Tanabe corporation to see the tatara in Oku-Izumo up-close.

A total of 31 people worked on the tatara, including those with the Tanabe corporation and local workers. A contemporary version of the tatara was used at Wako, a production lab facility owned by the town.

The fire is lit at 9:00 A.M.. In the afternoon, the 1,500 °C whitish blue flames burned in the ochre-colored trapezoid furnace. Every thirty minutes, charcoal and iron sand are added, making the flames burst upwards at the ceiling like fireworks.

Just past six in the evening, work to remove built-up debris in the furnace started. The fiery-hot impurities melt away.

The iron sand and charcoal additions increase in frequency after midnight, to once every fifteen minutes. The extraordinary heat brings beads of sweat to our foreheads. The most involved work is from midnight to dawn. During breaks, most workers retreat to sit silently, hushed by the hard labor.

“The goal is to maintain flame height,” Junji Hayashi (58), a general manager of Tanabe told us, as he worked around the wildly burning furnace.

The fire extinguished finally at 9 A.M. and a bright red iron mass around 150 kilograms, called “kera,” was taken out from the furnace. Kera takes several days to cool off. It is then used to make knives and other objects.

“That was incredibly difficult,” remarked Hayashi. The exhaustion from the laborious work lingered, but a sense of achievement and unity with workers of the past filled the air.

The resulting red, glistening kera is the prize for all those involved.

(Click here to read the original story in Japanese)