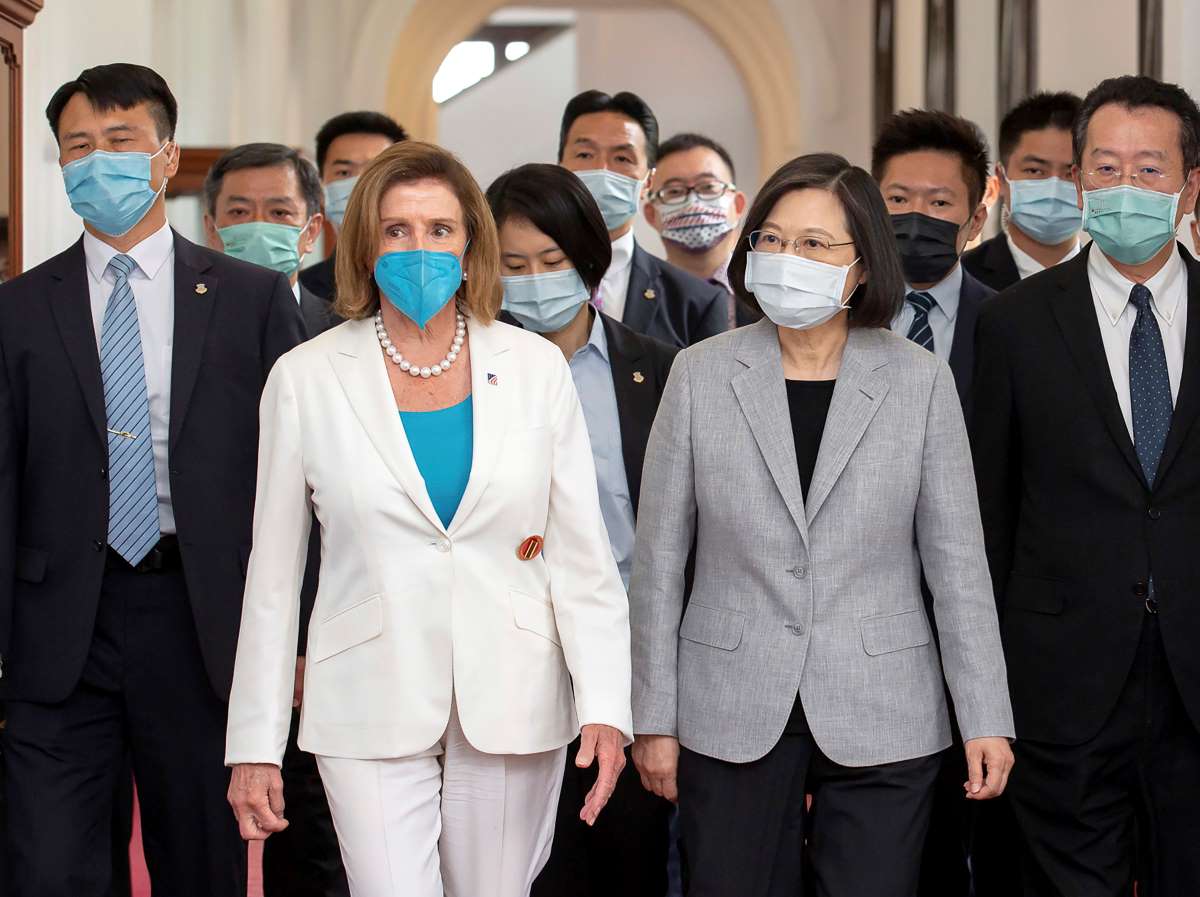 Despite repeated warnings from China, Nancy Pelosi, Speaker of the United States House of Representatives, arrived in Taiwan on August 2. This caused Chinese President Xi Jinping to lose face. In turn, it was an incentive spurring China to initiate intense gestures of intimidation, including military exercises.

At the same time, there is only a short time remaining before the autumn National Congress of the Chinese Communist Party, which aims at securing Xi’s long-term rule. This seems to be a factor behind a genuine desire to avoid a decisive confrontation with the United States.

“We will not leave any room for interference by “Taiwan independence” forces and outside forces.” Such were the words of Chinese State Councilor and Foreign Minister Wang Yi vehemently opposed the US in a statement released on August 3.

Earlier, in the late evening of August 2 immediately after Pelosi arrived in Taiwan, Chinese Communist Party and government organizations, including the Ministry of Foreign Affairs and the Ministry of National Defense, simultaneously issued condemnations. One after another, they announced new military, economic, and other countermeasures against Taiwan.

The Xi administration had characterized Pelosi’s visit to Taiwan as “a challenge to the final line on the Chinese side” and aimed to prevent it. In a July 28 telephone conversation with US President Joe Biden, Xi had used strong language, warning that “Those who play with fire will perish by it.”

Yet, Xi’s efforts were not successful. Wang revealed his frustration in a statement, saying, “Pelosi blatantly visited the island in disregard of China’s solemn representations.”

In addition to covering up its missteps, the Xi administration was forced to take a hardline stance due to deteriorating domestic sentiment toward the United States.


Precautions Ahead of 20th Party Congress

Meanwhile, the Chinese military exercises were set to start on August 4. There were whispers that this schedule may have been designed to avoid unforeseen problems as Pelosi was leaving Taiwan.

In addition, there were more police officers around the United States Embassy in Beijing on August 3. Overall, the Chinese government appeared to be wary of sudden anti-US protests and activities that could affect US-China relations.

China’s military has yet to develop the capability to effectively counter United States forces, and the Xi administration appears to be somewhat cautious not to unduly increase tensions between the two countries.

Xi Jinping is aiming to enter an unprecedented third term as supreme leader of the Chinese Communist Party at the 20th Party Congress, which will be held in the autumn of 2022. There are reports that party cadres are already beginning to gather in Beidaihe, a summer resort in Hebei Province, where they would likely engage in informal discussions on personnel adjustments for the next leadership. The emphasis is expected to be on strengthening the “stability” of the regime.

Chinese Foreign Ministry spokeswoman Hua Chunying, who is Assistant Foreign Minister, also stressed in a press conference on August 3 that China was taking adequate countermeasures to the Pelosi trip, adding that she believed “the Chinese people are rational and patriotic.”

Thus, it appears the government is trying to prevent a rise in dissatisfaction with the Xi administration, particularly in the wake of its response to the Pelosi visit.