UK, Japan Step Up Defense Cooperation in the Face of North Korean Threat 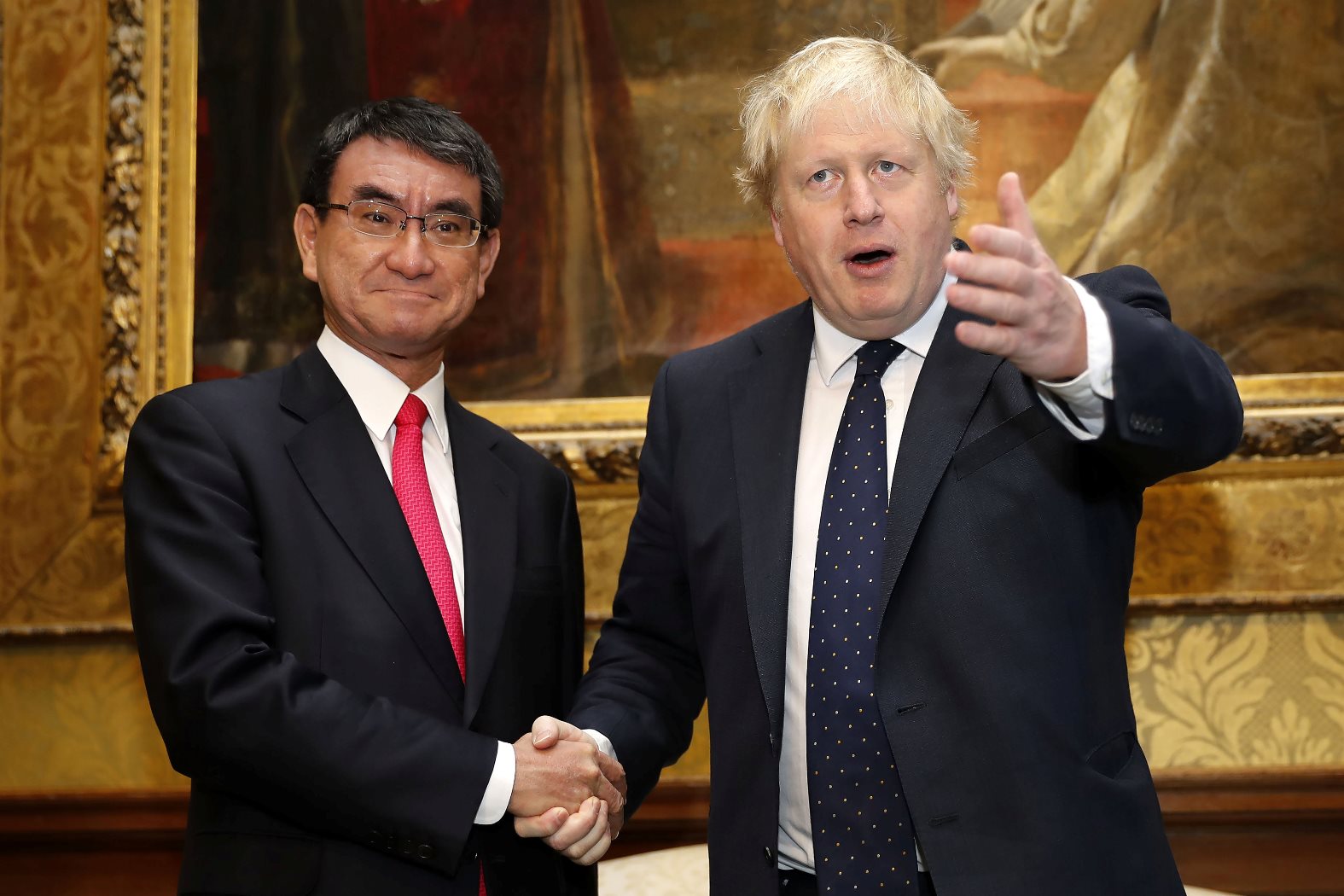 Britain is offering unprecedented levels of military support to Japan in the wake of the growing threat from North Korea and tensions with China.

In addition, defense and cyber-security companies from the UK are collaborating to help defend Japan against hackers and terrorists.

The arrangements were announced by British Foreign Secretary Boris Johnson and the Japanese Foreign Minister Taro Kono on December 14 in London.

The ministers reaffirmed that the UK and Japan are each other’s closest security partners in Europe and Asia, respectively. Although the British government prefers not to use the word alliance when referring to Japan, some commentators have described the relationship as a semi-alliance.

During a trip to the National Maritime Museum in London’s Greenwich on December 14, the ministers discussed the UK-Japan alliance, which existed at the beginning of the 20th century. Afterwards, Johnson said, “Looking at the maritime history of the countries and the identity that we share, it’s confirmation again that we have the same values, the same outlook, and increasingly the same interests in the world.” 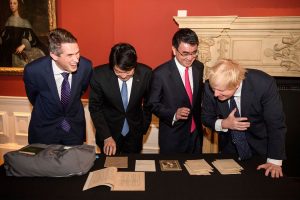 Mr Onodera welcomed Britain’s military support, and described North Korea as “a most urgent and important threat.” He warned that Japan would never accept a nuclear-armed North Korea, and that both the UK and Japan believe that upholding the rule of law is the “top priority for democracy and security in the region.”

Foreign Secretary Johnson said that “Japan and the UK really do see eye-to-eye” on North Korea. He said the best way forward is to ramp up the economic pressure on North Korea and “the people who can really do that are the Chinese.”

“The military options don’t look at all attractive,” said Mr Johnson, “that is why we want to see an international diplomatic effort.”

Japan and the United Kingdom are co-developing a weapon known as the  Joint New Air-to-Air Missile (JNAAM). Live fire testing is expected to begin in 2018. According to Francis Tusa, editor of Defence Analysis, it is a rare example of Japan working with a country other than the United States on a defense project. He believes Japan chose the system because of its compatibility with its aircraft. However, he does not expect the collaboration with the UK to dent the alliance between Japan and the United States. 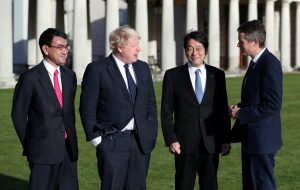 “The US and Japan are very tight and it is hard for another country such as the UK to disrupt that relationship,” says Mr Tusa. “There are around 15,000 US marines stationed in Okinawa and around 250 US military planes in the region. What would Britain send to Japan in the event of a conflict with North Korea? Maybe only 14 planes and how long would they take to get there?”

Japan is seeking to boost its defense capacity following a series of ballistic missile launches and nuclear tests by North Korea and increased Chinese activities in the East and South China Seas.

Foreign Minister Kono told reporters in London that the North Korea’s intercontinental ballistic missiles can reach not only South Korea and Japan but also other parts of Asia, the United States, and Europe, and therefore represent a new and dangerous threat to the international community.

Japan also fears sea and air clashes with China in disputed areas of the East China Sea. In response to the rising tension, Japan’s Ministry of Defense has requested a record budget of JPY5,255 billion ($48 billion) for 2018.

Francis Tusa says: “The Chinese are spending a huge amount of money on defense, building up to six new aircraft carriers, so I’m not surprised that a bit of an arms race is developing in the region.”

In response to the growing threat of malicious cyber activity, the Japanese and British ministers agreed to strengthen cooperation in the field of cyber security and will hold a conference on the issue in February 2018. They confirmed that the UK and Japan would pool information in order to deter or mitigate malicious cyber activities.

In the spring of 2017, Britain’s National Health Service was hit by a cyber attack, which was launched from North Korea, according to Britain's National Cyber Security Centre.

Francis Tusa of Defence Analysis says: “You need many friends to counter cyber attacks. I don’t think any one single country has all the technology and resources needed to tackle the cyber problem. You need big data and many experts to combat the threat.”

British ministers hope that some of the increased defense spending by Japan will flow to UK arms companies, which are seeking valuable contracts to secure jobs in manufacturing and technology.

Britain is aiming to deepen its trading ties with major economies outside Europe, such as Japan and China as the UK negotiates its exit from the European Union, the world’s biggest trading bloc.

The Two Plus Two summit with Japan in London took place simultaneously with another top level set of talks involving senior British politicians in China.

The British Chancellor (Finance Minister) Philip Hammond and the Business Secretary Greg Clark were in Beijing for the UK China Economic and Financial Dialogue.

The British government said that meeting secured more than £1 billion ($1.3 billion) of trade and investment deals with China.

Duncan Bartlett is a London based specialist in Asian affairs and a former BBC Tokyo correspondent. He publishes the weekly blog Japan Story.