BOOK REVIEW | ‘Japan Rearmed: The Politics of Military Power’ by Sheila A. Smith 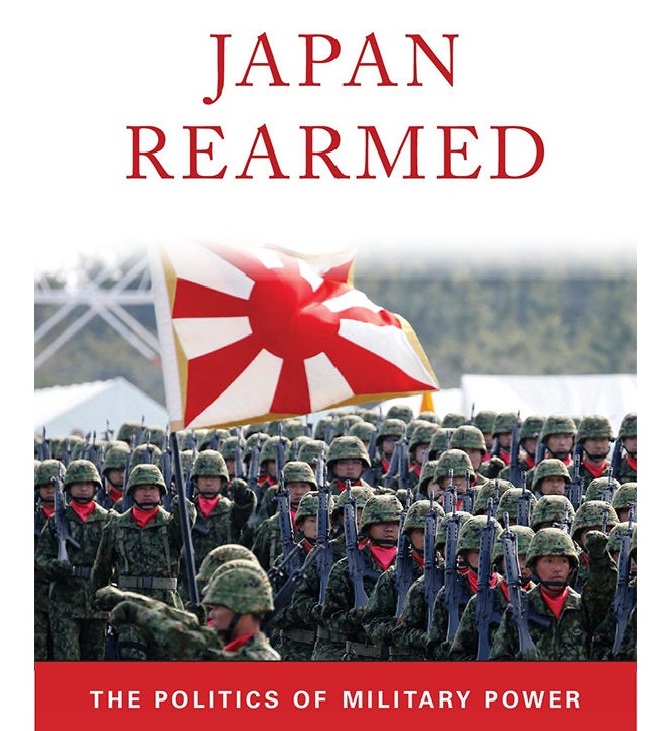 As explained in author Sheila A. Smith’s introduction of her new book, several generations of Japanese leaders have grappled with how to ensure their nation’s defenses while limiting the power of the country’s own military. Although this is a problem common to most countries, Japan labors under a unique restriction: in Article 9 of a constitution written in 1947 and unamended to this day, the country forever foreswears the use of force to settle international disputes.

Smith’s account of events since then unfolds in successive chapters on the Cold War period, the legal and public relations issues surrounding the dispatch of Self-Defense Forces (SDF) personnel abroad, the mobilization of the military, and the uncertainties of relying on borrowed power.

The tone is abstract, as if viewing the events through the nether end of a microscope.

While differences of opinion are referenced, the reader gets little sense of the sharp clashes of personality and ideological views that have framed the debates on these questions. Yukio Mishima is nowhere mentioned. Nor is how gaiatsu, foreign (i.e., American) pressure to do more militarily, has often been used as an excuse by right-of-center Japanese politicians who had long wanted to do precisely that, and perhaps more than that.

As Smith acknowledges, the decision not to send the SDF to the Gulf War haunted Japanese policymakers for a decade. Unmentioned is the blow to pride elicited by derisive foreign comments such as “other countries sent troops; Japan sent sushi.”

Also largely absent is the role played by foreign countries, with China and the Koreas in particular interpreting any perceived deviation in Japanese defense policy as evidence of a further slide down the slippery slope toward the militaristic governments of the 1930s and 1940s.

For example, Chinese state-controlled media described a brief and minuscule 1987 exception to Japan’s self-imposed one percent limit of GDP for defense as a break that would make a second, third, and more breaks until “the state of affairs will get out of control.”

Domestic resistance to the dispatch of SDF personnel to United Nations Peacekeeping Operations also receives short shrift. The impetus to it provided by China’s decision to commit its own troops to PKOs is unmentioned, as is the Japan Socialist Party’s “ox-walk” protest to delay passage of the enabling bill in 1992. The bill passed nonetheless, with a public backlash against the JSP’s tactics, punishing the party in the next election.

The Taiwan Strait crisis of 1995-1996 is mentioned. But it is not quite correct to say that Washington pressed “Tokyo to clarify what it could — and could not — do in the case of a regional contingency” (p. 91). In fact, Tokyo, alarmed at the implications of war in the strait for Japan’s own security and economic interests, did quite a bit, approaching the United States for a stronger security commitment.

Smith is correct that the increasing sophistication of North Korean missile capabilities provided additional impetus for those who wanted to have a means to retaliate. She seems reluctant, however, to acknowledge the role that China played in this ― a role acknowledged by both China and Japan.

A 1999 Chinese publication, for example, complained that Tokyo was using the DPRK as a surrogate for China in order to get domestic support for its remilitarization, and Japan’s 2000 defense white paper expressed increased concern with China’s growing military power while advocating vigilance against it.

Asked by this reviewer in 2003 whether he regarded China or North Korea as the greater threat, the then-head of the Japanese Defense Agency (upgraded to ministry status in 2007) responded with no hesitation, “China.”

Some discussion of the upgrades to Japan’s military to guard against the growing perception of threat would have been helpful. For example: the launching of the helicopter-destroyer Izumo class ships, the decision to convert them into aircraft carriers, the stationing of troops in Japan’s more remote southwestern islands, and the training exercises to retake the islands from an unnamed occupier. Some mention of the difficulties of getting the different branches of the SDF to better coordinate would also have been beneficial.

A strong section of this book describes how the SDF’s response to crises, such as the Hanshin earthquake of 1995 and the triple disaster in Tohoku in 2011, helped to dispel lingering domestic fears of a return to militarism. As Smith notes, Japanese public opinion now ranks the SDF as one of the nation’s most valued institutions.

She also credits the SDF with accepting its growing missions abroad with little complaint, even during the time when public consensus on the legitimacy of their presence was lacking. She then segues into a helpful discussion on how to translate this into constitutional revision.

As Smith notes, even current Prime Minister Shinzo Abe, who has carried out numerous security policy reforms, now seeks only to add a sentence to Article 9 that will legitimize the existence of the SDF ― simply stating a fact that the great majority of the Japanese people already accept. Whether this will be the precursor toward further revisions of the hitherto sacrosanct wording of Article 9 remains, however, to be seen. As Smith correctly observes, the interpretation of its existing language has already been stretched to the limit.

The author observes that Japan’s military today is more thoroughly integrated into national strategy than ever before. The SDF continues to expand cooperation with other nations in the Asia Pacific which share Japan’s perception of external threat, and its officers have participated in a variety of exercises and missions with them.

Smith concludes, wisely, that despite the internal Japanese controversy surrounding the country’s right to participate in collective self-defense efforts, embedding the SDF within international coalitions not only demonstrates Japan’s active contribution to global peace but also provides a safeguard that the Japanese military will not be empowered to test the limits of civilian authority as it had been in the 1930s. The challenges to peace by revisionist powers are great, and going it alone militarily is not a feasible option. 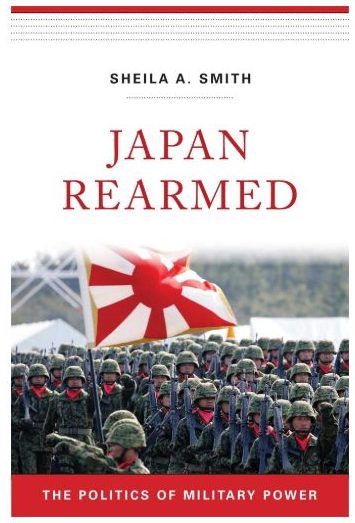 The book is Japan Rearmed: The Politics of Military Power by Sheila A. Smith (Harvard University Press, April 2019). Paper or digital copies can be ordered through the Council on Foreign Relations at this link, where the author is a senior fellow for Japan Studies, or through Amazon at this link.