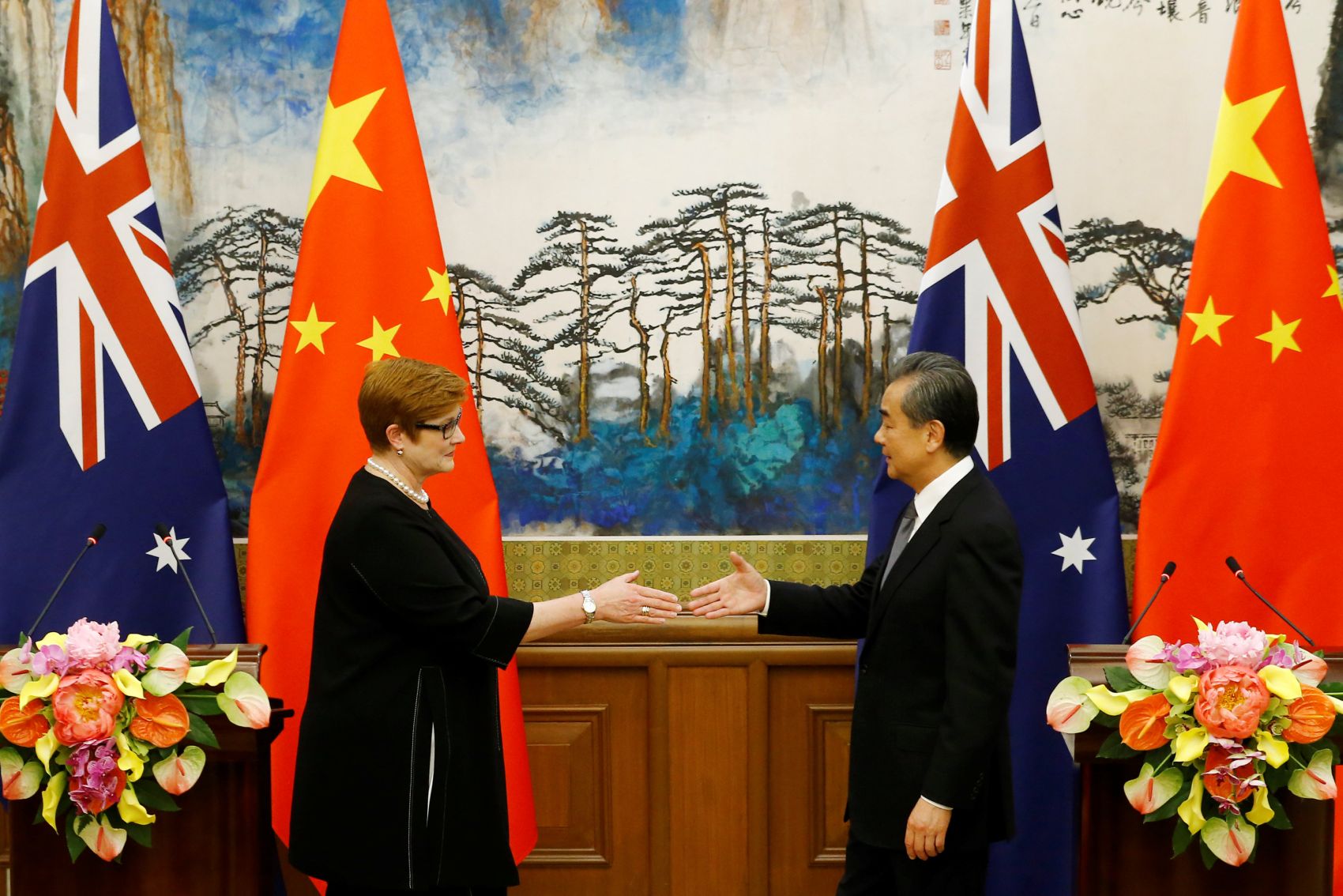 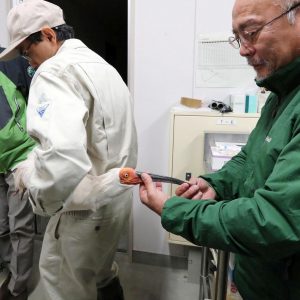 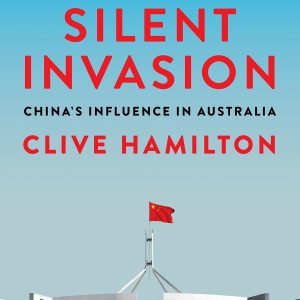 The Communist Party of China (CCP) increasingly applies the tactics and techniques of influence that Hamilton catalogues, including funding of politicians, businesses, and universities in the United States, Europe, Africa, and Asia.

The CCP has been applying these same techniques for much longer throughout Southeast Asia. Japan’s proximity to China, extensive trade, and shrinking population make it vulnerable to Beijing’s influence as well.

Carrot and Stick: Which is More Dangerous?

China’s Xinhua newspaper took the opportunity to point out that Japan’s crested ibises went extinct in 2003, and the population of 370 crested ibises currently in Japan all trace their lineage to five Chinese birds gifted since the 1980s. The population suffers from a lack of genetic diversity, and one has to wonder why more birds had not been acquired previously.

Perhaps it is China’s approach to carrot-and-stick strategies, which for Japan has mostly been the stick in places like the East China Sea.

Conversely, Australia gets the carrot, which is perhaps more dangerous.

According to Hamilton, “China plans to dominate the world, and has been using Australia and New Zealand as a testing ground for its tactics to assert its ascendancy in the West” (pp. 15-16).

Use of the techniques that Hamilton describes in Australia could eventually be expanded in Japan, and so the book serves as a useful list of tactics for which Japanese citizens should be alert.

The methods of soft power that Hamilton describes are rooted in the founding of the Chinese communist state. Hamilton aptly cites Mao’s dictum that an army and guns are insufficient: “We must also have a cultural army, which is absolutely indispensable for uniting our own ranks and defeating the enemy” (p. 248).

These “cultural army” tactics, which frequently amount to various forms of bribery by other names, are up-to-date and comprehensive in Australia. They are so successful in relatively permeable democracies, Hamilton argues, because of our own lack of commitment to the democratic values and human rights that could protect us.

“As we become aware of the regional and global strategies covering economic control, diplomatic pressure and military expansion actually being prosecuted by the Chinese party-state, we begin to see that, left unchecked, the internal subversion of our institutions and the relentless external pressures from Beijing, coupled with our own weakening commitment to democratic values, would see Australia become a tribute state of the resurgent Middle Kingdom” (p. 116).

Australia risks its sovereignty, above all, through its prioritizing of short-term trade gains over long-term national security or human rights concerns.

This is facilitated by a “China Club” of political, business, and intellectual elites, who advise appeasement in apparent exchange for pecuniary or prestige links to China.

“When the Department of Foreign Affairs and the Department of Trade were merged in 1987 to become DFAT, no one doubted which of the distinct worldviews would prevail,” writes Hamilton. “Once the ideas of the China club came to rule Canberra’s central agencies, our economic relationship with China would begin to trump other considerations raised by Defense, intelligence agencies and, of course, those raised by human rights NGOs” (p. 256).

Hamilton is disarmingly self-aware in his writing. He realizes that his analysis might be seen as alarmist by some. Former Australian Foreign Minister Bob Carr (2012-13) claims that the atmosphere in Australia, of which Hamilton’s book is now the lead example, is a “McCarthyist anti-China panic” (p. 121).

But Hamilton argues that this very criticism is a product of the biased view that the CCP promotes.

Hamilton affectionately calls Mr. Carr “Beijing Bob,” to whom he has devoted an entire chapter by that title.

Mr. Carr’s Australia-China Relations Institute at the University of Technology Sydney received AUD1.8 million in 2014 from billionaire Huang Xiangmo. Mr. Huang heads the Australian Council for the Promotion of the Peaceful Reunification of China, “a creature of the United Front Work Department” (UFWD), according to Hamilton.

Chinese Ethnocentrism as a Tool of Influence

Hamilton traveled to China to do research for the book, including one fascinating interview with “a famous academic whose pro-government and nationalist arguments are well known.” The academic is not named in the book, which ought to be expected given his frank and curiously reasonable pronouncements below (p. 235).

Chinese Academic: Why import what is bad in China into other countries? What if Chinese in Australia began to use their numbers to elect Australia’s leader?

Hamilton: There are one million Chinese in Australia.

Chinese Academic: We can send you 20 million. Patriotism is fine. But biased patriotism is worse than no patriotism. If Chinese go to Australia, we must obey your laws. Who gives us the right not to obey your laws? Many in China think, “When I am patriotic I can do anything, anywhere.” No, we can do it only on our territory. What is mutual respect? We must accept different ways and values. There is a danger of Chinese practicing political and cultural imperialism on others’ territories.

Mr. Hamilton cites extensive Chinese sources to buttress his arguments, including his Chinese-Australian friends, who, he says, know the danger from China more than the average Australian. Despite that, the book has been charged with racism and ethnocentrism by some in the press.

But Mr. Hamilton assembles an impressive array of data for why it is not he, but the CCP, which is ethnocentric: “The CCP explicitly makes ethnicity an issue. This is the danger for Australia, and we will be able to breathe easy about the large number of ‘overseas Chinese’ in Australia only when their ancestry matters no more than it does for immigrants from Italy, Indonesia or Chile” (pp. 258-9).

The Many Faces of China’s Influence Operations

Hamilton argues against so-called realists who think only in military terms, rather than in how China uses economic incentives to create a “comprador class” (Chinese agents abroad) much as did the United States in Latin America in the 19th century.

Cultivating businessmen and a domestic ruling party that knows its interests are served through supporting the hegemon — in this case China — is cheaper and more effective, according to Hamilton, than conquering a nation through military force.

“Essential to the long-term success of this strategy is disempowering the populace or shifting its worldview so that it comes to accept the inevitability and desirability of its own domination,” writes Hamilton. “In this task the hegemon recruits elites, including leading intellectuals” (p. 264).

Hamilton is a well-regarded academic, and cites and draws upon prior treatments of Chinese political influence by academics, such as New Zealand’s Anne-Marie Brady and James To.

Brady received an anonymous letter threatening her shortly before having her computer stolen this year from her New Zealand home, likely by Chinese intelligence. She had uncovered a cluster of former New Zealand prime ministers and their associates who were appointed to the boards of Chinese state-owned companies and think tanks, and a sitting member of parliament, Yang Jian, who had not revealed his alleged links to Chinese intelligence.

Since China’s influence in New Zealand is more pronounced even than in Australia, it makes sense that New Zealand would have already produced cutting edge theory and analysis on the subject.

If there is one criticism that could be made about the book, it is that it reads as a collection of anecdotes. It might well have taken the next step to explore a more clearly specified theory about political influence with a self-conscious and methodologically rigorous presentation of evidence for or against the theory.

Hamilton perfectly presents the data for his argument that China has undue political and economic influence in Australia, but does not much examine the data against his argument, if it exists. And he presents evidence beyond Australia, rather than limiting himself to the case at hand.

But such a stale academic approach is not really needed today on this topic. Rather, we needed a best-seller to alert the public of the dangers of growing Chinese influence, and that Mr. Hamilton has provided.

He does not pretend to write an academic monograph. It is more akin to Jane Mayer’s Dark Money: The Hidden History of the Billionaires Behind the Rise of the Radical Right (Doubleday, 2016; reprint by Anchor, 2017).

Like Mayer’s important study of political influence in the United States, Hamilton is readable, highly informative, and in some places even humorous.

Hamilton discusses gifts of smartwatches by Huawei to both the Canberra Raiders rugby football team, and in 2016 to MP Paul Fletcher, the federal infrastructure minister.

“The Raiders were soon praising the benefits of the Huawei sponsorship, including the use of the company’s 24/7 smartwatch monitoring of players, including their hydration, sleep, diet and wellness, as well as, with the help of Huawei’s tablet computers, their location and movement speed,” wrote Hamilton.

“Handy on a politician too.” Mr. Fletcher had worn his Huawei smartwatch around Parliament House, which would normally be seen as demonstrating a lack of information security awareness (p. 158-9).

As shown by Ms. Brady’s experience — and the fact that the first publisher felt pressured by the controversial content to withdraw just before the publication date — the book took courage and fortitude to write and publish.

Mr. Hamilton and the publisher, Hardie Grant Books, therefore deserve not only our reader’s attention but our gratitude and support. We need more such courage and fortitude to ensure long-term peace and stability for the new home of the crested ibis, and for the world. 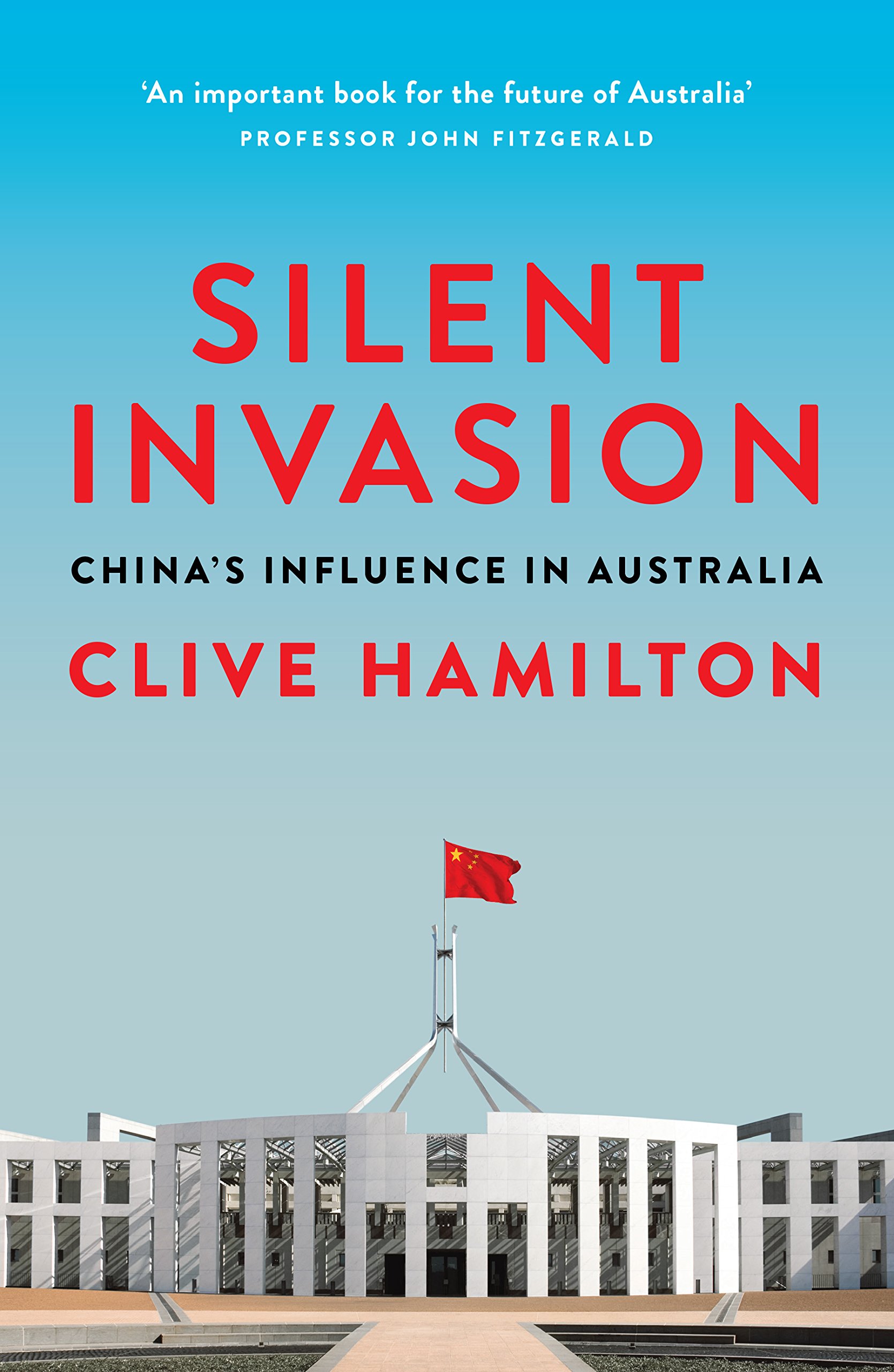