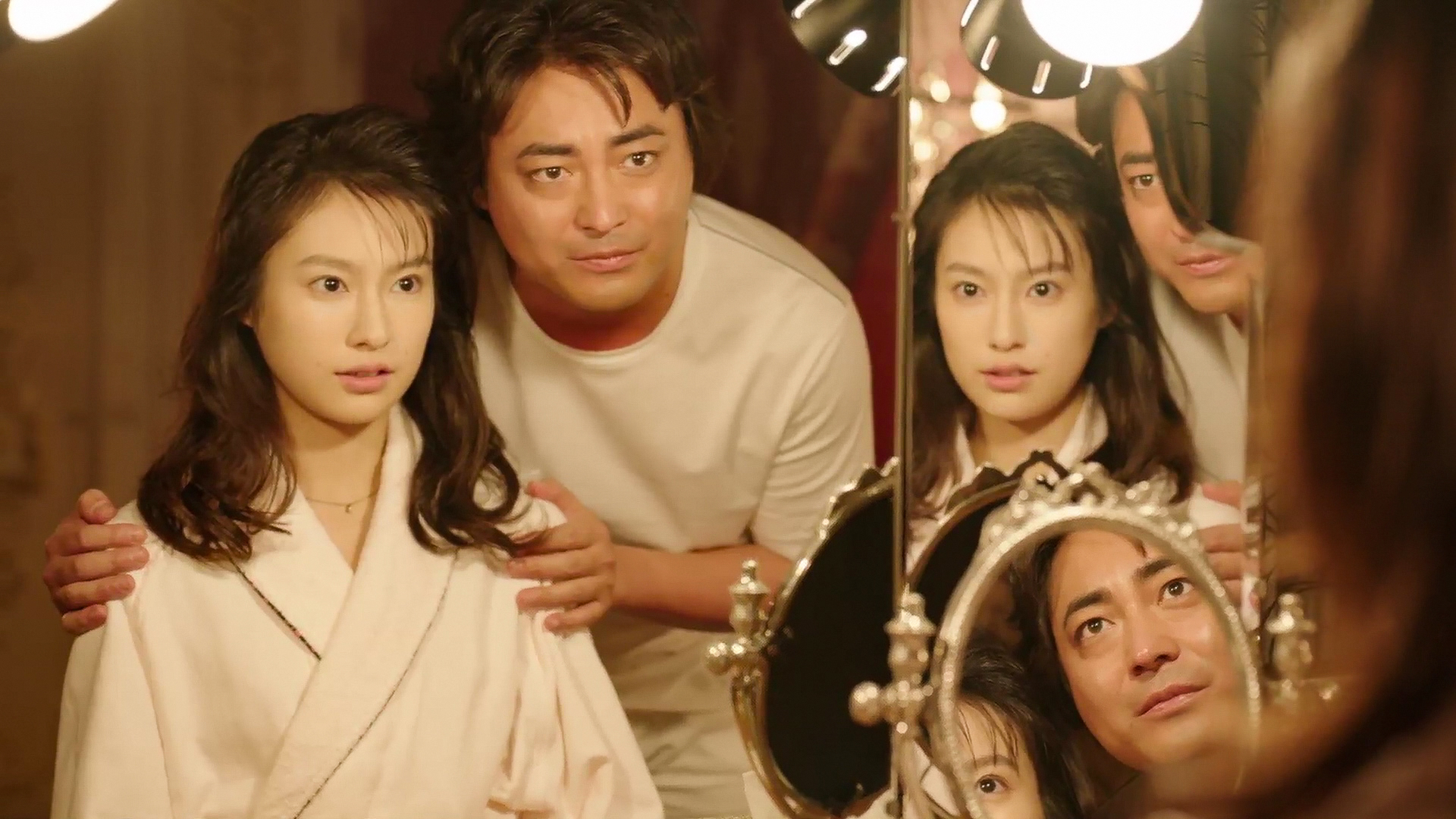 Part 2: [Bookmark] INTERVIEW | ‘Be Yourself’: A Chat With Emerging Star Yuri Tsunematsu

“Thank you for waiting! I hope you haven’t kept you waiting too long!”

Who knew that these words could be such a perfect fit, as they were in this case.

These words were often used by Toru Muranishi, a man who is known as the emperor of the adult video industry in Japan, starting from the late 1980s.

His roller coaster-like life story, as told in the biography written by Nobuhiro Motohashi in 2016, became a Netflix series in 2019 under the same eye-catching name, The Naked Director, directed by Masaharu Take.

The story portrays Toru Muranishi (played by Takayuki Yamada), a former salesman for English textbooks, who after a series of personal and professional disappointments, decides to turn his life around.

As Muranishi straddles a thin line between the legal and illegal. But as the viewer learns, with his flashy personality and determination to  try new ideas, he manages to create a sizable economic empire.

In short, one could say that the series is just like Toru Muranishi himself: loud and provocative.

The Naked Director series was a success as soon as it was released. And now it’s back for more, with a second season. It’s set to start streaming internationally from June 24.

Season One focused on Toru Muranishi’s previous life, his jump to the world of adult entertainment, his road to success and the friends he made along the way. These included an outrageous young woman who decided to debut in the adult film industry under the name Kaoru Kiroki (played by Misato Morita), and became a huge hit.

The second season is in many ways more introspective. It looks at the era of peak prosperity in the history of the company founded by Muranishi, and the transition that occurs when things go terribly wrong. Among other changes, the young Mariko Nogi takes over as Muranishi’s new muse, introducing a very different type of character compared to Kaoru Kiroki.

Mariko is played by Yuri Tsunematsu. JAPAN Forward sat down for an interview with this 22-year old actress to hear her perspective on the best points in the new series, and her message to international fans.

What was your first reaction when you received the offer to play the part of Mariko Nogi?

What normally happens is that you get the script and decide if you want the part. I received the script with the part of Mariko Nogi, and when I read it I had not yet seen Season One of the series. I remember thinking “Oh, Muranishi’s life is so interesting!”

The script depicts the life of a person [Muranishi] who is constantly on the move, who tries to go as far as he can. I thought that the script had a lot of appeal, and its strength and power left a deep impression on me.


The theme of the story has quite a lot of taboos, being about the adult film industry. Did that make you uneasy?

Of course, and I thought about it. Because there is a love scene, I thought to myself that this might have an impact on my life going forward.

There were other times in the past in which there was the possibility of filming a love scene. And at those times, whenever I consulted my parents about the possibility, they had always supported me. They both believe in art, and see acting as a form of art, and therefore have always encouraged me to challenge myself. This time as well, I consulted with my parents and they encouraged me to accept the part.

I have thought to myself: “If in the future I have kids, then what happens if they are bullied in school?”

With social networks being so dominant, it’s a time when information is accessible to everyone, and I wouldn’t want to hurt anyone dear to me with my actions.

However, at the end of the day, this TV series has some very artful aspects to it. In addition, during COVID-19, it’s a period when [actors] really don’t know if we’ll be able to do the job that we love tomorrow. I thought that if I didn’t take this part, I would really regret it later. That’s why I accepted the role.

Could you tell us about your part? What is your character like?

Mariko Nogi is a feminine and determined woman. while also having some of the kawaii and endearing aspects of a young girl. But at the same time, she has aspirations. She hides a fiery resolve inside her.

While acting, I was trying to balance these two conflicting aspects. Director Masaharu Take advised me to give some thought to a film called All About Eve (1950). The basic plot is that there is an actress, and there is a supporting actress, but the latter ends up taking over the role of the former. Because the part of Mariko Nogi reflects a little of that atmosphere, the director wanted me to express that during my performance.

So while I am acting, I would think about how to express the feelings of the character. Should I show ambition, as if I was plotting something? I would often consult with the director about how far to go to portray the passion of a woman who wants to succeed.


What differences are there from Season One?

I think it’s very different. Season One looks at the life of Muranishi in its first stage ー the uphill part, if you will. Muranishi has many friends, and the role of Kuroki [the leading female role in Season One] is more of a peer relationship as two people climb together towards success.

But the second season looks instead at the years when things go downhill, until [Muranishi] reaches rock bottom, metaphorically speaking. Then, the story shifts to talking about how he recovered from hitting that rock bottom, and about finding the strength to get up and try again. The second season really exudes vitality.

This is the context for the role I play, Mariko. She’s a woman who continues loving and supporting Muranishi, even when he is at his lowest point, when he is left alone. The fact that it was possible to show a different perspective was really good.

Do you have a message for international fans?

Thanks to this series, I think there will be many people who see me for the first time, and for that I am very grateful. I’m just happy that I was able to participate in this series, really.

The theme of the series, the history of the adult video industry, reflects a part of Japanese culture on some level, and I think many people will be interested in it as a culture which is different from their own.

But the series is so much more than just about passion and desire. It looks at an era of economic crisis [in the 1990s]. In terms of style and fashion, it’s also very interesting. Nowadays, the natural look is quite popular, but the hairstyle, the fashion, and the make-up of the 1980s is really beautiful, I think it’s really fascinating. I hope that many people will enjoy these aspects as well!