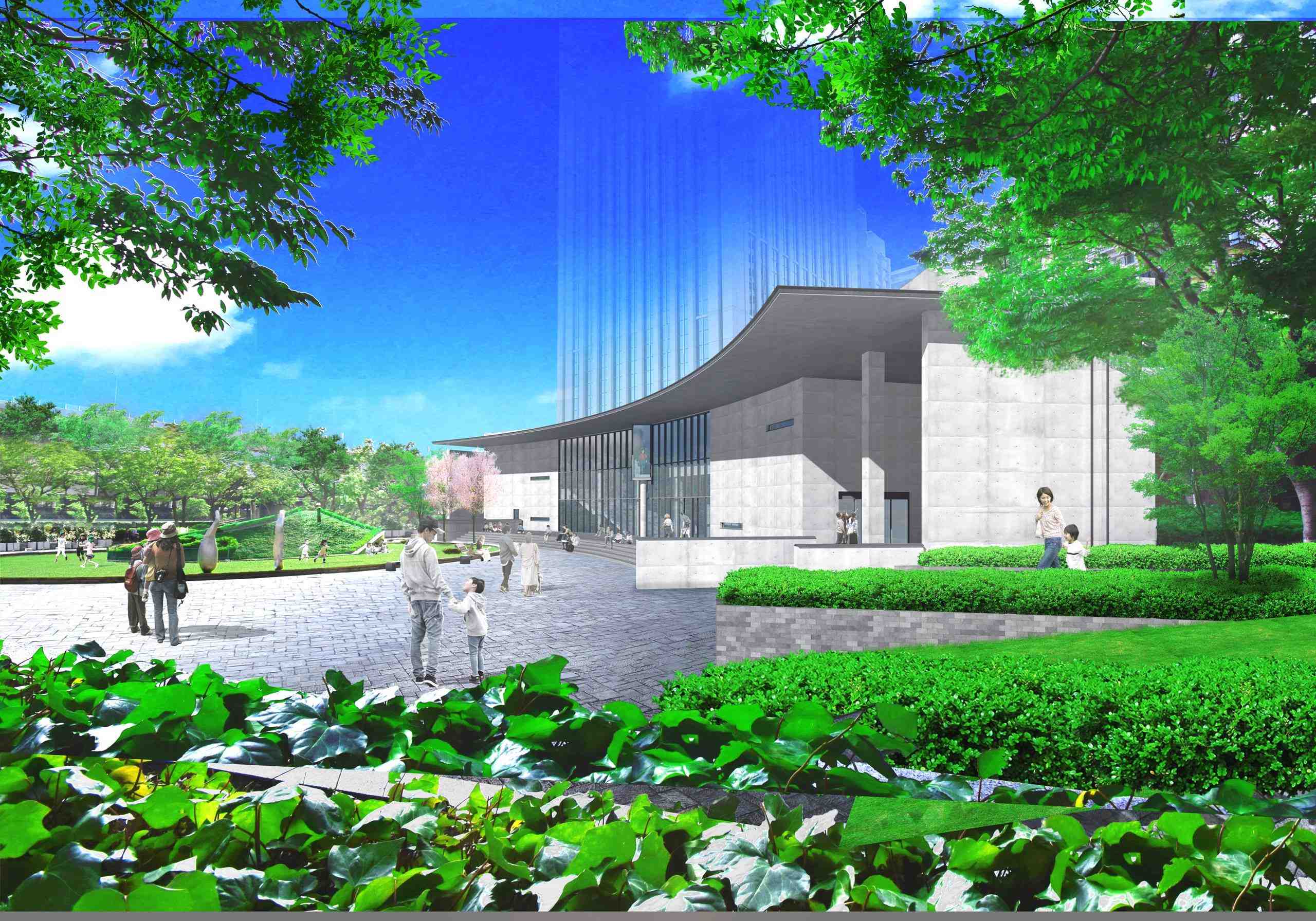 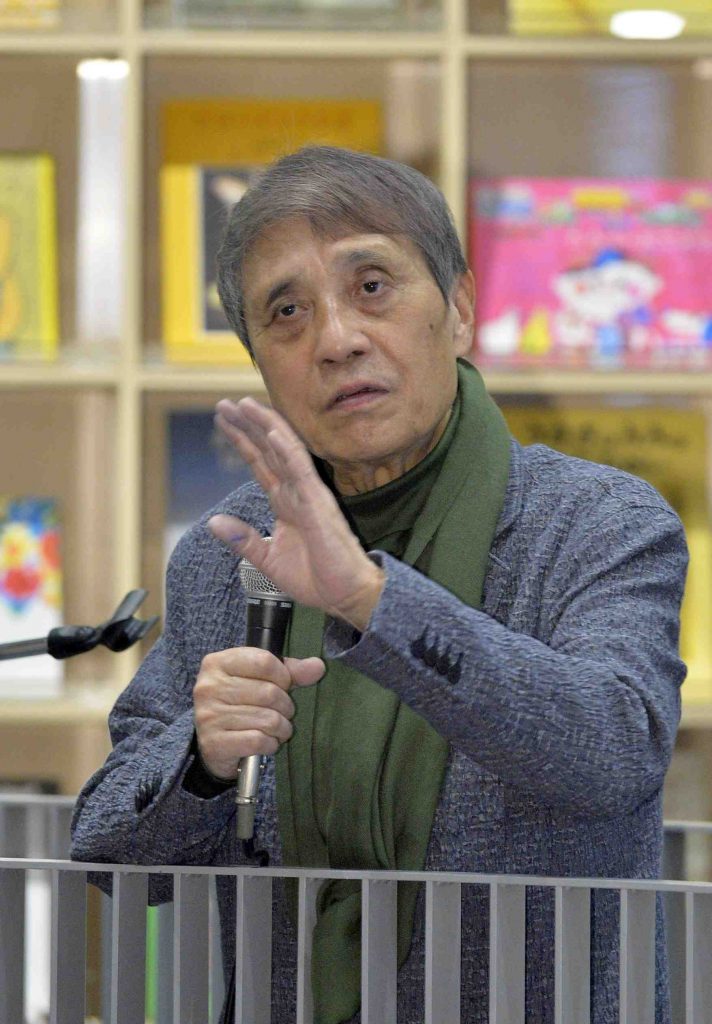 Half a year has passed since the outbreak of the new coronavirus pandemic. When looking around the world from developed countries to developing countries, it is clear that the fury of the virus is still far from settling down. But in any case, along with the countries that have survived the first wave, Japan too is cautiously regaining daily life.

Not only is there the direct fear of a life-threatening virus. There is also the chain reaction of secondary and tertiary effects. Included are the restrictions on the movement of people and goods to prevent the spread of infection, which in turn causes the interruption of economic activity.

This is what has induced such a terrible corona calamity. It is really quite ironic that globalism, which has led the modern society by connecting the world, has become a catalyst for spreading infections. This ultimately led to the severing of worldwide connections.

When looking domestically, the tourism industry has received a devastating blow due to the sharp decline of inbound tourism. Furthermore, the manufacturing industry, which has had its supply chain cut off, remains completely helpless. The recession is decisive and the employment situation is also in the worst state possible.

Counting on survival, Japanese companies have competitively implemented teleworking out of the need for controlling the spread of infections. “Taking the situation as an opportunity,” companies are focusing energy on promoting the digitization of operations that have fallen behind the rest of the world.

Even at my office, which works on the relatively analog task of architectural design, meetings are now held online regardless of whether they are domestic or overseas meetings. However, because there is physical and psychological distance, a sense of presence is lacking. It also cannot be used in important situations where business negotiations ought to be conducted while observing the other party’s responses.

I don’t think it is all-purpose, but it is efficient for team-oriented exchanges that allows for sharing values and directions. It is expected that a new way of working will change people’s consciousness and the overconcentration of population and industry in Tokyo, which until now had shown no signs of slowing. This is anticipated to lead to the first step in regional development.

It can be said that this makes sense as a “post corona” growth strategy for corporations. However, where is this growth heading? Is there truly a certain future beyond the V-shaped recovery that has been advanced as the main goal? 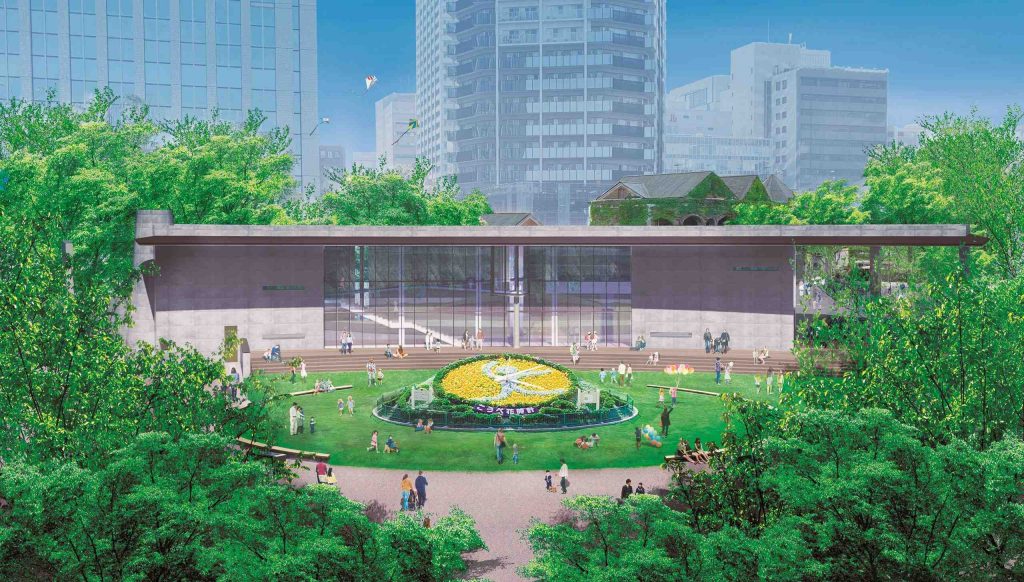 There are issues such as the devastation of the modern world that have once again re-emerged amid the pandemic. There is also the rampancy of nation-first principles far removed from the international cooperation sought in the event of a crisis. And the economic disparity as though success in life is determined by the possession of money or lack thereof.

Additionally, there is the unemployment linked to economic disparity, and extremely outrageous racial discrimination. These are all issues that have been discussed for a very long time. This situation, regarded as “divisive”, has always cast a dark shadow on people’s spirits. Now it has exploded under the stresses of the coronavirus calamity.

In Japan as well, despairing news has spread, including cases of domestic violence during periods of self-quarantine, circulation of misinformation in communities about infected patients and their families, and slander towards medical staff who we should be thanking the most.

It is often called, “the post corona world,” but ultimately, the essence of the problem is the collapse of the social structure itself, the main driver of the world today. It is the rapid progress of information technology that makes it possible to achieve this structure, a global capitalism with the highest efficiency. As many experts have pointed out, the changes brought about by this technological reform will be drastic, rivaling the Industrial Revolution that shook the world in the 19th century. No one can foresee what kind of a society will come out of it.

It is difficult to overcome such stormy seas with short-sighted ideas of pursuing immediate profits. An unshakeable, thoroughly scrutinized vision goes back to the roots, asking, “what is happiness for humanity?” and “what should the world be like?”

To achieve this new reality, strong leadership is needed that is willing to stand on the frontlines, make decisions, and guide people through by their own words. 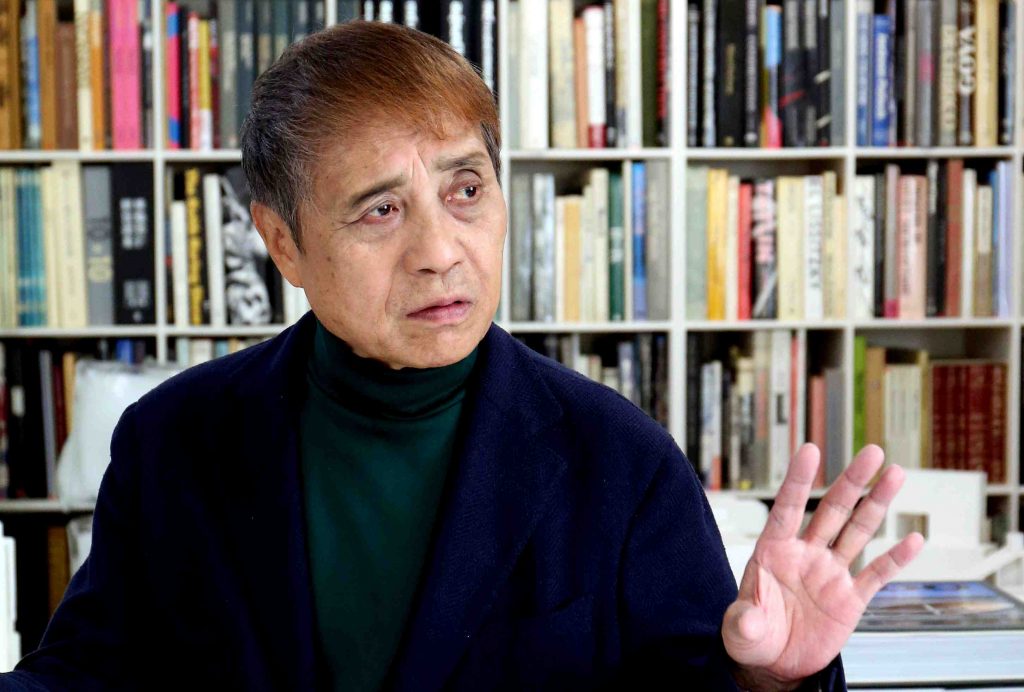 Fostering Humanity to Open Up the Next Era

We cannot expect much from the current state of Japan’s politics that merely gets swept away this way and that way, in whatever direction in the face of invisible threats. Both politicians and citizens have spent a period of time in idleness, dragging along the illusion of the postwar reconstruction era, which is what we are currently running up on tab. Right now, there is no choice but to merely hold out, each of us moving forward by our own two feet.

Even so, it is unreasonable to have the next generation of children pick up the tab. At the very least, I would like to give them the opportunity to cultivate the ability to boldly survive in this uncertain world.

It is necessary to reform the organizational system that is being discussed nowadays, such as the introduction of online educational tools, and curricula that match systems overseas. But I don’t believe that this is the most essential discussion that needs to take place.

What ought to be considered is the creation of an environment that fosters the power of humanity to open up the next era. It is the creation of opportunities for children to have encounters with various matters and individuals, and develop their personal values, and the determination to live. I want to fulfill this by having families and schools, along with the local community and government come together as one. 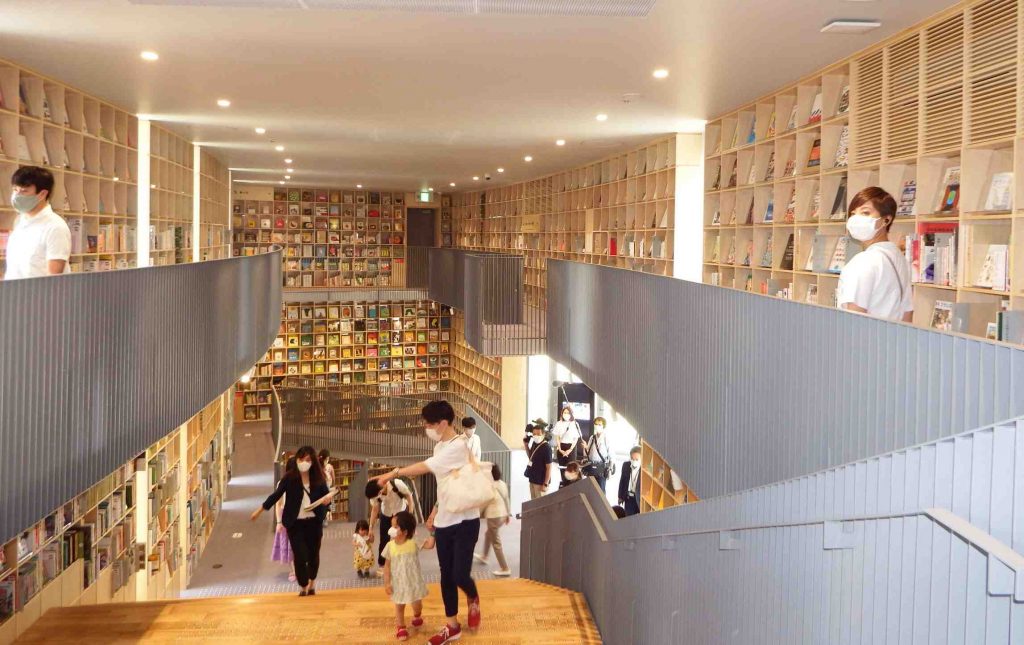 The Nakanoshima Children’s Book Forest opened on July 5 originated from such an idea. [The facility, with a collection of about 18,000 books, was designed by Mr. Ando and donated to Osaka City. It is co-managed by prominent figures from various fields.]

It was born in a corner of Nakanoshima, Osaka as a “facility for children to discover books, enjoy books, and learn from books.” The entire building is a reading room for children. If a child discovers a book that sparks their interest, they can start reading it on the stairs or anywhere they would like. They can also go outside and crack open a book on the waterfront terrace that overlooks the Doujima River.

Fortunately, around the time the building was completed, the creation of a pedestrian zone for the front road was decided. The Book Forest spreads out from the building, across the entire Nakanoshima Park area.

Preparation of the book collection and operating funds were gathered by the initiative of Osaka City’s community members, both as individuals and as companies. Many cultural figures, among them the honorary director Shinya Yamanaka (Director, Center for iPS Cell Research and Application, Kyoto University), have provided deeply appreciated support, including the donation of books that influenced his direction from childhood. The Book Forest comes together through the interaction of the individual spheres derived from each person’s efforts.

It does not mean that one library can institute change by itself. However, to sprinkle the city with public spaces that stand close to people’s lives as a social infrastructure, rather than for one’s purely visual gratification, is surely the true meaning of building a nation’s tenacity. Is this not the most definite provision for the future?

Currently, the same initiative is being advanced in Kobe. And through fateful connection, also in Tono City, Iwate Prefecture.

I believe that the sparkle in the eyes of children full of lifeis the essence of hope for the world. 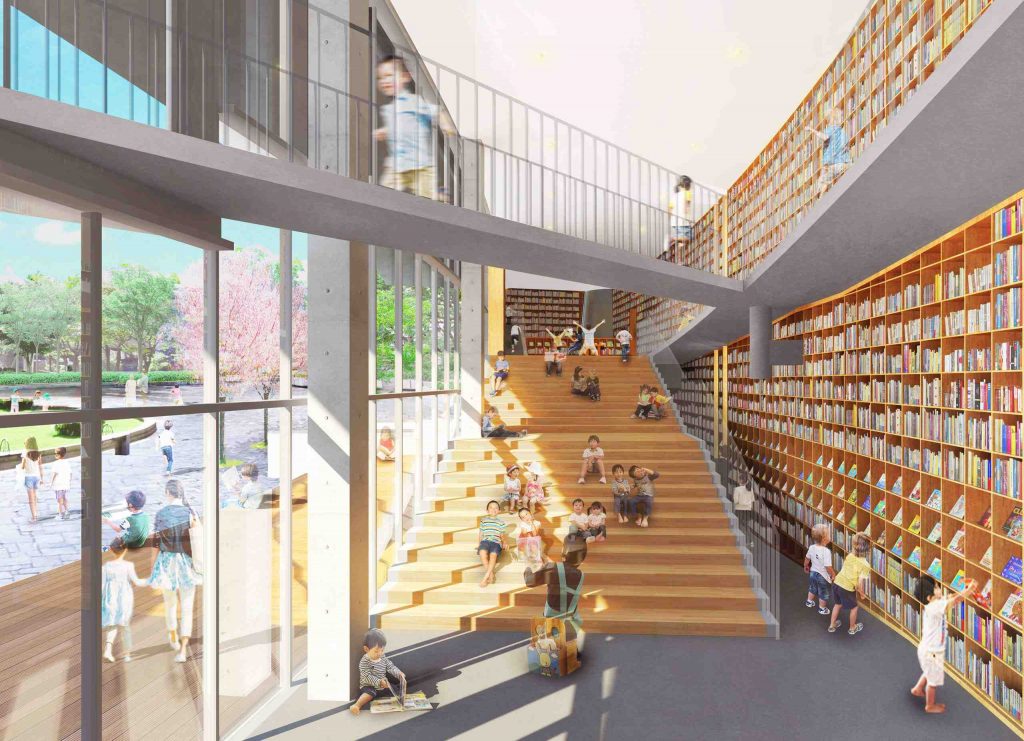 Born in 1941, Osaka Prefecture. Ando self-taught himself architecture by interacting with artists from the Gutai Art Association and travelling both domestically and internationally. In 1979, he received the Architectural Institute of Japan (AIJ) Prize for his masterpiece, Row House in Sumiyoshi. In 1995, he received the Pritzker Architecture Prize, and in 2010, the Order of Culture. He established scholarship funds for orphans of the Great Hanshin and Great East Japan Earthquakes. Among his designs are the Church of Light, the Chichu Art Museum, the Japan Pavilion at the Seville Expo, Rokko Housing I, II, and III, and the Shiba Ryotaro Memorial Hall.

(Read the original article contributed to The Sankei Shimbun here, in Japanese.)

This is a translation of an article contributed by Mr. Ando to The Sankei Shimbun.