Their encounter marked the first time that two Japanese competed in a Grand Slam singles final.

"I still can't believe two Japanese women were in the final of a Grand Slam. I was so excited last night. It's a dream," the 26-year-old from Akashi, Hyogo Prefecture, told reporters in Paris. "I hope at the [Tokyo] Paralympics next year this can happen again." 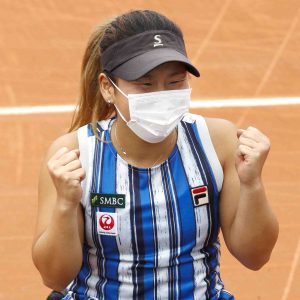 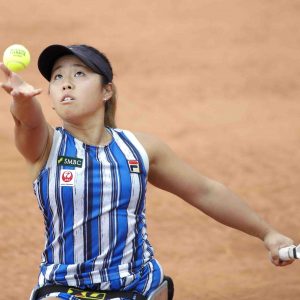 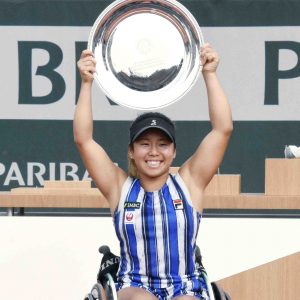 For Kamiji, the victory produced another landmark achievement in her distinguished career after earning French Open titles in 2014, 2017 and 2018, and finishing runner-up to Diede de Groot, the current world No. 1, in last year's final at Roland Garros.

Ohtani, who made her Grand Slam debut at the U.S. Open in September, upset de Groot in the semifinals to book a spot in the title match against her compatriot.

“I was happy with my performance today,” the 35-year-old Ohtani said, according to the International Tennis Federation.

“In Japan we couldn’t practice for two, three months," added the Tochigi Prefecture native, "and when we came back to train we had more time to practice because we had no tournaments. I tried to do new things with my tennis, and also with my wheelchair. I watched videos of my games against other players, and it really worked.” 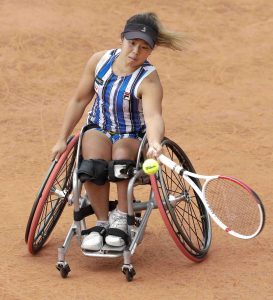 Yui Kamiji is the No. 2 ranked women's singles wheelchair player in the world.

Kamiji delivered a strong, consistent performance en route to victory in 57 minutes over Ohtani, who's ranked 10th in the world.

The finale was a snapshot of Kamiji’s overall effort in the tournament, at which she only lost one set (in the first round). 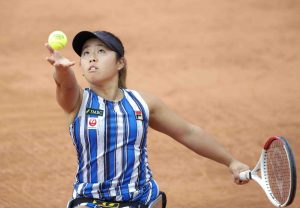 Indeed, it pleased Kamiji, whose success on clay is one of the hallmarks of her career.

After beating Ohtani, Kamiji returned to action in the women's doubles final with partner Jordanne Whiley of Great Britain on Saturday, October 10.

Kamiji and Whiley secured a spot in the title match after ousting Marjolein Buis and Charlotte Famin 6-0, 6-1 in the semifinals.