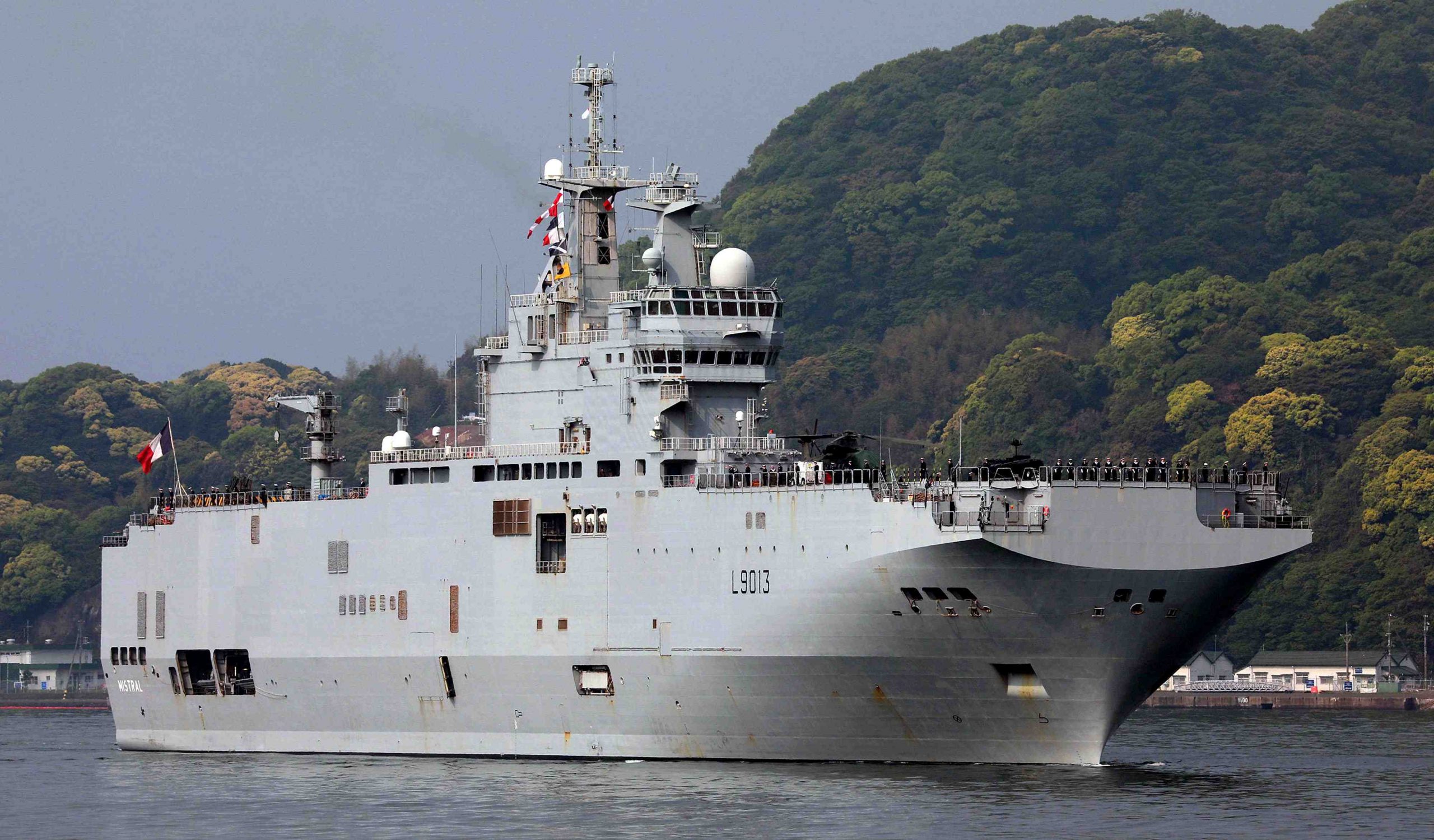 The first of its kind joint amphibious training by Japan’s Self-Defense Force, U.S, and French military forces is planned for May 2021, the Sankei Shimbun learned on December 5, 2020. The upcoming multilateral exercises will incorporate defense and recapture operations of an outlying Japanese island simulating a contingency involving Japan’s remote islands, such as the Senkaku chain, city of Ishigaki, Okinawa Prefecture.

The revelation comes on the heels of a visit by Admiral Pierre Vandier, Chief of the Naval Staff for the Marine Nationale of France, who was in Japan from November 29 to December 1, 2020. The Sankei Shimbun caught up with Admiral Vandier for an exclusive interview during his stay.

The 53-year-old French Navy admiral said that France is poised to strengthen cooperation with the Quad, the cooperative framework of Japan, the U.S., Australia, and India that has arisen in the face of rising threats from China. He also discussed France’s plans to participate in joint military drills with Japan and Quad members in the Indo-Pacific region.

Asked about the Defense Ministry’s apparent caution about China in France’s Indo-Pacific National Defense Strategy made public by in 2019, Admiral Vandier succinctly explained his country’s perspective.

“New Caledonia and French Polynesia [in the South Pacific] are part of French territory, with French troops stationed there. The nations of the Indo-Pacific are our neighbors. The stationing of our troops is for the purpose of securing the presence of France and the safety of our exclusive economic zone in the region.”

He confirmed France’s plan to participate in the May 2021 joint military drills on an uninhabited island in the East China Sea, emphasizing the humanitarian goals.

“There are joint exercises scheduled to be carried out in May 2021 on an uninhabited island. The exercises will mainly be focused on providing humanitarian relief during a natural disaster, but amphibious maneuvers will also take place, with Polynesia-based French troops taking part. It is hoped the drills will enhance France’s presence in the region and convey a message of cooperation between France and Japan.”

He added, “Our message will be targeted at China. It heightens the presence of the multilateral partnership and conveys the message of [the importance of] freedom of navigation and compliance with international law. We are standing together on this with our partners Japan, the United States, Australia and India.”

With the participation of France, a European power, it is hoped the drills will send a message to Beijing demonstrating a strengthened, expanded containment network against China, which has been pushing ahead with heavy-handed maritime advances in the East China and South China Seas, the sources said.

Timed to the exercises, a helicopter-carrying amphibious warship of the French Navy with officer cadets aboard, and a frigate dispatched from the French training fleet Jeanne d’Arc, are scheduled to make their third port call in Japan in May, 2021. In 2015 and 2017, they called at Sasebo Port in Nagasaki Prefecture.

Overall, the plan calls for naval vessels and ground troops from Japan, the United States and France to carry out landing exercises together in May on an uninhabited island in Japan’s southwesterly waters, according to knowledgeable sources.

The participation of French Naval vessels is an expression of France’s intentions to boost cooperation with the Quad. Admiral Vandier acknowledged. “I conveyed to the Japanese defense minister and the Maritime Self-Defense Force chief of staff our willingness to have French forces take part in the Quad drills with Japan, the United States, Australia and India.”

Nor is France alone, according to the admiral, who revealed to The Sankei Shimbun, “Both Britain and Germany have been making efforts to show their presence in the region. France has just reached an agreement with Britain on the concept for the Indo-Pacific region. Recently, Britain’s Chief of Naval Staff talked to me about his country’s plans to dispatch a carrier to this region in 2021.”

The upcoming May port call in Japan would be the third for the French training fleet Jeanne d’Arc. The French vessels participated in their first joint drills within the Japan-U.S.-France framework in 2015. At the time, U.S. and French naval vessels conducted aircraft take-off and landing exercises along with Japan’s Maritime Self-Defense Force (MSDF) in Japanese waters west of Kyushu.

In May 2017, British forces and Japan’s Ground Self-Defense Force (GSDF) joined the MSDF, U.S. and French forces for joint exercises involving the launch and containment of reconnaissance boats in the sea and airspace around Japan.

The joint exercises scheduled for May will include practice takeoff and landings by aircraft, amphibious vehicles and boats on an uninhabited island, simulating providing humanitarian relief during a natural disaster. At the same time, the operations are much the same as for the defense and recapture of remote islands. Most likely joining the drills are an MSDF transport vessel, GSDF’s Amphibious Rapid Deployment Brigade (ARDB) for recapturing remote islands, U.S. Navy warships and Marines, and French warships and ground troops stationed in French Polynesia.

Within the Defense Ministry, however, a view has emerged that it is not necessary to use a remote uninhabited island. Instead, the exercises could be scaled back to center around the GSDF’s Ainoura Station in Nagasaki Prefecture, where the Amphibious Rapid Deployment Brigade and MSDF vessels are based, according to ministry sources.

The Japanese government welcomed Admiral Vandier’s visit and has placed high importance on strengthening security cooperation with the French military. Beyond the upcoming exercises, Tokyo has envisioned a framework of “Five Eyes plus 2,” with Japan and France added to the “Five Eyes” intelligence-sharing network composed of the English-speaking United States, United Kingdom, Australia, Canada and New Zealand.

French forces have taken part in activities to monitor North Korea’s clandestine smuggling operations involving ship-to-ship cargo transfers at sea. Japan has also joined the surveillance activities, in collaboration with the Five Eyes nations, realizing in effect the Five Eyes plus 2 framework, which the Japanese government hopes to see expanded to keep China in check.

(Find access to this article in its original Japanese here and here.)