[Bookmark] Is COVID-19 China’s Attempt to Wage a Silent War? 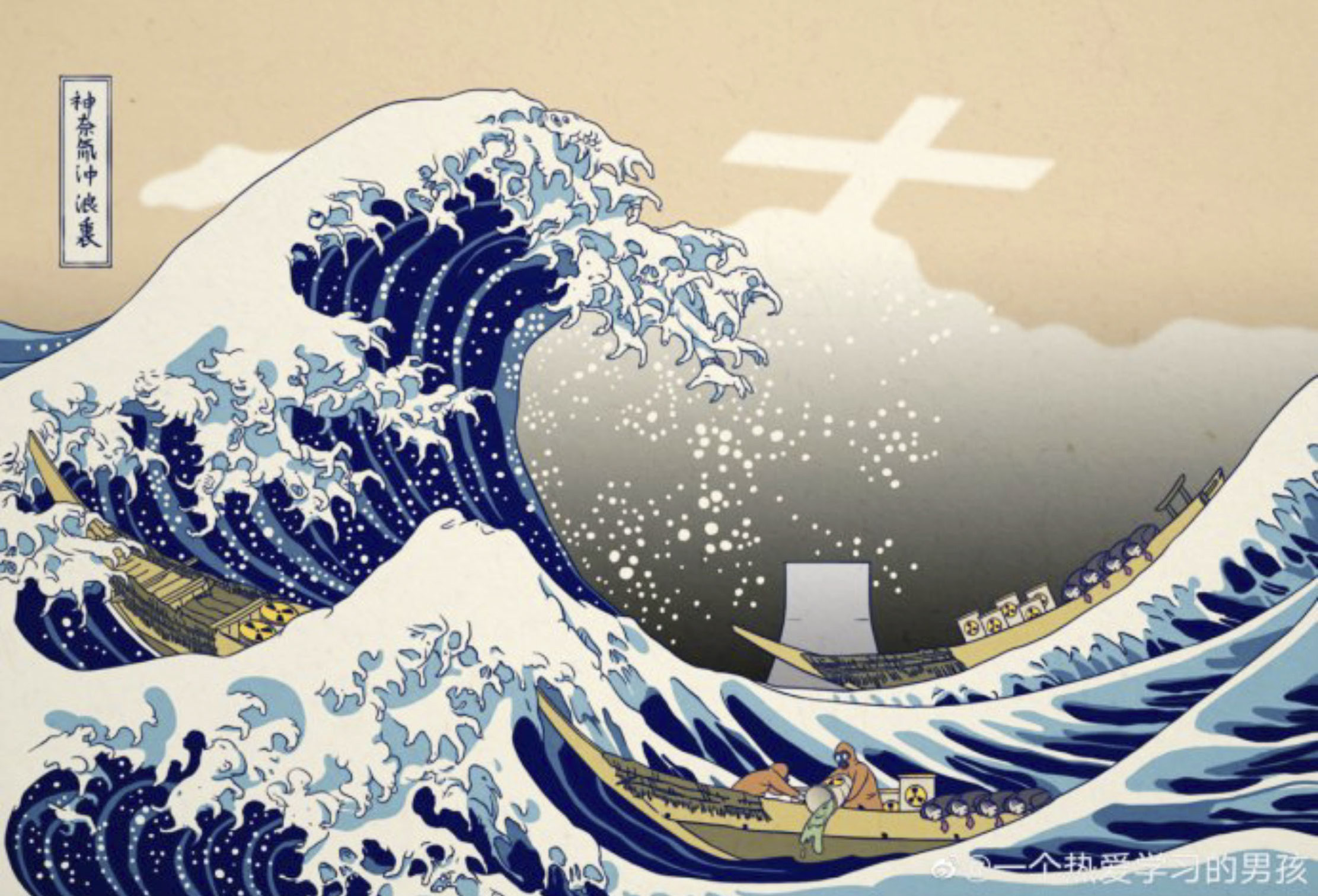 China created and then Tweeted out an immitation of the "Great Wave" by Japanese ukiyo-e artist Hokusai, substituting the Fukushima nuclear plant for Mount Fuji, and other distortions.

Part 2: [Bookmark] ‘Like-minded Nations Must Work Together to Make China Treat Others With Respect’

In this edition of “Indo-Pacific: Behind the Headlines” in The Sunday Guardian, we speak with the award-winning Japanese journalist and strategic expert, Yasuo Naito. Mr Naito is the Editor-in-Chief of JAPAN Forward, and an editor of The Sankei Shimbun. He served as Sankei’s chief correspondent in London and Moscow and was a Fulbright Visiting Fellow at the Institute of Russia and Eurasia Studies, George Washington University.


Has the past year-and-a-half of COVID-19, combined with Chinese aggression, substantially affected Japan’s strategic relationship with any other Indo-Pacific countries? If so, which ones, and in which ways?

Regarding COVID-19, the recent claim by Western scientists that COVID-19 is not a natural virus but an artificial one stands out. Naturally, people are starting to ask who created this kind of monster-virus and why. At this point, there are no clear answers.

In her piece, Chansoria concludes that China has pressed ahead with biological research because biological weapons are the only way that China can defeat the U.S. She does not say that COVID-19 was developed as a biological weapon but that at the same time, we should not rule out this possibility.


Is it possible that COVID-19, which is currently affecting the world, became a reality due to a lab leak from Chinese military research into biological warfare?

There were no shots or missiles. There was no declaration of war. Therefore, people might not regard this as a war. However, many people have died during this pandemic, countries with insufficient vaccine programs are suffering, and developed nations are finding themselves in weaker positions.

In a world following silent biological warfare, the instigating nations will be the quickest to recover, and ultimately lead the new world order. If this is indeed a sci-fi scenario, caused by Chinese military research, then we are now living in a terrifying era.

JAPAN Forward aims to do its utmost to gather information, exclude fake news from China, and present the truth to the world as quickly as we can.

The Chinese Communist Party, which was founded 100 years ago, continues to have the same DNA as before in terms of reaching its targets. On the other hand, Japan—in addition to India, the U.S. and other Western nations—shares values such as freedom, democracy, and human rights. These values are important in terms of strengthening political and economic links in the Indo-Pacific.

How is the Quad developing — what are its strengths and weaknesses, and how can it move forward?

The formation of the Quad (Japan, the U.S., Australia, and India)—which stemmed from a [Prime Minister] Shinzo Abe proposal in 2006—was done with China in mind.

In November 2020, the Australian military took part in a joint exercise with Japan’s Self-Defense Forces, the U.S. military and the Indian military. In March 2021, an online Quad meeting took place at the suggestion of U.S. President Joe Biden.

However, all four nations’ economies are dependent, to various degrees, on China. Some say that it would be impossible to be less dependent on China.

For the Quad to become more substantive and have a stronger framework, I think it comes down to whether or not the four countries can complement each other better in an economic sense.


What is going on now in the East China Sea that should be getting more coverage internationally? How do Japanese policymakers see Taiwan?

In the East China Sea, China has sent its coast guard ships to the area around the Senkaku Islands (Okinawa Prefecture), repeatedly entering Japanese waters. On February 1, China enacted a new law enabling its ships to use weapons against foreign boats deemed to be in Chinese waters.

China is ignoring international rules and is trying to capture the Senkaku Islands. It is looking towards Taiwan in a similar manner. If China does take the Senkaku Islands and Taiwan, Japan will lose its dignity as a country. Such an act would also adversely affect global democracy and human rights issues. The future of the world could be dark.

Until now, Japan has avoided trying to provoke China. Yet this stance doesn’t get through to China. Japan now stands at a crucial crossroads: lose the Senkaku Islands or show its strength as a nation and defend its territory fiercely.

After World War II, Japan lost the Northern Territories to Russia (Soviet Union) and Takeshima to South Korea. Japan must not lose the Senkaku Islands too.

Japan must strengthen its own Self-Defense Forces and work effectively with the Quad and European countries to bolster security. Now is the time.

JAPAN Forward aims to keep providing information to the world about the tense situation in the Senkaku Islands, as well as discussions in Japan about China’s stance.


Is there an information war being waged by China against Japan?

China’s information war against Japan has been continuing for decades.

In April 2021, China maintained this war through its reaction to Japan’s decision to release treated water from the Fukushima Daiichi nuclear power plant into the ocean.

Around the same time, fake information on Japan was spread across the WeChat messaging app. Messages such as “fish caught in Japanese waters contain high levels of radiation,” “Chinese tourists who ate Japanese food have come down with a strange illness which could be very harmful to your health,” and “you must not eat Japanese seafood or food.”

Moreover, this information was extracted from an Food and Drug Administration import ban recommendation in the wake of the 3/11 nuclear disaster. Therefore, at first glance, it looks as though the U.S. has recently tightened its policy on Japanese food imports.

These messages were sent in Chinese. This was probably done to get Chinese people both in China and overseas to stop buying Japanese food, and to spread anti-Japanese sentiment.

What is the relationship between the governments in Seoul and Beijing, and how does that affect Japan?

Moon said it was a shame he couldn’t have a summit with Prime Minister Yoshihide Suga — but the lack of a meeting indicates how frosty Japan-South Korean relations have become. The main reasons behind the frosty relationship are South Korea and the Moon administration’s anti-Japanese historical views and the distortion of historical truth concerning issues such as comfort women and wartime labor.

On top of that, the Japanese government and many Japanese people are fed up with South Korea still asking for apologies and compensation from Japan, more than 75 years after the end of World War II.

Given that South Korea’s relations with Japan and the U.S. are not going well, its main option — in terms of international relations — becomes China. Which is why Seoul and Beijing have been deepening their ties. But what will this mean for security in East Asia? Japan and the U.S. will need to think very seriously about this matter.

This article was first published by the English language internet news site, The Sunday Guardian Live, at this link, on June 19, 2021.

Author: Cleo Paskal
Cleo Paskal is Non-Resident Senior Fellow for the Indo-Pacific at the Foundation for Defense of Democracies and Special Correspondent for The Sunday Guardian.