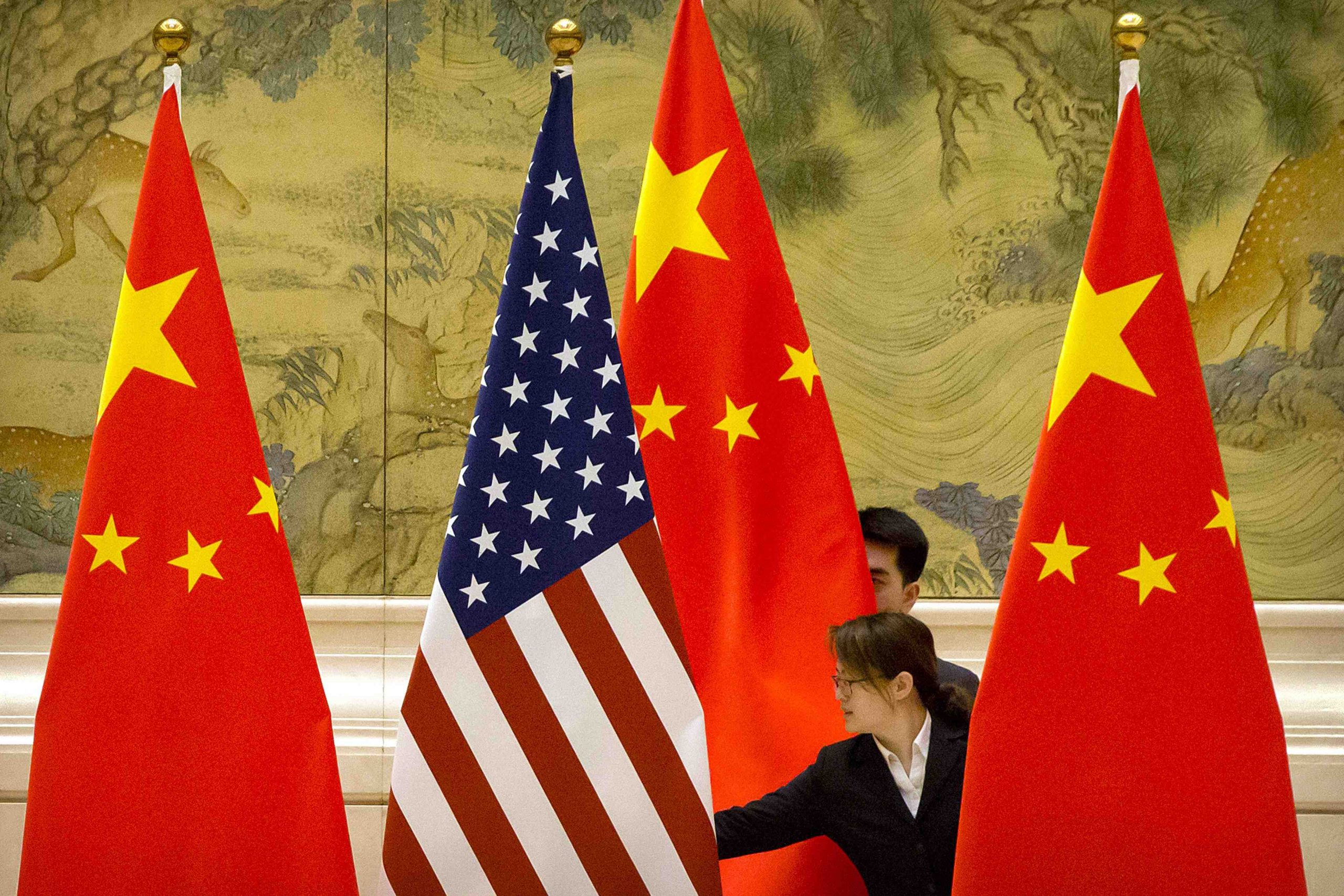 In this edition of Indo-Pacific: Behind the Headlines, we speak with David R. Stilwell, the U.S. Assistant Secretary of State for the Bureau of East Asian and Pacific Affairs from June 2019 to early 2021. Before that, he served in the Air Force for 35 years, rising to the rank of Brigadier General and acting as the Asia advisor to the Chairman of the Joint Chiefs. He also flew fighter jets and was Director of the China Strategic Focus Group at U.S. Indo-Pacific Command from 2017 to 2019. He served across the Indo-Pacific, including as Defense Attaché in Beijing, and speaks Korean, Mandarin and some Japanese.

Some say the Trump Administration approach to China was too transactional. How would you respond?

While waiting for confirmation, I had 14 months to think about what I wanted to do as Assistant Secretary of State for East Asia and Pacific Affairs (EAP). As I rewound my experience in China as the Defense Attaché (DATT), more than anything I wanted to speak to the Chinese Communist Party (CCP) in a language they understand. I had gone to Beijing during the “Ardent Suitor” period of the military-to-military relationship and had tried to woo my Chinese counterpart into cooperating, to no avail.

We kept trying to cooperate but they’ve been competing all along. It didn’t take long for me to recognize that the “Engage, Bind, Balance” strategy wouldn’t work because the first two required the PRC to play along and it wasn’t interested. So, I decided to focus on “Balance” or, in terms every diplomat understands, “Reciprocity”. You kick me in the knee, I punch you in the face.

I’ll let others assess the effectiveness of our efforts to force China to address long-term irritants in the relationship. But as far as letting them know we were serious, Beijing’s shrill responses to EAP’s diplomatic and media reciprocity programs told me we were succeeding.

Our objective was to reduce China’s access in the U.S. to the level that our diplomats and media suffer within China. We would show them we were willing to match the restrictions they placed on our people until they felt the loss of access. Once they were willing to increase diplomatic and media access in China, we would reciprocate. The goal was to fix the imbalance which increasingly worked in Beijing’s favor and against our interests. If some want to cast that as “transactional” (why that’s a pejorative, I don’t know), fine. It could equally be called “fairness”.

What are some examples of China’s failure to live up to its reciprocity commitments and why does it matter?

When I got to Beijing, I was shocked to learn that I had no way to directly contact my counterpart in China’s Defense Ministry’s Foreign Affairs Office. My only communication channel was a fax number.

When I learned that the Chinese DATT in DC had every DoD phone number and called the Pentagon and INDOPACOM at will — and Americans were only too eager to answer the phone — I asked him how that was fair. In attaché school we learned that your only weapon is reciprocal treatment — this is the basis of diplomacy.

“Why don’t you give me the same ability to contact my PLA counterparts?” I asked. “Because that’s not our system,” he said cynically.

So I decided to try to fix that, at least as much as I could from my position at the State Department.

A recent example is of interest. U.S. Secretary of Defense (SecDef) Lloyd Austin was recently rebuffed when he attempted to engage his counterpart on the Defense Telephone Link (DTL).

The DTL has been around for a long time, but every time we tried to get the PLA (People’s Liberation Army) to understand why immediate contact was necessary to prevent small issues from becoming major crises, they’d call it “Cold War Thinking”. They hated being compared to the Soviets because that would justify our girding up for competition.

They used that Cold War Thinking line to dissuade us from competing seriously; with the best of intentions the U.S. government has been trying to cooperate, but all the while China has been actively competing. This is why the PRC is loath to use the DTL as it’s intended—to do so would validate our assertion that the bilateral relationship is like that during the Cold War: competitive.

The second thing to consider about the SecDef call is Beijing’s habit of always naming counterparts one or two layers below ours. I tried for years to make the PLA admit that SecDef’s rightful counterpart in terms of his relationship to the head of state is a Central Military Commission Vice Chairman, not the Minister of Defense (MinDef). Same goes for the Secretary of State (SecState) counterpart. The Minister of Foreign Affairs (Wang Yi) does not have the same access to Xi Jinping that Mike Pompeo had with President Trump; so we always met with senior official Yang Jiechi, SecState’s true counterpart.

The U.S. SecDef’s logical counterpart is China’s Central Military Commission senior Vice Chairman, PLA Air Force General Xu Qiliang. When there’s a crisis, having Secretary Austin talk to MinDef Wei Fenghe would waste precious time — General Wei is not a decision maker. SecDef needs to have a relationship with his true counterpart. The failed DTL call highlighted this, along with Beijing’s resistance to that idea.

How has Beijing responded to America’s insistence on reciprocity?

It’s pretty clear they decided to hold their breath and hope for a better deal with the next Administration. In the meantime, they showed how unprepared they were to deal with a muscular and competitive American foreign policy machine.

For years I’ve heard people admire Beijing’s strategic perspective and rapid decision-making — South China Sea island building campaign, for instance. Although those characterizations may be true in some cases, on individual issues they are far less capable of rapid strategic decision-making than the American bureaucracy because General Secretary Xi has made himself the head of every leading small group. Every significant decision — and anything related to the U.S. is significant — must go through Xi Jinping. This sets Beijing up for classic bureaucratic gridlock.

My point is this — for too long the U.S. approach to China was passive and reactive. China executed its strategy, and the U.S. reacted. They looked strategic and decisive, and we were always shooting behind the target.

But when we took positive steps to bring balance to the relationship, the myth of elegance or rapidity fell apart. The best they could do was try to reciprocate, lamely.

When we closed the Houston consulate, they closed our Chengdu consulate. We closed Houston because Chinese espionage activity far exceeded their role as a diplomatic outpost — recall the bonfires in the Houston Consulate’s courtyard as they tried to destroy all their secret documents. Beijing never provided justification for closing Chengdu — all their system could come up with was a tit-for-tat response.

The same was true when we’d call them out in the media; their response was a weak “yeah, well you’re one too”. This more active approach allows liberal democracies to leverage a key strength — the trust that enables us to pursue many lines of effort at the same time.

What are ways we can get China to recognize the need for reciprocity and provide it?

The solution is burden-sharing—multilateralize any response. Despite the unhelpful narrative by some American pundits that the Trump Administration abused relationships with allies and partners, I thought we worked with like-mindeds quite well. At the top of every monthly planner on my desk I wrote the word MULTILATERALIZE to remind myself that any action we take on Beijing was exponentially more effective if we had a chorus of nations saying the same thing. And they would gladly join us… if we would just involve them in the process.

Nothing demonstrates this better than the Quad. Beijing screams “containment!” (a Cold War concept) when the Quad would coordinate actions, but you never heard anyone critique the utility of coordinating with India, Australia and Japan to protect Quad interests in the Indian Ocean or to secure downstream water rights in ASEAN, particularly since most of India’s water originates on the Tibetan plateau as well.

Getting Beijing to treat others with the respect it expects for itself is best accomplished by coordinating with like-minded nations, and to be seen working together to demand the same. Whether it’s reciprocal trade arrangements that provide true “mutual benefit” and “win-win” (to quote Xi), or reciprocal media access which helps us understand what’s really happening in China (something the CCP isn’t eager to allow — what are they hiding in Xinjiang and Wuhan?), we need to work with India, Japan, Australia, Korea, Europe and others to force Beijing to treat us all the way Beijing wants to be treated.

This article was first published by the English language internet news site, The Sunday Guardian Live, at this link, on May 29, 2021.

Author: Cleo Paskal
Cleo Paskal is Non-Resident Senior Fellow for the Indo-Pacific at the Foundation for Defense of Democracies and Special Correspondent for The Sunday Guardian.