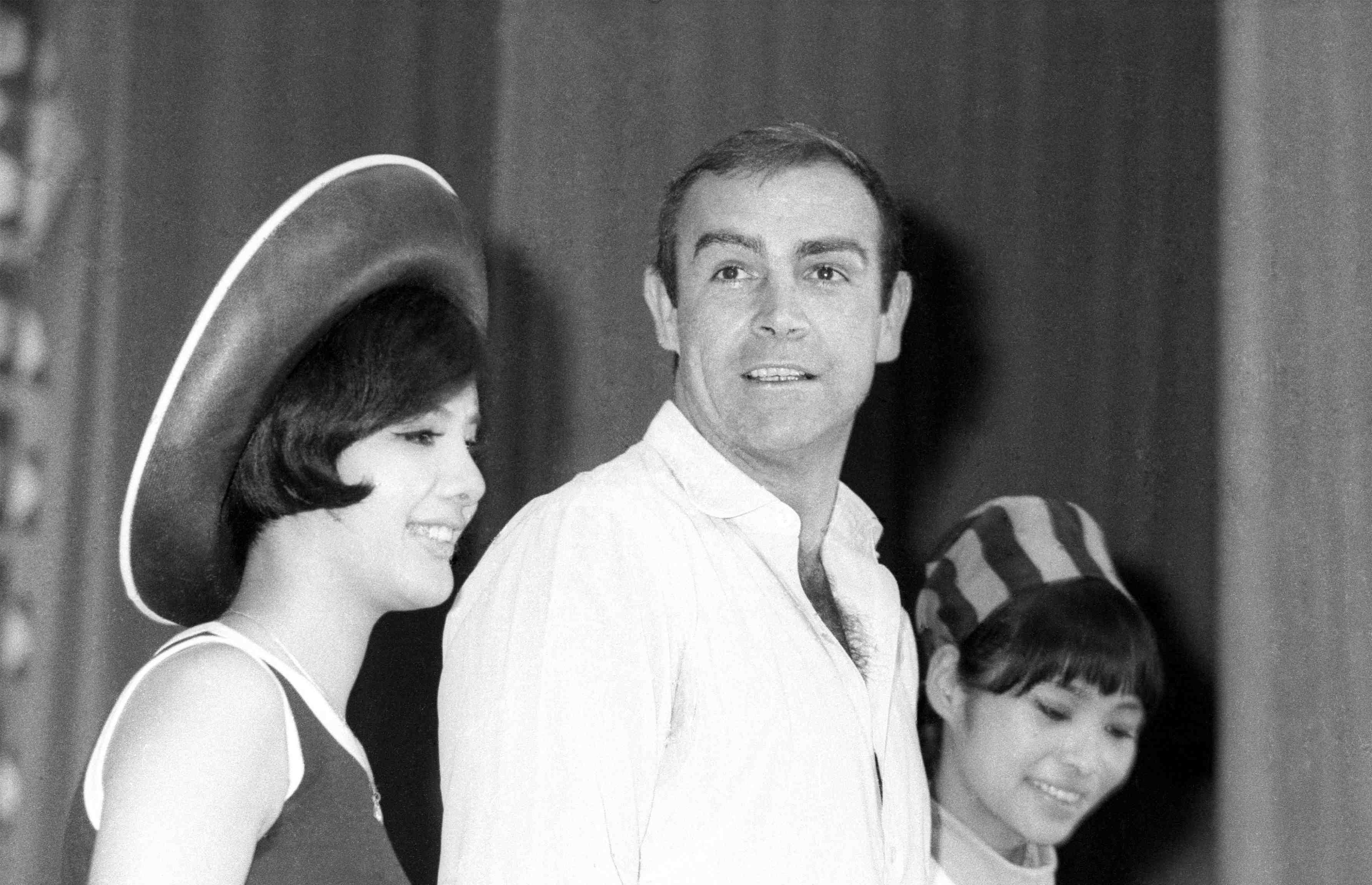 Bookmark is a JAPAN Forward feature that gives you long and different types of reads for the weekend. Each edition introduces one overarching thought that branches off to a wide variety of themes. Our hope is for readers to find new depths and perspectives to explore and enjoy. 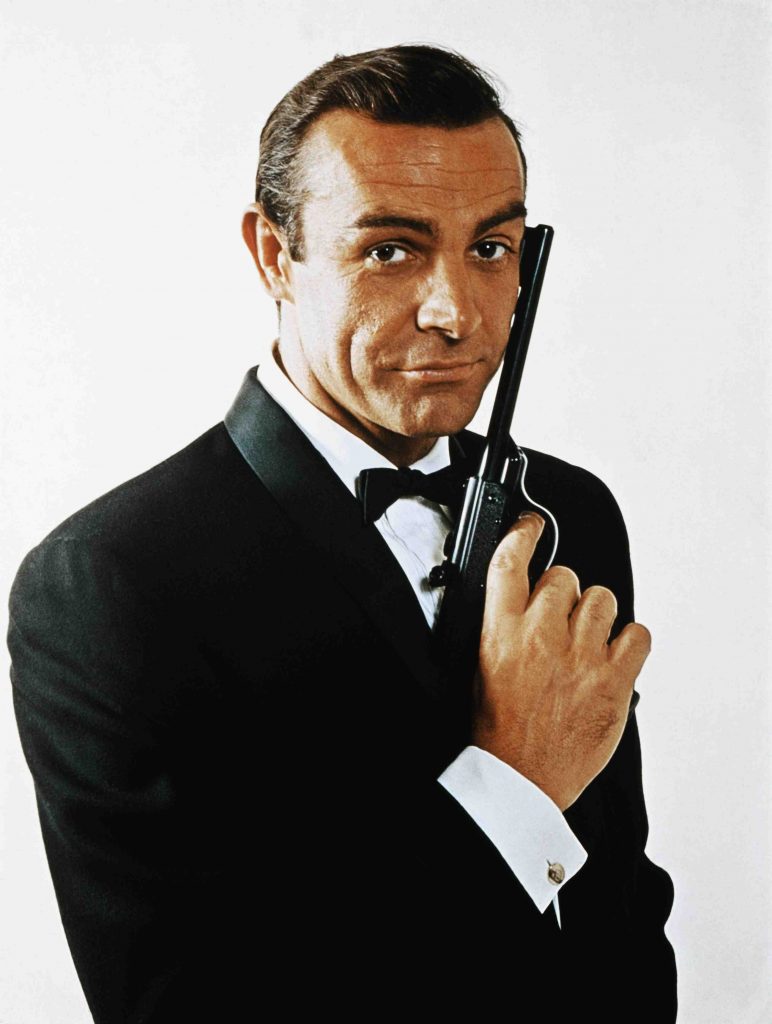 ~You only live twice, or so it seems
One life for yourself, and one for your dreams~

From the theme song of “You Only Live Twice.”

Sean Connery, who passed away in late October, inhabited the role of James Bond in a way that none of his successors could match. From the very first shot of him in the very first Bond film, Dr. No, at a casino table with a cigarette draped from his mouth, he exuded an ironic cool that contained a core of menace.

That was helped by the fact that Connery was a hard nut in real life. The son of a truck-driver and a cleaner, he had worked as a bricklayer and bouncer. In his pre-Bond years, he punched out Johnny Stompanato, the gangster boyfriend of Hollywood star Lana Turner, who was making trouble on a movie set. For the Bond films, the tattoos that Connery had acquired in the Navy – “Scotland Forever” and “Mum and Dad”  – had to be concealed. 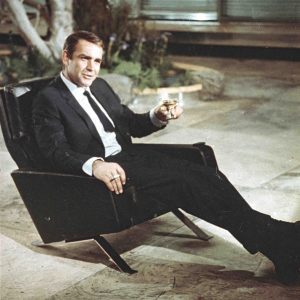 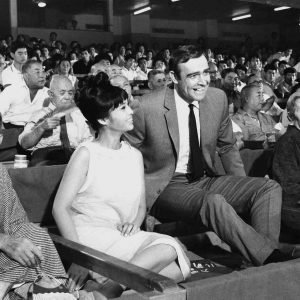 Actor Sean Connery during filming of “You Only Live Twice,” on location in Tokyo, Japan.

Connery had the same animal magnetism as Toshiro Mifune in the films of Akira Kurosawa’s golden era. And just as Mifune’s alpha male credentials were affirmed by facial hair in the samurai films, so Connery’s were established by his plentiful chest hair – a source of particular interest to Japanese women, according to Tiger Tanaka, head of the Japanese secret service.

Tiger: You know what it is about you that fascinates them, don’t you? It’s the hair on your chest. Japanese men all have beautiful bare skin.

For the film version of You Only Live Twice, Connery and the rest of the production team arrived in Japan in July 1966, just a few weeks after The Beatles had completed their series of concerts at the Budokan. Connery stayed at the Tokyo Hilton, now the Capitol Hotel Tokyu, in room 1007.

Unusually for the globe-trotting Bond series, almost all the film’s action takes place in one country – Japan. Several of the scenic backdrops used are little changed today.

Examples are the New Otani Hotel, which does service as the HQ of the nefarious Osato Chemicals; the neon drenched area of Ginza 5-chome where Bond locates a sumo hall and receives a ticket from Grand Champion Sadanoyama; Nakano-shimbashi metro station, where Tiger Tanaka takes the train that doubles as his mobile office. 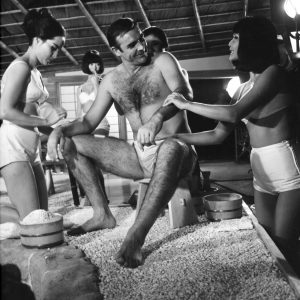 Sept. 26, 1966, Sean Connery, being given a Japanese bath, during filming of a scene in the James Bond film, You Only Live Twice (AP Photo/Sidney Smart, FILE) 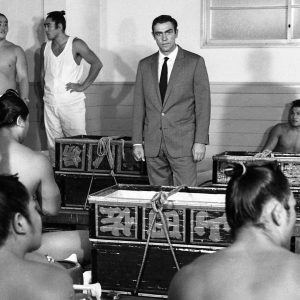 Just twenty years on from the end of the Second World War, the film presents an early version of “Cool Japan,” as exemplified by Tiger’s video monitors, leading edge for their time, and the six-cylinder Toyota 2000GT fastback, a harbinger of the Japanese prowess in auto manufacturing which would sweep the world in decades to come.

In Ian Fleming’s original novel, Tiger Tanaka, based on Asahi Shimbun reporter Torao (“Tiger Man”) Saito, was a scary ex-kamikaze pilot who voiced Fleming’s own highly reactionary opinions about race and American decadence. The Tiger of the film – played by Tetsuro Tanba – was totally different, a man of the swinging sixties, debonair, witty and sexy. 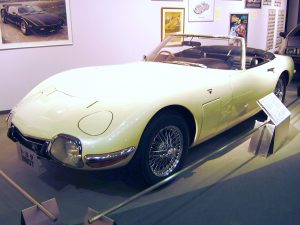 This is TOYOTA 2000GT Bond vehicles in the museum of Toyota of Aichi Prefecture in Japan. (Toyota Museum and Wikimedia Commons)

Just as the film presents Japan as a mirror image of sixties Britain, eccentrically traditional yet exciting and forward-looking, so it presents Tiger Tanaka as a smooth-chested mirror image of James Bond.

Tiger: You like Japanese saké, Mr. Bond? Or would you prefer a vodka martini?

Bond: No, no, I like saké. Especially when it’s served at the right temperature, 98.4 degrees, as this is.

Tiger: For a European, you are exceptionally cultivated.

It is a relationship of equals. Tanaka becomes Bond’s mentor in things Japanese, providing him with girlfriends and saving his life at the film’s climax.

The “bromance” between the two reflects the friendly relations between the two island nations who had been firm allies in the first two decades of the twentieth century. Not for nothing is the code phrase they use for identification “I love you.”  That’s also the message that the film directs at Japan. 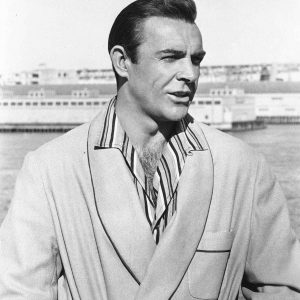 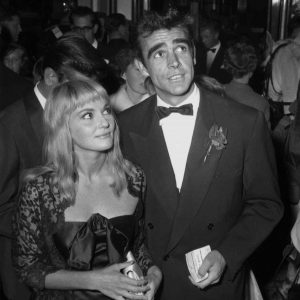 The villain of the piece, the cat-stroking Blofeld, is of Greek-Polish origin. Helga Brandt, who both tortures and seduces Bond (“Oh, the things I do for England…”) is German, as she confirms by yelling “Nein” as she disappears into the piranha pool. With the exception of businessman Osato, the film contains no Japanese bad guys of note.

In Fleming’s novel, Bond loses his memory while completing his mission and stays on at Kissy Suzuki’s fishing village and fathers a child with her. He has a Japanese name, Taro Todoroki, and believes himself to be Japanese.

Sean Connery’s Bond doesn’t go the full Lafcadio Hearn, but Tanaka does insist that he “become Japanese” in order to go undercover. That involves having his eyelids fixed, his skin dyed, wearing a wig and going through a Shinto marriage ceremony with Kissy Suzuki at a rural shrine. The six foot two Connery carries it off with mischievous humor. 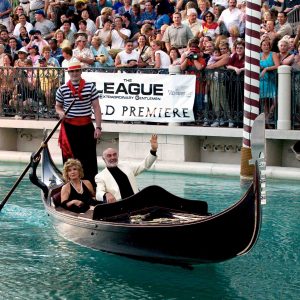 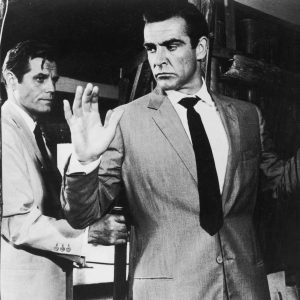 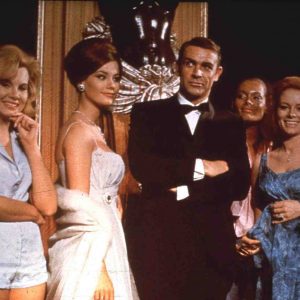 At an event for the movie ‘Thunderball’. (AP Photo, FILE)

Not wanting to be typecast as an action hero, Connery quit the Bond franchise after You Only Live Twice, though he did return for the jokey Diamonds Are Forever (1971) and the feeble Never Say Never Again (1983).

Connery had done serious theater, including works by Eugene O’Neil, before turning to film. So unlike Toshiro Mifune, he had no trouble in expanding his range. Over the years, he put in several excellent performances in well-respected films such as The Name of the Rose (1986, directed by Jean-Jacques Arnaud), The Hunt for Red October (1990, directed by John McTiernan) and The Untouchables (1987, directed by Brian de Palma), which won him an Oscar for best supporting actor.

He also appeared in numerous clunkers, including Rising Sun (1993, directed by Philip Kaufman), based on Michael Crichton’s Japan-bashing novel of the same name. Connery plays a Japanologist, and his twinkly good humour defuses the unpleasant conspiracy-mongering of the plot. His other engagement with Japan was via TV commercials for Suntory whiskey and other products. 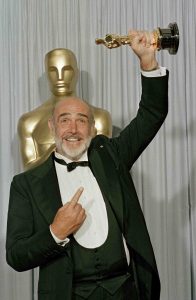 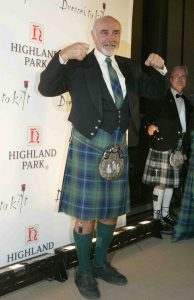 Is it strange for a proud Scotsman like Connery to peddle Japanese whiskey? Not really. Ian Fleming, who was also Scottish, described Japanese whiskey as “very good” when he was in Tokyo in 1959. It has got a lot better since then. Fleming, Connery and Bond would all appreciate a 25-year old Yamazaki single malt.

Bond himself has become a character that, like Sherlock Holmes, can be played by different actors. Yet the template was set by Connery. In the opinion of Connery biographer Christopher Bray, “while Fleming might have kick-started this fantasy, it was Sean Connery who got it on the road and motored it round the world.” He believes that without Connery, the first Bond film would have been the last.

Certainly, his Bond is quite different from the humourless, snobby depressive of the novels. Instead Connery brings an easy classlessness and irreverence that is much more sympathetic. In comparison, subsequent Bonds seem lacking. George Lazenby is too wooden, Roger Moore too much of a softie, Timothy Dalton too short, Piers Brosnan too effete, Daniel Craig too glum.

None of the above could have made love to Japan the way that Sean Connery did in You Only Live Twice.

~This dream is for you, so pay the price
Make one dream come true, you only live twice~

From the theme song of “You Only Live Twice.” 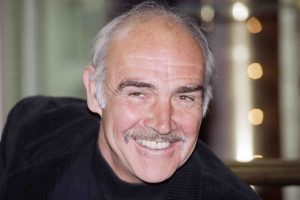