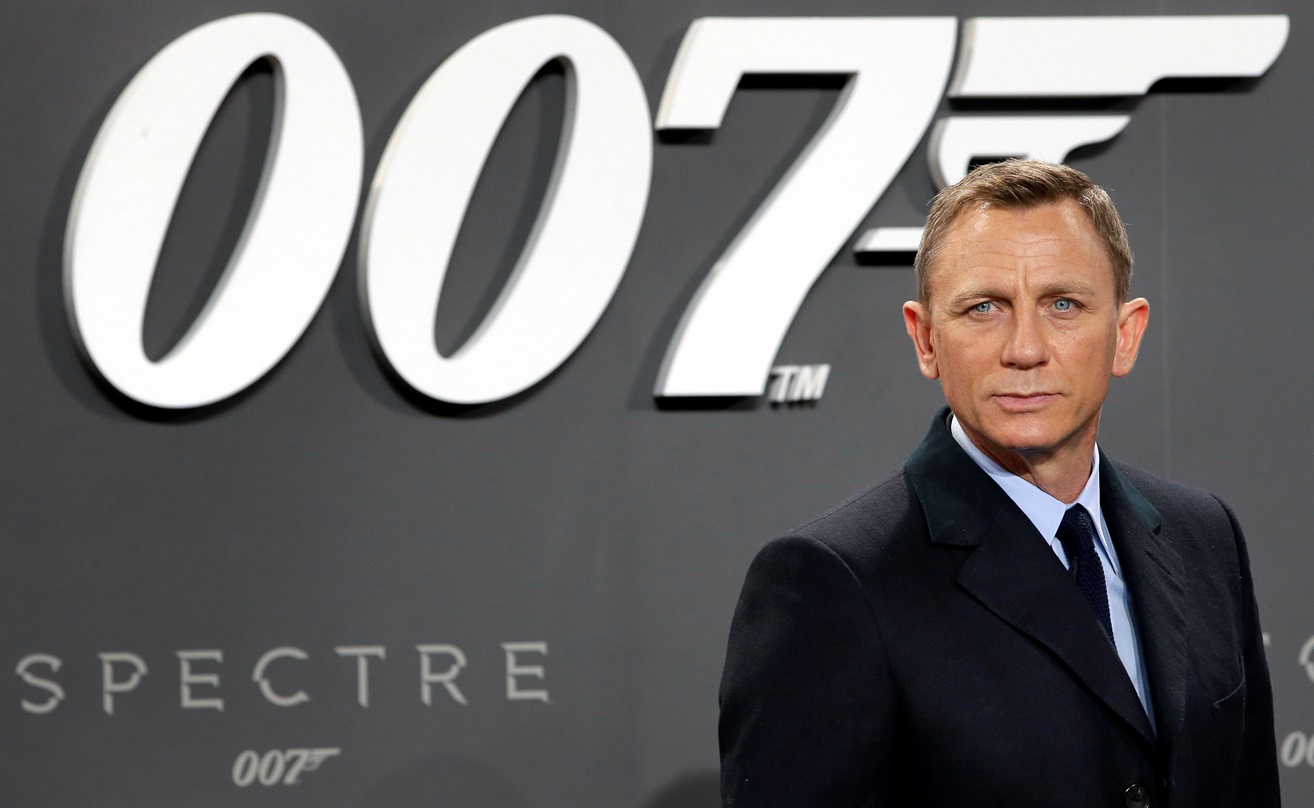 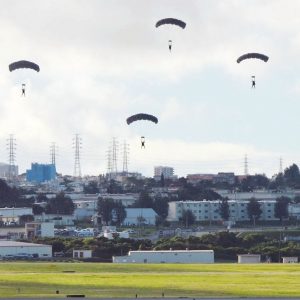 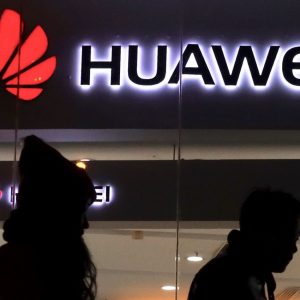 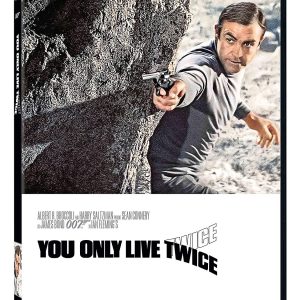 James Movie You Only Live Twice

In Ian Fleming’s novel You Only Live Twice, the Japanese Secret Service is a formidable organization. Directed by Tiger Tanaka, an ex-kamikaze volunteer with a first-class degree from Oxford University, and headquartered, memorably, in a disused subway station, it appears at least the equal of its British equivalent.

As M. explains to James Bond, “They’ve built incredible cracking machines, far ahead of I.B.M…. For the last year they’ve been reading the cream of the Soviet traffic from Vladivostok and Oriental Russia — diplomatic, naval, air-force, the lot.”

Bond is sent to Japan to arrange an intelligence swap — access to the output of Japan’s code-cracking machines in exchange for the “top-grade” information gathered by MI6’s station in Macau. Unfortunately, no swap is possible. Whereas Tiger gives Bond vital intelligence about an imminent Soviet plan to nuclear-blackmail Britain, the Macau material has no value to the Japanese — they penetrated MI6’s China network right from its inception.

In 1964, when the novel was published, Japan had no such capability, as Fleming, a wartime spy who retained many contacts in the secret world, would have been well aware. His exaggeration of Japanese strength reflected what he saw as British intelligence’s collapse in credibility after the betrayal of the Cambridge spies and, particularly, the defection of MI6 veteran Kim Philby (“Prendergast” in the novel) in 1963.

Yet Fleming would also have remembered the fearsome reputation of Japan’s wartime and pre-war intelligence arms, stretching back into the late-19th century. As Richard Samuels writes in Special Duty: A History of the Japanese Intelligence Community, Japanese agents were charged with “destabilizing Imperial Russia, supporting coups d’etat in Korea, assassinating warlords, exfiltrating a Chinese Emperor, practicing espionage in Latin America and on the West Coast of the United States, and nurturing nationalist resistance movements in colonial South and Southeast Asia.”

Freewheeling, wide-ranging, and highly creative, Japan’s intelligence personnel were quick to exploit the latest technology of the times. In the Russo-Japanese War of 1904-1905, they made use of aerial reconnaissance balloons and set up a SIGINT (Signals Intelligence) unit that broke Russian codes, thus anticipating the performance of Tiger Tanaka’s MAGIC 44 machine.

The creator of James Bond would surely have appreciated the exploits of Motojiro Akashi, a pioneer of covert action. Akashi stirred up trouble in Tsarist Russia before and during the Russo-Japanese War. He set up an espionage network in major European cities, smuggled arms to Finnish nationalists, financed riots and rebellions in Odessa, Kiev, and other major Russian cities, as well as anti-Russian propaganda by the likes of Anatole France.

According to Samuels, one of his contacts might have been the young Vladimir Lenin. Akashi also ran operations across the Asian continent, from Siberia to Manchuria and China.

Fleming was a man of powerful imagination and a firm believer in enduring national characteristics. He has Australian agent “Dikko” Henderson say of all great nations: “It’s their bones that matter, not their lying faces…. And time means nothing for them too. Ten years is the blink of a star.”

So as well as looking into the past, Fleming could have found inspiration by speculating about future developments in Japan, when what Tiger Tanaka describes as “the usual transition period of the vanquished” is over.

For most of Japan’s long post-war era, which can only be said to have ended in the current decade with the second Abe administration, its intelligence capabilities were crippled by a combination of engrained pacifist sentiment among the public and territorial squabbling between the small, poorly provisioned agencies responsible for collection and analysis.

As Samuels’ comprehensive overview makes clear, Japan has suffered spectacular intelligence disasters too. Possibly the most embarrassing was former KGB agent Stanislav Levchenko’s testimony before Congress after his defection in 1979. While stationed in Japan, Levchenko claimed to have run a network of informants that included a former LDP Minister of Labor, more than 10 leading figures in the Japan Socialist Party, two Foreign Ministry officials who provided him with secret diplomatic cables, and many cypher clerks and lower-ranking functionaries who were snared in honey traps, as well as various academics and journalists whom he paid for high-level political information.

Not for nothing was Japan known as “a paradise for spies.” The legal retribution for being caught was trivial to non-existent.

When Prime Minister Yasuhiro Nakasone tried to bring in a tough State Secrets Act in 1985, the uproar forced him to back down, just as another popular conservative leader, Shigeru Yoshida, had had to do in 1953. As Samuels points out, the Japanese public was sensitized to the memory of wartime repression and saw any step to normalize intelligence work as a potential “slippery slope.”

Well into the 1990s, Japan’s intelligence functions remained in a state of atrophy. The dysfunction was so deep that software developed by the psychopathic Aum Shinrikyo cult was installed in 100 private firms, the Ministry of Defense, and a dozen other government bodies.

More embarrassment came in 2007, when operational data from the Aegis missile defense system was found in the home of an uncleared Maritime Self-Defense Force member married to a mainland Chinese citizen residing illegally in Japan.

Fortunately, the story does have a happy ending. When Shinzo Abe returned to the Prime Minister’s office in late 2012, the proponents of intelligence reform at last had a highly-determined sympathizer in power with strong public support. As Samuels reports, Abe expended a great deal of political capital in passing the State Secrets Law, succeeding where his respected predecessors, Shigeru Yoshida and Yasuhiro Nakasone, had failed.

In building support Abe had to compromise in the direction of increased political oversight, a step that Samuels considers essential to win public backing for an active and properly-resourced intelligence community.

The State Secrets Law was the most controversial, but by no means the most important of the intelligence reforms that Abe introduced. A whole new infrastructure was put in place, topped by a centrally coordinated National Security Council supported by a National Security Secretariat. Budgets and personnel were massively increased. Previously next-to-non-existent cyber warfare defense capabilities became a high priority, and the self-imposed limitation of “the peaceful use of space” was scrapped.

What happened to the slippery slope? The answer is that the strategic landscape has changed radically, and the Japanese public has been worn down by the provocations of North Korea and the brazen expansionism of China.

Meanwhile, the old “master-servant” (shuju) relationship with the U.S. is no longer viable. Japan has the difficult job of simultaneously strengthening the alliance with the U.S. through a more active contribution and hedging against its demise.

Generational change is also critical. Polls show that pacifist sentiment is greatest in the most aged ranks of Japanese society, while young people are the strongest supporters of the Abe line.

So what’s next? Abe has been careful not to move too far ahead of his public, rejecting proposals from within his ruling Liberal Democratic Party to establish a full-spectrum Japanese CIA. But as Samuels suggests in his book’s conclusion, “covert action remains a risky, but not unlikely next frontier for Japanese intelligence reform.”

Tiger Tanaka would be pleased to hear that. Ian Fleming would have expected it.