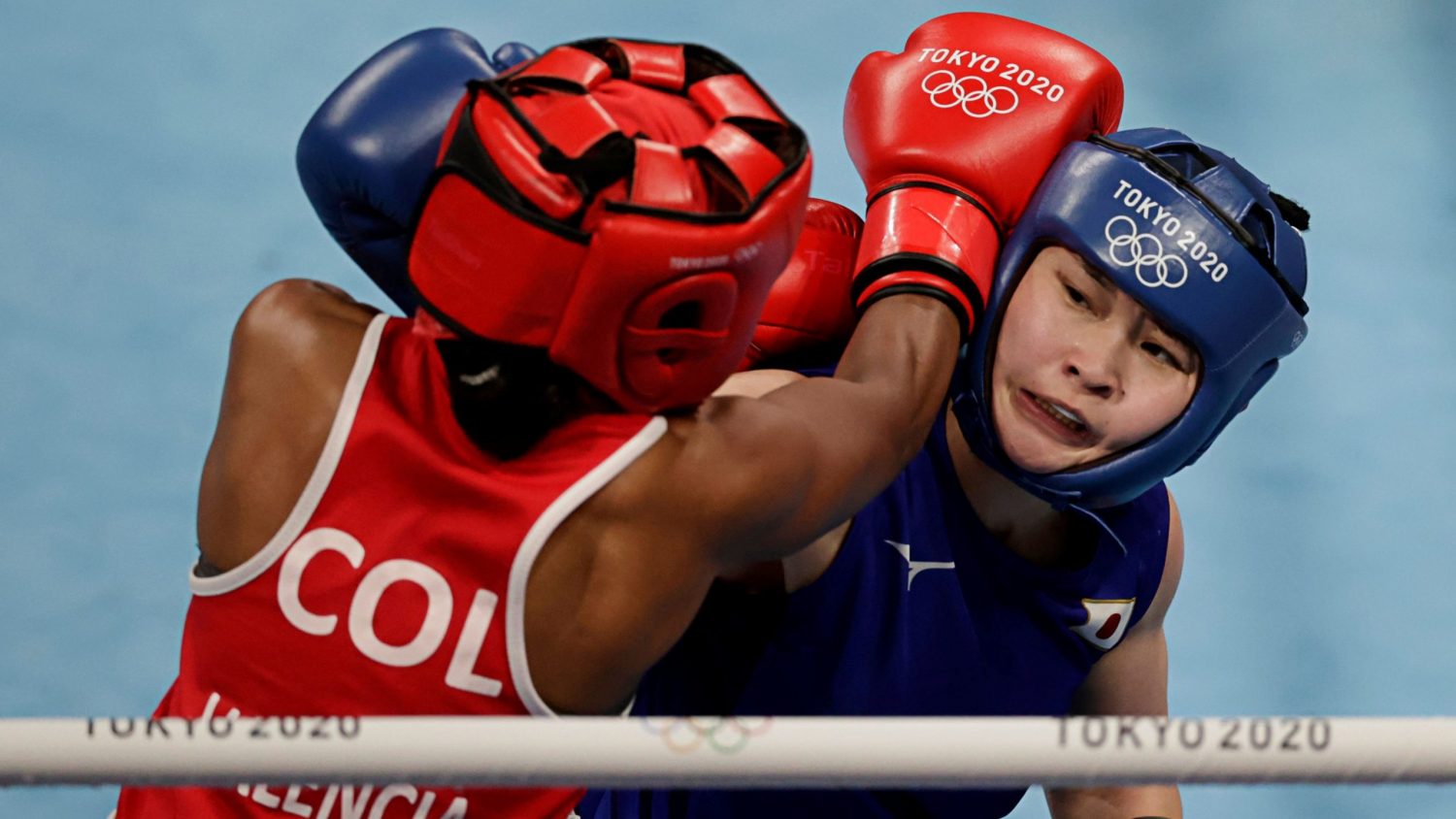 Tsukimi Namiki of Japan in action against Ingrid Valencia of Colombia at the Kokugikan. REUTERS/Ueslei Marcelino

Tsukimi Namiki took on Ingrit Lorena Valencia Victoria at Kokugikan Arena on Sunday, August 1 in the women’s quarterfinals in the flyweight category (48-51 kg).

With grit, Namiki seized a win from Valencia Victoria, scoring a unanimous 5-0 decision.

The quick-moving Namiki kept significant pressure on the Colombian boxer, landing several well-placed blows just seconds into the match. The Chiba native also managed to score several punches in the third round, leading to the final score.

Valencia Victoria was a bronze medalist in Rio de Janeiro in 2016.

Namiki started boxing in 2013, when she was in middle school, after being inspired by Japanese professional boxer Takashi Uchiyama.

She will have a chance to keep chasing her gold medal dream on Wednesday, August 4, in her match against Bulgaria’s Stoyka Zhelyazkova Krasteva. If she wins, she will continue toward a silver or gold medal. If she loses, she will have to settle for a bronze.

Boxing is a relatively young sport in the women’s category, having been introduced first in the London Olympics in 2012. This is the first time that Japanese women have qualified to represent the country in the sport.

The 22-year-old Namiki is the second young female athlete to continue her path to a guaranteed medal, after Sena Irie secured a match against Great Britain’s Karriss Artingstall on Saturday, July 31 in the featherweight category.

Irie, 20, also started boxing in middle school, after reading a manga book which she found in her house called Ganbare Genki¸in which the main character is an aspiring boxer.

With Japanese women participating for the first time in the Olympics in boxing, both Namiki and Irie are set to win the first medals in the sport for Japan.

The Tokyo 2020 Olympics are perhaps showing us more than ever the feats that can be achieved by young girls who dare to dream.