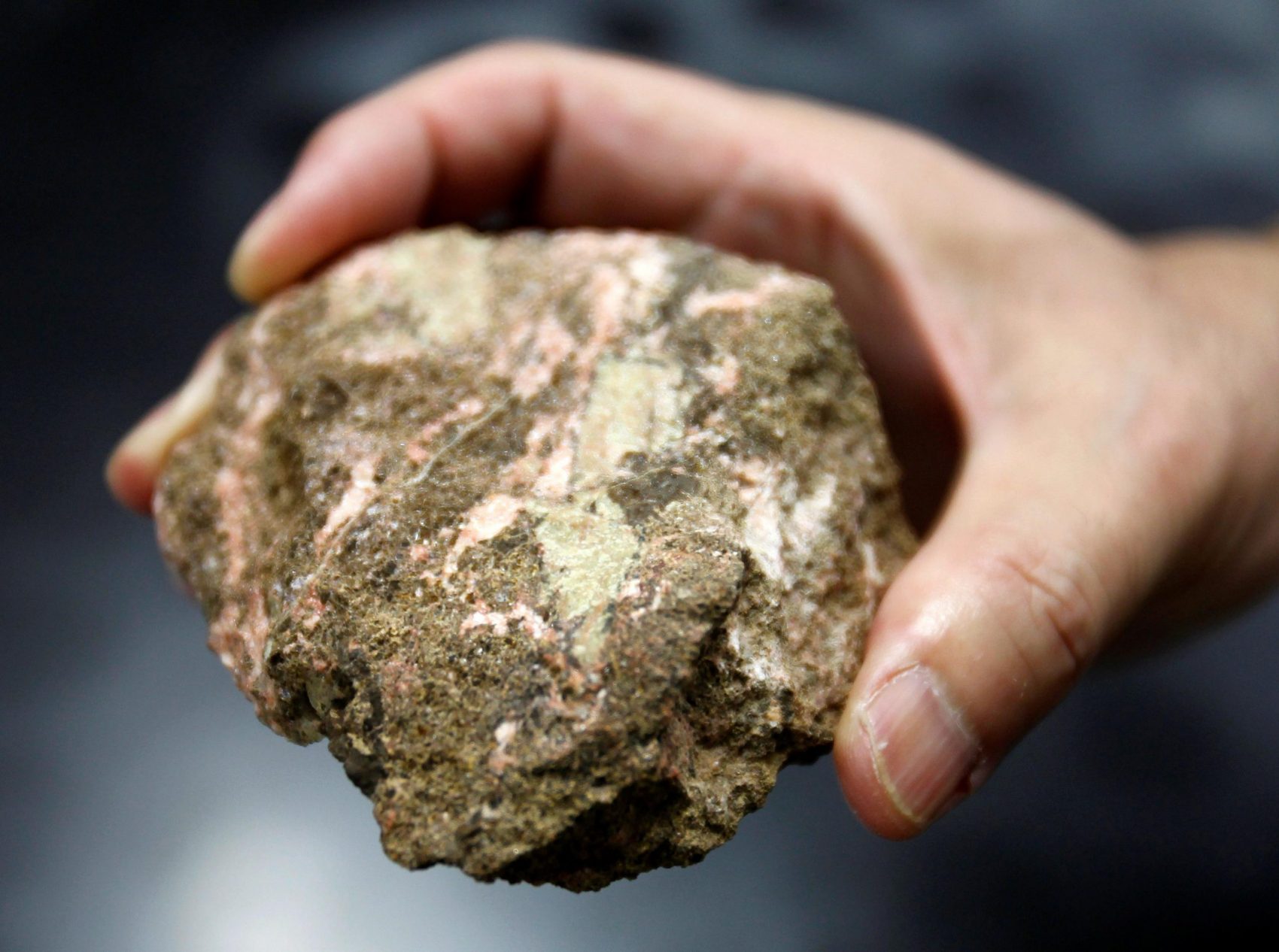 Japan and the United States are dependent on a potential adversary for some of the most crucial materials in high technology production: rare earth elements. Rare earths are 17 elements that include: scandium, yttrium, lanthanum, cerium, praseodymium, neodymium, promethium, samarium, europium, gadolinium, terbium, dysprosium, holmium, erbium, thulium, ytterbium, and lutetium.

In China, control of rare earth materials is considered a major element of national policy. Japan and the U.S., however, took the route of depending on China for these elements.

The People’s Republic of China (PRC) will use these metals for political gain, as we learned in 2010. After a Chinese fishing boat collided with two Japanese coast guard vessels near the Senkaku Islands, China imposed an embargo on rare earth materials to Japan because the Chinese boat captain had been detained.

Although China controls less than 40% of the world’s REE deposits, a Rand Corporation paper notes that it increased its global proportion of supply by subsidizing the relocation of companies involved in the rare earths supply chain to China and through the acquisition of foreign firms. In 1995, the U.S. Department of Defense lost its sole supplier of special magnets used to manufacture U.S. Hellfire missiles when a U.S. firm moved to China.

Xi Jinping’s “One Belt One Road (一带一路) Initiative,” or BRI, has catalogued where it can develop and secure rare earth elements. To quote from a PRC chemical industry publication, “the countries along the ‘Belt and Road’ are rich in mineral resources and have abundant new technology minerals such as rare earth elements. China can use the BRI to maintain its hold on the rare earths market.”

The 2010 fishing boat incident with Japan touched off concerns about the dependence on China for processed rare earth materials. On September 7, 2010, a Chinese trawler in the area of the Senkaku Islands collided with two Japanese Coast Guard patrol ships. Japan’s government arrested the trawler captain and intended to put him on trial.

The arrest elicited a major diplomatic protest from China, as well as riots in Tianjin, Shanghai and a number of other Chinese cities with a presence of Japanese companies of citizens. These demonstrations were likely orchestrated and controlled by PRC authorities, as it is exceedingly difficult to engage in large-scale protests in China.

The PRC’s decision to impose an embargo on rare earth exports to Japan fueled fears about dependence on China for critical materials. According to the South China Morning Post, the PRC embargo prompted other nations to diversify sources of rare earth elements and hurt exports of Japanese products from China’s factories.

Today, Japan and the U.S. have learned what should have been obvious: know the supply chains for the production of vital products, do not depend on a single source for vital materials, and never put a nation’s industrial base at the mercy of an increasingly arrogant and hostile potential enemy like China.

The Use of Rare Earth Elements in Weapons Systems

While acquisition of rare earth elements is critical to maintaining technical and industrial independence from China, the mining of these resources is very costly. Similar to oil, rare earth deposits must be in a location and quantity that is cost effective to extract. While rare earth elements are distributed widely around the Earth, there are few deposits which are economically feasible to extract. There are deposits that can be mined around the U.S. and in Japan, including undersea deposits around Japan.

In the U.S. today, the Mountain Pass Mine in California is the only operational rare-earth metals mine. It produces about 10 percent of all rare-earth concentrate, from which the metals are extracted, but the extracted materials are shipped to China for processing.

In 2020, President Donald Trump issued an executive order to address this U.S. vulnerability. This directed U.S. agencies to identify supply chains vulnerable to disruption that are needed for National Security. President Trump left office before all of the steps were accomplished. However, soon after taking office President Biden continued these policies in a new Executive Order, which is described below.

Sources of pollution will be similarly difficult to offset or eliminate. Mining causes environmental concerns, including pollution. Mining processes can contribute to respiratory conditions, release potent greenhouse gases, and contribute to acid rain. Mining can make land unusable for any other purpose and contaminate surrounding soil.

In the U.S. Congress, a number of legislative bills were introduced in an effort to address the current state of rare earth element supplies in the United States. Although none of these bills were enacted into law in their entirety, some relevant provisions were included in the 2021 National Defense Authorization Act.

In the U.S. Executive Branch, President Trump issued Executive Order 13817 to address what many observers saw as a U.S. strategic vulnerability. The premise of the order was that the U.S. reliance on imports of critical minerals was making it vulnerable to actions by foreign governments.

A little over a month after taking office, President Biden issued Executive Order 14017, essentially continuing the actions authorized by President Trump. It directed national security and economic officials in the White House to conduct a review of U.S. supply chain risks within 100 days to ensure “resilient, diverse, and secure supply chains.”

There is now a broad understanding that there are available ways to increase the supplies of rare earth materials. Japan and the U.S. can develop resources and find ways to mine and extract rare earth elements without dangerous ecological and environmental damage. The U.S. can also form consortiums with allies and dependable partners to stockpile or develop rare earth material sources. At the same time, we can take a lesson from China and seek to develop foreign sources of rare earth elements.

A number of options are also available. There are important deposits of rare earth elements in Greenland. However, environmental concerns must be addressed. This is a place where Japan, the U.S., or European allies could develop rare earth mines.

Japan also has the potential to become an important source of rare earth materials in the future. Significant deposits were discovered in its far eastern territorial waters. Underwater mining is a difficult process, however, so the deposits may take time to exploit.

In Brazil, there are deposits of rare earth elements. One can envision creating a rare earths trilateral relationship between the U.S., Brazil, and Japan, helping to protect against Chinese threats of a rare earths embargo.

Australia has some of the highest percentages of existing rare earth element mining operations. To diversify its markets, Australia has turned to allies and partners in the “Quad,” the economic and strategic cooperation among Australia, Japan, U.S., and India. The Quad countries could help with rare earth development and mining.

China’s control of the supply of usable, refined rare earth elements undermines national security.  Neither the U.S. nor Japan has a strategic plan or vision to assure its own technological and national security success in this area.

The U.S. Congress and Japan’s National Diet must develop legislation to safely mine and refine rare earth elements, cooperate with allies and partners, and break China’s stranglehold on the rare earth supply chain.