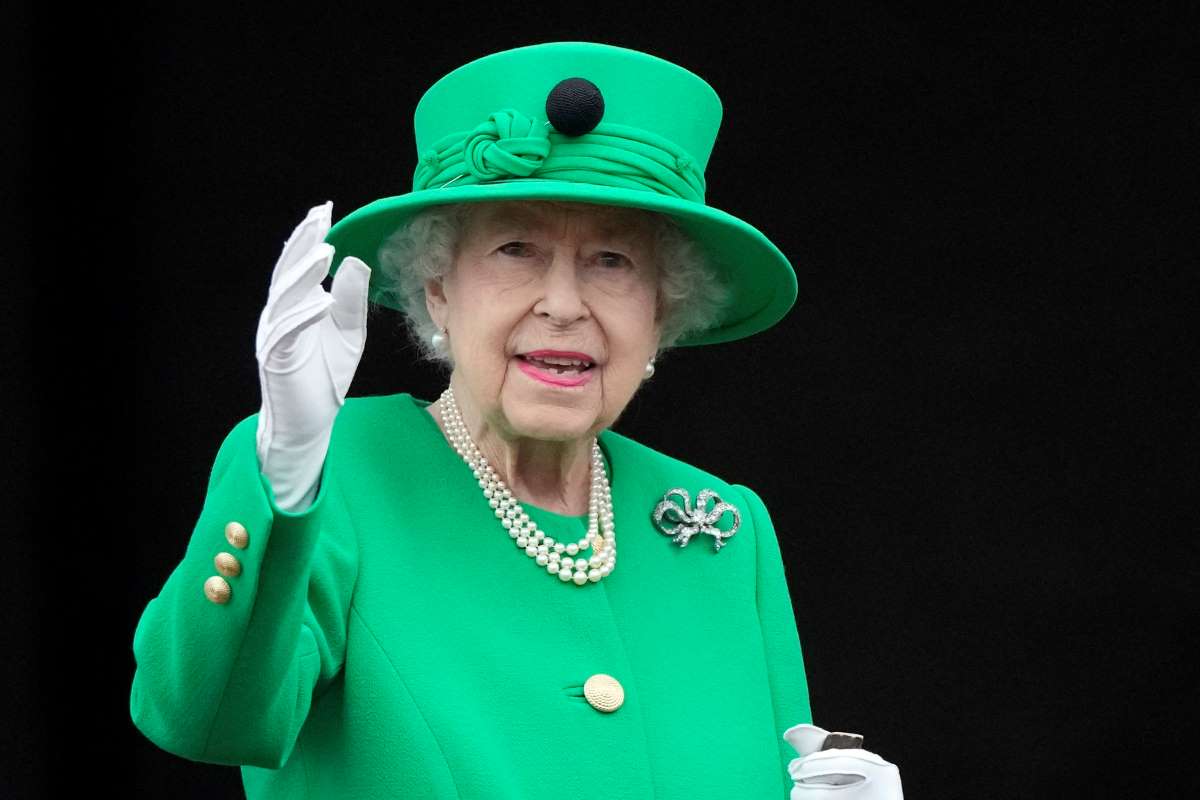 Queen Elizabeth II of the United Kingdom, on the occasion of her Platinum Jubilee celebration.

It is estimated that a billion people around the world watched parts of Queen Elizabeth II’s platinum jubilee celebrations on television and online, including many viewers in Japan.

The most striking image was the Queen, surrounded by members of her family, waving to crowds from the balcony of Buckingham Palace.

The palace contains many treasures, including a collection of objects from Japan which have gone on public display together for the first time this summer. They reveal fascinating links between Japan and the United Kingdom.

Rachel Peat, curator of Japan: Courts and Culture, says: “We are delighted to give visitors a rare chance to see these stunning works from Japan, which have been marveled at, displayed and cherished by members of the British royal family for centuries.”

The Queen’s reign spans one of the most transformative periods of British history. It has marked a remarkable reconciliation between Japan and Britain, following a bitter war in Asia.

On the occasion of Her Majesty’s Coronation in 1953, the Emperor Shōwa (Hirohito) sent the Queen the first post-war diplomatic gift between the two nations: a box decorated with a delicate silver heron by the great lacquer artist Shirayama Shōsai.

Gifts were also sent to mark treaties between the two nations. A pair of colorful folding screen paintings, recently rediscovered and on display for the first time, were sent to Queen Victoria by Shōgun Tokugawa Iemochi in 1860.

In the middle of the 19th Century, the British Empire was expanding into Asia, with Queen Victoria regarded as the Empress in India and Burma (now known as Myanmar). Japan was not colonized, yet it looked west to Great Britain with awe, regarding it as the world’s most scientifically advanced and powerful nation at the time.

In 1869, Queen Victoria’s son, Prince Alfred, Duke of Edinburgh, became the first European royal to visit modern Japan. He wrote to his mother: “To give you any account of this country, I feel quite at a loss. Everything is so new and so quaint that I am quite bewildered.”

The future King George V visited Japan with his brother in 1881, and the official tour diary states that the teenage princes had their arms tattooed during their visit.  Albert Victor is said to have been tattooed with ‘a couple of storks’ and George with a tiger and a dragon, a combination said to signify East and West.

Rather intriguingly, Princess Eugenie has followed in the footsteps of her great-great-grandfather by getting a tattoo.

Royal watchers note that the Queen’s granddaughter had a small circle inked behind her left ear.

A recent survey suggested that 42 per cent of British people born in the 1980s, 90s or later now have a tattoo – a far higher proportion than in Japan, although Japanese designs are perennially popular.

The royal exhibition displays four suits of samurai armor in the Royal Collection. These include an armor sent to James I in 1613 by Japan’s military leader – the first known samurai armor to arrive on British soil and the first diplomatic gift between Japan and Britain.

Other rare examples of arms include a dagger with fittings personally designed by the Emperor Meiji, the first ruler of the modern Empire of Japan.

The concept of empire has fallen from fashion during the reign of Queen II, with many countries choosing independence.

Nevertheless, the popularity of the Queen herself – both in Britain and abroad – appears to have not been diminished. Indeed, Her Majesty must be the only world leader to be more popular today – seventy years after she took the job – than she was on the day she began.

Presidents and prime ministers are lucky if they remain popular for seven months.

The Queen’s message was succinct: “I hope my platinum jubilee will be an opportunity for people everywhere to enjoy a sense of togetherness; a chance to give thanks for the enormous changes of the last seventy years and also to look ahead with confidence.”