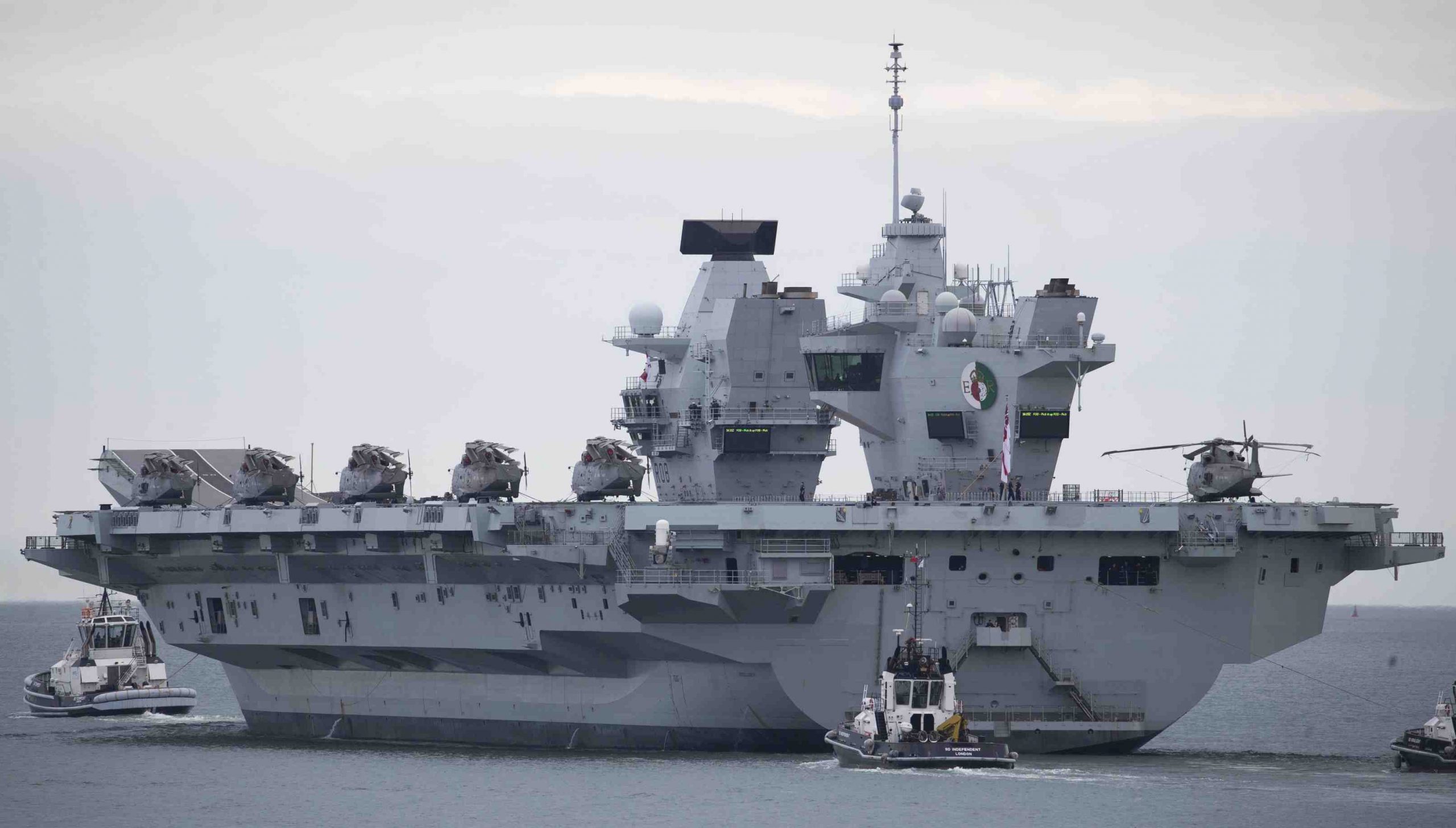 Global power has shifted eastward, and a stable balance in British foreign policy requires a “tilt” to the Indo-Pacific.

As the United Kingdom (U.K.) goes about securing a sure footing in the region, it will find no better grounding than by deepening its defense and security relations with Japan. Japan is the only country with the right combination of geographic location, defense capability, techno-economic heft and political affinity, as well as stability, that fits the bill. It is time for a new type of Anglo-Japan alliance.

Cries of ‘imperial nostalgia’ that arise to assail this move are almost too ironic to bear. They not only miss the point that this ‘tilt’ is about the future, they even misconstrue the lessons of the past.

One event brandished as a warning from history not to venture back ‘East of Suez’ is the sinking of HMS Prince of Wales in the ill-fated Z-Force that was sent to reinforce Singapore in December 1941. But if this event is examined in its proper context, a completely different lesson emerges.

When the British Empire was at its zenith, it still recognized that it would operate at its limits in East Asia. It, therefore, embarked on an alliance with Japan in 1902 to safeguard its interests in Asia. It was only when that alliance broke up two decades later that Britain was forced to face alone the precarious situation that was to lead to its humiliating expulsion from the region – ironically at the hands of Japan.

The U.K. returned after the Second World War, secure once again within the framework of the United States (U.S.)-dominated United Nations (UN) system of global security. There Britain remained to fight victoriously the Cold War in Korea, the “emergencies” and “confrontations” in Malaya and Borneo, then to see the independence of Malaya and the peaceful return of Hong Kong to China.

Britain has since quietly continued to contribute to regional security through the Five Power Defense Arrangement (having its fiftieth anniversary this year), its logistics base in Singapore, and its presence in Brunei. So the lesson the U.K. was taught by Japan in 1941 is not “don’t go East of Malacca”, but rather “don’t go alone”. And today, the British presence East of Malacca, to say nothing of Suez, is very far from alone.

But there is a second set of ironies – and lessons – to be found in the history of Britain’s first alliance with Japan, and the circumstances in which it ended.

The main source of tension in the 1902-1922 Anglo-Japanese alliance emerged from the ways Japan and Britain reacted to the rise of Chinese nationalism. While Britain was still preoccupied with fighting the First World War, Japan laid down “twenty-one demands” on China that signaled an intention to dominate not just the Chinese administration, but also the interests of other powers present in China, including the U.K.

The irony then was that critics of the alliance in Britain thought it gave Japan free rein in China. Meanwhile, in Japan, the critics thought it tied their hands there. The irony today is that the main factor bringing British and Japanese interests into alignment is the People’s Republic of China’s attempts to supplant the prevailing regional order with an authoritarian and hierarchical one.

Another source of tension in the old alliance was British suspicion that the Indian independence movement was receiving support from elements in Japan promoting an Asian liberation movement for a mix of ideological and strategic reasons. Now the irony is the worldviews of India, the U.K. and Japan have become increasingly aligned. Consequently, security cooperation between the trio is developing rapidly under the logic of a “free and open” Indo-Pacific, and the so-called ‘Quad-plus’ arrangement.

So when support for a geopolitical balance that allows for the growing importance of the Indo-Pacific is added to support for going even further than current U.K. policy has suggested, there is a good deal of support for the tilt.

Towards the end, Canada became increasingly critical of the Anglo-Japanese Alliance. When the issue was up for consultation at the Imperial Conference in 1921, Canada made clear that it could not be placed into the position where the U.S., on which it relied for its security, might go to war with its ally, Japan.

Although Australia and New Zealand backed the extension of the alliance, Canada’s veto was critical. Today, Canadian warships and surveillance aircraft are operating together with other ‘Five Eyes’ allies Australia, New Zealand, the U.K. and U.S. (but also with France, South Korea and Japan) in monitoring sanctions violations at sea off North Korea in an operation based out of Yokosuka, Japan.

Ultimately, however, it was the U.S. that broke the Anglo-Japanese Alliance. Washington had come to see Imperial Japan as its main rival and could not tolerate it having the only other global naval power – the Royal Navy – as its ally.

As part of the negotiations after the First World War and against the backdrop of massive British war debt owed to America, the U.K. felt forced to choose between its old ally and an emerging – if ambivalent – superpower. Fast forward a century to 2021: the US navy is now signing trilateral agreements with the Japanese Maritime Self-Defense Force and the Royal Navy. If this is a new kind of Anglo-Japan Alliance, the U.S. seems to welcome it.

The causes for the end of the previous alliance between London and Tokyo were aspects of a single process, which was the transition – catalyzed by the emerging dominance of Wilsonian America and the bottom-up rise of nationalist movements in China and India – from a world order of empires to one of self-determining nation-states. In the period that W. H. Auden called “a low dishonest decade”, and the Japanese refer to as their “dark valley”, that order was not underwritten by the commitments of its sponsors, and so proved too weak to keep the peace.

The post-1945 order was based on the same principles but charged by the energies of an economically, culturally and technologically dominant America and the support of its allies in the “free world”. Together, their commitment and sacrifice sustained it through the turmoil of decolonization and the many challenges of communist aggression from Russia and the People’s Republic of China.

But today that order is being challenged in turn by the emergence of a large and aggressive rival – the Chinese Communist Party. Seapowers like Japan and Britain are forced to ask themselves once again: “What is our role in this process?”

Are we bystanders or do we belong in the arena?

What Kind of ‘Tilt’ in Today’s World

Some historical lessons should not need to be spelled out, but perhaps this one does. If nations with the blessings and capabilities of Britain and Japan excuse themselves as mere bystanders, the order that allows them, as well as others to prosper, will surely come to an end.

Isolationists and Atlanticists argue that Britain should focus on the Euro-Atlantic and leave the Indo-Pacific to America. Again, history suggests that would be a dangerous course. One of the weaknesses of the Anglo-Japanese Alliance was that although it brought formal recognition to the interests of each party in the Asian region, it cemented a division of labor along regional lines.

From the British point of view, the protection Japan gave through the alliance to its interests in Asia was welcome, but the withdrawal of British military capacity from the region that this enabled proved a destabilising factor in the longer term.

By the time the alliance came to an end in the early 1920s, the dominant trend of world disarmament and arms control agreements (especially limiting ships) meant that British interests East of Malacca were to be left terribly exposed until the coup de grace in January 1942. To argue that the Europeans should “backfill” security in their neighborhood to allow the U.S. to take care of the Indo-Pacific is to fail to learn the lesson that an alliance is sustained by shared equities, and a geographic division of labor invites ruinous alienation.

What kind of British Indo-Pacific “tilt” is needed, and what new type of Britain-Japan alliance can support it?

The tilt is not an uncontrolled lurch, but an adjustment of posture to secure a balance on shifting ground. As Boris Johnson, the Prime Minister, recently told the Munich Security Conference, the U.K. will always keep one foot planted firmly in its home region. But now as in the past, maintaining a strong position at home requires some shift of resources to allocate support for an alliance over the horizon, where the sun rises.

According to a recent survey, a third of those asked were generally supportive of the Indo-Pacific tilt. More than a third agreed that Britain’s involvement in the region should be balanced with investments elsewhere since the Indo-Pacific will be important to geopolitical dynamics and economic growth.

That leaves open the question of how many of those believe the U.K. have such a balance today, or if such a balance needs more investment towards the Far East. And, although it has not been proposed, around 8% even responded that the U.K. should make the Indo-Pacific “the center of its foreign policy”.

So when support for a geopolitical balance that allows for the growing importance of the Indo-Pacific is added to support for going even further than current U.K. policy has suggested, there is a good deal of support for the tilt. The fact that a significant proportion of those who responded have yet to make up their minds just underlines the importance of choosing the right lessons to learn from.

In conclusion, if we are to look to history for lessons now, perhaps these would be among them:

This article originally appeared in Britain’s World, the Council on Geostrategy’s online magazine.