In the sense that no war has occurred amongst major military powers from the time of the Cold War, the last 70-plus years arguably was a period of relative peace—something rather unusual in history. This peace was based on a paradox, however, with the immensely destructive power of nuclear weapons functioning as the ultimate deterrence to large-scale conflict. At the same time, this balance between the United States and the Soviet Union, which included the rest of the world by extent, also held with it a distinct possibility that some misunderstanding between said powers might lead to hostile action that could result in the destruction of both sides.

It was for this reason that a hotline between the US and Soviet Union was established, which permitted confirmation of mutual intent. The basic structure of this model did not change following the Cold War, even though the state actors would change from the USSR to Russia and China. That being said, while tensions stemming from contingency actions have since waned, it was during this period North Korea’s development of nuclear weapons and the missiles to carry said arsenal was overlooked.

For the past 20 years, the US has maintained a rather vain hope that China would rein in North Korea. For a newly-ascendant China pursuing its unilateral and divisive strategy in the South Pacific, however, North Korea is both an indispensable buffer state and a source of political leverage. 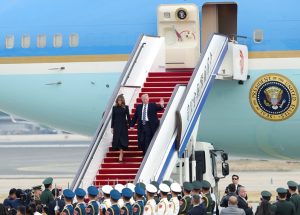 North Korea’s development of nuclear weapons and the intercontinental ballistic missiles to deliver them has undermined the prestige of the United States in this region, while causing division within the US-Japan and US-Korea alliances. It has, likewise, divided public opinion in the US, Japan, and Korea—all to China’s advantage. The Chinese stance on sanctions directed at North Korea has been consistent in its ambiguity and has, in effect, bought North Korea time in continuing the aforementioned nuclear and missile programs. As a result, flaws in the region’s nuclear deterrent are seemingly in line with Chinese expectations.

In metaphorical terms, the Soviet Union needlessly woke a sleeping dog with its stationing of the SS20 missiles and was forced to restore the balance when  met with a warning growl in the form of the US deployment of the Pershing II missiles. Interestingly, there is in this a lesson in applicability with the current situation regarding North Korea. The basic condition for peace is that there is a balance of nuclear deterrence power among the superpowers. When that is disrupted on a regional basis by the deployment of new nuclear weapons, equilibrium can only be restored by a matching counter deployment.

The question now is: What would be equivalent to the warning growl that the deployment of the Pershing II missiles represented? Nuclear arming of US forces in Japan, Japanese Self-Defense Forces’ acquisition of the capability to attack enemy bases, US-Japan military exercises to show their true power, and heightened security consciousness in Japan are just some possible steps that could be undertaken to make China aware that the “nuclearization” of North Korea has undesirable consequences. Faced with such actions, China is likely to reconsider its stance as a covert supporter and, rather, to stand on the side of those taking a strong position on nuclear disarmament. 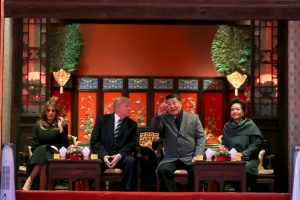 The international security situation changes yearly with actions of individual sovereign states. At a minimum, each nation has responsibility to “protecting the lives of its citizens,” while “maintaining the integrity of its territory.” Laws and interpretations of said laws without this common sense application have no effective normative power.

Yoshiyuki Kasai is the chairman emeritus of Central Japan Railway Company (JR Central). He served as the chairman of the JR Central Board of Directors from June 2004 to 2014. He is also a board member of  the JAPAN Forward association, Inc.