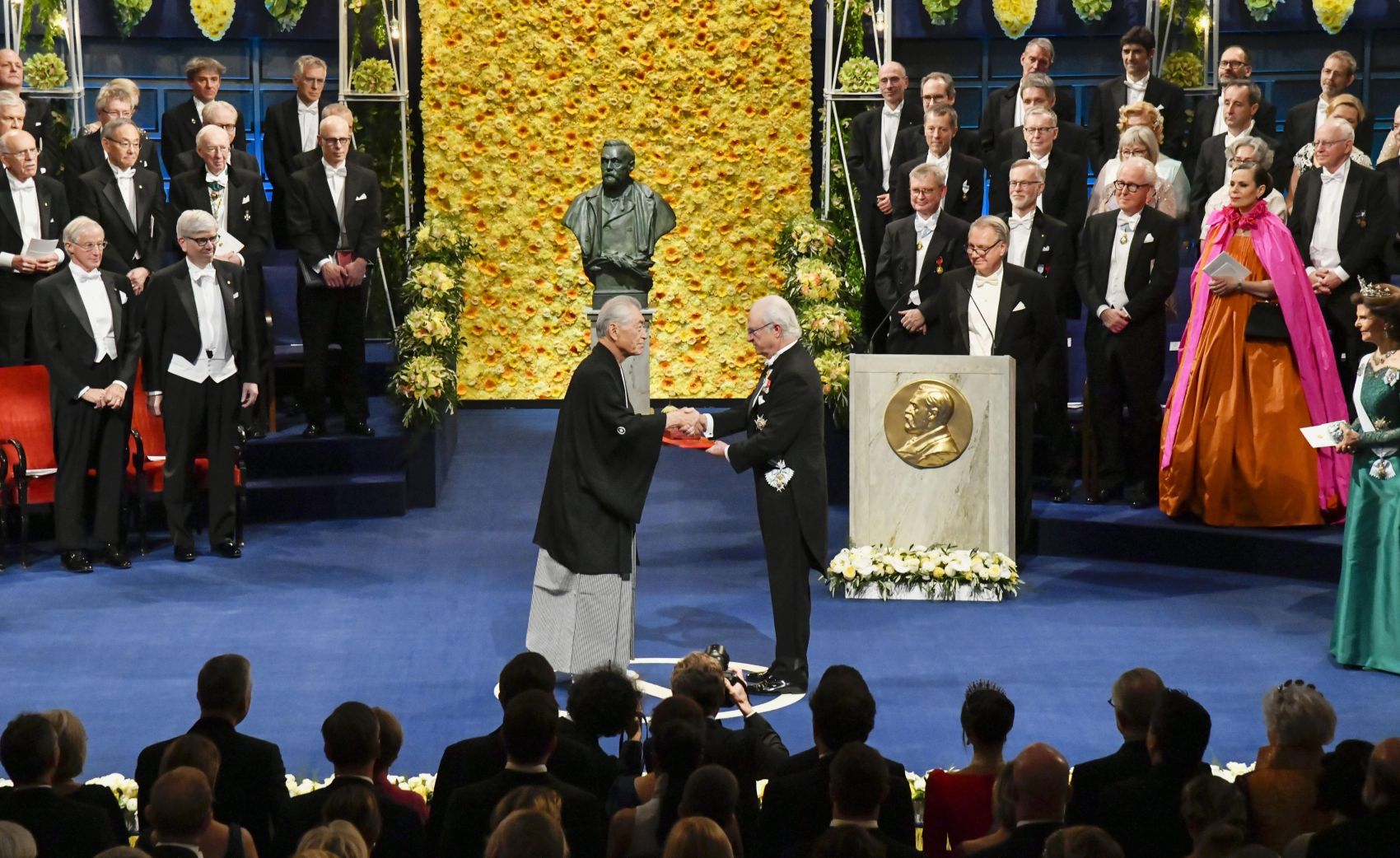 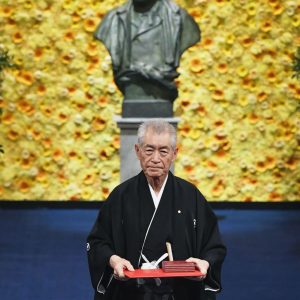 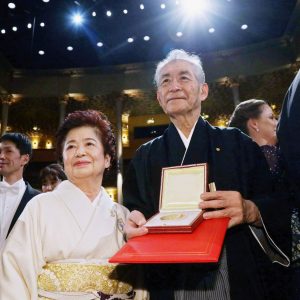 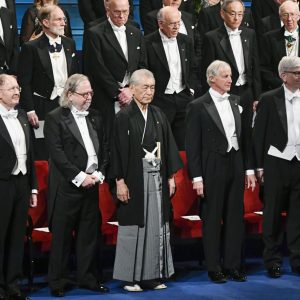 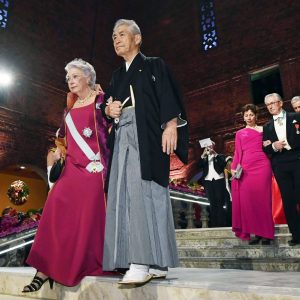 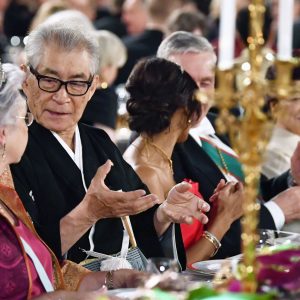 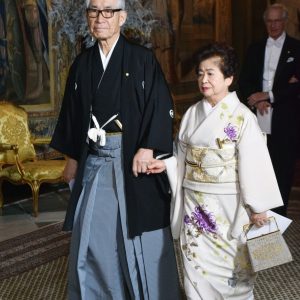 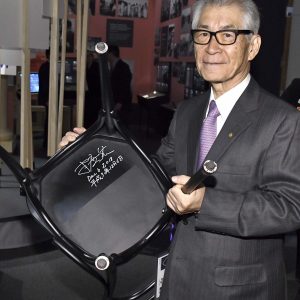 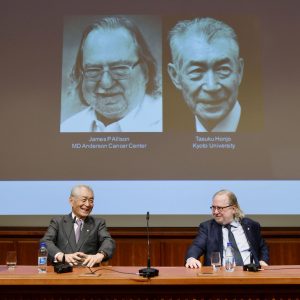 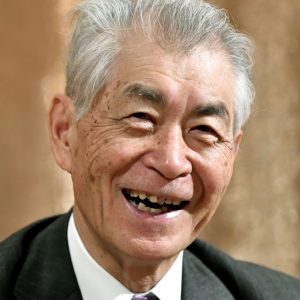 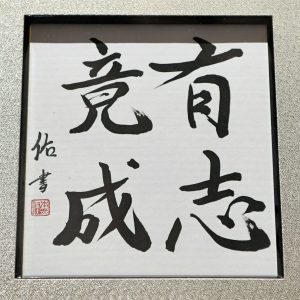 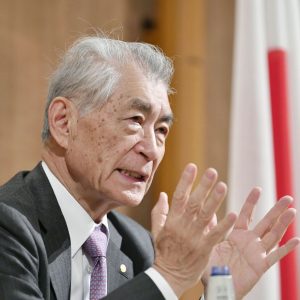 Every time Tasuku Honjo is asked about the motivating force for his research, he says offhand, “It’s definitely my sense of curiosity, a feeling of wanting to know something.”

The 76-year-old distinguished Kyoto University professor is the 2018 Nobel Prize Laureate in the category of Physiology and Medicine. The award recognizes the breakthrough he achieved in helping develop “Opdivo,” a new cancer immunotherapy treatment medication.

When pushed to explain what drives him, he generally cites the “six Cs” as major factors that have guided his research: curiosity, courage, challenge, confidence, concentration, and continuation. It can safely be said that these six Cs are the key to success.

Accepting His Award in Traditional Kimono

The prestigious award ceremony was held on December 10 in the Swedish capital of Stockholm, where he received an award diploma and medal for the Nobel Prize from King Carl XVI Gustaf of Sweden.

Dr. Honjo attended dressed in traditional Japanese formal attire of a black haori coat bearing his family crest and hakama trousers. Explaining the gesture, Dr. Honjo said this represented his wish that his research had been “accomplished in Japan.”

The 2018 ceremony marks the first in half a century that a Japanese Nobel Prize recipient has attended the award ceremony in traditional Japanese formal attire. The last to do so was Yasunari Kawabata, who was given the Nobel Prize in Literature in 1968.

“Where there’s a will, there’s a way.” The four Japanese kanji characters meaning this axiom, Yuhshi Kyohsei, were written on a shikishi, a Japanese traditional square card for writing a poem or motto, and donated to the Nobel Museum in Stockholm by Dr. Honjo on December 6.

They are his motto, meaning, “Those who have a steadfast and unbending will can undoubtedly attain their goal eventually.” The development of Opdivo can be said to represent the crystallization of such faith by Dr. Honjo.

Meanwhile, in his Nobel Lecture delivered on December 7, Dr. Honjo said, “Luck has been always on my side in my academic life.” While noting he has been blessed with luck as a researcher, his speech retained a humble attitude while expressing of a feeling of gratitude for his research colleagues.

It was the death of his classmate from scirrhous gastric cancer while they were students at Kyoto University that inspired Dr. Honjo to enter the field of medical research. He chose to focus on “cancer immunotherapy” for treating cancer patients on the basis of their own immune systems.

Devoting himself to research based on the belief, “Cancer can surely be conquered,” he played a major role in developing Opdivo, which is now expected to be a “fourth pillar of cancer treatment” next to surgery, radiation therapy, and anticancer drugs.

The Nobelist also offered these words for young people aspiring to be scientists: “The more difficult a goal is to achieve, the more attractive the task is for accomplishing the challenge. Pick up a stone that everyone else has disregarded and polish it up until you find that it is a diamond. I’ve found a lot of fun in pursuit of making a discovery in the face of a chaos of things the future of which you never know.“

‘Have Your Own Way’

“Exactly when you think that what’s written in a schoolbook is entirely correct, you will be bound to cease to be a promising scientist,” said Dr. Honjo, offering an advice to young people who want to enter the sphere of science. He further commented that one should always hold professional skepticism and hold on to a “sense of wonder.”

Dr. Honjo is still leading his lab team in the capacity of “distinguished professor” at the state-run university. Although the competition on the global stage is fierce, he said: “We should refrain from engaging in a competition as if it were a 100-meter race. When most people look toward a certain direction, we instead should look toward another direction as opposed to that. You should have your own way as a trailblazer.”

Another pet phrase of Dr. Honjo is, “The life of a scientist is egoistic.” He has noted the importance of “continuing to think out what you believe thoroughly: Is it of essential significance? Go wherever your curiosity leads you.”

The aim of helping make young researchers feel their scientific endeavors are worth spending their lives on continues to be greatly important to Dr. Honjo. It is said that he intends to donate money from his Nobel award cash prize to Kyoto University’s Honjo Yuhshi Foundation, a fund which provides budding scientists with financial support.